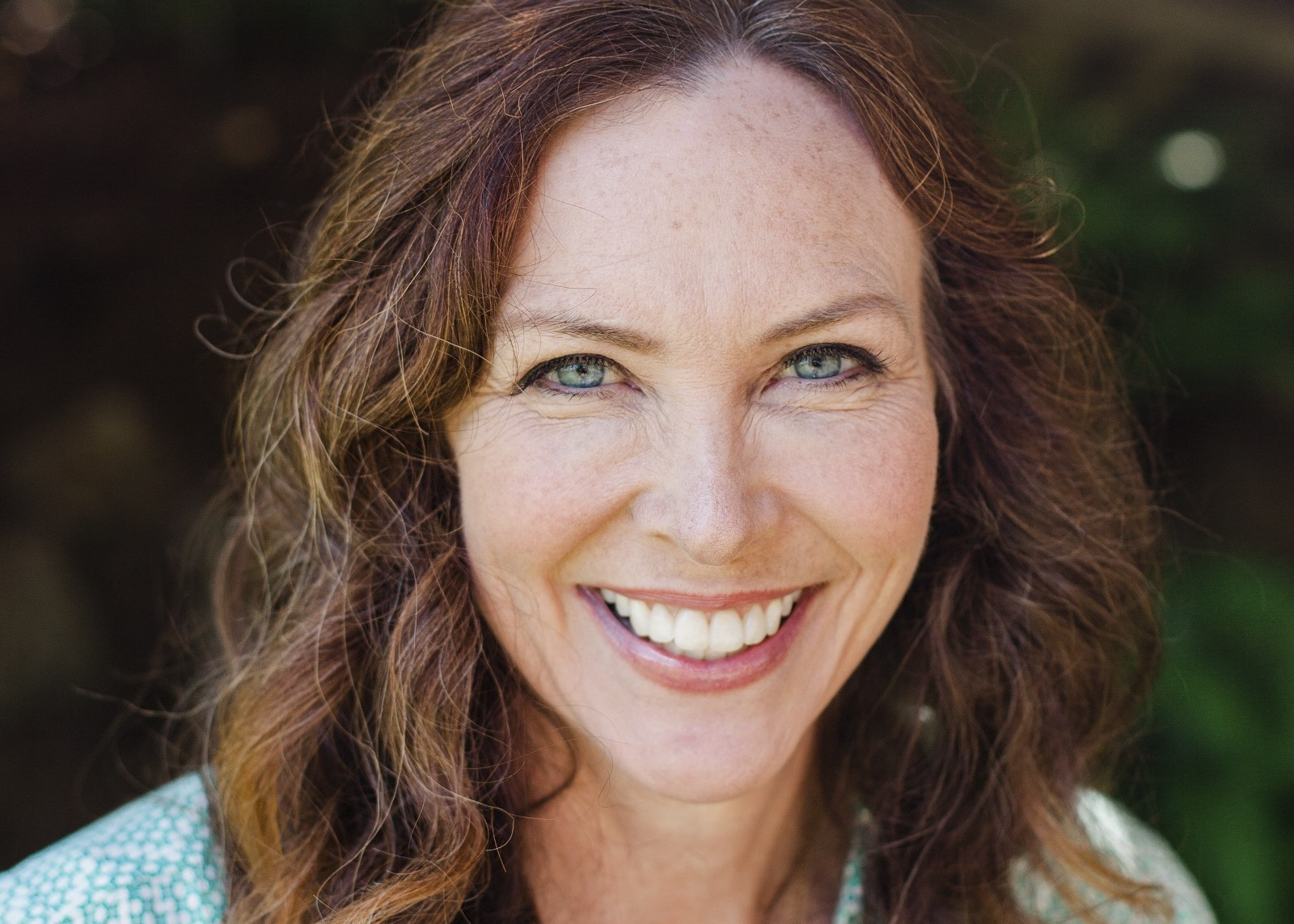 In 2014, not long after I started a job as police reform and public safety adviser to the then-mayor of Seattle, I heard reports from residents and business owners on Capitol Hill of a single individual who was menacing the neighborhood — a one-man crime wave. His name was Travis Berge.

I got to know Berge over the years, wrote reports on him, even helped make him famous in a series of news reports and documentaries. At the end of his six years in Seattle, Berge had racked up dozens of criminal cases and well over 100 police arrests and contacts. He had victimized hundreds of people and dozens of businesses across Capitol Hill, Pioneer Square and downtown.

Berge’s journey is illustrative of an exploding behavioral crisis in Seattle. He moved here from New Mexico, where he had a long criminal record. He was addicted to meth, homeless throughout his stay here and alternately charming or terrorizing. Most of Berge’s offenses were serious misdemeanors, including assault, harassment, repeat theft, trespass and property destruction. But some were felonies. According to court records, he attempted to rape a young runaway sleeping in a business alcove, smashed out all the windows of a county building downtown and assaulted police officers on multiple occasions.

Virtually every minute that Berge was not in jail, he was involved in one crime or another. On many occasions, he promised judges that he would reform and entered treatment programs. But he always returned to the streets unchanged.

On Sept. 16, 2020, Berge used a hammer to bludgeon to death his fiancée, Lisa, in their encampment at Cal Anderson Park. When police closed in on his location, he barricaded himself in a park maintenance building and drowned himself in a vat of chemicals.

While Berge’ Seattle story is extreme, many of its themes are not unique. According to an analysis I conducted in 2019, the vast majority of misdemeanor crimes that occur in Seattle — car prowls, shoplifts, random assaults, harassment, property destruction and criminal trespasses — are committed by people who, like Berge, are experiencing drug addiction, homelessness and mental illness. So much so, in fact, that people in the criminal justice system have begun to refer to these repeat offenders as “familiar faces.” (This does not mean that a majority of homeless people or people with mental health issues commit crime, only that the majority of these high-frequency crimes are committed by people with these conditions.)

The criminal and erratic behavior of the familiar faces surely helps explain the increasing citywide concern over public safety and homelessness. That is reflected in recent polling by the Seattle Metropolitan Chamber of Commerce and the Crosscut/Elway Poll, which found that homelessness and crime are top concerns for city residents.

Seattle’s elected leaders have floundered in response to the crisis brought on by these familiar faces. Many, particularly on the Seattle City Council, have conflated the repeat offenders with the wider homelessness crisis, leading to policy paralysis. But, above all, the failure rests with the City Attorney’s Office, whose fundamental job is to quarterback the coordination among police, prosecutors, the Seattle Municipal Court and the jail to respond to evolving public safety challenges.

For the past 12 years, the City Attorney’s Office has fallen into deep disrepair under the leadership of Pete Holmes. As documented in my ”System Failure” report, many cases are not filed until over a year after the incident, almost half of all cases are declined without explanation, and relatively few cases get resolved. The result is that the criminal justice system has almost no rehabilitative or deterrent effect on familiar faces. To the public, the city seems helpless and hapless in the face of this deteriorating behavioral crisis.

A more productive response to this thorny problem is daily coordination by criminal justice partners around the familiar faces population. First, there should be a plan for how to change the behavior of every high utilizer, whether that be substance use disorder treatment or a stay-out-of-drug-area order, and that should be paired with meaningful supports for improved behavior, like shelter and housing.

Second, each department should be committed to that plan, and each should share information. If Johnny is supposed to be in a treatment program and he walks away, that program needs to immediately notify the court, prosecutors and officers.

And, finally, punishments need not be harsh, but they should be swift and certain. Repeat offenders must know that the criminal justice system will hold them accountable for serious offenses tomorrow, not 18 months from now.

In August, voters finally decided to hold Holmes accountable for his listless leadership in this growing behavioral crisis. That should have created an opportunity for a thoughtful policy debate about how to reform the criminal justice system to improve public safety and get better outcomes for the familiar faces. Unfortunately, that debate will have to wait.

Instead, Nicole Thomas-Kennedy, the leading vote-getter in the primary, proposes to burn it all down. Following the tune of a growing national movement, she wants to abolish the police, abolish the jails and stop prosecuting virtually all misdemeanor crime. She claims she would replace the criminal justice system with housing, treatment programs and victim compensation programs, but leaves unstated how she would get the city to this fantasy world.

If Thomas-Kennedy is elected, voters may not have to wait long to experience life without police officers. The foreseeable consequences of electing a chief prosecutor with a self-described “rabid hatred” of police — who responds to the police chief’s Christmas Eve message to officers by saying she hopes the cops “eat COVID-laced shit” — are clear.

How many police officers would continue to work for a city whose voters elected a chief prosecutor who repeatedly cheered violence against them and called them, in a series of tweets, “Nazis” and “pigs”? My guess is very few. For a department already reeling from the loss of 300 officers over the past 21 months, it could be a knockout blow. Officer recruitment would likely dry up, and every additional departure would add more strain on those who remain, prompting even more departures in an organizational death spiral.

Today, seven in 10 Seattle residents say they are afraid to come downtown at night. Imagine what that would look like with virtually no police response whatsoever. How many downtown arts organizations and cultural hubs would survive if people are too afraid to visit for a play, performance or gallery opening?

The vast majority of Seattle police work is responding to calls for service from Seattle residents. In fact, in 2019, the last year of prepandemic data, there were over 286,000 priority 1, 2 or 3 police responses. Every year, Seattle police respond to approximately 10,000 assault calls. Fewer officers means less response, if any, to those calls.

The alternative to Thomas-Kennedy’s radical approach is Ann Davison, an attorney, arbitrator and civil litigator. Davison does not have extensive criminal law experience, but her overall centrist pragmatism squares with many voters’ gut feelings. The city doesn’t feel as safe as it should, and we need meaningful solutions, not task forces, that balance accountability for criminal activity with compassion and resources for the underlying causes of many problem behaviors. (Disclosure: I help with an independent expenditure committee, Seattle for Common Sense, which supports Davison.)

Like many voters, I did not know much about Davison and didn’t pay close attention to this race until after the primary. I sat with her in August for an extended conversation. She understands that we can’t arrest our way out of the familiar faces crisis, nor can we just offer social services and be done with it. We need to do both. And we need to hold the criminal justice system, particularly the City Attorney’s Office itself, accountable for improving outcomes.

Having worked in and around our city’s familiar faces challenge for many years now, I also recognize something refreshing in Davison that’s been missing from City Hall — a buck-stops-here willingness to take responsibility for improving public safety. After watching elected officials point fingers, create task forces and play hot potato, Davison says she is ready to own this challenge. Voters should give her that chance.

After Berge killed his fiancée, police officers responded to Cal Anderson Park and tried for several hours to get him to come out of the maintenance building and surrender. Crowds of anti-police protesters surrounded the police and jeered them, even interfering with the scene of Lisa’s murder. It was a real low point for the city. Seattle’s criminal justice system had failed Lisa, failed Berge, failed our neighborhoods and it failed our police, who were left to deal with him week after week.

That night, when the Seattle Police Department announced the domestic violence murder-suicide on Twitter, Nicole Thomas-Kennedy replied to the city’s official police account: “Stop pretending like you keep anyone but yourself safe you irrelevant leaches (sic).” That’s the real NTK. If Seattle elects her as our city attorney, we’ll get what we deserve. 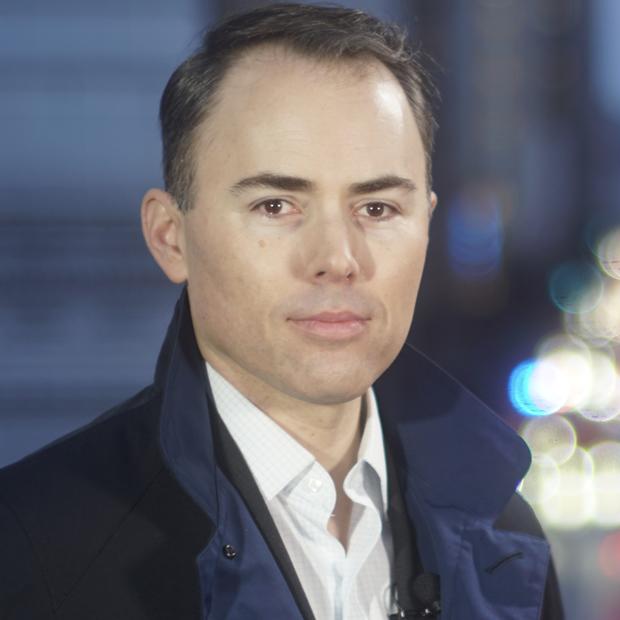 Scott Lindsay, an attorney and public policy consultant, previously served as police reform and public safety advisor to the mayor of Seattle.