Ticket prices at Seattle sports venues are unaffordable for too many

Climate Pledge Arena — and other professional sports destinations — should do more to make the experience affordable to everybody. 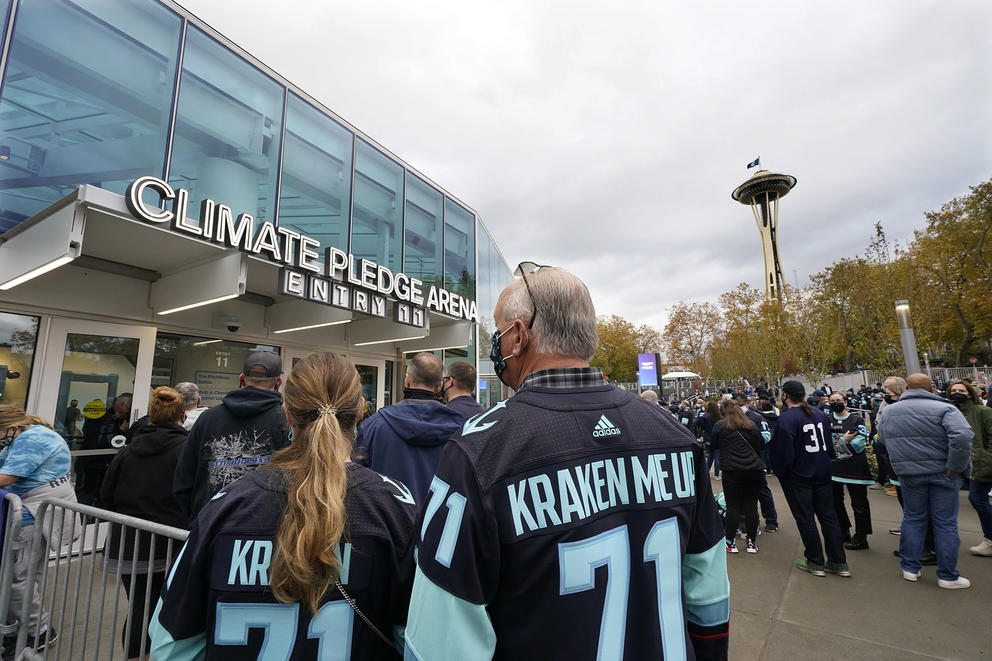 I have not yet stepped foot inside the newly opened Climate Pledge Arena, but I have seen the concession prices, and whew! As a childless millennial with no real financial future, I might be willing to drop $9 on a bottled water, but I couldn’t imagine feeding a family at a Kraken game, especially on top of tickets.

It’s not exactly news that the professional sports fan experience has grown more expensive over time, often reaching exorbitant heights. For a family of four, an average NFL outing in 2021 comes out to $568.18 — or $588.98 here in Seattle — and an MLB game clocks in at $253.64. That’s according to the Fan Cost Index, a resource maintained by the publication Team Marketing Report.

There’s no FCI for the NHL yet, but a single Kraken ticket on Ticketmaster runs over $100, according to my browsing.

For wealthier people in the Seattle area, some of these numbers might be a drop in the bucket. The median household income in the city is over $100,000, so there certainly are people here who can spend big bucks on sports without breaking the bank. But for middle- and working-class folks in the Puget Sound area, professional sports games have gone from being regular fixtures of life to special, even luxurious, occasions.

That’s not a phenomenon unique to our region; it’s nationwide.

As Los Angeles Times staff writer Bill Shaikin noted in a 2019 report on ticket prices down in the Golden State, the “arms race to turn athletic venues into opulent cash machines … has all but left the common fan behind.” Shaikin fears that this “focus on maximizing revenue from the current generation of fans” means many teams “risk losing a future generation of fans” to computer screens — and that’s warranted.

If my siblings and I hadn’t grown up going to Dodgers games, trying to catch foul balls on the sidelines, none of us would understand the weird appeal of eating a hot dog while watching, well, almost nothing happen. There’s a degree of the spiritual in the sports experience, after all: in the age of the flat screen, going in person is often more about the ritual than anything else.

That said, your church probably didn’t cost $1.15 billion to build, as Climate Pledge did. Increasingly, developers and governments are constructing shockingly expensive venues, even after adjusting for inflation. Most of the world’s 10 most expensive stadiums are in the United States, all of them costing about $1.5 billion or more, all of them breaking ground since 2005. Much of that can be attributed to construction costs, but luxury touches, like retractable roofs, video scoreboards and premium materials, add to the sticker shock.

That puts pressure on teams playing in new venues, like the Kraken, to price accordingly.

But if you set it too high for too long, younger viewers will watch at home instead — if they even tune in at all. “That’s the thing that teams need to worry about,” Hartweg warned, “that they’re going to lose this chance to really lock in with this next generation of fans.”

What good is a billion-dollar venue if the young people in your city don’t grow up going to it?

I won’t pretend like we can go back to the more affordable ticket prices of yesteryear, especially as stadium developers compete to keep up with the Joneses. But there are ways to help folks across income brackets develop attachments to the teams they love. The question going forward is: Will these compensatory measures be enough?

The Seahawks are required, by a 1997 referendum that authorized the building of their stadium, to sell a minimum of 10% of all spectator sites at a price “not greater than the average of the lowest ticket prices charged by all NFL teams during the preceding NFL season.” That may be cold comfort, however, given NFL ticket costs nationwide.

There’s plenty of room to offer relief at the concession stand, though:  Mercedes-Benz Stadium in Atlanta lowered food prices and discovered — gasp! — that more people buy hot dogs when they are less expensive, which leads to increased fan spending overall.

Teams can reduce the barrier for entry by allotting specially priced tickets for families and lower-income fans. Recently, the Seattle Storm has offered a BECU Early Saver Zone targeted at families and community groups. Now that they’ll finally be playing in their own freshly renovated arena in 2022, season ticket holder prices have climbed, but the Storm still plan to implement similar measures. (Full disclosure: I’m a Storm season ticket holder.)

Jeff Hoffman, the Storm’s senior manager for public relations, told me, “We are in the planning process for some seating/ticketing specials such as the BECU Early Saver Zone, which should help make Storm games affordable for families to watch the four-time WNBA champs at Climate Pledge Arena this year and beyond.”

“We aren’t quite ready to announce those at this point, but will roll them out closer to the season,” he added.

Katie Townsend, the Kraken’s marketing and communications senior vice president. told me that the team distributes over 300 tickets per home game “via different community groups and organizations,” about 200 of them free through a Starbucks partnership that has reached local teachers, El Centro de la Raza, YouthCare, Northwest Harvest and more. The other 180 tickets are made available for $20 each to local organizations like “youth hockey programs, boys and girls clubs, indigenous groups, school programs, etc.,” Townsend added.

“We’re thrilled to have already welcomed over 3,000 people to our community seats in less than two months, and we’ll continue to evaluate the success of these programs and adapt where necessary,” she told me.

And perhaps the Kraken will start following Atlanta’s lead after some of the initial social media reaction to concession costs. Townsend noted that Climate Pledge Arena has “lowered the cost of water and introduced a beer at a lower price point” in addition to planning a lower-priced kid’s food option.

In the meantime, I’ll be watching hot dog prices and ticket prices alike, eagerly waiting my own pilgrimage to the ice.