In pop culture, the relocation of 'marriageable' women to places like Seattle was played as a humorous, feel-good story. It wasn’t. 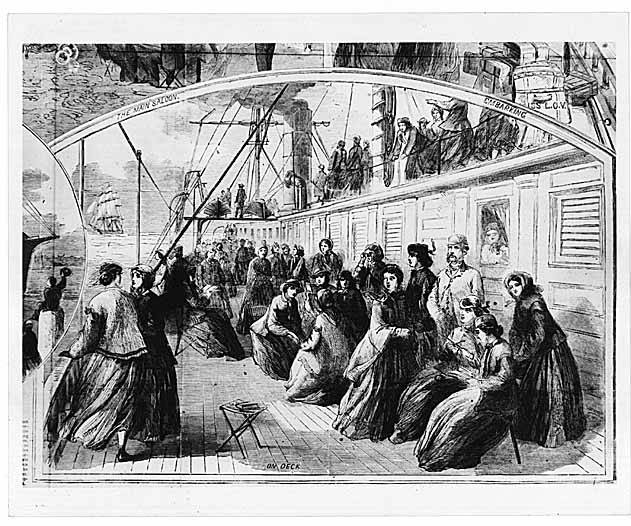 An illustration from the Jan. 6, 1866 issue of Harper's Weekly shows women recruited by Asa Mercer to move to Seattle from the East Coast. (Alfred Waud)

In the midst of the Civil War, a man named Asa Mercer headed East to seek out women to move to the small frontier town of Seattle. It’s a familiar story, one that a century later inspired a television show called Here Come the Brides.

That show played the scheme for good-hearted laughs, but the reality was no laughing matter. Settling the frontier was a largely male enterprise, and the desire for women for labor, partnership and sex led to practices that highlight the patriarchy, racism and exploitation that shaped early American life.

For this episode of the Mossback Podcast, Berger and co-host Sara Bernard detail the conditions that gave rise to the so-called Mercer Girls, the racist underpinnings of early laws that helped lead to such trafficking of white women and how the mistreatment of Native and First Nations women and girls by white men on the frontier was a precursor to the Murdered and Missing Indigenous Women of today.

Before listening, we suggest you watch the original Mossback's Northwest episode about the Mercer Girls here.