State lawmakers want to help struggling renters, small businesses and other people find a way back from the pandemic-induced economic downturn. 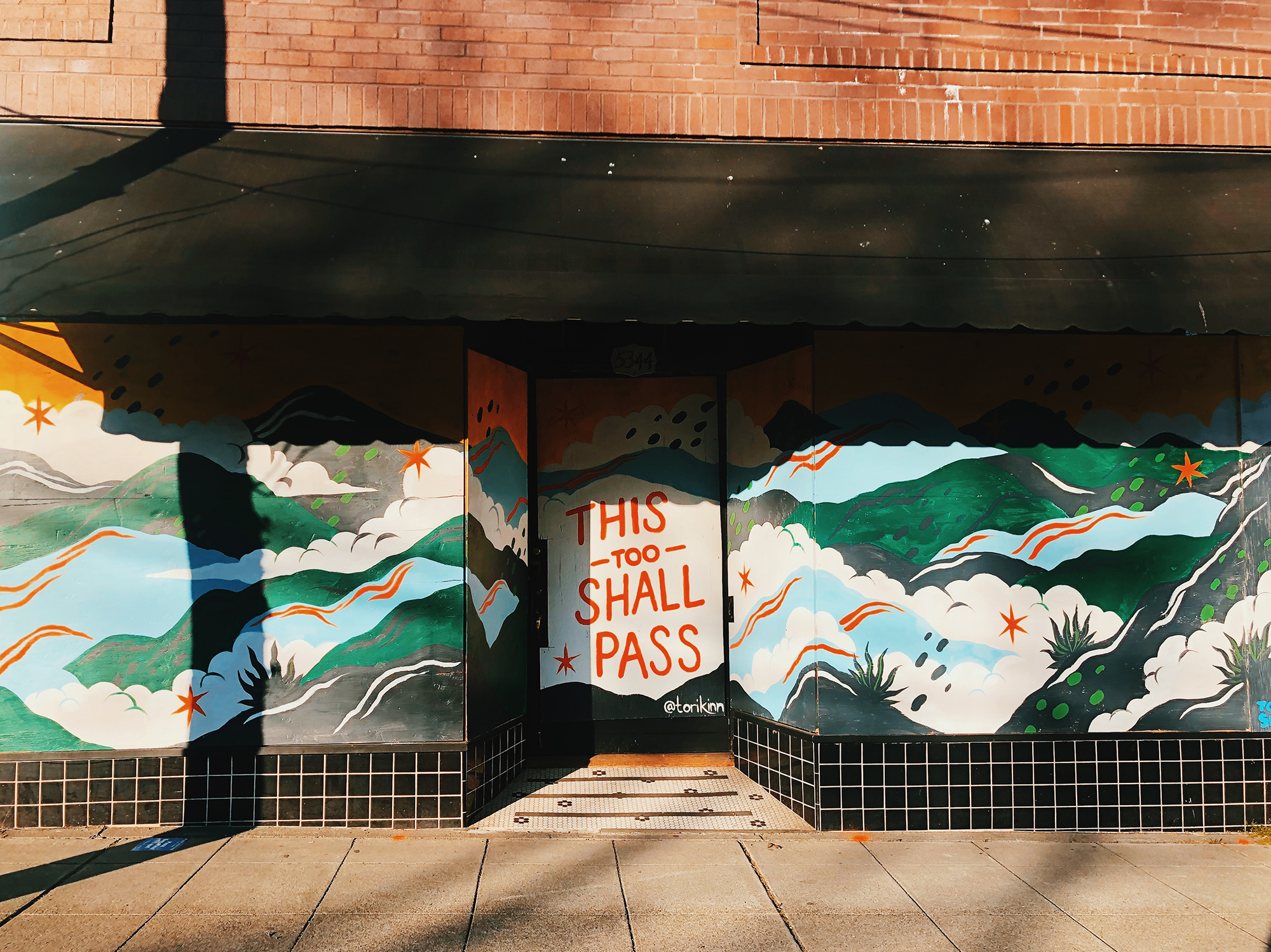 Murals painted by artists on shuttered businesses line Ballard Avenue, April 12, 2020. State legislative leaders announced a new COVID-19 relief package, aimed at helping renters, small businesses and other people find a way back from the economic downturn that was triggered by the pandemic. (Sarah Hoffman/Crosscut)

The spending plan would mostly distribute money that the federal government has already sent the state for pandemic relief.

But by approving the measure now, as opposed to waiting for the Legislature to agree on a new two-year budget later this spring, legislative leaders hope to get the money to those who need it much sooner.

The one-time relief package, which Democratic leaders in the House and Senate have already negotiated, is expected to pass the Legislature by mid-February.

In a news release Friday, Senate Majority Leader Andy Billig, D-Spokane, said the package is only the start of what legislative leaders plan to do to address the fallout from the pandemic.

“Our work is not finished until the virus is gone and Washington’s economic recovery is complete,” Billig said in a prepared statement.

The largest share of money in the relief package would go toward K-12 public schools, which would receive $668 million. The package would require schools to submit plans for reopening — or at least increasing in-person instruction — by March 1. Districts would also have to create a plan to address student learning losses by June 1. An additional $46 million would go toward helping private schools.

About $618 million would go to the state’s public health system, with about $80 million earmarked specifically for distributing vaccines. The rest of the public health money would go toward other aspects of the pandemic response, including testing, contact tracing and responding to outbreaks.

Renters would benefit as well. The plan would put $365 million toward rent and utility assistance, with the money focused on areas with high unemployment. Some of that money would specifically be targeted toward helping low-income renters avoid eviction and preventing foreclosures among people behind on their mortgage payments. About $2 million is specifically geared toward helping landlords who have lost rental income during the state's eviction moratorium.

Another large chunk, $240 million, would go toward helping small businesses stay afloat. About 12,000 businesses would be able to receive grants under the plan, legislators estimated.

Other parts of the relief bill would increase funding for child care centers, emergency food assistance and aid for immigrants who lack legal residency status and can’t access some federal relief programs.

Democrats — who control the state House, state Senate and the governor’s mansion — have been negotiating the relief package behind closed doors for the past few weeks.

In an interview Friday, Stokesbary said he thinks Democrats should spend more to help low-income families and provide rental assistance, and do it quickly.

He also thinks some of the money for schools should be tied to the schools actually reopening, not just submitting plans to do so.

State Sen. Christine Rolfes, the Senate’s lead budget writer, said her goal is to push the federal relief money out quickly. Debating the use of the rainy-day fund money would likely cause delays, she said.

Rolfes, D-Bainbridge Island, said she also wants to keep the emergency-fund money available to cover other costs that are building during the pandemic, which lawmakers will have to address in their larger two-year budget later this spring.

Other parts of the negotiated COVID-19 relief plan would reduce what businesses have to pay in unemployment taxes, waive liquor licensing fees for struggling small businesses, and exempt businesses from having to pay taxes on loans they received through the federal Paycheck Protection Program.