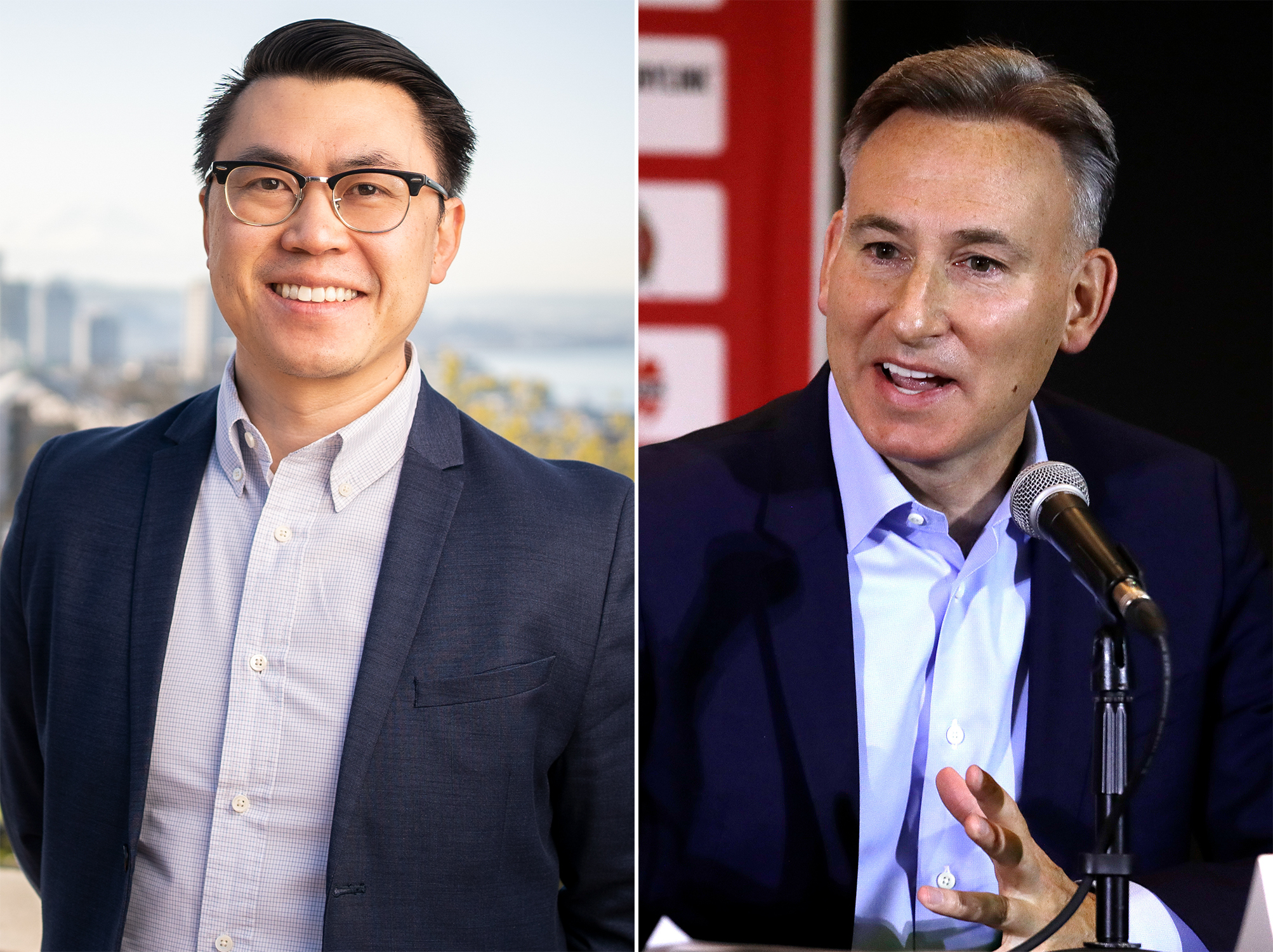 That may be about to change. On Tuesday, state Sen. Joe Nguyen, D-West Seattle, announced  he is challenging Constantine for the county’s top leadership position.

Nguyen, 37, won election to the state Senate three years ago in a crowded primary for an open seat. In the general election, Nguyen defeated a better-funded candidate, Shannon Braddock, who happens to be Constantine’s deputy chief of staff. At the time, Braddock was in another high-ranking job in Constantine’s office.

In an interview Monday, Nguyen said he’s running in part because county leaders have talked a great deal about issues such as fixing the racial wealth gap and erasing racial bias in policing, but have been too slow to take action.

“I want to run because I think the pandemic really exposed a lot of inequities communities have faced for a long time,” Nguyen said Monday. “For too long we have had leaders who haven’t delivered for the community on things that are important for all of us.”

Nguyen, the son of Vietnamese refugees, added, “When you have been impacted by a failed policy in the past, it gives you the sense of urgency to fight to fix them in the future as well.”

Outside of the Legislature, Nguyen works as a senior program manager at Microsoft.

Constantine, a lawyer who previously served in the Legislature and on the King County Council, announced last fall that he would run for a fourth term.

While the position of county executive is nonpartisan, Constantine, 59, is a longtime Democrat.

In a November news release announcing his reelection bid, the college-radio DJ turned politician said he was focused on helping King County recover from the pandemic. He said he also wants to “use this unprecedented moment to rebuild and create a fairer, more just society.”

Should he win a fourth term, Constantine said he would work to expand behavioral health services and housing options for people experiencing homelessness, as well as improve transit options throughout the region.

“We are a growing region that welcomes new residents,” Constantine said in the November news release. “The only way we can reliably get people where they need to be, and meet our ambitious climate goals, is to complete our high-capacity rail network, and build the housing, jobs, child care, and services near these transportation hubs to support growing, diverse communities and opportunity for all.”

Over the past two months, Constantine has been racking up endorsements from local and state politicians. In February, he announced he was being endorsed by about three dozen state lawmakers, including eight of Nguyen’s Senate Democratic colleagues. Also endorsing Constantine are Democratic Gov. Jay Inslee, the King County Labor Council and 13 local mayors, including Seattle Mayor Jenny Durkan.

Constantine also has a leg up on Nguyen when it comes to fundraising. According to campaign finance reports, Constantine has about $373,000 on hand to help finance his reelection campaign. While Nguyen could potentially use donations to his Senate campaign committee to bolster his bid for county executive, he so far has raised only about $26,000.

All of that means that winning could be difficult for Nguyen.

That said, in the past few years, young politicians of color — including Nguyen in his 2018 Senate bid — have outperformed expectations in several King County races, defeating more experienced politicians or candidates favored by the Democratic establishment.

In 2019, Girmay Zahilay defeated Larry Gossett, a 25-year-incumbent, to win a seat on the King County Council. The same year, Sam Cho defeated former Bellevue Mayor Grant Degginger to claim a seat on the Port of Seattle Commission.

Nguyen said he thinks that reflects the King County electorate becoming more diverse, as well as a growing desire for change.

King County’s new youth detention center is one area where Nguyen said he disagreed with Constantine’s approach. Nguyen said he would have worked to stop the construction of the new juvenile justice center, which he said doesn’t comport with the county’s goal of reaching “Zero Youth Detention.”

Constantine, for his part, has noted that the new facility was approved by voters to replace an old, ailing one. Still, Constantine has committed to converting the new detention center to other uses by 2025.

Gossett, the former King County Council member, said that given Constantine’s prowess at fundraising, he thinks Nguyen “doesn’t stand much of a chance.”

“However, I said that when he ran against Shannon Braddock,” said Gossett, referring to Nguyen’s successful 2018 run for state Senate.

Gossett said Constantine’s administration has “hardly had any scandals,” which could make defeating Constantine more difficult.

“He has been a smart and successful politician — I don’t see any weaknesses in his armor,” said Gossett, 76, a longtime civil rights leader. Gossett has mostly stayed out of politics since losing his seat to Zahilay two years ago.

Hilary Franz, the state’s commissioner of public lands, said that after working with Nguyen, she is “incredibly impressed with his energy, his positive ‘get-it-done’ attitude.” She said he worked with her this year to help ensure a new wildfire funding bill included opportunities for formerly incarcerated individuals to find jobs in firefighting and forest management.

Franz said she isn’t formally endorsing Nguyen and hasn’t spent much time analyzing the race, but has been impressed with his work to help divert young people from the criminal justice system, as well as his work to provide more money for housing and homelessness programs.

At the same time, Franz said that in working with Constantine, she has seen him also demonstrate a commitment to racial equity, fighting climate change and other important issues.

Franz said she appreciates Nguyen’s drive to solve the state’s biggest challenges while “lifting all people up.”

“He has big goals, because we don’t have time to waste,” Franz said.

Previously, one other person had filed campaign fundraising paperwork indicating they planned run for county executive: Isabelle Kerner, who ran for the Seattle City Council’s District 7 seat in 2019 and lost in the primary. On Thursday, however, Kerner filed paperwork saying she was withdrawing from the county executive race.

People have until May 21 to officially declare their candidacy for elected offices across the state.

This post has been updated to reflect that, after the story's initial publication, Isabelle Kerner said she was ending her campaign for county executive.