While incumbent Teresa Mosqueda went into her reelection bid with little known competition, the primary results changed the race. 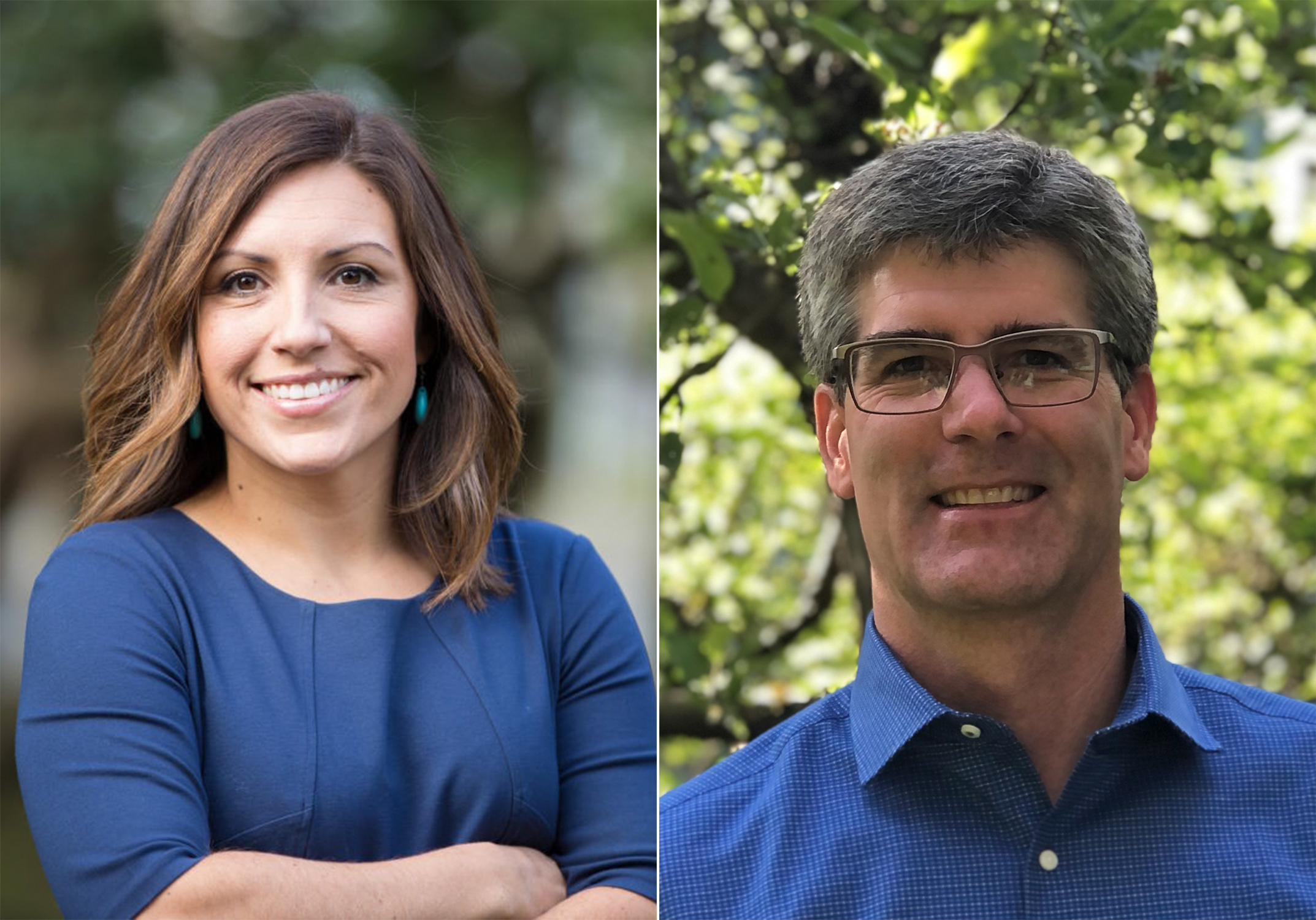 Seattle City Councilmember Teresa Mosqueda and the other candidate for the council's Position 8 seat,  Kenneth Wilson. (Courtesy of the campaigns)

The race for Seattle City Council Position 8 — an at-large seat that anybody in the city can vote for — didn’t get much attention during the primaries. The incumbent, Teresa Mosqueda, seemed well-positioned to be elected for a second term, and of the 10 candidates who filed to run against her, only a few raised any money. In its endorsement of Mosqueda, the Stranger wrote that “the candidates running against her aren’t even worth mentioning.” The Seattle Times editorial board called the competition “nominal” and simply decided not to endorse anyone.

But in the Aug. 2 primary, Kenneth Wilson, a structural engineer from Wallingford with zero name recognition, broke through the crowd and took home a surprising 16.2% of the vote. It was far from Mosqueda’s 59%, but still significant for a candidate who had only seven donors at the time.

When she first ran in 2017, Mosqueda faced a competitive primary and a close general election against Jon Grant, a fellow progressive and former Tenants Union director. The competition is dramatically different this time around, but Mosqueda said her campaign values remain the same. She plans to continue focusing on lifting up workers and small businesses, while fighting for progressive tax revenue for the city.

In the weeks since the primary, the race has grown closer than many expected. The most recent Crosscut/Elway Poll showed that among those likely to vote in the general election, Mosqueda leads with 33%, while Wilson is at 17%. Almost 40% of likely voters said they are still undecided.

Despite her opponent’s unexpected success, Mosqueda said her campaign plans remain largely unchanged. She anticipated a competitive race at the start of the election cycle and planned for significant voter outreach — regardless of the opposition.

“We can’t take voter support for granted and I’m going to earn every vote that’s out there,” Mosqueda said.

She said she’s confident in her track record and is looking forward to addressing any hesitation in upcoming debates with Wilson. She hopes voters will be drawn by her first-term accomplishments and ability to work across ideological divides to build coalitions and pass progressive policy.

In her first term on the city council, Mosqueda advocated taxes on large businesses and stronger worker protections. In 2020, she sponsored legislation that expanded sick leave coverage for families and frontline gig workers. She also led the passage of JumpStart Seattle, a progressive revenue plan for a tax on large companies like Amazon that is expected to raise more than $200 million a year for housing, local business assistance and community development next year. Mosqueda said she hopes a second term will give her the opportunity to help spend the JumpStart money on affordable housing and services.

Mosqueda has been a vocal supporter of cutting the Seattle Police Department’s budget and was active in the Black Lives Matter protests in the summer of 2020. Her  work on policing and progressive taxation has firmly cemented her on the left of Seattle’s political spectrum, alongside other progressives, including Lorena González and Nikkita Oliver, who is in a close race for Position 9, the council’s other at-large seat. Before Council President González announced her mayoral candidacy, there was speculation that Mosqueda would run for that office.

Wilson doesn’t have any political experience, but to many of his supporters, that’s a good thing. He said he frequently hears from people who are worried about the direction of the city and appreciate his status as a nonpolitician. City council positions are nonpartisan, though Wilson’s policy ideas generally align with candidates on the more conservative side of the Seattle political spectrum — a group that includes mayoral candidate Bruce Harrell and council candidate Sara Nelson, who is running for  Position 9.

Since the primary, he has received almost 200 new contributions and thousands of dollars from individual donors. Wilson said he’s humbled by the newfound support.

“I don’t know what to say; in some sense I’m a little embarrassed,” Wilson said.

A licensed bridge structural engineer, Wilson grew up in Nevada and moved to Seattle in 1993 to complete a master’s degree in civil engineering at the University of Washington. He now owns Integrity Structural Engineering, which is currently at work on a pedestrian bridge across Interstate 5 at Northgate.

Wilson hopes to draw on his technical knowledge and background in engineering to bring an analytical approach to the office. He describes himself as not driven by political ideology and that he sharply contrasts politically with Mosqueda and other council members. The political sign in his front yard (advertising his own campaign) is the first he’s ever posted. He admits that politics are somewhat new to him. Wilson said he considers himself an independent and isn’t affiliated with either political party.

“Maybe that’s a bad thing, [when] you’re not politically savvy,” Wilson said. “But I’m not. That’s not where I want to be. I’m trying to get things fixed.”

Along with infrastructure, Wilson lists public safety and preserving the tree canopy as top priorities. He is against defunding the police and said he opposes a hands-off approach to low-level crime.

One of the motivations behind Wilson’s run was the closure of the West Seattle Bridge. A former West Seattle resident, he argued that the city has needlessly cut off the neighborhood and that the upper part of the bridge should be opened immediately to allow a lane of car traffic each way.

Mosqueda, who lives four blocks from the bridge in West Seattle, pushed back on the criticism. She said she understands people's frustrations, but argued that the city has been working as fast as possible while also addressing longevity.

“I think there’s a misalignment between us on what is an actual solution there,” Mosqueda said. “Whether or not I’m an engineer, I do know that we’re working as fast as we can.”

A vast majority of voters list homelessness as their top priority this year. Mosqueda’s approach to the issue involves a housing-first model that centers on immediate access to shelters without barriers for unhoused people. The strategy outlined on her campaign website calls for more tiny homes and for the purchase of apartments, hotels and other multifamily structures on the market that can be converted into shelters. She also wants to scale up sanitation services like public hand-washing stations, while also redirecting city spending to provide additional medical providers, case managers, substance abuse counselors and mental health providers.

“I think it’s unacceptable to leave folks outside,” Mosqueda said. “We need holistic services and housing to bring them in now.”

When it comes to addressing homelessness, Wilson has proposed the construction of a large homeless housing and rehabilitation facility at the site of the former King County Metro station in Northgate. He said the location is perfect because residents would be able to cross the new Northgate bridge (the one his company is currently working on) to attend classes at North Seattle College. The new light rail station in the area would also enable transportation to jobs across the city. The site would have professional support staff to help people with addiction and mental health needs, as well as career counseling, he said.

For a variety of reasons, many unhoused people don’t want to go to shelters. Wilson said he would work to overcome this by advertising the value of the Northgate facility.

“We have to convince them and that’s a good thing. It’s like any business,” Wilson said.

Mosqueda supports rezoning across Seattle to allow for more affordable housing units. Wilson said he’s against most upzoning, and worries that ending single-family zoning in many neighborhoods would increase congestion and strain local infrastructure.

“I’m not anti-development, but you have to be intelligent about it,” Wilson said.

Wilson wasn’t able to think of a policy area where he and Mosqueda agree. Mosqueda said she thinks the two are on the same page about the need to help small businesses recover from the COVID-19 pandemic, though she doesn’t yet know how Wilson plans to accomplish that.

Wilson is doing better than many expected, but will have to overcome significant hurdles in the general election. Sandeep Kaushik, a political consultant not involved in this year’s campaign, said that even though some previous council members lacked experience in elected office, they almost always had some sort of political experience they could point to.

Still, Kaushik said, there’s growing frustration among some voters over the city council’s recent performance. For some, there’s a perception that the further-left members of the council are too focused on activism and unwilling to budge on ideological issues, he said.

“The people that are most frustrated with the current direction of the city or the city council, I think they’re a wellspring of support that [Wilson] can tap into,” Kaushik said.

But even if Wilson were to fully harness the perceived backlash, Kaushik doesn’t think it would be enough to overcome Mosqueda.

Recent polls, including the Crosscut/Elway Poll, show many Seattle progressives are struggling against their more moderate opponents, but Mosqueda still has a firm lead over Wilson. She also has support from local labor groups and from U.S. Rep. Pramila Jayapal, U.S. Sen. Bernie Sanders and many other prominent Democrats.

Even though he disagrees with her on many issues, Kaushik still supports Mosqueda. He said it’s because of her willingness to cooperate across the ideological spectrum. That good-faith cooperation has made her more popular with voters, and may help explain why Mosqueda didn’t attract more established opposition in the primary, Kausik said.

In the months leading up to the general election, Wilson plans to continue attending neighborhood meetings and doing voter outreach while also running his engineering business. He’s hiring a campaign manager to step in for his wife, who no longer has time to manage what has quickly become a full-time job. As a political outsider, the odds against Wilson are steep, but, Kausik said, nothing is impossible. 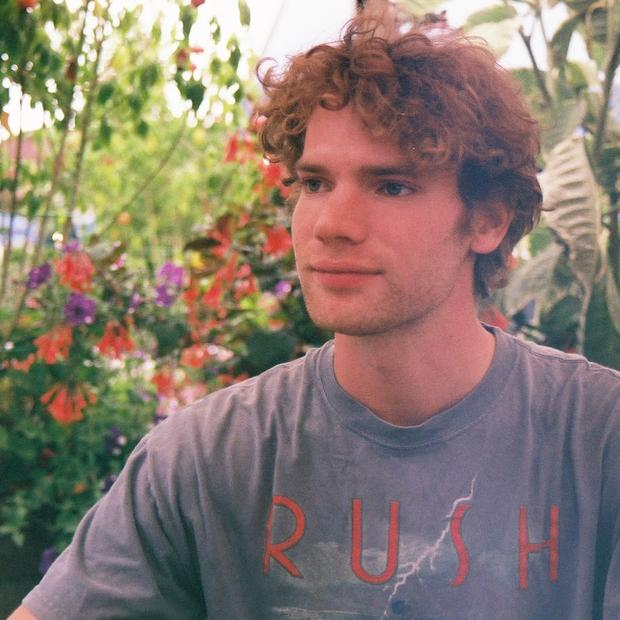 Nate Sanford is a reporter based in Seattle and Bellingham. His work focuses on the environment, culture and local government. You can find him on Twitter at @sanford_nate and at sanfordnate@gmail.com.