'This is a banned chemical, it's a known carcinogen — and here we are putting it on the faces of women.' 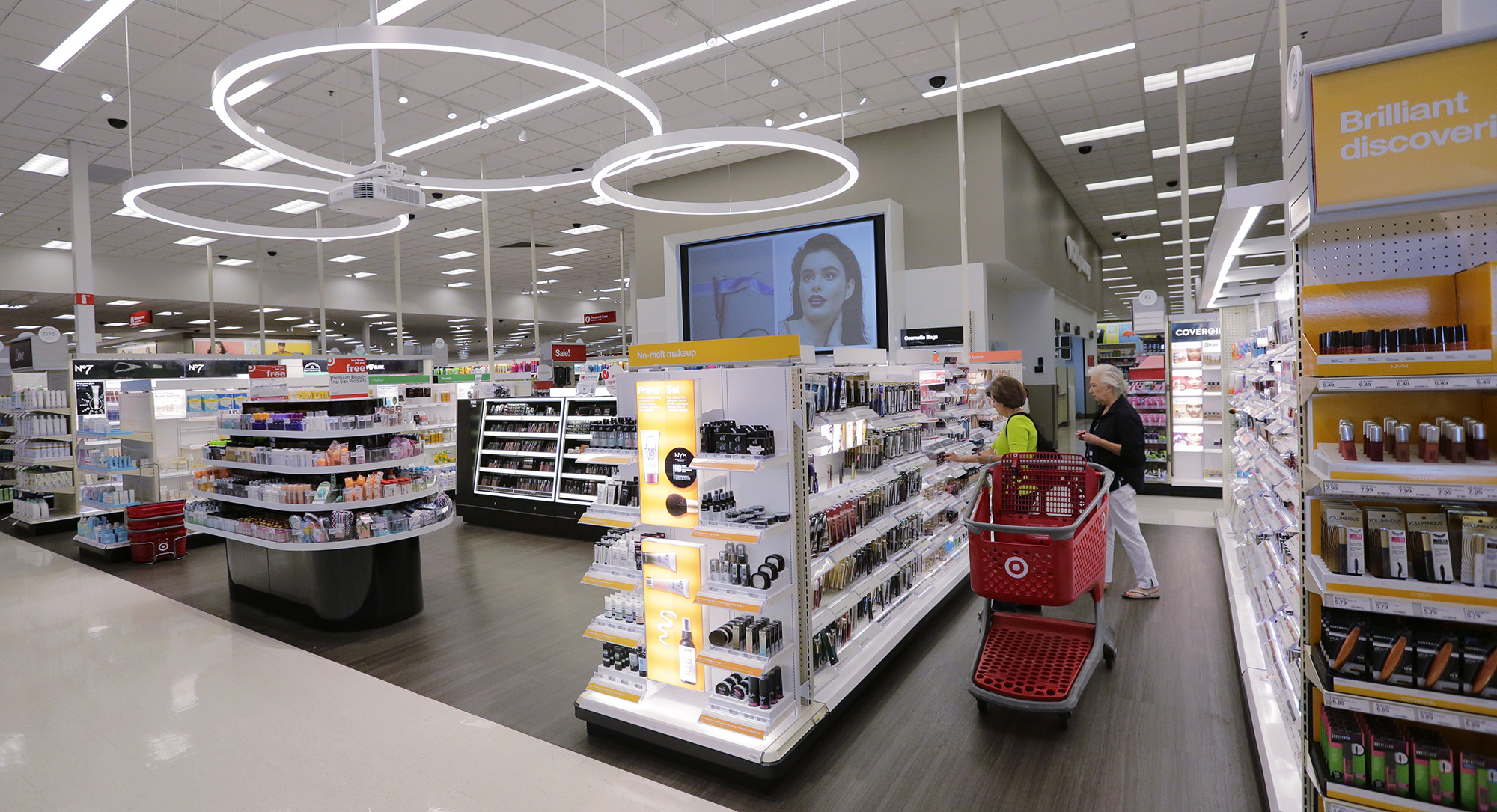 A measure advancing in Washington’s Legislature would ban the use of perfluoroalkyl and polyfluoroalkyl substances, or PFAS, in cosmetics. These chemicals are often used to make beauty products — such as mascara, foundation, and lipstick — water-resistant and longer lasting. In high amounts, the chemicals may also increase cholesterol levels, hamper immune responses, cause pregnancy complications and increase the risk for certain types of cancers, according to the Centers for Disease Control and Prevention. (Eric Gay/AP)

A type of chemical that Washington state already bans in firefighting foam is something you’re still able to use on your face — but that may not remain the case for long.

A measure advancing in Washington’s Legislature would ban the use of perfluoroalkyl and polyfluoroalkyl substances, or PFAS, in cosmetics. These chemicals are often used to make beauty products — such as mascara, foundation, and lipstick — water-resistant and longer lasting.

In high amounts, the chemicals may also increase cholesterol levels, hamper immune responses, cause pregnancy complications and increase the risk for certain types of cancers, according to the Centers for Disease Control and Prevention.

Senate Bill 5703 would ban the sale and distribution of cosmetics with added PFAS in Washington state starting Jan. 1, 2025. The measure would also ban adding other chemicals, including formaldehyde and mercury, to cosmetics, while setting limits for how much lead can be present in beauty products.

The proposal comes four years after state lawmakers voted to stop the sale and distribution of firefighting foam that include PFAS, and also voted to restrict the use of PFAS in food packaging.

While those bans are being phased in and have some exemptions, state Sen. Mona Das, D-Kent, said there’s no reason the same chemicals should be allowed to be added to cosmetics.

“We have already banned this in our state for firefighters. Why are we not banning this for 50% of our population?” said Das, the prime sponsor of SB 5703.

“This is a banned chemical, it's a known carcinogen — and here we are putting it on the faces of women,” she said.

The bill passed the state Senate on a 26-21 vote on Feb. 14. It is now under consideration in the state House.

Das’ proposal is similar to a measure passed in California, which starting in 2025 will ban several chemicals from cosmetics, including 13 specific types of PFAS.

Washington’s measure would go further, however, in banning the whole class of PFAS additives, as opposed to only certain ones.

The Washington state proposal would also ban an entire group of chemicals known as phthalates, which are known to disrupt the endocrine system and are associated with pregnancy complications.

Part of the concern about PFAS and other chemicals in cosmetics is about the compounds entering water systems and accumulating in soil, said Heather Trim, executive director of Zero Waste Washington.

These chemicals “are forever — they don’t degrade,” Trim testified during a Jan. 12 public hearing before the Senate Environment, Energy and Technology Committee.

“When people are bathing, showering, washing their hands, these chemicals are all washing off,” Trim said. Even after going through sewage treatment plants, PFAS can flow directly into water bodies, as well as turn up in compost, Trim said.

According to the state Department of Ecology, PFAS have been detected in groundwater supplies in Washington, as well as in osprey eggs and in fish.

“Any toxic or other hazardous effects of these chemicals will be with us for many decades,” Ecology officials wrote in a report last year.

A recent peer-reviewed study that looked at breast milk from 50 Seattle-area women also found traces of PFAS in all 50 breast milk samples.

“It is so concerning that we have these kinds of chemicals we are passing on to our vulnerable babies,” said Laurie Valeriano, executive director of the Seattle nonprofit Toxic-Free Future, whose scientists worked on that study with researchers from the University of Washington.

But companies that produce shampoo, makeup and other cosmetic products have expressed concern about Washington state potentially adopting regulations that don’t align with those in other states and countries.

The European Union has already taken several steps to regulate PFAS in cosmetics, as well as in other products. Maryland lawmakers enacted a ban on chemicals in cosmetics last year that is designed to align with the European rules, as well as California’s.

Nora Palattao Burnes, a lobbyist for the Personal Care Products Council, told lawmakers at the Jan. 12 hearing that the organization wants to avoid setting up a patchwork of different regulations. The council represents more than 600 companies that make cosmetics and products such as lotion, shampoo and perfume.

“Global regulatory alignment is good news for consumers, who should not have to worry about the presence of these ingredients, and good news for manufacturers who will benefit from the cohesion,” Burnes said during the hearing.

SB 5703 was subsequently amended to remove some chemicals from the proposed ban list.

While the Personal Care Products Council declined to comment on the changes to the bill, the amendments did address some concerns raised early on by the Association of Washington Business. The business lobby group is neutral on the proposal, meaning it isn’t actively opposing it any longer, but also isn’t urging lawmakers to pass it.

State Sen. Shelly Short, the Senate Republican floor leader, said she wished there had been a lengthier discussion of which chemicals would be banned and how prevalent they are in cosmetics. Republicans, who are in the minority in both chambers of the Legislature, opposed the measure when it came up for a vote in the Senate.

“We still don’t know the universe of where these products are located and how many are out there, and I think a needed step would have been to know that before regulating it,” said Short, R-Addy, during her Feb. 14 floor speech.

A peer-reviewed study published last year in the journal Environmental Science & Technology analyzed 231 cosmetic products and found evidence of PFAS in 63% of foundations, 55% of lip products and 47% of mascaras. Few of those products were labeled as containing PFAS, however.

A significant portion of SB 5703 would focus on the disproportionate impact chemical additives in cosmetics pose to women of color. Recent Nielsen reports have found that Black women spend significantly more money than their white counterparts on beauty products and personal care products.

Ami Zota, an associate professor in the department of environmental and occupational health at George Washington University, said Black women not only use more types of personal care products, but “the products marketed toward them contain more toxic chemicals.”

“Compared to white women, women of color have higher levels of beauty product-related environmental chemicals in their body, and these differences are not explained by differences in income,” Zota said at the Jan. 12 public hearing on SB 5703.

SB 5703 would require the state Ecology Department to test cosmetic products marketed to women of color to identify any harmful chemicals those products contain. The department would then need to create an outreach and education program to help alert women to the presence of those chemicals, with a focus on culturally appropriate education and outreach to members of racial minority groups.

Das’ proposal is scheduled for a public hearing Feb. 22 in the House Energy and Environment Committee. Committee Chair Joe Fitzgibbon, D-West Seattle, said he hopes to pass the bill out of the committee before a key legislative deadline on Feb. 24.

The full House of Representatives would then need to approve the measure before it could go to Gov. Jay Inslee’s desk and become law.

Lawmakers are scheduled to end their 2022 session on March 10.