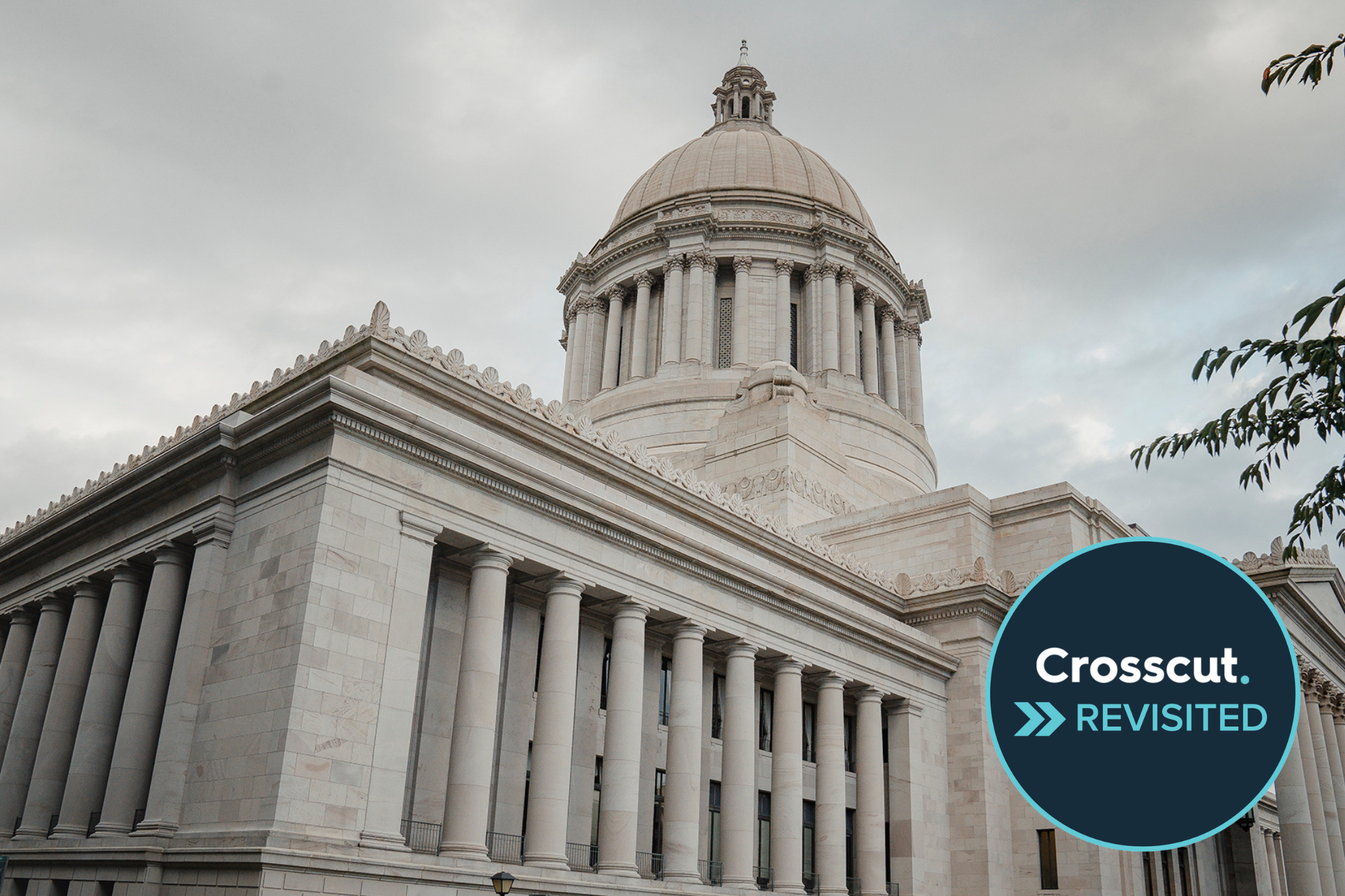 Should the legal system treat drug possession as a crime? How can society compel people with serious substance-use disorders to get treatment? And how do elected officials handle those questions?

It’s been nearly two years since the state Supreme Court’s February 2021 ruling, known as the Blake decision, struck down Washington’s felony drug possession law. The ruling essentially invalidated decades’ worth of criminal convictions, as well as their legal financial obligations, like paying restitution for those crimes. And the court order – which took state lawmakers and Gov. Jay Inslee by surprise – brought to the forefront these long-simmering questions about what a post-war-on-drugs society should look like.

As a stopgap in the wake of the court decision, lawmakers and Inslee approved legislation that year that made unlawful possession of a drug a misdemeanor crime on the third violation, with officers supposed to present treatment options the first two times. Never intended as a permanent solution, that law sunsets in July 2023.

Now lawmakers and Inslee must decide how the state handles both possession and treatment for narcotics – and they have a firm deadline.

As they return to Olympia in early January, legislators now seek a longer-term solution for a thorny issue that has scrambled party lines and raised a host of complicated questions.

The debate over drugs comes after a bitter midterm campaign in which Republicans attacked Democrats as soft on crime after progressive laws to reshape policing. Meanwhile, drug overdoses in Washington and around the nation have soared.

This has all played out amid a broader reckoning with felony drug laws, which have over the years thrown up barriers to people applying for jobs or housing and disproportionately impacted people of color.

Even before the Blake decision, some progressive lawmakers were pushing for decriminalization of drugs, a step Oregon has taken. On the other end of the spectrum, conservative Republicans in the minority have wanted to see the felony possession statute reinstated in a way that passes constitutional muster.

People at both of those points on the spectrum may be disappointed with the eventual solution.

"I think there's a diversity of views in the Legislature about what the right approach is,” said Senate Majority Leader Andy Billig, D-Spokane. “But I do feel like there's a consensus building to do something that's public-health focused, but also a little bit of an increased role in the justice system."

One option is to make drug possession a gross misdemeanor, which would be a slightly stronger penalty from the current stopgap law, but still less than a felony. Senate lawmakers first proposed that step last year in an early version of the Blake stopgap bill. It was one of the more unconventional Senate votes in recent memory: 14 Democrats and 14 Republicans joined to vote in favor to pass it 28-20.

At the heart of much of the debate is how to compel people who need treatment to get it, without the penalties of a criminal system that can ultimately make life harder for people living on the edge.

Sen. Manka Dhingra, D-Redmond, said Washington already has a lot of the tools needed – from drug courts to the Involuntary Treatment Act, a law used to civilly commit people after mental health episodes – to compel individuals into treatment. She will be one of the sponsors of a bill to decriminalize drug possession, but Dhingra has already acknowledged there aren’t the votes to pass it through the Democratic-controlled Legislature.

A former King County deputy prosecutor, Dhingra said that narratives and political messaging on crime make it harder for many politicians to think clearly about policy solutions.

“It's fear and politics,” said Dhingra, chair of the Senate Law and Justice Committee. She added: “The lay person actually does a better job having a nuanced conversation, and wants to have it, rather than a politician. Because they are afraid of an attack ad.”

Drug overdose deaths in America have quintupled in the past 20 years, according to the U.S. Centers for Disease Control and Prevention, with nearly 107,000 fatalities nationwide last year.

Law enforcement officials and Republicans contend that some type of criminal penalty is needed to compel people into treatment who won’t voluntarily go. They say the temporary misdemeanor statute has left law enforcement with few options to force people to get treatment.

More serious charges could allow for a suspect to get treatment through the legal system, like a drug court, said Steve Strachan, executive director of the Washington Association of Sheriffs and Police Chiefs. But people with serious addiction problems may not go when an officer refers them to voluntary treatment. Meanwhile, misdemeanors can be charged by different cities, meaning three violations in different places might not be counted.

Some Republicans will likely still want to see the felony statute rewritten in a way that passes constitutional muster, though it’s nearly certain Democrats won’t allow that.

Senate Minority Leader John Braun, R-Centralia, noting that his caucus might not agree with him, said he has been convinced over the years that a felony law isn’t necessary.

“I’m willing to support something other than a felony … but we can't go from that to no leverage at all,” Braun said, adding: “Our policy on hard drugs, we got it wrong and people die when we get it wrong, it's the simple truth.”

In the Blake decision, the justices ruled that the stigma and societal penalties of a felony conviction violate due-process guarantees in scenarios where a person’s possession of narcotics came from unintentional conduct.

Officials in the legal system also now must go back through approximately 260,000 affected Washington cases that must be vacated or re-sentenced, according to Christopher Stanley of the Administrative Office of the Courts. It could take as long as a decade to work back through all those cases, according to Stanley, especially older cases that are on paper and not the internet.

Since the court ruling, $112 million has been budgeted to help with those issues.

So far, Washington’s 39 counties have been reimbursed for paying $5.3 million in restitution back to people whose sentences are being cleared. The state has now paid another $4.2 million for clearing felony possession convictions and re-sentencing people serving time for multiple convictions.