Why we need the death penalty

"If people were trusted with abortion, assisted suicide, the legalization of marijuana and marriage equality, why not the future of the death penalty?" 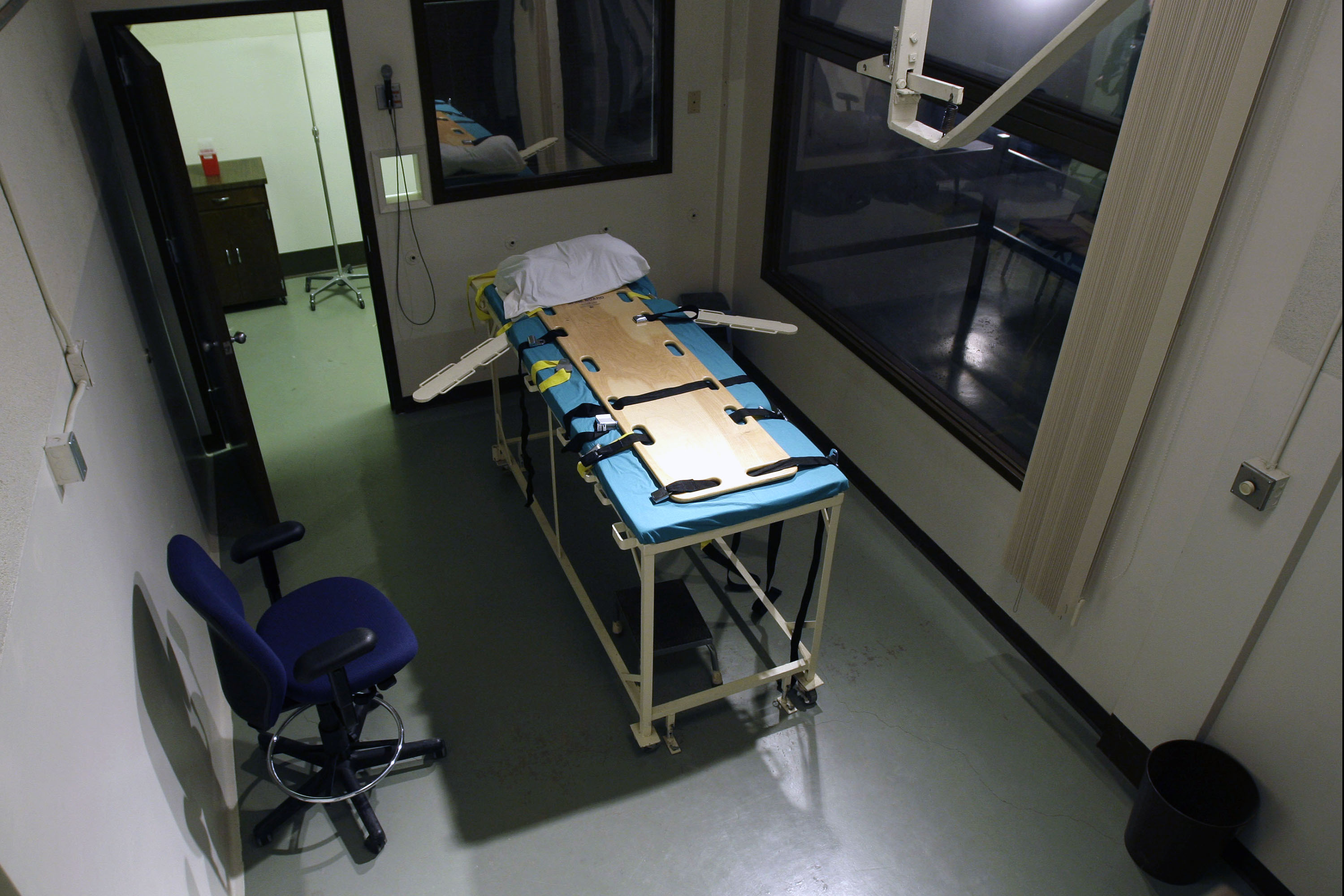 FILE - In this Nov. 20, 2008, file photo, the execution chamber at the Washington State Penitentiary is shown with the witness gallery behind glass at right, in Walla Walla, Wash. Credit: AP Photo/Ted S. Warren

A note to readers: The following contains multiple descriptions of violence.

Early last year, Gov. Jay Inslee called for a statewide conversation on Washington’s death penalty law hoping to scuttle the 40-year-old statute.  A longtime death penalty opponent, Inslee had previously declared he would use his authority to block the will of juries and prevent executions from taking place. The result? A death penalty statute that exists but isn’t enforced. So, two choices: Repeal it, as a weary King County Prosecutor Dan Satterberg now recommends. Or, keep it and wait for a governor who’ll enforce it.

Democrats know this is a touchy issue. When Inslee commuted the execution of Clark Elmore in 2016, he did it at night between Christmas and New Year’s without issuing a press release or notifying the Olympia press corps.

Washington’s current death penalty law was inspired by an initiative that passed with 69 percent of the vote in 1976. It isn’t easy to be executed under that law. First, you have to be found guilty. Then the jury has to deliberate again and decide if a death sentence is warranted. The vote must be unanimous. And remember, being convicted of first-degree murder won’t suffice; you have to be convicted of aggravated first-degree murder, which requires more than premeditation.

Sometimes it’s multiple victims. Sometimes it’s intentional infliction of trauma and suffering. Cal Brown, the last man executed in Washington back in 2010, abducted Holly Washa in 1991 and proceeded to rape and sexually torture her with an exposed electrical cord. For a day and a half.

Clark Elmore, the convicted murderer granted a reprieve by Inslee, raped 14-year-old Kristy Ohnstad, then drove a spike through her skull. He had exhausted all appeals. Had Inslee not intervened, Elmore would have been executed Jan. 19 a year ago.

Charles Campbell had been convicted of raping Renae Wicklund. She was a randomly chosen victim who was chased into her house while holding her baby. She cooperated with authorities to put Campbell away.  And away he went — for eight years, before getting a furlough and heading right back to her house.

Tragically Renae Wicklund was there, ill in bed. According to prosecutor Eric Lind, Campbell slashed Wicklund’s throat, but only after beating and sexually mutilating her. At one point, hoping to scare him away, a desperate Wicklund told him that her daughter was on her way home from school and that a neighbor was coming by. But instead of fleeing after killing her, Campbell decided to wait.

Eight-year-old Shannah was the infant Wicklund had been carrying when Campbell chased her into her home. When she walked through the door Campbell pounced on her, then dragged her to the bedroom and forced her to look at her mother’s mutilated corpse. It was the last thing she saw before Campbell cut her throat, nearly decapitating her. Authorities couldn’t take a blood sample from her body. It was all on the floor.

Before leaving, Campbell waited for neighbor Betty Hendrickson to drop by. She had testified at Wicklund’s rape trial. Campbell killed her too. He was caught, convicted and eventually executed in 1994.

This is why Washington has a death penalty law. Why allow convicted killers like Campbell to live out their years? It falls short of true justice.

But there are other reasons as well.

Renae Wicklund was targeted because she cooperated with the criminal justice system. The system’s integrity is strengthened when consequences are severe for those who kill others who cooperate with authorities and testify at trial.

Here’s another reason: What do you do with a lifer who kills a corrections officer?

As I wrote last year in The Seattle Times, this is not a hypothetical question. Seven years ago, Byron Scherf overpowered and strangled Monroe corrections officer Jayme Biendl in the prison chapel. Scherf, a violent sex offender in his 50s, was already doing life. Why would another (redundant) life term be more appropriate than a death sentence?

Another reason to keep the current law: If the death penalty were abolished, it could no longer be used as a bargaining chip for prosecutors.

Again, this is real. Twelve-year-old Zina Linnick was kidnapped outside her home in 2007. Police quickly found a suspect, Terapon Adhahn, a 42-year-old ex-convict with a record for rape and incest. With the search continuing and hope for finding her alive fading, Pierce County Prosecutor Gerry Horne offered him a deal: Show us where Zina is and we’ll take the death penalty off the table. Adhahn led authorities to her body. She had been raped and killed with a blow to the head.

Prosecutors have used this leverage several times over the years, sometimes as Horne did, in other cases to spare the time and expense of a long, drawn-out trial. Without the death penalty that option vanishes. Why is that a good idea?

Look, there are some death penalty laws around the country under fire for being too broad, but ours isn’t. Some are criticized for mostly ensnaring poor and Black defendants. Ours doesn’t. Some states have hundreds of inmates on death row. We have eight men who have killed a woman, a child or both, usually hideously.

The governor, Attorney General Bob Ferguson and Satterberg contend that the death penalty is “unevenly applied” in poorer counties because it is now so expensive to carry out a death penalty prosecution. That is true and it can be fixed by authorizing the state to assist small counties with expenses.

The issue is heating up and now sits on Olympia’s front burner. But last week came a stark reminder of why many are in no hurry to see the death penalty disappear. Pierce County Prosecutor Mark Lindquist has announced that he is upgrading charges against 32-year-old Frank Pawul for the aggravated murder of Pierce County Sheriff’s Deputy Daniel McCartney in January.  Lindquist contends that it was Pawul who fired the shot that severed the young deputy’s spinal cord. Does a majority of the Legislature believe Pawul’s alleged offense should not involve the death penalty?

These and other questions about the death penalty should be left not just to legislators, but to the voters of Washington state. If public sentiment has really changed, as we keep hearing, it will be reflected in their votes. If the governor meant what he said about a statewide conversation, then let the people have the final word. If the people were trusted with abortion, assisted suicide, the legalization of marijuana and marriage equality, why not the future of the death penalty?