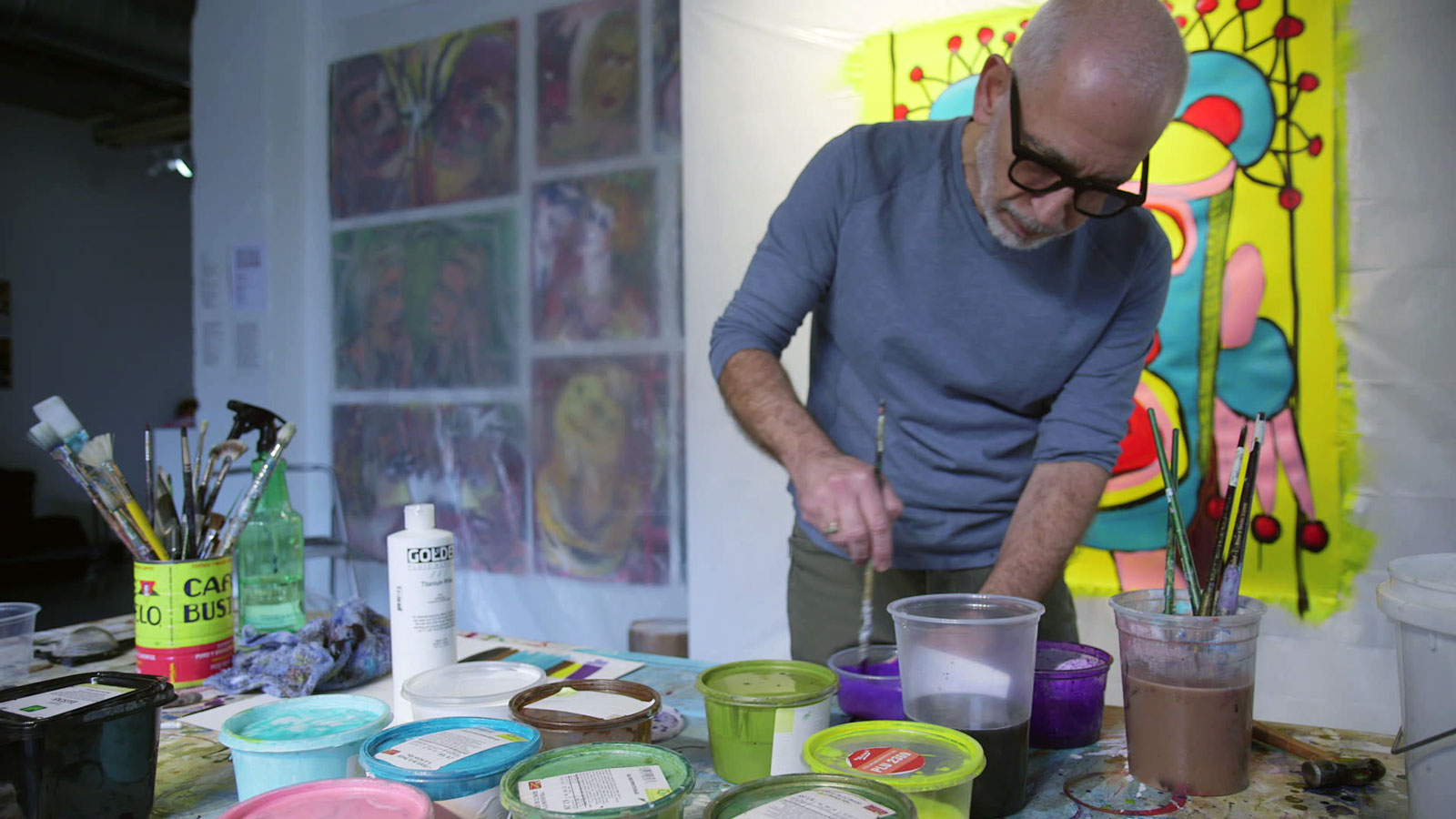 Juan Alonso-Rodriguez at his studio in Pioneer Square, working on the latest painting for his series “Los Muñecones,” inspired by the giant papier mâché dolls that he saw as a child at the annual Carnaval de La Habana.

Artist Juan Alonso-Rodriguez moved to Seattle from Miami more than 35 years ago. But much of the work he creates in his sunlit studio in Pioneer Square hearkens back to a more distant past. It is inspired by the memories of a childhood in Cuba, the country where he was born and which he had to flee at a young age.

“Cuba is always on my mind when I’m creating,” he says.

For most of his life, all Alonso-Rodriguez knew of Cuba was based on memories and what he read in books.

“When you have memories from your childhood, I think you tend to see things in a very glossy way,” he says.

That changed in 2011, when he returned for the first time to reconcile his relationship with the country of his birth.

Alonso-Rodriguez recalls fond memories of a childhood in Havana, where his father and uncles worked at a wrought-iron business, which their father built. He lived with his extended family. His mother passed away when he was a young boy, but his extended family remained close-knit.

“I was always surrounded by uncles, cousins, sisters.”

In the aftermath of the Cuban Revolution and the rise of Fidel Castro, the new government began nationalizing private companies. His family lost their business.

“All of a sudden this place that was this family-grown business was no longer theirs,” he says. “People’s human rights and basic rights — like freedom of speech, freedom of press, freedom of assembly — all those things were being taken away [under the new government of Fidel Castro].” 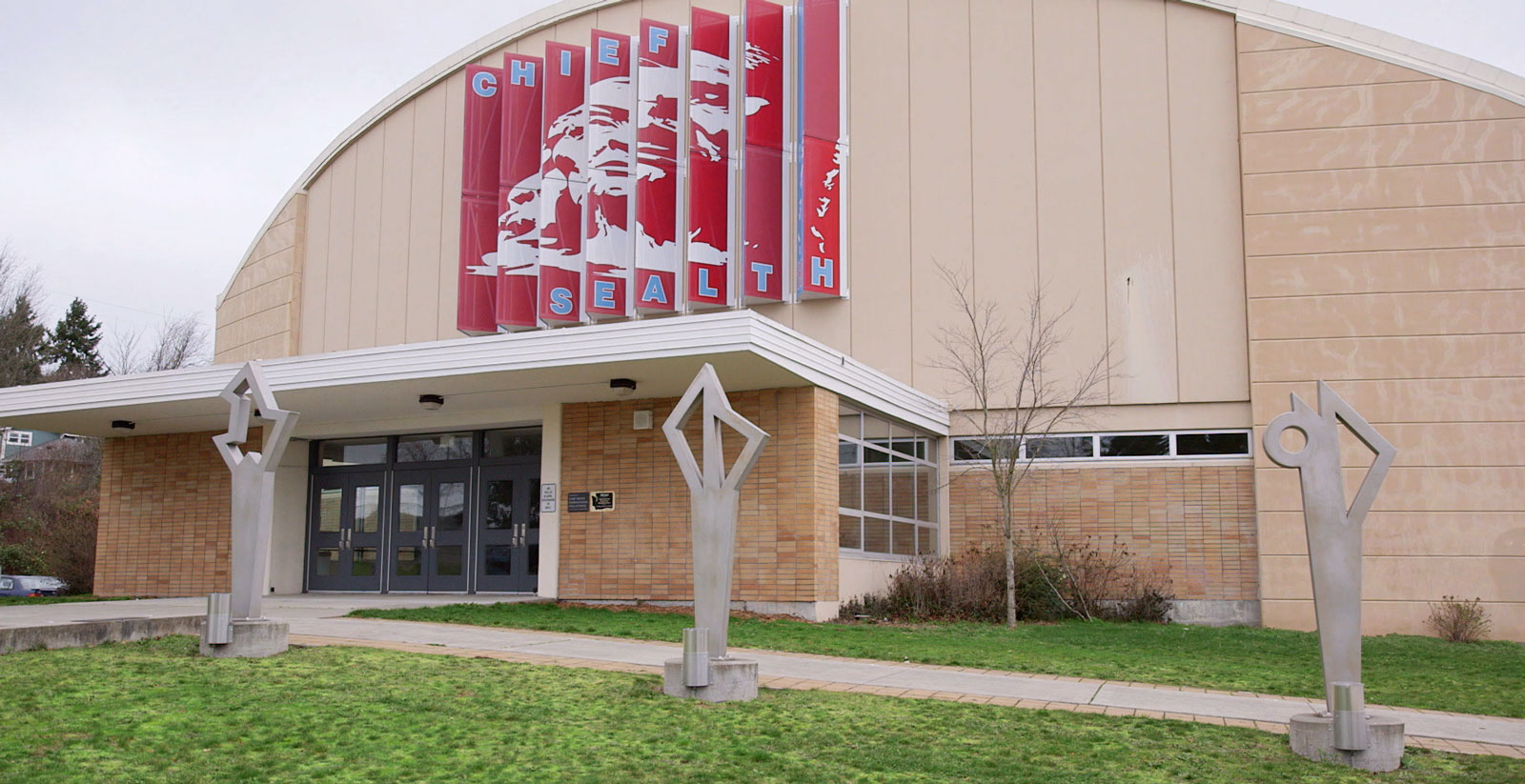 The sculpture at Chief Sealth High School was designed by Alonso-Rodriguez. It is inspired by the metal railing that this father designed for his childhood home in Cuba.

The sculpture at Chief Sealth High School was designed by Alonso-Rodriguez. It is inspired by the metal railing that this father designed for his childhood home in Cuba.

So in 1966, when he was just 9 years old, Alonso-Rodriguez’s father put him aboard a Freedom Flight, part of a program that allowed Cubans to take refuge in America, provided they had family in the U.S. to receive them. He arrived in Miami with his uncle, who had a son there.

“I lost my mother at a very young age and then [I lost] my father,” he says.

Growing up in America, he had little contact with his father and sisters, who stayed in Havana. Telephone calls to Cuba were expensive and difficult to make. His father died in 1991, before Alonso-Rodriguez had a chance to return to see him.

Those memories of his lost childhood both sustained and haunted him, later manifesting in his art.

“I think I held on to the feeling that I need to remember everything that happened to me” he says of his childhood in Cuba, “because I will never have that again.”

For most of his life in America, the volatile relationship between his birth country and his adopted country meant visiting Cuba wasn’t an option. But in 2011, shortly after President Obama eased restrictions for Cuban-Americans to travel back to Cuba, Alonso-Rodriguez returned to Havana.

That fresh, unvarnished perspective of his homeland transformed his artwork.

“It was very cathartic to go back and see these places in person,” says Alonso-Rodriguez. “For a long time all my work had a gloss finish on it. After I came back I didn’t feel compelled to necessarily have that glossy finish.”

Today, he no longer paints from memory alone, but also draws on his more recent experiences.

“I’ve been making work based on patterns, some of it inspired by architecture I saw [there],“ he says.

He says that he feels freer to be more exploratory in his work after visiting Cuba.

“Before, I was trying to create work that really resembled something I had seen. And now, these are just from my imagination,” he says, gesturing to a painting.

It is the latest in his series Los Muñecones, inspired by the giant papier mâché dolls that he saw as a child at the Carnaval de La Habana — the annual carnival in Havana.

“I think it’s pretty natural for immigrants to hang on to memories of their childhood,” he says. “Part of it is who we are.” 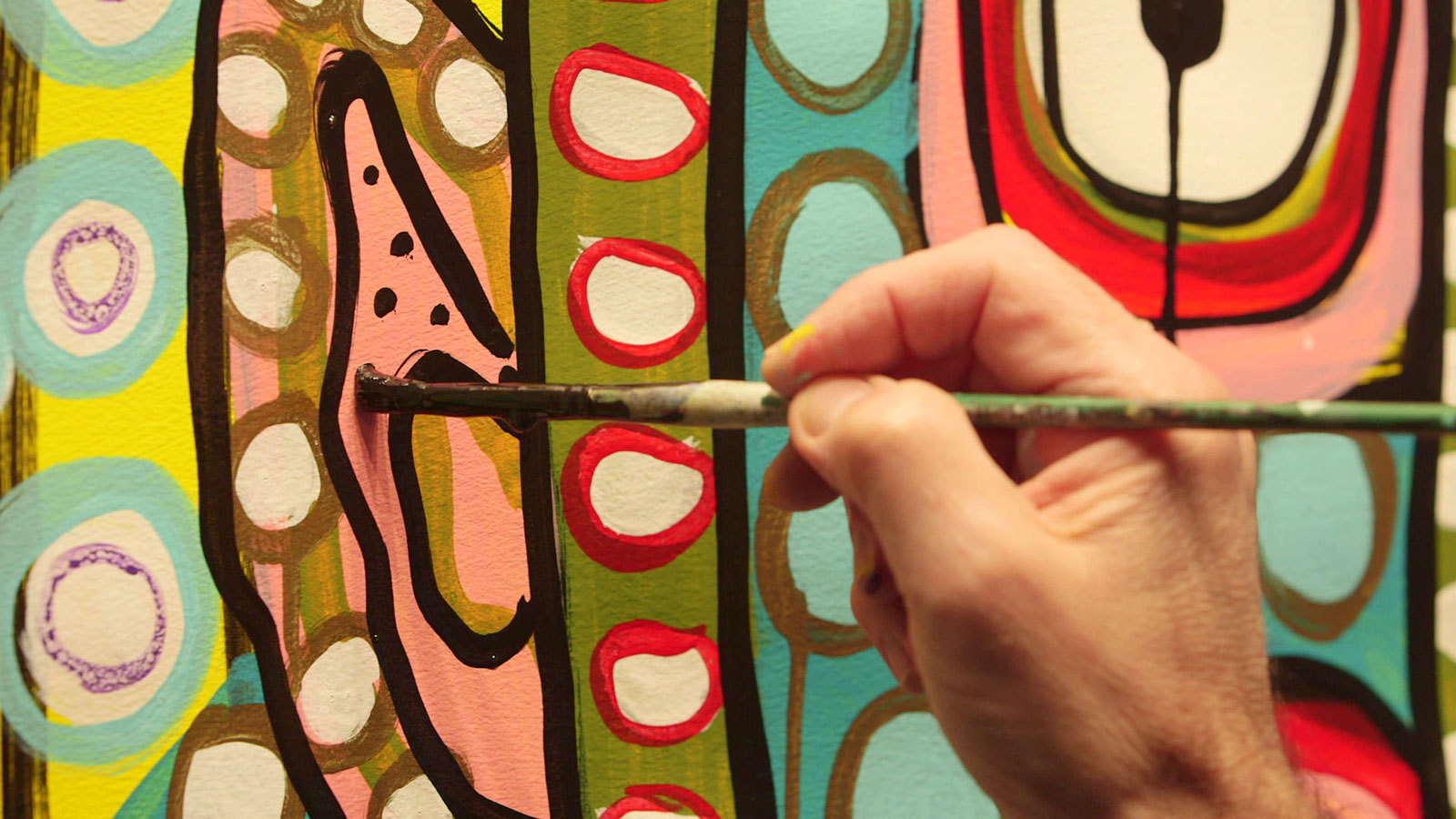 Juan Alonso-Rodriguez works on the latest painting in his series “Los Muñecones.”

Juan Alonso-Rodriguez works on the latest painting in his series “Los Muñecones.”