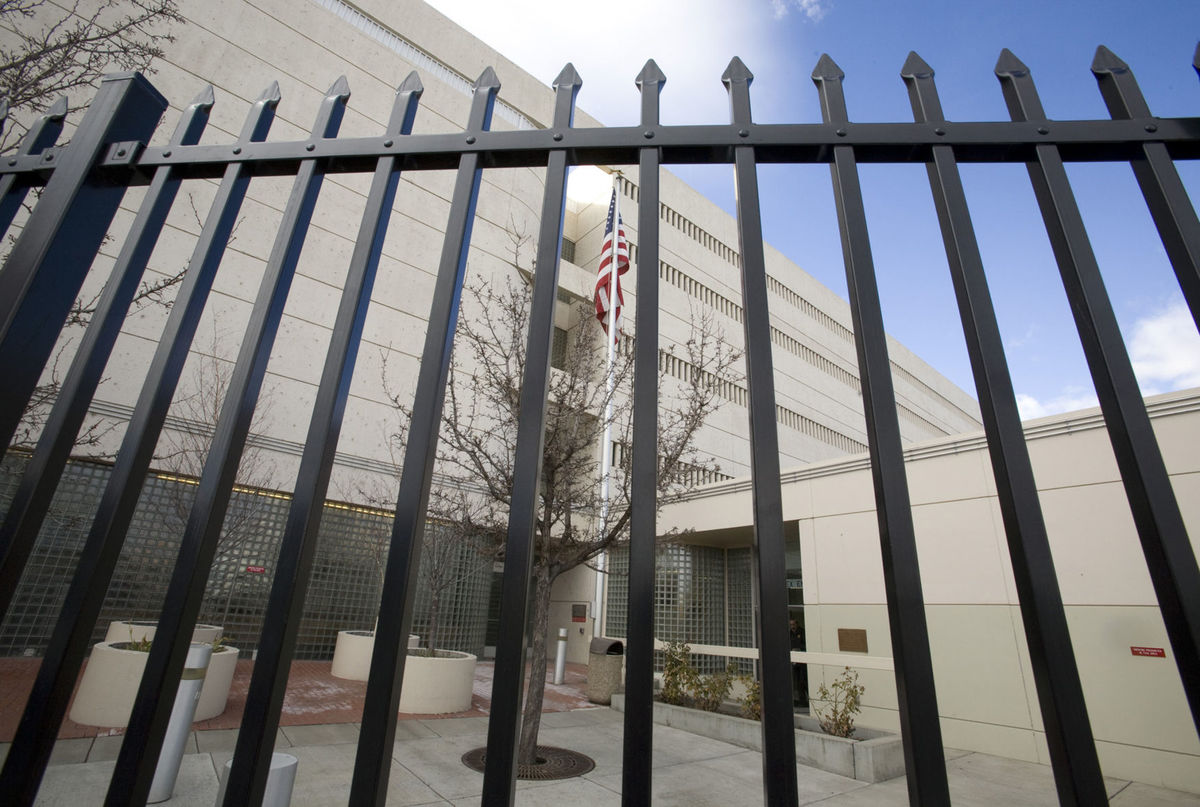 In May 2017, Antonio Sanchez Ochoa was arrested on an assault charge and booked into Yakima County jail. Then Ochoa was kept in custody after U.S. Immigration and Customs Enforcement asked county authorities to do so.

Yakima County jail held Ochoa, an undocumented immigrant from Mexico, after ICE filled out a document, called an administrative warrant, noting that he was suspected of violating immigration laws.

Ochoa was eventually deported back to Mexico. But he remains the plaintiff in a case that went before the 9th U.S. Circuit Court of Appeals for a hearing in Seattle on Friday.

Ochoa’s lawyers contend what happened to him is a scenario repeating itself around the country and that his case could have wide implications for how, and to what extent, correction facilities cooperate with ICE. One federal judge has already found problems with the jail's extension of his detention.

Matt Adams of Northwest Immigrant Rights Project, who is representing Ochoa, argues his client's continued detention by the jail was a violation of the Fourth Amendment, which protects against “unreasonable searches and seizures.”

Adams says Yakima County jail has a policy, described in a 2014 email, to hold inmates when ICE presents the jail with a warrant "at the completion of their local charges." (ICE automatically receives the fingerprints of those taken into local custody and then can use that information to determine an individual's immigration status. According to the Yakima Herald, Yakima County jail has also admitted it allows ICE officers to view booking records on a daily basis.)

Although a judge granted Ochoa a $50,000 bail option, Adams says, a bail bondsman wouldn’t work with him because Immigration had placed a hold on him.

The legal case began last July when Northwest Immigrant Rights Project and Columbia Legal Services sued on behalf of Ochoa. A federal judge sided with Ochoa and his attorneys.

Although Ochoa was subsequently detained again by ICE and deported, his attorneys argue the judge’s conclusion that Yakima County jail was “not willing to release him even if he posted bail on his state charges” is significant.

“We do have concerns that this is not just an isolated location,” Adams said, noting that he is exploring the possibility of suing other county jails, such as Chelan County jail and Okanogan County jail, for holding inmates at ICE's request.

Mendoza, the federal judge, concluded that “state and local law enforcement and other officials are presumed to be unqualified and unable to perform the functions of federal immigration law enforcement officers.”

“Defendants could not 'hold' Sanchez Ochoa in any sense of the word based solely on an administrative warrant that reflects only the suspicion that Sanchez Ochoa is removable from the United States. Exchanging information and cooperating is one thing. What happened here was quite another — it was a detention," Mendoza found.

Yet, he added, it is the “court’s understanding that Yakima County has been placing immigration holds on persons in their custody for years.”

In addition, the court noted that the U.S. Marshals Service and Yakima County have an Intergovernmental Agreement. Yakima County jail generates income by housing people with immigration holds. According to the Yakima Herald, the jail receives about $84 day per inmate held for ICE. Adams said he did not know of an exact figure for Yakima County jail but that in similar agreements, the average pay per inmate is $110 a day.

Other lawsuits over the continued detention of inmates at the request of ICE have been filed in other parts of the country. In July, for example, Oregon Law Center in Portland sued Northern Oregon Regional Correctional Facilities for holding immigration detainees. And last month, a federal judge ruled ICE and the L.A. County Sheriff's Department had unlawfully detained immigrants.

Immediately following Mendoza's decision, Yakima County filed an intent to appeal with the 9th Circuit Court of Appeals. Attorney Kenneth Harper, who is representing the county, argued that Ochoa did not post bail and was therefore "at all pertinent times lawfully detained on state law criminal charges."

U.S. Department of Justice attorney Scott Stewart argued that inmates can be held for a period of up to 48 hours without violating Fourth Amendment rights.

Adams is asking that Ochoa be awarded unspecified monetary damages. More broadly, he is also asking that Yakima County jail and other correction facilities around the country change their policies with regard to keeping inmates in detention at the request of ICE.

The U.S. Appeals Court could issue a ruling in a matter of weeks or, possibly, months.