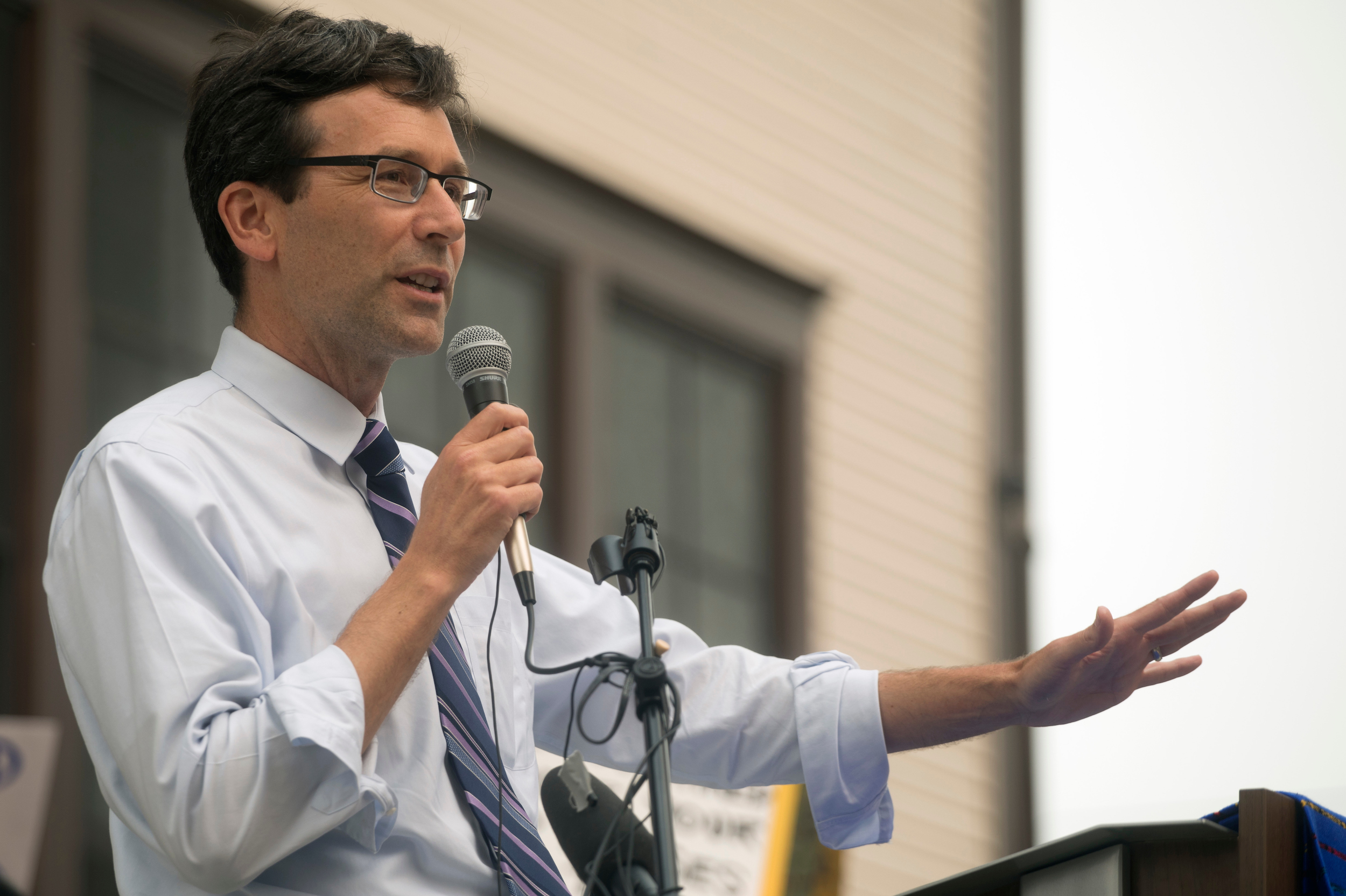 This isn’t what I initially planned to write.

It’s an interesting juxtaposition; on one hand you have a man, Bob Ferguson — who has gotten acclaim as a liberal Trump fighter and has sued Trump numerous times on behalf of discrete minority groups. In January of 2017, Ferguson sued Trump regarding the so-called Travel Ban executive order that banned refugees and temporarily restricted access into the U.S. for citizens of seven majority Muslim countries. That September, Ferguson rightfully sued Trump when Trump tried to end the Deferred Action for Childhood Arrivals (DACA) Program. He seemed like a woke white dude.

Yet, somehow when it comes to Native Americans/American Indians and treaty rights, the celebrated hero of the left, Bob Ferguson, and the infamous fall-guy for all things racist, Donald Trump, are essentially the same person. They both attack Native Americans/American Indians and Native treaty rights equally. And nobody knows about it, unlike when people attack immigrants or Black people or LGBTQ people.

I thought that argument would be provocative, interesting and profound. But then I realized something that made me rethink my tact:

All Americans know that immigrants and Black people and LGBTQ communities still exist, thus they can be outraged when those communities are attacked. But Natives?

Therefore, let me start with realization No. 1: Native people are still here. The rumors of our demise are greatly exaggerated. I can assure you that I am very much still alive and so are a decent amount of others much like me. To paraphrase Descartes, “Natives still breathe, therefore we are.”

Realization No. 2 is slightly more complicated. See, many Native communities (not all) signed fancy contracts, called “treaties,” with the United States that granted the U.S. land in exchange for certain promises from the federal government. You read that correct — the Native communities granted the land to the U.S. and not the other way around — in exchange for things like promises of education, health care, etc. Those things were to exist forever. Forever? Yes.

In fact, the Constitution specifically says that “This Constitution … and all Treaties made, or which shall be made, under the Authority of the United States, shall be the supreme Law of the Land.”

Even Ferguson’s predecessor as state attorney general, Republican Rob McKenna concedes that, “The treaties grant the tribes a right, in perpetuity, to access their traditional fishing grounds.”

Yet, as a matter of historical record, the U.S. broke every single treaty it ever signed with Native communities. But, as we all should know, simply because one party breaks an agreement does not make the agreement less valid.

In Washington, Natives gave up tens of millions of acres of land in the treaties. Washington has never given that land back to the Natives, so presumably that deal is still good business. In exchange for all of that Native land, the U.S. agreed that Natives would forever possess, “The right of taking fish, at all usual and accustomed grounds and stations, [and] is further secured to said Indians in common with all citizens of the Territory.”

In typical form, Washington state has tried to dishonor those treaty provisions that dealt with fishing — literally beating, shooting at, arresting and jailing Native people who tried to redeem their right. Still, in spite of Washington, federal courts have ruled that Natives indeed have a right to exactly what the treaties promised and moreover, the state has an obligation to ensure the damage the state has done to the ecosystem is fixed.

It makes sense, if you think about it — if someone makes a deal that they will sell you apples forever but burns down the apple orchard, they haven’t honored that agreement.

But Washington burned down the whole damn orchard. Almost all the way.

Not only by arresting Natives simply trying to fish, but also by building culverts — the circular things that drain water under roads. Washington put a whole bunch of culverts in, and hundreds of them block the migration paths of salmon, killing lots and lots of salmon that are guaranteed by treaties.

Twenty-one Washington tribes sued Washington over state roads with tiny culverts that restrict salmon migration, and therefore limit tribes' treaty fishing rights. That is the so-called “Culverts Case.” Fortunately, a federal court said the tribes are in the right and the federal court of appeals said the same.

Still, Ferguson brought the case as high as he could to violate treaty rights — all the way to U.S. Supreme Court. It is interesting to note that prominent Democrats Washington’s Gov. Jay Inslee as well as Hilary Franz, commissioner of public lands at the Department of Natural Resources and King County Executive Dow Constantine, all oppose Ferguson bringing the case to the Supreme Court. Still, despite the law and his own party’s opposition to his position, Ferguson is committed to violating legal obligations to Native communities.

Ferguson is on an island against tribal treaty rights — his fellow Democrats in Washington understand that Native Nations should be his allies. And make no mistake: Anti-Treaty rights are anti-Native in the same way that anti-immigration is anti-Latinx and anti-integration is anti-Black. In short, it’s racist. Like Trump.

Trump has made a habit of attacking Native people. Way before he called certain nations of brown people “shithole nations” or there was even a thought of a Muslim Ban, he already attacked Native people before Congress while attempting to tank Native gaming by saying organized crime was rampant on Native reservations. He further insulted a specific Native community by declaring, in his expert opinion to Congress, that members of the Mashantucket Pequot Nation did not “look like Indians” to him.

The Supreme Court weighed in on this long ago, in a case called Morton v. Mancari. Native nations have always been “nations,” not “races” — you do not enter treaties with races. You do so with nations. But the Trump Administration wishes to violate the United States’ duty to provide health care to Natives that it bargained for as part of the exchange for massive amounts of land. This would have an enormous horrible effect on Native communities — as they are often remote and those health care providers are oftentimes the only game in town.

Hardly anyone in America knows that Native people are getting cheated yet again, or even that we still exist. We do exist, and it is just as painful for us when lawmakers target our communities in fits of racism, just like the attempt to repeal DACA or the travel ban. And just like DACA or the travel ban or redlining, we should all be concerned when a discreet minority group is a sanctioned crash test dummy, to be abused by the state. That should always concern us all.

It should concern us even more that it is a so-called “ally” who is doing the targeting.

Gyasi Ross is an author, speaker and storyteller, and comes from the Blackfeet Nation.