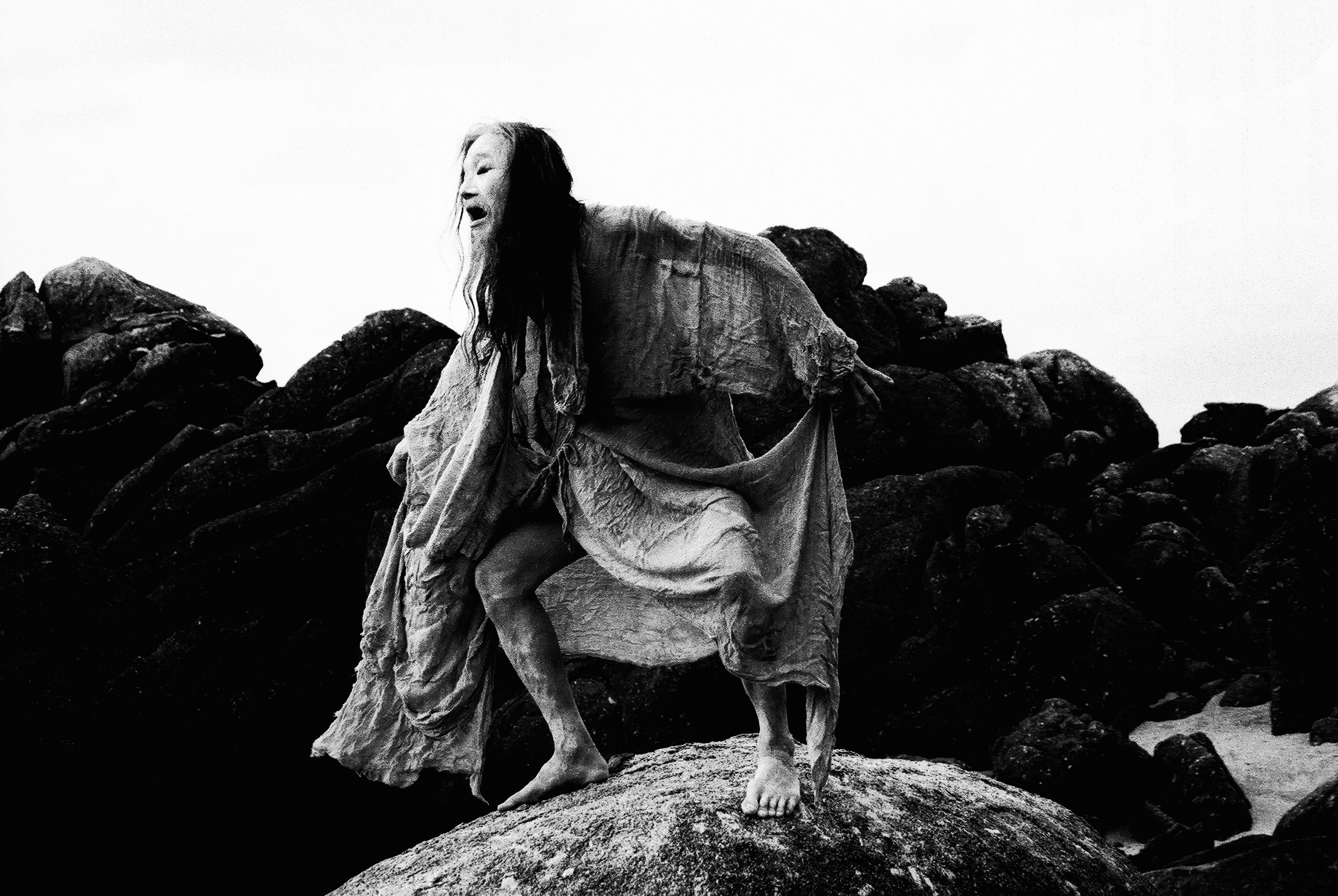 If you go: DaipanButoh, July 5-15, times (prices and venues vary)

The first show gracing the new Nordic Museum’s visiting-exhibition gallery is a sampler of work from across Scandinavia. Finnish artist Kim Simonsson conjures a verdant pagan spirit out of ceramics, nylon fiber, feathers, rope and found materials in “Shaman Mossgirl With Birdhouse.” Painter Bo Söderlund, from the autonomous Åland Islands region of Finland, strikes a high-tech note with “Data cloud getting lost in time” (the most satisfying of the abstract works in the show). Two looming sculptures by Sweden’s Cajsa Von Zeipel are freakily cartoonish and complex, their gothic vibe made ghostly by their unvariegated white surface (made of Styrofoam, fiberglass, aqua resin and plaster). On the video front, “Me and My Mother” by Icelandic performance artist Ragnar Kjartansson is a hilarious study of maternal hostility and sonly imperviousness. (Click here for the scoop on where his actress-mom found her inspiration.) As for the 56 images in Icelandic photographer Olafur Eliasson’s Island Series, they make you wonder why Icelanders bother to create art at all when nature has scattered such inventive wind/sea/volcanic-hewn edifices along the coastline. —M.U.

If you go: Northern Exposure, Nordic Museum, through September 16 (free-$15)

Leave it to Beavers

Since seeing a beaver up-close in Lake Union last year, I’ve been charmed (ahem, obsessed) with North America’s largest rodent and excited to tell everyone else about its virtues. Luckily there are others driven to do the same, and with more expertise. Hear from Elyssa Kerr of Beavers Northwest at this the showing of the 2014 documentary Leave it to Beavers, which tells the story of the North American Beaver, from its near-extinction to its current role as appreciated hydro-engineer. Helping out of only passion, beavers’ work at re-tooling and revitalizing our natural environment is more important than ever in the face of climate change. This “dam good” event is part of the Meaningful Movies Project, which presents a social justice documentary and hosts a community discussion on the first Friday of every month. —N.C.

If you go: Leave it to Beavers, Keystone Congregational Church, Friday July 6  at 7 p.m. (Free)

Come celebrate the Northwest African American Museum’s 10th anniversary with a one-of-a-kind jazz brunch, in collaboration with Black & Tan Hall. Chef Tarik Abdullah, frequent pop-upper, as well as community advocate and collaborator, will be in the kitchen where he’ll turn out stunning and inventive dishes inspired by influences near and far. Blues musician and educator Ben Hunter will provide curated musical performances. Far from a stuffy museum event, this brunch is particularly exciting as it’s not just a nice concept (Live music! Brunch! Supporting a vital nonprofit!) but of-the-times and fresh, showcasing both Abdullah and Hunter as excellent creators, who draw inspiration and stories from their communities. —N.C.

Jonathan White: Tides: The Science and Spirit of the Ocean

San Juan Islands author Jonathan White’s wondrous study of the science and mythological lore surrounding the mysteries of ocean tides is now in paperback. In the course of exploring unusual tidal patterns, the book transports readers to Venice, Mont St. Michel and the Bay of Fundy. It also ventures to less obvious locales, including Ungava Bay in the Arctic, where, at low tide in winter, one can poke around below the ice shelf to gather mussels. Along the way, White fills us in on various cultures’ ancient myths about the tides and scientists’ gradual discovery of what triggers their rise and fall. He makes gnarly subtleties lucid, and his writing can be both witty and gorgeous. Elliott Bay Book Company joins forces with Northwest Science Writers in presenting this reading and discussion. —M.U.

If it’s summer, it must be time for camping — in this case, with an emphasis on “camp.” Kitten LaRue (of Atomic Bombshells) and Lou Henry Hoover (the sprite-sized, dapperly mustachioed drag king) are joined in their third annual Camptacular! by local burlesque luminaries Waxie Moon and Cherdonna Sinatra, Seattle dancers Randy Ford and Markeith Wiley, and Los Angeles performer Tito Benito (the self-described “Cuban Missile Crisis of Burlesque). Think gender-scrambled sleeping-bag hijinks and weenie-roasting by the fire, and you’ll have some idea of what this “stand-up-and-salute extravaganza” has to offer. —M.U.

Photography is the starting point for artist Richard Barlow. Yet he isn’t a photographer. Instead, he creates drawings that, in one instance, play with the earliest chemicals used in photography (lemon juice, milk, silver amalgam) and in another replicate, in silver leaf on vellum, photographed landscapes from old LP covers, minus the human figures (Joni Mitchell, for instance, has been removed from the woodsy Gulf Islands shoreline on the cover of her 1972 album For the Roses). In “Manifest,” the show’s title piece, Barlow will become an action artist as he creates an 800-square-foot chalk drawing depicting “the mystery and majesty of ancient woodland” on the walls of Bellevue Arts Museum. The piece should be finished by July 13 (you can watch him at work in the gallery this week). —M.U.

I’ll be frank: I’m not quite sure how this is going to work or what the results will be. But here’s the idea: The Seattle Symphony, under conductor Steve Hackman, will alternate his orchestrations of tracks from Radiohead’s seminal album OK Computer (1997) with passages from Johannes Brahms’ Symphony No. 1 in C minor. (Three guest vocalists will do the Radiohead covers.) Hackman has done similar mash-ups, including Bartók and Björk, Tchaikovsky and Drake. “Brahms First Symphony (1882) is the first piece I ever conducted,” he says in his program notes, “and Radiohead’s OK Computer forever changed my relationship with music. Both share a certain pathos — a brooding feeling — and a balance of tension and release.” Crossover fans will be curious. Musical purists may get the heebie-jeebies. Which one are you? —M.U.