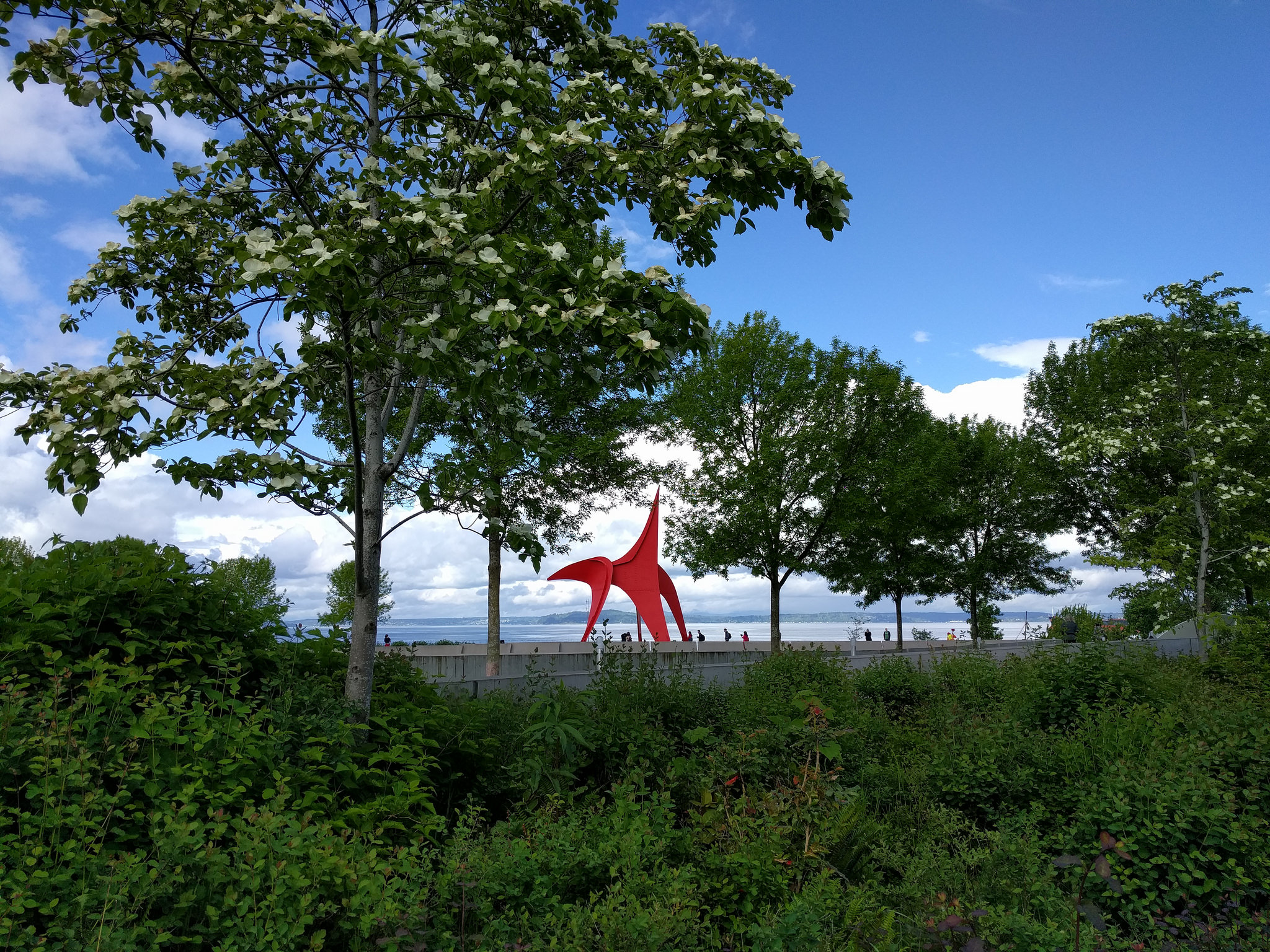 Seattle Art Museum waits until summer finally blinding us in the eyes to kick off its Summer at SAM programming. And kick off it does with two days of summer events at SAM, many celebrating its latest exhibition Double Exposure: Edward S. Curtis, Marianne Nicolson, Tracy Rector, Will Wilson. On Thursday evening, drop by SAM for hands-on activities and performances by Bay Area-based fusion band Almas Fronterizas and Pacific Northwest violinist and Native storyteller Swil Kanim. Food trucks like Molly Moon’s and the ridiculously scrumptious Bread and Circuses will be there. On Saturday, head to the Olympic Sculpture Park for programming, including two free outdoor yoga classes led by 8 Limbs and a drum-making demonstration with Paul “Che oke ten” Wagner. Plan music, tours and other opportunities to make your own creations with local artists on Thursdays and Saturdays for the rest of the summer. —N.C.

If you go: Summer at SAM, Seattle Art Museum and Olympic Sculpture Park, Thursday 7/12 and Saturday 7/14

Ottessa Moshfegh: My Year of Rest and Relaxation

Opening a new book by Ottessa Moshfegh is a little like buying a ticket to a famously excellent horror movie you’ve never seen — you know you’re in for something special but also worry it may be a little too scary. The first-generation writer (of Croatian and Iranian descent) doesn’t pen horror stories, per se, but her unflinching portrayal of humanity’s jiggly underbelly is most certainly unsettling. In her fiction (her last novel, Eileen, was showered in award nominations) there is no polite looking away from realities we’d rather not see: deformed limbs, lonely neighbors, self-sabotage, weird rashes. Her characters are largely a mess, but amid the discomfiting frisson of recognition you may experience is release — by way of dark humor and tenderness. Arriving in Seattle on the heels of a lengthy New Yorker profile, Moshfegh is here to read from her new novel, My Year of Rest and Relaxation, about a young woman who decides to transform her life via an extended hibernation on sleep meds. Don’t miss the chance to see this wild mind operate in person. —B.D.

This pop-up combines two of my favorite things: donuts, the tried and true breakfast confection, and new things! Try The Donut Lab’s malasadas, Portuguese donuts made of yeasted dough. Fillings range from adventurous, like matcha green tea and guava, to indulgent, with mint Oreo and banana cream. The pop-up will take place at Eastlake’s 20 oz Tea, which makes better-than-the-average bubble tea every day — with attention to ingredients and interesting flavor offerings. Be sure to pair one with your donut, and then walk to one of Eastlake’s many lovely parklets along the water.

In this collection of work, the titles alone tell you something: “Bad Moves,” “Invisible Chains,” “Not Even Trying,” etc. As for the figures depicted in Milwaukee-based artist Fred Stonehouse’s comically morose paintings, they’re doleful, discouraged and mired in regret. What makes them so much fun, then? It must be Stonehouse’s impeccable acrylic-on-panel technique and his loopy approach to despair. In “The Deepest Wounds,” a stag with human hands, whose horns double as a pear tree bearing bleeding fruit, calmly licks a blood-drop-adorned pear. In “Asking for Help,” a mustachioed human head with a vaguely piscine body is caught in the clutches of a stylized bear, in illustration of a message emblazoned across the painting (“THE PROBLEM WITH ASKING FOR HELP”). Dominating the show is “So Much, So Little,” an acrylic on a huge canvas banner, which strikes a perfect yet perturbing balance between “BEAUTY” and “PAIN,” as experienced by two more peculiar human/animal hybrids. The overall effect of the show is like taking a carnival ride through realms of faint hope and profound pessimism. This is wacky, memorable work. —M.U.

If you go: Fred Stonehouse, Prographica/KDR through July 28 (Artist talk July 14 at 2 p.m.)

Snapshots of local tulip fields in bloom might elicit a ho-hum reaction from locals. But in this show, Seattle photographer Phil Eidenberg-Noppe wields his digital camera and computer manipulations to extraordinary effect. Dispensing with “camera stability” and deliberately putting his lens out of focus, he creates abstract images that give the sense of passing through ever-morphing color fields at tremendous velocities. Some photos (“Purple Band Ascending,” “Bottomless Yellow”) capture perfectly horizontal layers of Day-Glo brightness. In others (“White Weaves Purple,” “Wedge Red”), diagonal designs come into play, while a few photos (“Descending Blue,” “Dissolving Chrome”) make you think you’re looking at gently rippling seascapes that have taken a psychedelic turn. An in-gallery slide-show presentation of the photos has its own compelling dynamism, highlighting Eidenberg-Noppe’s camera/computer magic. —M.U.

The California author who created a Pacific Northwest classic with her first novel, Sarah Canary (about a most peculiar outsider wandering the shores and woods of Puget Sound in 1873), is in town for a writer’s workshop with Clarion West. While here, she’ll give a reading of her recent work. Fowler’s most recent novel — the cagey, feisty We Are All Completely Beside Ourselves, a family history with one hell of a twist — won the PEN/Faulkner Award and California Book Award in 2014 and was shortlisted for the Man Booker Prize. In person, Fowler is affable and humorous. It’s always a pleasure to hear her discuss her craft, her publishing experiences and the world in general. —M.U.

The winner of the 2008 PEN/Faulkner Award for The Great Man is back with a cautionary tale for our current all-bets-are-off era. In The Last Cruise, a corner-cutting cruise-ship company brings a classic 1950s ocean liner out of retirement for its final voyage from Long Beach to Hawaii and back. The idea is to hold “a celebration of the glorious era of glamour and elegance, a theater of nostalgia.” The voyage doesn’t quite go as planned, however, and as things unravel Christensen delivers a light-handed parable tapping into the economic inequalities and broken social contracts of our time. The characters are agreeably varied, flawed, engaging and well-rounded. The prose is a transparent, evocative delight. —M.U.