After first leaving her off the list of finalists, Mayor Jenny Durkan completes a stunning reversal by selecting the interim chief to lead the city's police department. 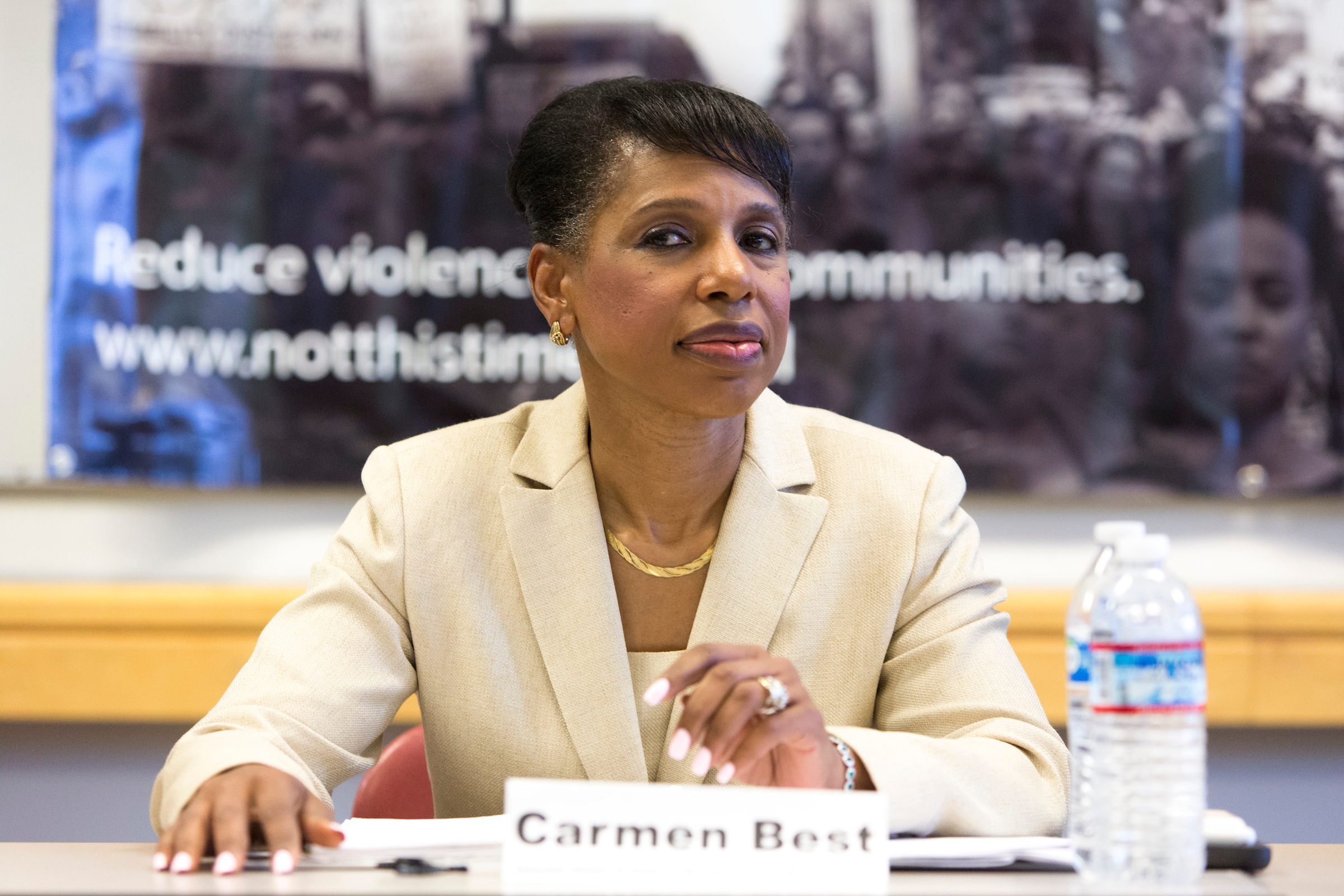 Carmen Best will be the new Chief of the Seattle Police Department, Mayor Jenny Durkan announced Tuesday. Best, a 26-year veteran of the force and its current interim chief, will become the first African-American woman to hold the permanent position. Her main task: ensure that reforms made over the last six years under the watchful eye of a federal judge stick.

“She has three things I think any chief of police in the city of Seattle must have: a commitment to public safety, a commitment to the hard work of accountability and reform, and a commitment to true community policing,” said Durkan in a Tuesday press conference. “She’s not just committed to reforms — she helped get us here and make it real.”

The announcement marks a stunning turnaround from a May decision that left Best off the list of three finalists for the job. The decision, made by a small group of formal and informal advisors to Durkan, was based in the belief that the department would benefit from the leadership of an outsider. Her exclusion sparked outrage both from community members who’ve grown to respect Best and the department’s rank-and-file who see her as one of their own.

But Best’s fortunes reversed recently when one finalist, Cameron McLay, who was persona non grata among SPD’s officers, dropped out of the running to take a position in Seattle overseeing reform efforts. Best was selected to take his place, instantly becoming the favorite for the job.

Asked repeatedly about the bumpy lead-up to Best’s selection, Durkan largely dismissed concerns as the product of Seattle’s obsession with process. “I got the best chief of police,” she said.

In her years in the ranks, Best has held positions at every level, from officer to public information officer to patrol supervisor to deputy chief. She worked as former police chief Kathleen O’Toole’s number two, often standing in as her surrogate in community meetings and appearances before elected officials.

Best painted her long tenure in the department as a positive, portraying herself as uniquely capable of working both with the community and the officers she’ll oversee. At a recent forum, she moved through the room with ease, greeting familiar faces. “I know most of the people in this room by name,” she told the crowd. “If I’m not the person to help you, I want to know who is.”

Speaking Tuesday, a clearly happy Best said she would continue to work both with the community and with the rank-and-file officers. The department has made progress, but, she said, “we know that the work is not done, not in Seattle and not across the county. As the new police chief, I’ll continue to help lead our department through reform. … We will move ahead with the culture of continuous improvement and innovation at the Seattle Police department.”

Coming into the job, Best faces the challenge of ensuring that reforms made under a federal consent decree do not backslide. SPD is just emerging from nearly six years under federal oversight, the result of a investigation by the Department of Justice that found patterns of excessive force within the department. The city and the department were found to be in compliance with the mandates of the consent decree in January and are now in a two-year monitoring period.

The city must also settle its drawn-out negotiations with the rank-and-file officers’ union. Head of the union Kevin Stuckey said in late May that the negotiations are “settled” and just need to be packaged for presentation. The Seattle Times reported Monday that progress was being made.

The selection of Best as the permanent chief was met with mostly positive reaction. “We’re overjoyed at the announcement,” said the vice president of the Seattle Police Officers Guild, Sgt. Rich O’Neill. “I think the mayor made the correct decision. I think she showed a real thoroughness in coming to this decision because it’s a rare situation when you have the community and the rank and file officers all on the same side. I think that’s a testament to Carmen Best’s work that she’s put in in her career in building relationships.”

Speaking in her office, Councilmember Lorena González said, “For me it really shows that a thorough community process can really yield to a sensible choice in terms of who our next chief of police will be. I’m very impressed both in [Best’s] ability to engage with a lot of different people in our city and with her commitment to make sure we’re delivering high quality public services to our city.”

Councilmember Sally Bagshaw was seen walking up the City Hall steps, a bouquet of flowers under her arm. She said the flowers were for Chief Best.

While Best’s experience in the department was lauded during today’s announcement, it also comes with baggage. Early on in the process, co-chairs of the police search committee outlined a list of failures they continue to see in the department, implying the department with Best as one of its leaders had failed in terms of of accountability from supervisors, inconsistency in detective work and a lack of rigor in its “crime analysis.”

Further, she also still shoulders some of the weight that came with the 2017 death of Charleena Lyles, the African American mother shot and killed by police officers in her apartment. At the same forum, Lyles' cousin Katrina Johnson grilled Best, accusing the department of being slow to respond to her family's questions. "If you can’t get back to us as family … how do I know what you’re going to do as police chief?” she said.

There was also continued confusion about how the process played out. A 25-person search committee initially forwarded five names as finalists, including Best. But a separate group of advisors to the mayor whittled it to three, excluding Best to the surprise of many.

“I think the mayor still has some questions to answer,” said co-chair of the civilian Community Police Commission, Enrique Gonzalez. “We’re not really clear as to how [Best’s selection] happened. I think there are many people in the community who are pleased it happened, but I’d like to know how we got to this stage.” The Community Police Commission, a civilian oversight body that was recently made a permanent pillar of reform, has requested more details on the search process and is working with an outside advisor to outline what went wrong or right.

The Seattle City Council will now proceed with confirmation hearings for Best. Councilmember González said she plans to question her on a number of things, including the department’s budget, her commitment to reform and “how we can really step up to make sure communities are being policed in a fair and equitable way.”

González added that, as part of the confirmation hearings, she wanted to hear from Best how she would mete out discipline to officers with whom she’s worked for nearly three decades, in some cases.

The council will hold public meetings on the nomination this summer, the first occurring next week. The final vote on her appointment will be August 13.