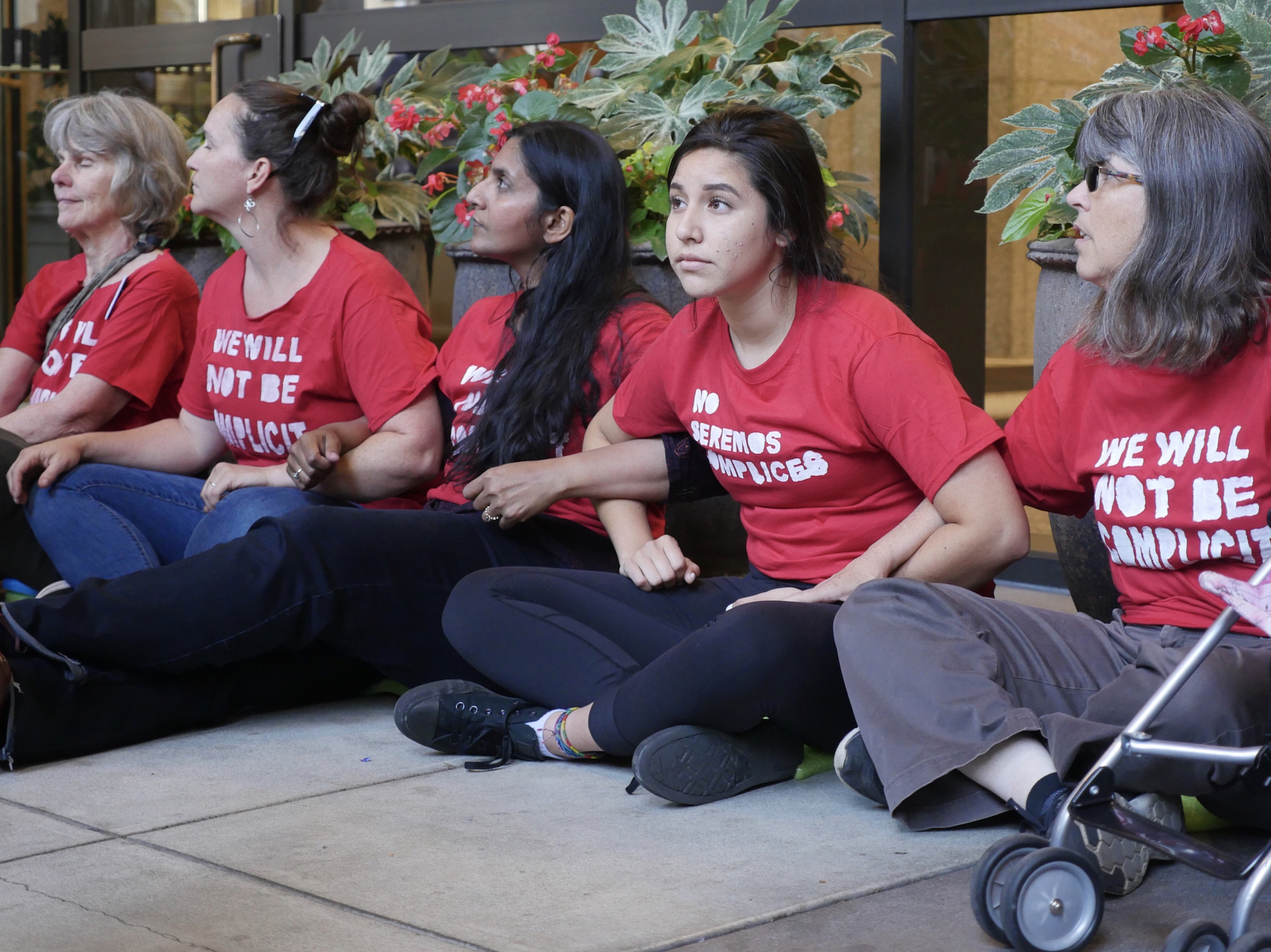 From protests to press briefings, activists, political leaders, legal experts and immigrants called for the Trump administration to do more to reunite parents separated from their children at the southern border, even as the court-ordered deadline loomed.

“We don't have details on all of them,” Barón said in an email. But it appears all are “cases in which the children were released from Office of Refugee Resettlement custody and sent to live with family members or other sponsors.”

In addition, six children who have been separated from their parents at the border remain in Office of Refugee Resettlement custody in the state of Washington, according to Kids In Need of Defense spokesperson Megan McKenna.

San Diego-based U.S. District Judge Dana Makoto Sabraw had on June 26 ordered the government to “address a chaotic circumstance of the government’s own making,” setting the late July deadline for family reunification.

“We are a country of laws, and of compassion. We have plainly stated our intent to treat refugees with an ordered process, and benevolence,” Sabraw wrote, noting that the majority of parents detained have grounds for seeking asylum, such as fear of persecution.

During a midday press call, Lee Gelernt of the American Civil Liberties Union said the Trump administration claims it is on track to reunify 1,637 parents, nationwide.

Gelernt also said the government had deemed more than 900 parents ineligible for reunification, citing criminal histories or communicable diseases as disqualifying factors. In addition, the government failed to identity the parents of approximately 40 children and may have deported as many as 463 parents without their children.

“That’s as bad as it gets,” Gelernt said in a Thursday press call. “The government shouldn’t be proud of the work they’re doing on reunification … as if they’re showing up to fix some natural disaster.”

Late Thursday afternoon, Associated Press reported that the Trump administration has updated its numbers in a court filing, claiming that 1,442 children ages 5 and up have been reunified with their parents, while 378 others were released "in other appropriate circumstances." The administration says that it has deemed 700 parents ineligible for reunification.

Gelernt said the ACLU, which is challenging the government’s handling of migrant children in a lawsuit, has requested that Judge Sabraw give reunified families at least "seven days to figure out their options” before being removed from the country. He said many families have had no opportunity to even consider their legal options and that they have under pressure signed forms they don’t understand.

Meanwhile, in downtown Seattle on Thursday, hundreds gathered in front of the local U.S. Immigration and Customs Enforcement office to protest the continued separation of families.

“I just feel so much pain for what’s happened,” said 79-year-old Suzanne Weisfield, who was surrounded by other members of the Jewish community who held a sign that read “Let my people stay."

“I knew I had to do what I could to show my opposition,” she said.

City Councilmember Teresa Mosqueda, who recently passed a domestic worker bill of rights, said nannies and others who take care of children may have themselves been impacted by President Donald Trump's immigration policies.

“This is the population who takes care of our families. We now need to take care of their families,” Mosqueda said. “No one should have their kids taken from them. It’s unconscionable.”

Dozens wearing t-shirts that read “we will not be complicit” locked arms in front of the ICE office and blocked the entrance with strollers.

Humberto Ramos, a worker who does various job such as gardening and volunteers at Casa Latina, said that he worried about the long-term trauma inflicted upon children as tears streamed down his face.

Across the country, approximately 3,000 immigrant children have been separated from their parents under Trump’s “zero-tolerance” policy, which seeks to criminally prosecute anyone who crosses the border without documentation. On June 20, Trump issued an Executive Order meant to end the practice of family separation.

Here in Washington, three mothers separated from their children and transported to detention sued the Trump administration last month. NWIRP filed the lawsuit in U.S. District Court against U.S. Immigration and Customs Enforcement, U.S. Department of Homeland Security, U.S. Customs and Border Protection and Office of Refugee Resettlement, among others. NWIRP filed the lawsuit on behalf of all parents in Washington state who were separated from their children.

This story has been updated to included new information from the Trump administration.