The media ignore women’s sports. Can this network change that? 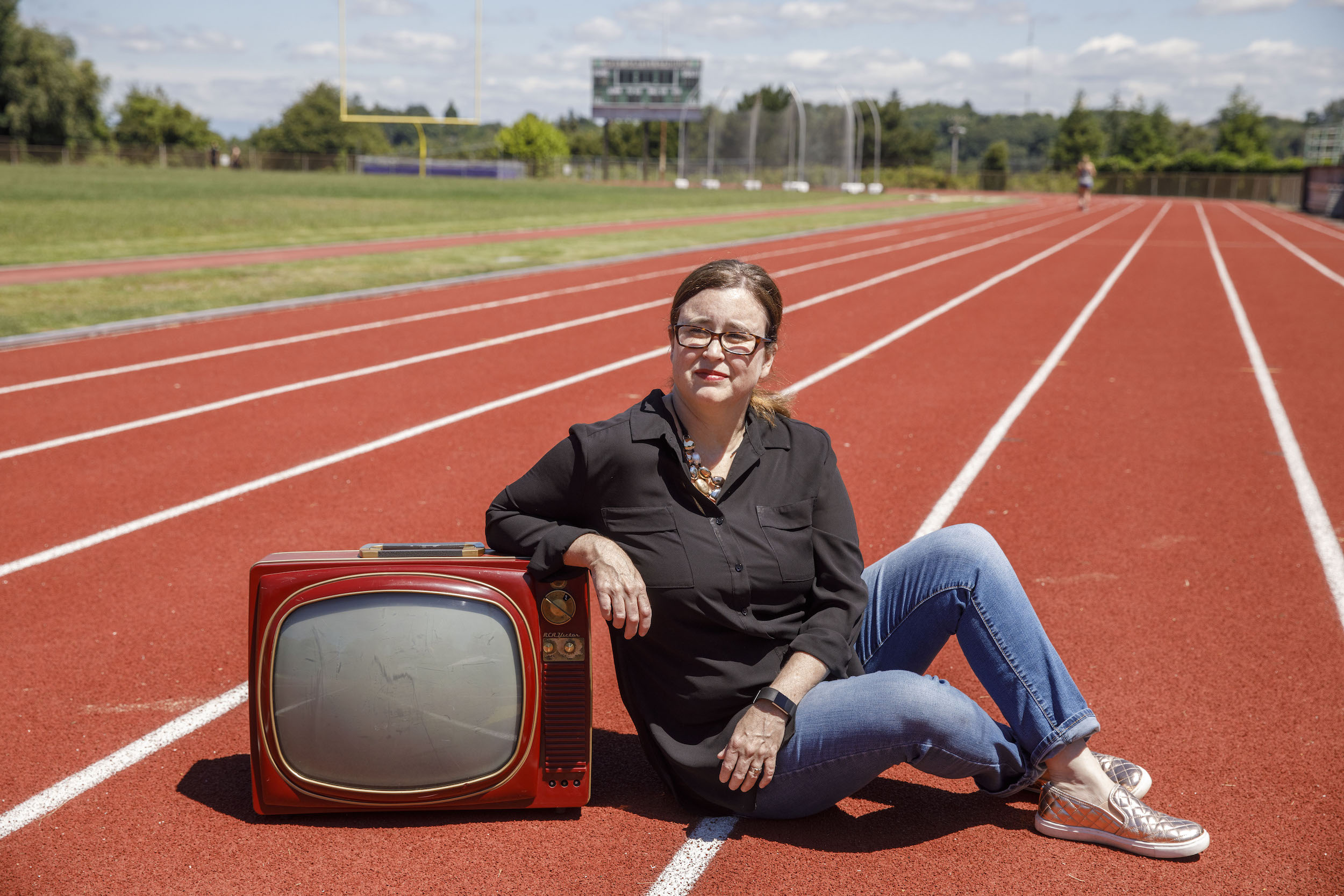 “I really loved bike racing, but it was so hard to find and watch bike racing — but then when you did, you could only find the men's races. You couldn't find the women's races,” McNally says.

She didn’t grow up playing or watching them, but as sports became an increasingly important part of her life, she kept hitting roadblocks over and over when trying to access and watch women’s sports. She realized that as a fan of women’s sports, she was being completely and wholly neglected by current sports media.

Instead of becoming complacent, McNally saw an opportunity.

In early January, McNally left the law firm she founded to focus fully on her new venture.

"I'm a lawyer who spent 20 years in philanthropy, and I'm doing what I do now because I am a sports fan, and I'm really tired of waiting for sports media to understand what I want to watch and how I want to watch it," McNally says.

It’s a response to the persistent issue of gender disparity that plagues sports and sports coverage across the board.

In a 2017 study, McKinsey & Company, a global management consulting firm, found that 45 percent of millennial sports fans are women, a seven percent increase from Generation X. Yet another study, conducted at the University of Southern California, found that from 1999 to 2014, ESPN’s flagship program SportsCenter devoted, on average, two percent of their coverage to women’s sports.

Through her own research, McNally has found that the whole notion of women's sports not being "commercially viable" falls apart when you really dig into it.

“One of the reasons that the major men’s leagues have the giant turnouts and the commercial success that they do is because of excessive coverage across many networks, all the time. You’re bombarded with it. That helps you build audience,” McNally says.

This is something Bill Predmore, co-owner and president of Seattle Reign FC, grapples with constantly.

Predmore describes the relationship between sports media and teams as “symbiotic” and sees this as a major factor in mainstream sports media's coverage of women's sports stagnating at dismal levels.

This results in a cycle: a cycle where women’s teams have historically found themselves on the outside looking in.

“We've just not been able to, thus far, break through that and get coverage that I think is commensurate with what I'd like to believe is our value,” Predmore says. “I think part of our challenge is breaking that cycle, and that's a long-term challenge for us to solve.”

This merely scratches the surface of the staggering information McNally found in her extensive research. Women sports fans have been — and continue to be — an afterthought for traditional sports media.

When current sports media puts women’s sports and women fans on the backburner, it is easy to see why fans and athletes alike have long been seeking alternative forms of media. Others, such as McNally, took matters into their own hands.

“I did it not just because I had an idea, but because I’d validated the idea to some extent and couldn’t stop thinking about it,” she says.

Fed up with the status quo, McNally went all in. 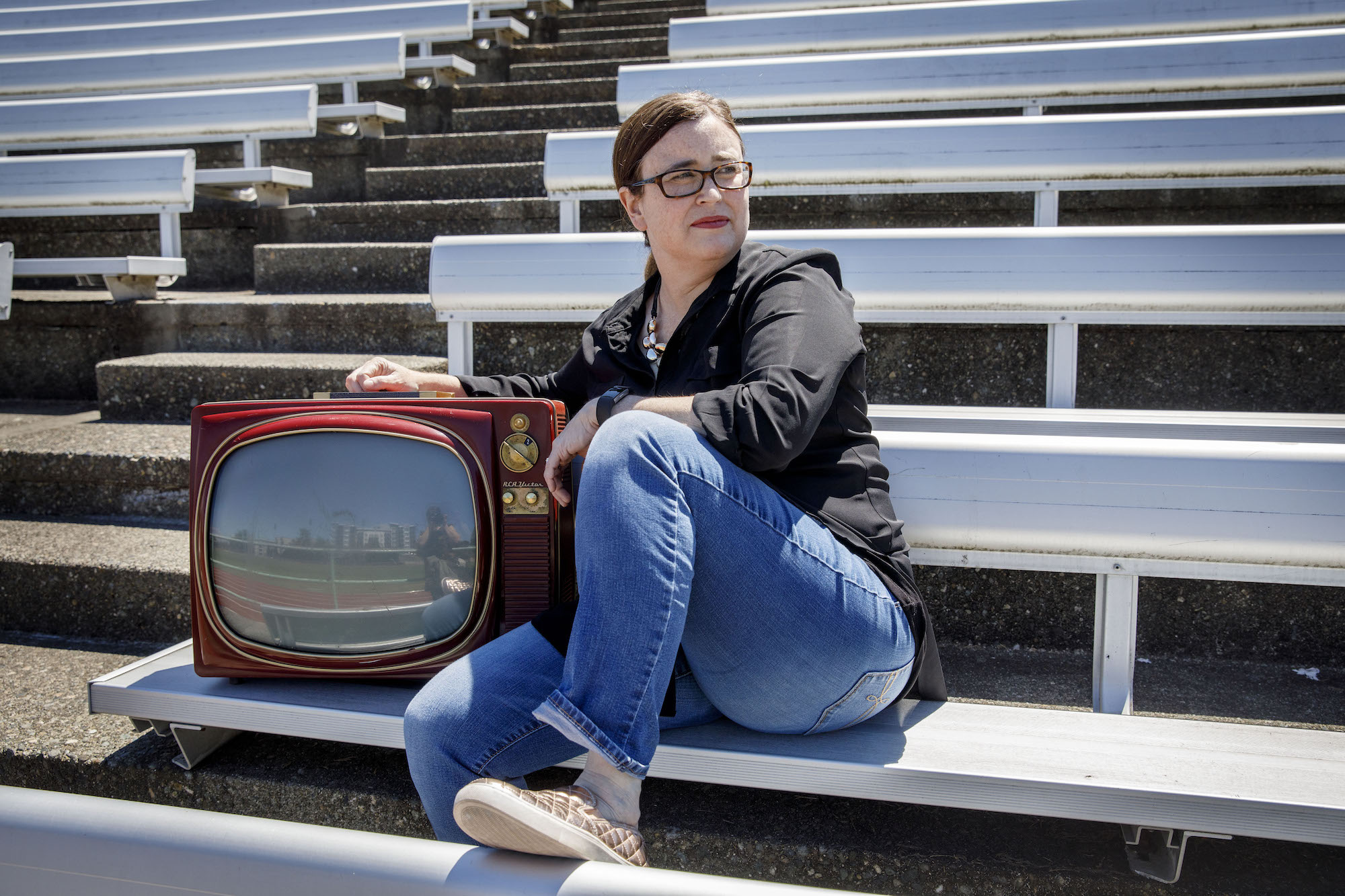 Armed with the knowledge she acquired through 20 years in nonprofit leadership, her law practice which dealt with startups and market research, and experience as a fan, McNally saw it as the perfect time to take a chance.

The launch date for Diana SportsTV is yet to be set and is “100 percent dependent” on the company acquiring sufficient funding to get off the ground. The company is actively seeking more investors.

McNally believes offering a wide variety of both live and non-live content will set it apart from the prototypical cable sports channel. Diana SportsTV will be available on iOS, AppleTV, Android, AndroidTV, Roku and Kindle Fire.

At launch, the service will focus on providing live coverage of lacrosse, roller derby and skateboarding. These are all rapidly growing sports yet are left underserved or totally unserved by mainstream outlets. Eventually, McNally sees Diana SportsTV as being a place where you can “watch everything from soccer to big wave surfing.”

She recruited Shannon Burley — a veteran of the sports and media industries —  as head of business development and operations. Most recently, Burley was Sr. Vice President of Marketing and Business Operations at the WNBA’s Seattle Storm.

Burley brings not only a wealth of knowledge gained over her tenured career within sports and media, but also important industry insight after having observed other attempts to satisfy women sports fans.

In 2010, ESPN launched ESPNW.com in an effort to cater to women sports fans. While some saw the move as progressive and a step towards better representation and visibility, others criticized the site for being condescending to women sports fans. Others chided ESPN for relegating women’s content to a subsite.

“If you talk to people who work at ESPNW, the only way they can get the money to do some of their bigger stories is if ESPN feels as if it can work across all platforms,” Burley says.

Cyndi Butz-Houghton, CEO of Seattle’s own professional women's football team, the Majestics, finds herself on the other side of the debate. Butz-Houghton, a former player herself, views the endeavors in a positive light, but cautions that covering women’s sports must be “done right.”

“We've had experiences in the past where we've had playoff games or a championship game broadcast online, but then you have commentators who have never been to a women's football game before,” Butz-Houghton says. “They can't even speak to the players and their abilities, they can't speak to the history of the league, they can't speak to how these teams are run. They just know football and then they'll start comparing it to the men's game.”

Butz-Houghton is hopeful for what Diana SportsTV will bring in terms of insightful coverage and how it, unlike other properties, has a unique advantage in circumventing the issues within the current sports media landscape.

“I think that when you have a woman-owned business, a network that's run by women, it has more weight to it and I applaud that, I love that and I feel more comfortable with that,” she says.

Earlier this year, McNally herself saw firsthand how white and male the industry truly is.

In attending the Sports Performance Data and Fan Engagement Summit — a gathering of fellow sports media executives and league and team executives from across the globe — she hoped to gain valuable insight that would aid in her own foray into the industry.

The summit promised to explore the future of the ever-growing and rapidly changing industry of sports and sports media. But she says that if the summit was any indication, the future seemed no different than the past.

“I watched one panel, a panel of all white men, talking about the stadium of the future and how it was going to engage fans,” McNally recalls. “I was looking at this and thinking, ‘If the group of you designing this stadium doesn't even reflect your fanbase, the chances that the solutions you design are going to resonate with your fanbase are so slim.’”

Experiences like this, along with McNally and Burley’s overall frustration, is best summed up with the company’s bold slogan: “Fierce. Feminist. Finally. Because we got tired of waiting.”

As for the origin of the company’s name, McNally explains that Diana is the goddess of the hunt in Greek mythology and as a company, they are “on the hunt for a new sports media experience.”

Alec Downing is a student at Seattle University where he is studying journalism. He is the sports and opinion editor at Seattle U’s student newspaper, The Spectator. Find him on Twitter at @AlecJDowning or email at adowning@su-spectator.com