Supporting homeless individuals: How much do we spend?

The homelessness crisis is proving immensely expensive to solve. But, a reader asks, what's the price tag on the alternative? 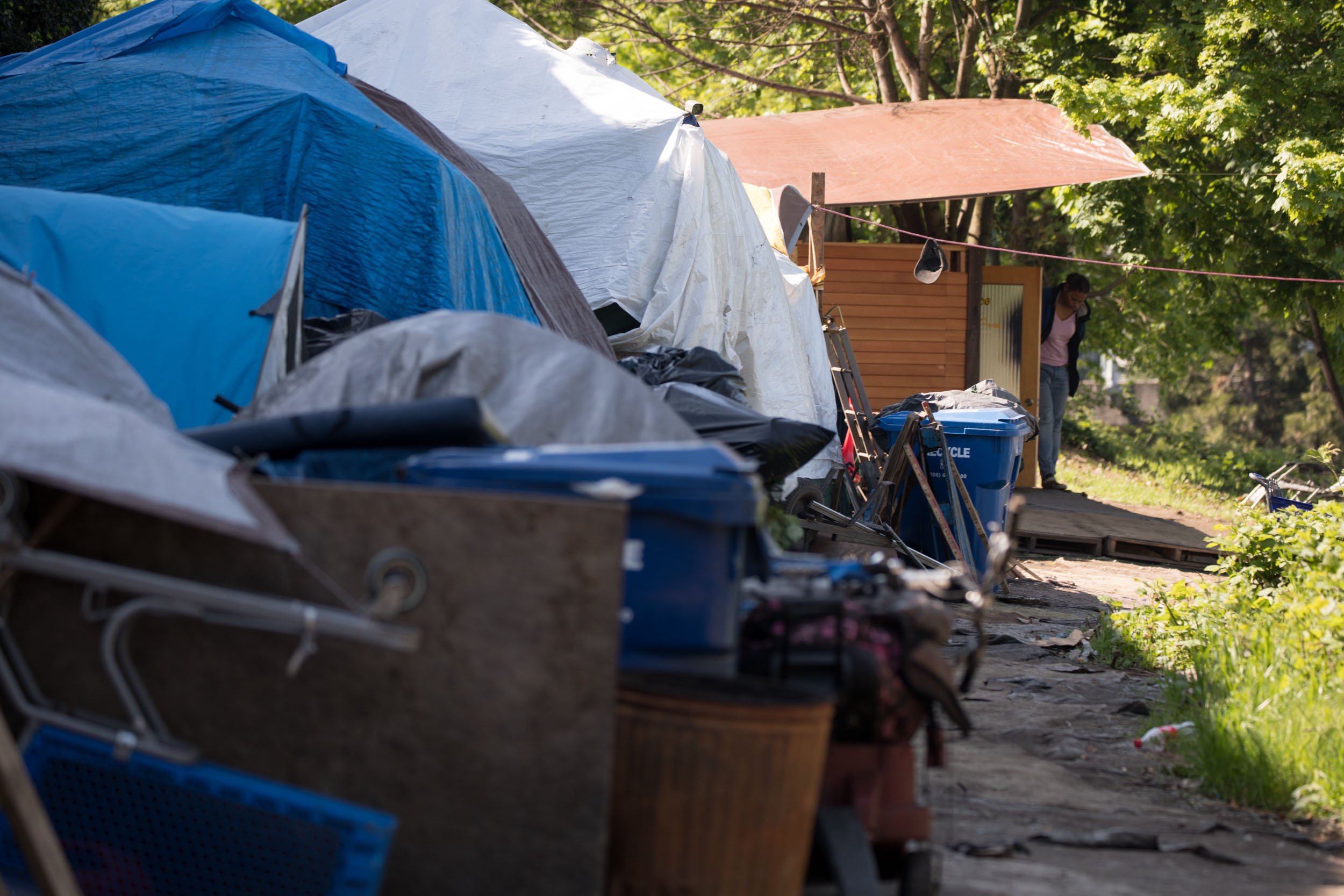 A homeless encampment, referred to as The Jungle, underneath a freeway overpass in Seattle. (Photo by Matt M. McKnight/Crosscut)

After last month’s #SeaHomeless day — a day when Seattle-area media joined forces to cover the issue of homelessness — we turned to our readers and asked what question you’d like us to focus on next.

You submitted your questions, then we asked you to vote on which one you wanted us to pursue. In the end, we settled on this one: “How much does it cost the city when people are homeless? Good to know how much not fixing the problem costs as well as fixing it.”

It’s not surprising that Crosscut readers are wondering about spending: We’ve poured tens of millions of dollars into addressing homelessness. Seattle and King County have been in an official “state of emergency” because of the issue since 2015. And our latest plan to pay for solutions — a head tax on big businesses in Seattle — got bombed on the runway, revoked by the Seattle City Council before it could take effect. Meanwhile, the problem continues to get worse. Recent voter polls show major discontent with how the Seattle City Council has addressed the issue.

The short of it? As Sara Rankin, a Seattle University professor and director of the Homeless Rights Advocacy Project says, “Leave them exactly where they are and do nothing, and we’re still paying for it.”

Figuring out exactly what we’re paying, however, is complicated.

Take 2017. Seattle set aside $54 million for homelessness investments. A tally from the end of last year by the Seattle Times estimated that the combined spending in King County exceeded $195 million. The Puget Sound Business Journal, meanwhile, estimates that the total annual price tag for the region was more than $1 billion.

The difference is largely a result of what these sources are including in their math. The city only includes spending on programs that directly address homelessness. The Seattle Times looked at not just city funds, but also federal funding, the affordable housing levy, and funding from the Seattle Housing Authority, an affordable housing provider. The Business Journal took a more holistic approach, looking at public and private money, and factored in things like the price of law enforcement and lost business revenue.

Basically, it gets expensive.

But those numbers don’t quite get to the heart of the question. Much of the public money spent on homelessness is aimed at finding shelter for those who have none. The reader wanted to know how much we spend to support those individuals in the meantime, while they are still experiencing homelessness: “Good to know how much not fixing the problem costs as well as fixing it.”

“Generally speaking, they’re the folks that you see living on the street,” Rankin says, “who are homeless in the most persistent way.”

Chronically homeless individuals are easier to quantitatively research since the “situations vary tremendously” for the rest of the homeless population, says Daniel Malone, executive director of the Downtown Emergency Service Center (DESC). The chronically homeless are also often the most costly. As a result, most of the numbers we’ll be discussing here will refer to those experiencing chronic homelessness.

Estimates of what taxpayers spend on an individual experiencing chronic homelessness vary widely. One study, conducted in Philadelphia, estimated a yearly cost of $22,372 per person. The U.S. Interagency Council on Homelessness cites studies estimating costs between $30,000 and $50,000 a year.

Rankin points to studies that put individual costs much higher, between $50,000 and $80,000. The chronically homeless, she explains, are more likely to use emergency services such as ambulances. Dispatching law enforcement to move them or ticket them for loitering often adds to these costs.

“They’re the most vulnerable because they’re living on the street,” Rankin says. “They see higher rates of poor health, mental illness, violence and victimization.”

Treating some of those root causes of homelessness — issues such as mental illness or drug addiction — can get really costly. A DESC study published in 2009 looked at the costs incurred by chronically homeless individuals with severe alcohol problems. The researchers looked at bills racked up by jail bookings, shelter and sobering center use, publicly funded alcohol and drug detoxification and treatment, emergency medical services, Medicaid-funded services, and other services. The cost ranged from $2,067 to $8,264 for each individual per month. That's $24,804 to $99,168 per year.

So what is the state of chronic homelessness in the Seattle area today? It’s not good. All Home’s count found an increase of 28 percent in chronically homeless individuals between 2017 and 2018 — and spending is increasing right along with it.

The City of Seattle raised funding to fight homelessness to $63 million in 2018. Their 2018 funding plan projected 7,399 exits from homelessness, but many service organizations have been struggling to reach their minimum targets.

In other words: We continue to spend millions to address homelessness, but thousands of local residents continue to experience it. And that costs us all.

What’s next? King County Executive Dow Constantine will present a budget for the next two years, which will include budgeting for homelessness initiatives, to the county council on September 24. Seattle Mayor Jenny Durkan will present hers the same day.

Rankin hopes that more of the funding will go to finding permanent housing for homeless individuals. Find people shelter, she says, and many other costs come down.

That 2009 DESC study looking at chronically homeless individuals with severe alcohol problems? It found that after a year in permanent housing, the cost of caring for those individuals fell dramatically, from a median cost of $4,066 for each individual per month, to $958.

“It doesn’t make any sense to expect people to fix themselves when their basic physiological needs aren’t being met,” she says. “It’s about science.”