With three new staffers, Crosscut and its sister organization KCTS 9 are expanding both our visual journalism and our coverage of social justice and the environment. 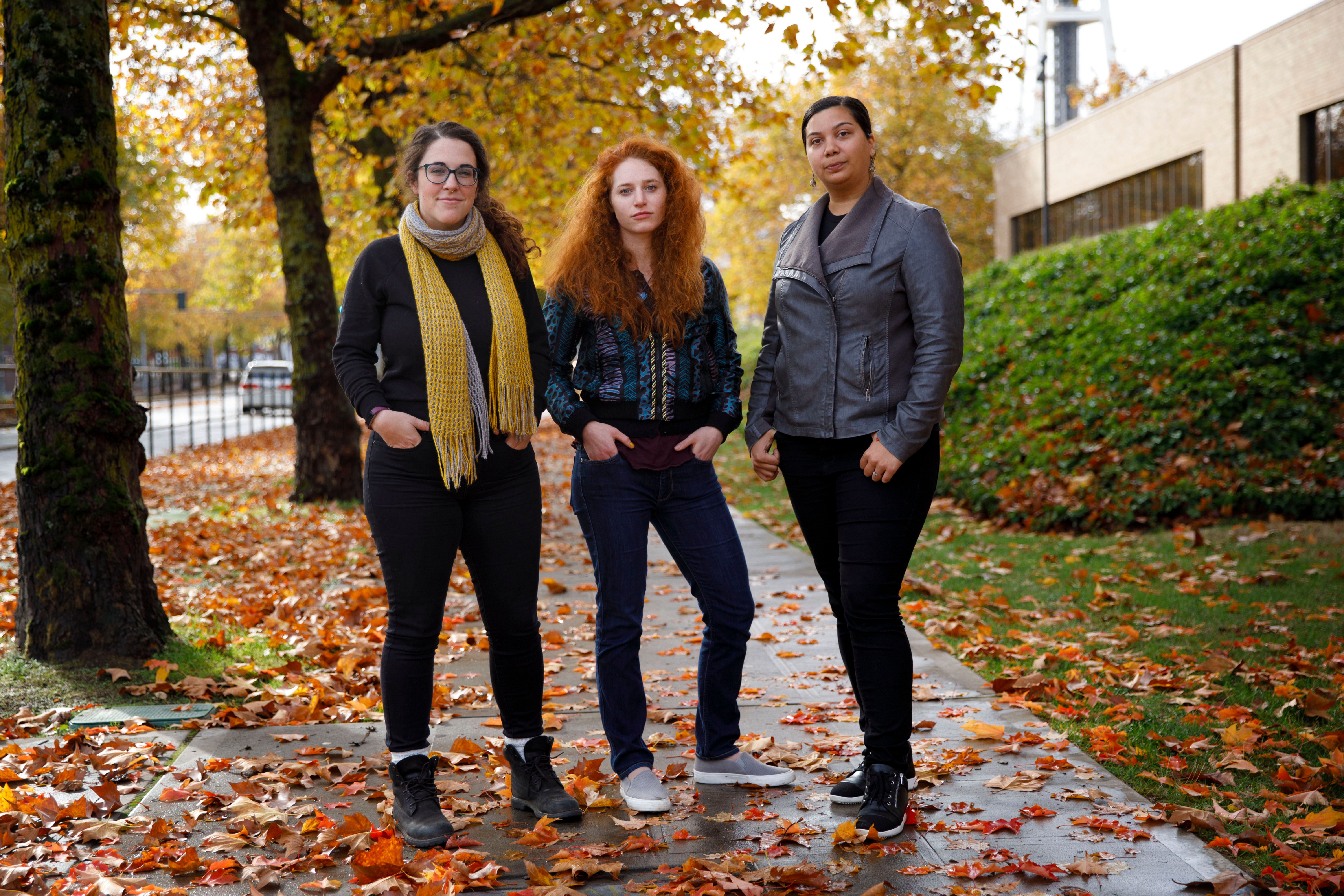 Crosscut and sister organization KCTS 9 are having a growth spurt. In August, we introduced a slate of newsroom leaders, marking the beginning of a transformation here that will strengthen our coverage of politics, culture, and the environment and expand our local video journalism. In September, we introduced four more recent arrivals.

Now, our growing commitment to local journalism continues with the addition of a race and immigration producer, a science and environment reporter and a staff photographer. They are a remarkable bunch — and yes, we're taking suggestions for band names.

Race and immigration producer Jen Dev, a graduate of the Columbia University School of Journalism, joins us after an impressive professional stretch as a multimedia producer for various nonprofits, news organizations and institutions of higher education, including the Italian daily La Stampa and Harvard-based First Draft News. She comes to Crosscut full of ideas for narrative features and explainers that she hopes will give our audience the grounding they need to think critically and maturely about the ways race and immigration shape our lives.

“My goal is to highlight stories of underserved communities that don’t get heard often enough in the media," says Dev, who is fluent in Spanish and Italian, "as well as help our audience gain a deeper understanding of societal structures that both cause and aggravate inequity.”

An avid cyclist and outdoor enthusiast, she is fascinated with what she calls “the tense coexistence of — and blurring boundaries between — society and the natural world.”

Weinberger will explore this space in her new role, she says, by investigating “changing ecosystems of the Pacific Northwest, how people are working to better understand, appreciate and protect these ecosystems, and the ways in which sustainable interventions can actually be mutually beneficial.”

Photographer Dorothy Edwards hails from Florida and received her journalism education in the great Bluegrass State. A multimedia journalist by training, she spent formative years shooting for the Naples Daily News and USA Today Network. Her photography has captured the destruction of Hurricane Irma, Cuban exiles celebrating the death of Fidel Castro, and the despairing aftermath of recent history-defining tragedies, including the Florida mass shootings at Pulse nightclub and Marjory Stoneman Douglas High School.

Edwards has a cute dog named Simba, and both are trying to adjust to the Northwest rains. “I’m so excited to learn about the city of Seattle and dive deep into the stories that are making the biggest impact on the people living here,” she says.

We’re thrilled to have these new faces in the newsroom. But we’re not done hiring yet! In the coming months, we’ll add a copy chief, an arts and culture writer and a climate justice reporter to our ranks. Until then, a warm welcome to Jen, Hannah and Dorothy!