Fanning the flames: Trump and the fascist playbook 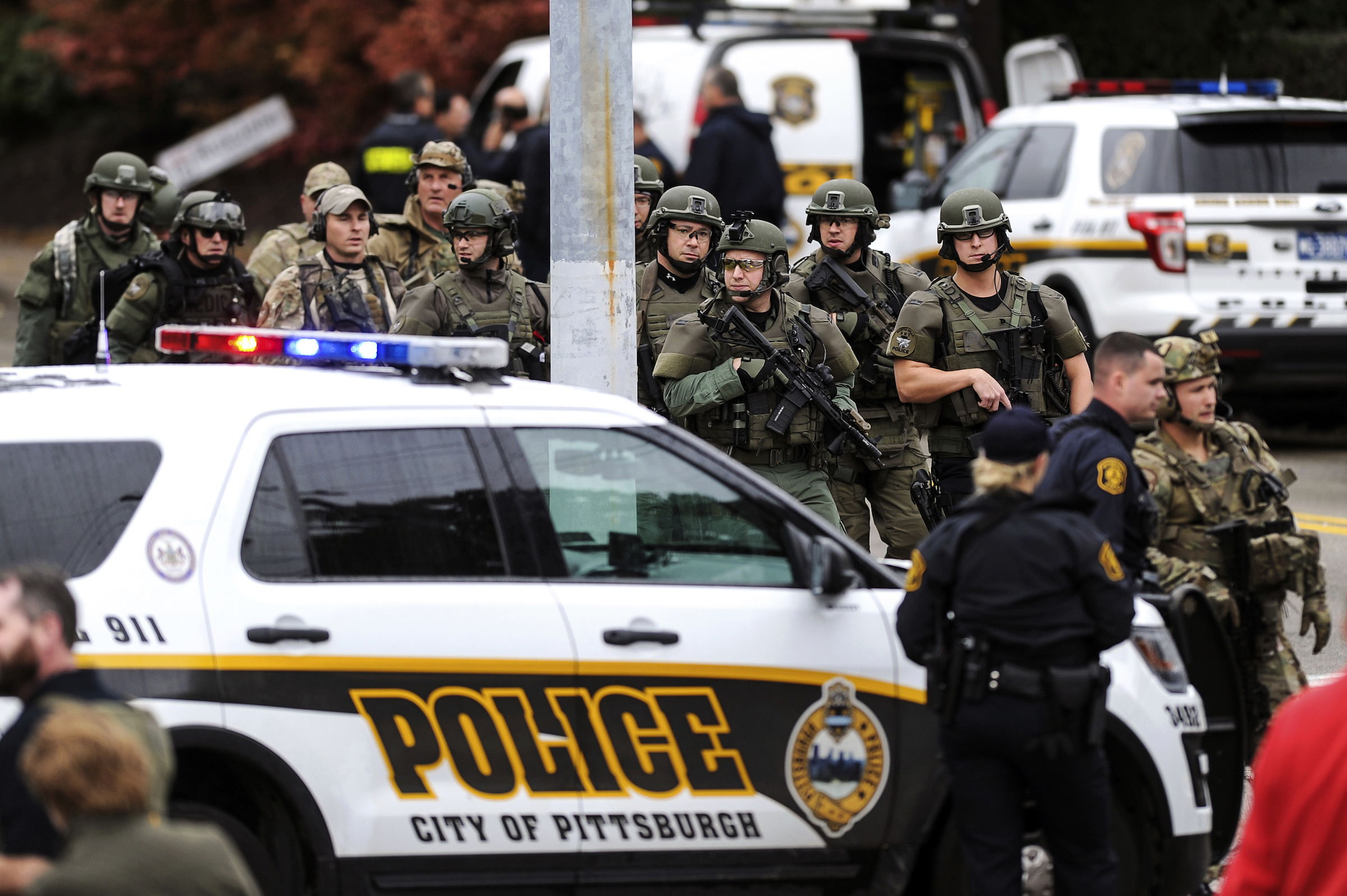 It is time to stop pussy-footing around right-wing violence in this country.

Events of the last week have made this perfectly clear. The bombs sent to prominent Democrats, George Soros and CNN, and the mass killing of Jewish community members in Pittsburgh demonstrate what has been in front of our faces for a long while: The alt-right feels newly empowered to carry out its violent agenda.

And a president, who fans the flames with rhetoric and whose answer for school or church shootings is to arm teachers and congregants, is throwing gas on the fire with a refusal to do anything about the mass arming of the public with weapons of war. Weapons, by the way, that are not being used against an invading army or an oppressive king, but against school children, teachers and religious worshippers.

This is about more than madmen who commit such acts. It is about an enabling of violence. Donald Trump has embraced “nationalism” in ideology and recently in name, urging his followers to use that term. The coupling of nationalism with racism and anti-Semitism is longstanding, historic, current and inextricable. It is the basis of anti-democratic authoritarianism. It is not patriotism.

The president might say he is appalled by these recent acts, but his politics say otherwise. His public listing of enemies has become a target list for extremists and true believers. His dog whistling to white supremacists does not go unheard by would-be Brown Shirts or the khaki-pants crowd of the new millennium.

Trump has embraced the term “America First,” and made it fundamental to his politics. While he does demonstrate remarkable ignorance of American history, it’s impossible to believe that he does not know the connection between that slogan and the America First movement of the 1930s, supported by far-right ideologues, domestic Nazis and Bundists, fascists and their sympathizers. This was the banner of anti-Semites in the pre-World War II years, the cry of folks who wanted to ally with Hitler and Mussolini, or at least leave them alone to do their worst in Europe and beyond.

To put this in perspective, I highly recommend watching Edmonds travel guru Rick Steves’ new documentary, “The Story of Fascism in Europe.” It aired recently on KCTS 9 and can be seen on Steves’ website. (Disclosure: KCTS and Crosscut are part of the same organization, Cascade Public Media.)

I had a chance to preview it and chat with Steves about it.

The film gives viewers an hour-long history of the authoritarian playbook. How did Europe — Germany, Spain, Italy — become the center of fascism? How did fascism come to power? Steves takes his usual curious and clear-eyed view of the subject.

It’s the recipe for dictatorship that fascinates Steves. Undermining democracy, fomenting violence, finding ethnic or religious scapegoats, using power propaganda that plays to paranoia — these are some of the tools of totalitarians, right and left.

Steves says the playbook will be familiar to many of us today at home and abroad. As he notes, right-wing nationalism is on the rise in the west today. The show’s video combines Steves’ visits to various sites in Europe where fascism flourished with superb historic footage, much of which you may never have seen before and is compelling. And it’s often heartbreaking, from victims of the death camps to young German girls planting swastika flags even as Berlin collapsed around them and Hitler hid in his bunker. Nationalism is founded on deep denial.

A key element to fascism’s rise is encouraging the breakdown of democratic rule through violence and attacking democratic institutions: universities, libraries, representative government, the media, the electoral system, destroying norms, turning all into “enemies of the people.”

Steves’ local premiere of the film took place in a Seattle theater, The Egyptian, that had been the site of pro-Nazi speeches and demonstrations in the 1930s. The take-away: It can happen here. It happened in our country then and we stopped it — but only after the global catastrophe that was the Second World War.

In the 1930s, the government was slow to take the far-right domestic threat seriously. Trump has excused or downplayed it at every turn, from Charlottesville to Russian interference in elections to saying the Jewish victims at the Pittsburgh synagogue should have had armed guards. That’s out of the fascist playbook: Blame the victims.

Law enforcement must take what’s happening now much more seriously than they did decades ago. In the 1930s, the FBI and local police were slow to turn their heads from chasing “Reds” and “Bolsheviks” to understanding the level of domestic threat Hitler’s sympathizers posed as the German-American Bund and groups like the fascist Silver Shirts armed themselves for war against the government and “the Jews.” When they finally realized the threat, they cracked down — with the support of President Franklin D. Roosevelt and an American public that realized the nation was potentially under attack from within.

In the press conference members of the Justice Department and law enforcement gave last week regarding the arrest of the suspect in the attempted bombings, "the MAGA bomber," they endlessly emphasized the FBI’s effectiveness and inter-agency cooperation. Listening to it, I almost felt that it was for an audience of one: the president who has worked so hard to damage the morale and integrity of the FBI and federal intelligence agencies. They seemed to be saying, we’re here, we’re good, Mr. President. You’re going to need us.

America is under threat, not from caravans of refugees from Central American, but from an administration that has encouraged the worst impulses of some citizens. The electorate needs to read the playbook and respond.