Seattle will always be a Paul Allen city 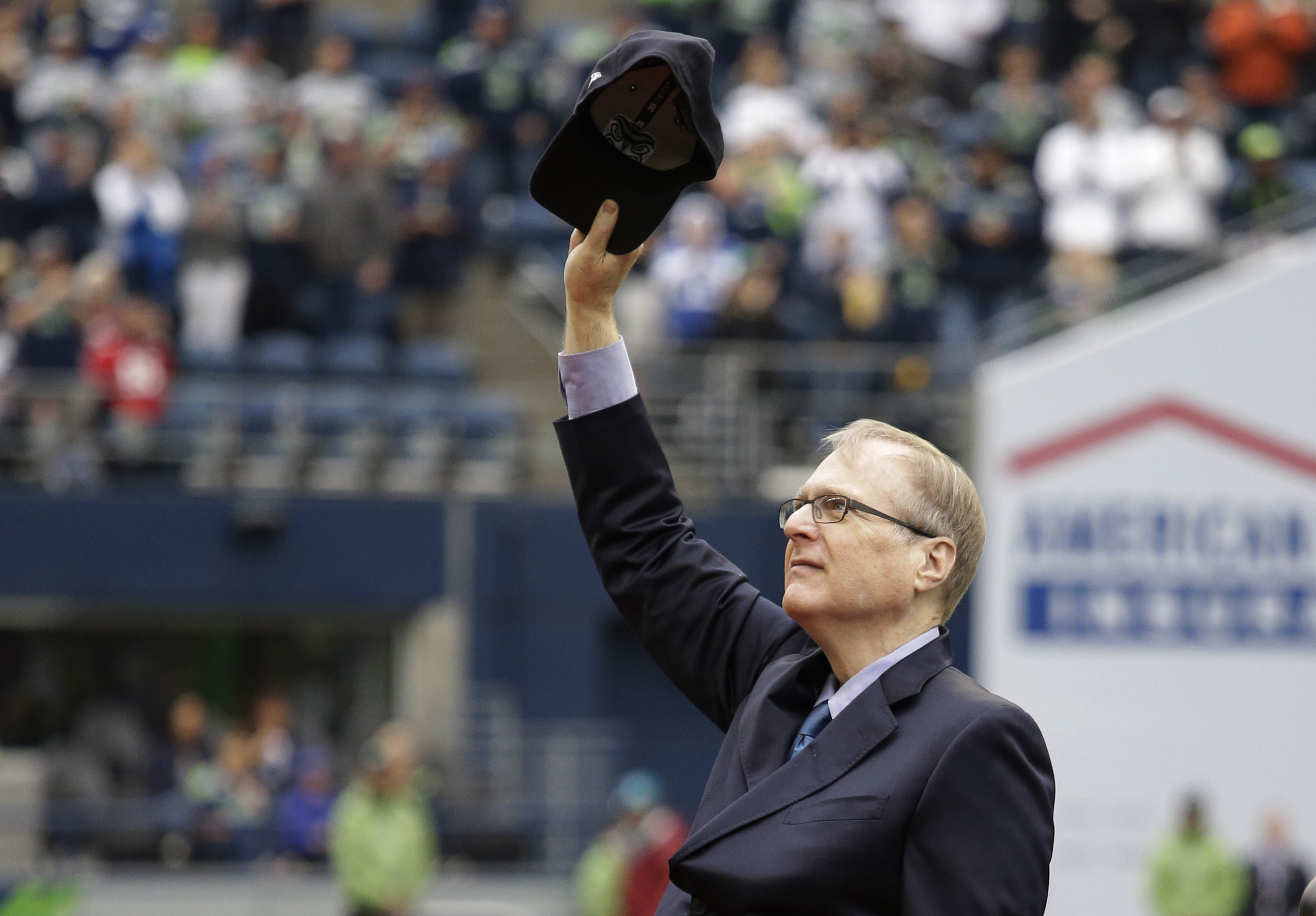 Seattle Seahawks owner Paul Allen tipped his cap to fans as he was honored for his 20 years of team ownership before an NFL football game against the San Francisco 49ers, Sunday, Sept. 17, 2017, in Seattle. (Elaine Thompson/AP Photo)

My first image of Paul Allen is from high school, here in Seattle. I remember seeing him sitting on the floor of the lounge for upperclassmen at Lakeside, the prep school we both attended. Paul wore long hair and a drooping mustache, and had his briefcase by his side. He was a nerd, not a hippie, but a cool-guy nerd, a nerd you could talk to, not like some of the other geeks who played with punch cards in the small Lakeside computer room that launched a revolution.

I felt a kinship with him as I watched his career unfold. Not just the alma mater thing, but because more than his fellow alum and future Microsoft business partner Bill Gates, more than fellow tech billionaire Jeff Bezos, Paul was a Seattle guy.

While Gates looks to global health and Bezos eyes the Moon and Mars, Allen transformed his hometown yet he always seemed connected to that little bit of Dick’s Drive-in that resides in every local’s soul.

His Vulcan real estate company reshaped South Lake Union, for better or worse, and it is playing roles in redevelopments of once low-income communities like Yesler Terrace and at the Central District’s 23rd and Jackson. The reshaping of the city in the last two decades is huge and will play out for years.

He saved the Seahawks from a terrible owner who wanted to move the team to Los Angeles. He bought the team, got a publicly funded stadium, and brought a Super Bowl trophy to Seattle. We cheered him even as the public sickened of stadium giveaways to franchise owners.

He saved the Cinerama movie theater — one wonders if he could have saved The Showbox, too. He built a music museum/activity center/concert venue originally to honor Jimi Hendrix called EMP, then morphed it into a sci-fi museum, then into MoPop — a museum of popular culture at Seattle Center where you can admire Captain Kirk’s famous chair.

There was something elusive about Allen, even as he was a public person. Sightings were rare. At certain times, he seemed Howard Hughes-like. I remember in the early 1990s I assigned a writer to profile him for Eastsideweek, a local alternative newsweekly. One of his aides called to scream at me for sending a photographer out to his compound on Mercer Island. People who knew him were warned not to talk. He valued his privacy and his close family yet he could be found out and about at times. My favorite sighting was back in the 1990s when I went way out on Aurora Avenue to a multiplex to see a sneak preview of a Star Trek: The Next Generation movie. Who was standing outside in the chilly dark, first in line? Paul Allen.

Allen’s life got large, no question. An enormous yacht, sailing the world with rock stars, his project to look for extraterrestrials, searching for historic sunken ships (inspired by Jacques Cousteau documentaries), traveling the world. He spent money like many of us would if we won the lotto. He indulged his passions, from rock music to pursing knowledge as if it was a scripted PBS program.

He loved Carl Sagan’s public TV series Cosmos and he had been inspired by the Federal Science Pavilion at the Seattle World’s Fair. Sagan was a kind of 1980s Anthony Bourdain touring the universe. Allen seemed to want to use his resources and brainpower to bring us discoveries too — brain science, training computer engineers, bigger engineers and library facilities at the University of Washington, a project building the world’s biggest plane, the Stratolaunch, to send payloads into space.

Back in 2011, motivated by his previous brushes with cancer, he wrote an insightful and entertaining memoir, Idea Man, in which he told the story of building Microsoft with Bill, falling out with Steve Ballmer, his own failures of vision and execution, and the break-up of that bro-culture business marriage.

At an event promoting his book in 2011, I was struck by how well Allen came across — a long way from the quiet yet approachable nerd of high school. He was, I wrote, “articulate, witty, low-key” with a “knack for explaining complex things for a smart lay audience of the Town Hall type.” I was also struck with how his life and values embodied so much of what we like to think Seattle is: a tech town that values high purpose, innovation, education. The legacy of people of Allen’s ambition and scale are always open to debate, and will be for years. But I don’t think anyone would argue that his impact has been anything short of profound, especially here.