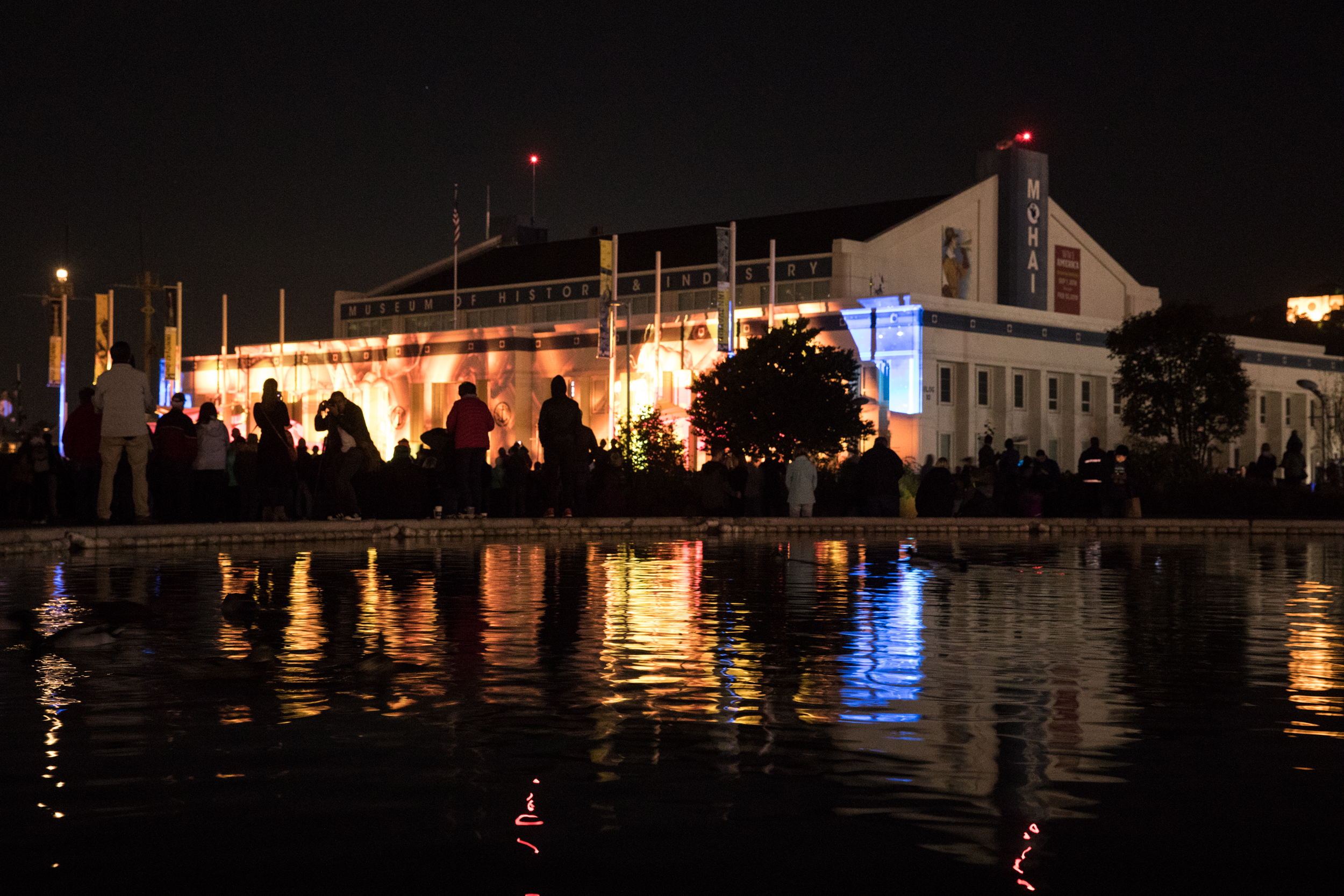 "BOREALIS, a festival of light," at MOHAI in Seattle's South Lake Union neighborhood, Oct. 11, 2018. (All photos by Matt M. McKnight/Crosscut)

“I’m looking at my canvas,” said Alexander Us as he gazed up at the western façade of the 50,000-square-foot MOHAI building on South Lake Union. Once an old Navy armory, the building now houses all sorts of regional artifacts, from a Boeing B-1 to the original red neon Rainier Brewing “R.”

But it was the building’s exterior on Wednesday evening that provided onlookers a kaleidoscopic, arresting, booming show.

Alexander Us and a host of other international artists eclipsed the building’s exterior with a 30-minute lighted spectacle, equal parts Las Vegas glitz and total celestial wonder. Called “BOREALIS, a festival of light,” the event featured a global competition by visual tech wizards from China, Japan, Turkey, Slovakia and the U.S.

Us hails from Russia.

“You take a virtual architecture and you put it on a physical architecture,” he explained, trying to convey what video mapping is all about. The mapping, choreographed to some very loud music, projected enormous images that cloaked the MOHAI building. 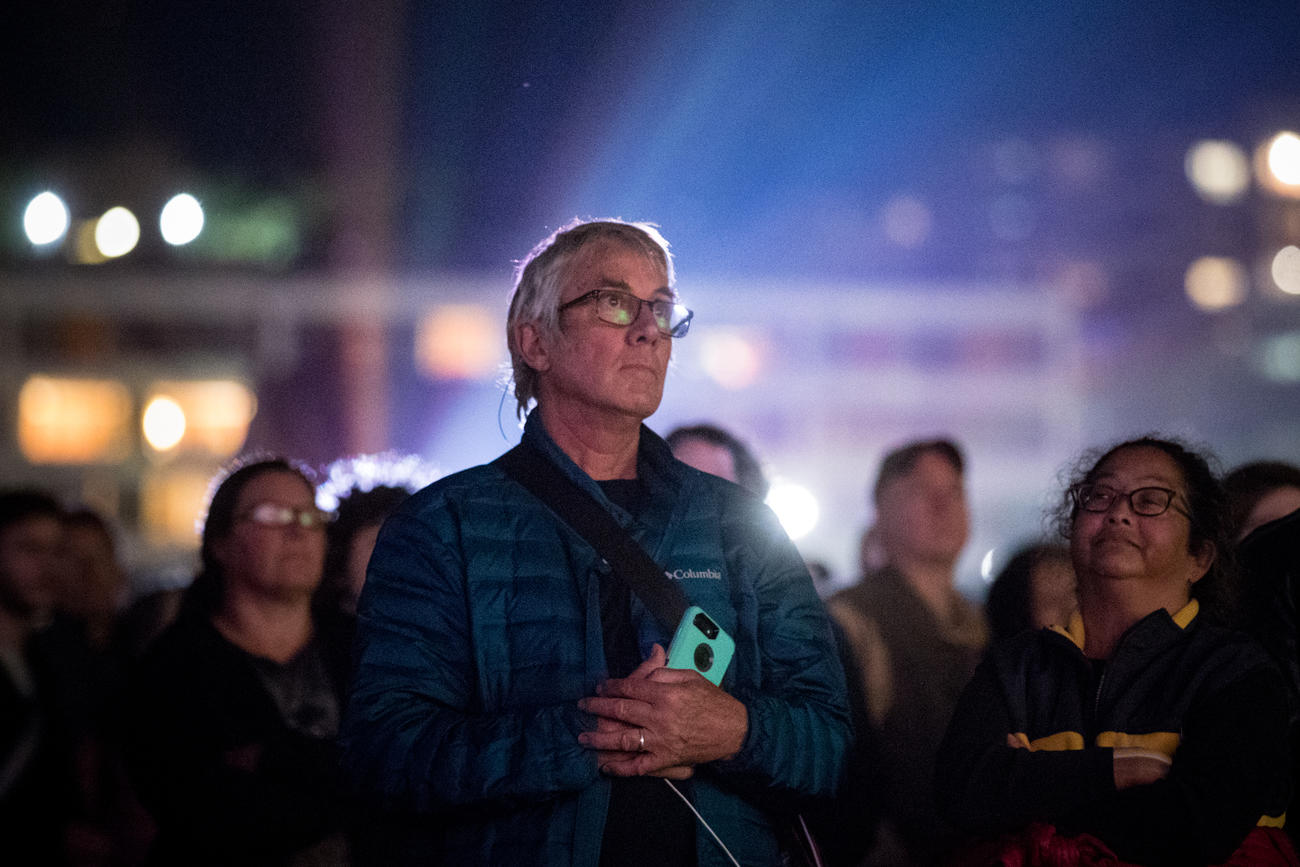 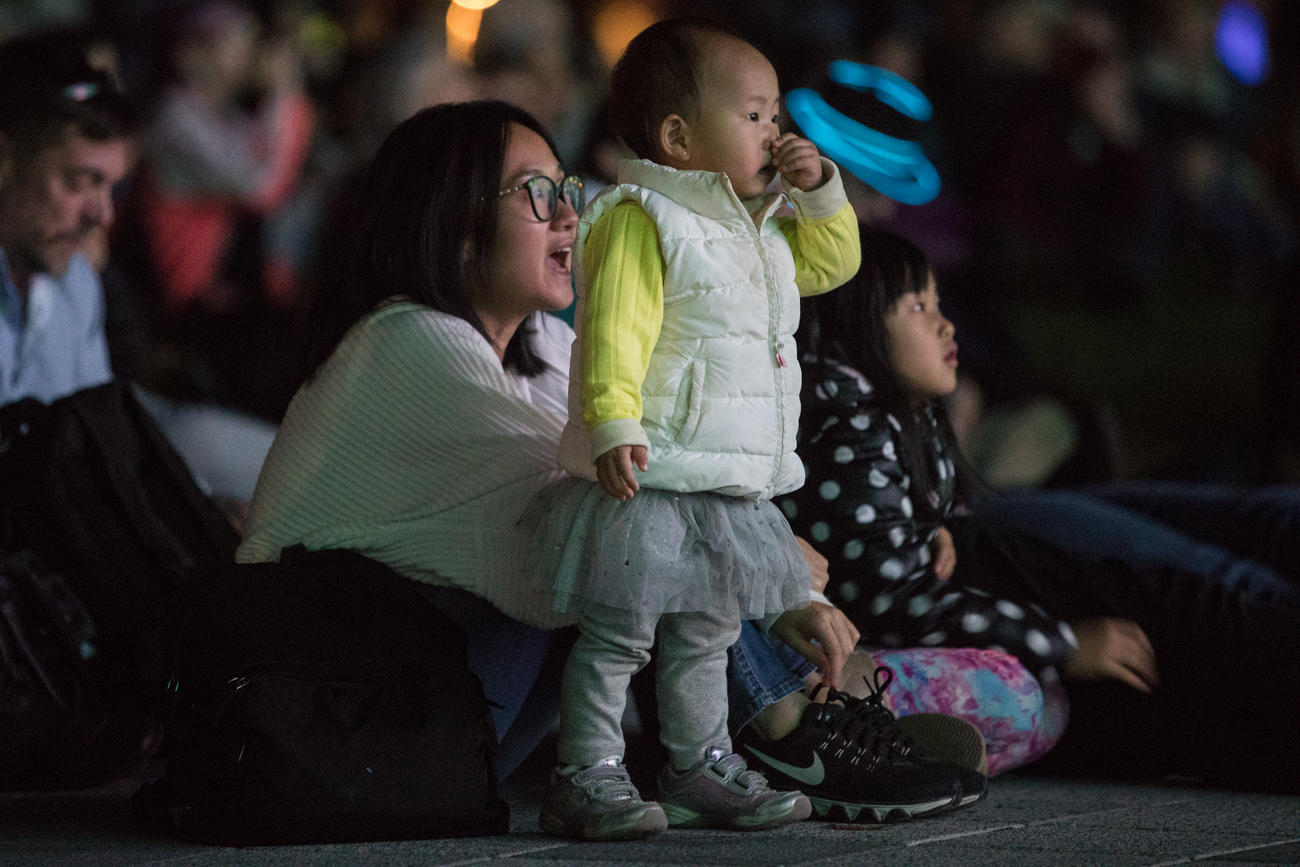 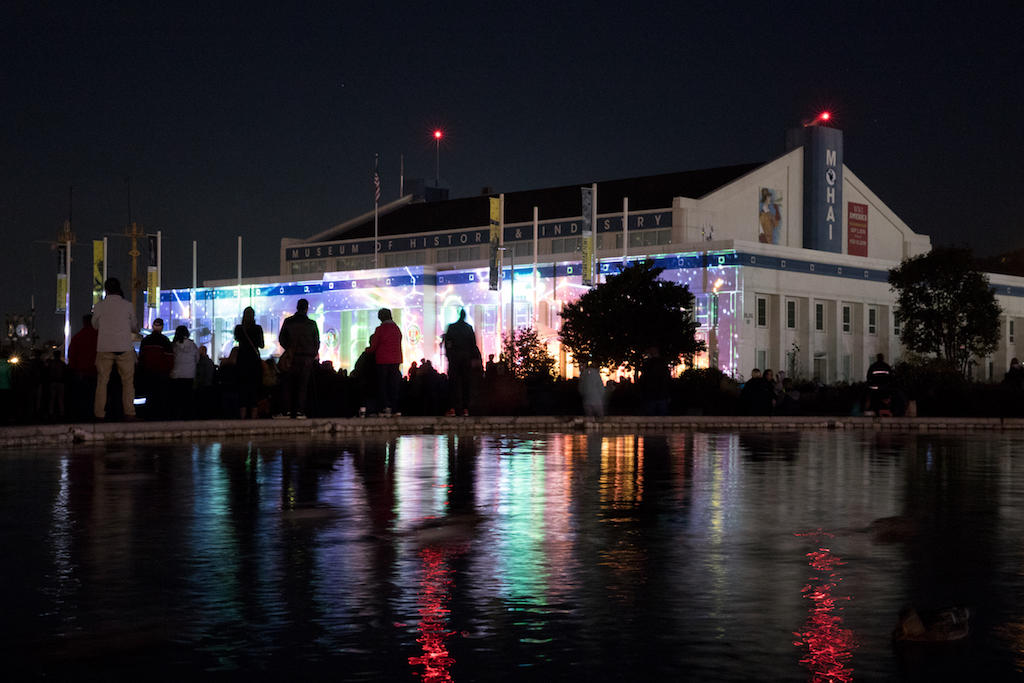 This is the first event of its kind in the United States. The display is free and continues through Sunday evening.

Us, 38, whose Sila Sveta interactive media company has stage designed for Coachella as well as the music performer Drake, took inspiration from poet Joseph Brodsky for his Seattle BOREALIS contribution. His largely black-and-white lighted offering, called “Loneliness,” thundered in foreboding visual prose. “I made a long, slow-motion effect. You feel like time has stopped. I wanted to show something unique for BOREALIS,” he said.

BOREALIS, a festival of light

The festival, which also includes 25 art installations, is free at Seattle's South Lake Union through Oct. 14. There are four nightly showings of the international video mapping project. Tickets are required.

In Moscow, millions of people will gather for light festivals like this, Us explained. The international competition, he continued, allows spectators to take in all sorts of creative perspectives.

“Light is an international language,” he said.

“If there were no light, there would be no life,” chimed in Terry Morgan, the executive director of the inaugural festival, transporting the significance of the event to a whole different level.

And with that, a huge lighted countdown began on the MOHAI building and then, a giant gray whale appeared.

The Canada geese, a dog walker, a gaggle of bicyclists passing by — had never encountered such a sight.