Of the 39 races on ballots across the state, only 10 are contested. 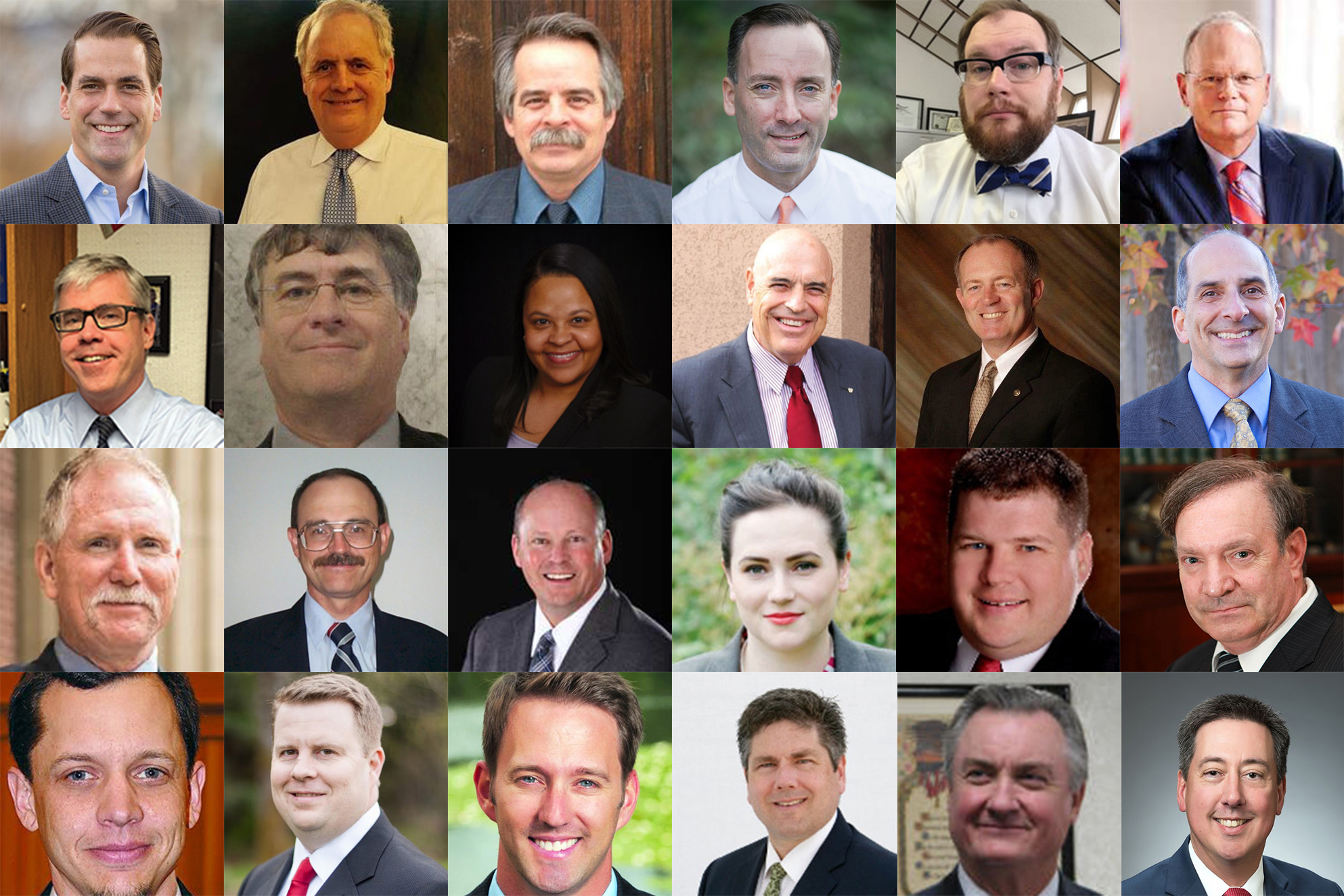 Prosecutors play key roles in county government. Their primary function is to decide whether and how to punish anyone who breaks the law within the confines of the county, from drug users to prostitutes to undocumented immigrants caught driving with a suspended license. And how they go about their duties can set the tone on criminal justice reform. Yet, the vast majority of county prosecutor races go uncontested.

Nationally, an estimated 85 percent of elected prosecutors run unopposed, according to a 2015 report by the San Francisco-based advocacy group Women Donors Network. Washington state is no exception. Of the 39 prosecutor races currently on ballots throughout the state, only 10, or 26 percent, are contested races.

“These races are below the radar,” said Dan Shih, Chair of the Washington Coalition of Minority Legal Professionals, a joint committee of participating minority bar associations that rates candidates for elected law-enforcement positions. “A lot of people really don’t understand what the prosecuting attorney does and the impact of that office on the criminal justice system.”

Experts Crosscut spoke to say the absence of competition in the prosecutor races can lead to a lack of accountability, as well as a dearth of progress on criminal justice reform. It also could be contributing to a lack of diversity within the offices. There are a scant number of women and people of color running for the office in Washington state, which is elected every four years: Six women and at least four people of color.

Nationally, 95 percent of the approximately 2,400 elected public prosecutors — including state, county and district attorneys — are White and 83 percent are men. Only 1 percent are women of color, according to the 2015 report by the Women Donors Network.

The reason for the lack of candidates? Some say the paltry number of challengers is due to the fact that prosecutor candidates are likely to rise up through the ranks, and are reluctant to cause friction at their day jobs.

Just look at Whatcom County, where for the first time in 44 years two candidates are running for the office.

Lisa McShane, a political consultant who is helping with one of the candidate’s campaigns, Eric Richey, said the only reason there are two challengers this year — both Democrats — is due to the seat opening after former prosecutor Dave McEachran retired, finally, after decades on the job.

“My primary thought is that people who want this job are unwilling to run against their boss,” McShane said.

Those searching for a reason why only need to look at the prosecutor’s race in Pierce County, where Mark Lindquist is running for his third term against challenger Mary Robnett, who worked for the prosecutor’s office until 2012. The race between the two former colleagues has been described as a slugfest, with each accusing the other of unethical behavior while on the job.

Another reason for a lack of candidates, said McShane, is the fact that a government job, even overseeing a county office, is unlikely to pay as much as private sector lawyers stand to make. “I think the field of people who want to run against an incumbent prosecutor is pretty narrow,” she said.

It’s been so long since anyone has run for the office in Whatcom County that “people are struggling to understand what a prosecutor does,” McShane added.

Although there have been numerous forums, “a lot of the questions have missed the mark,” McShane said. For example, the public has asked the candidates about a ballot measure to fund a new jail, which was defeated in 2015 and 2017. Voters don’t seem to understand that the ballot proposal would have enacted legislation, a sales tax to fund a new jail, that remains outside the control of the county prosecutor’s office.

Still, for the first time in years, “people are all worked up about the race,” McShane said.

Yet the lack of candidates has already done its damage, McShane said. McEachran, for example, was opposed to introducing the Law Enforcement Assisted Diversion, or LEAD, program in Pierce County. The program offers housing, healthcare, job training, treatment and mental health support for drug offenders and prostitutes.

“I think it’s really healthy to have some turnover,” McShane said.

Contested
Not Contested
Candidates with no party affiliation labelled are self-described as no party or non partisan.

Interest in these races is a good thing, says Alison Holcomb, political director at American Civil Liberties Union of Washington. The position is vital, she says, more so than much of the public realizes.

“Prosecutors have a great deal of discretion in deciding whether to file criminal charges versus offering a diversion-based program,” she said as an example of the power of the position.

“What they’re saying out in the public and how they’re talking to their communities” about drug offenders and other low level crimes also matters, Holcomb said.

And yet, without an opponent, a candidate’s views on these issues are rarely aired.

Because of the pivotal role prosecutors play, the ACLU of Washington and 22 other partner organizations, including the Latino Civic Alliance and the Public Defender Association, recently sent out questionnaires to all candidates running for the office of county prosecutor, asking them where they stand on various criminal justice reform issues.

Only 12 candidates responded, but Holcomb was pleasantly surprised that even some of those who are running unopposed replied at length.

One of the respondents was King County Prosecutor Dan Satterberg. In May, Crosscut reported Satterberg was facing a challenger for the first time in 11 years. Attorney Daron Morris, a career public defender and graduate of NYU School of Law, announced he was running as a changemaker only to drop out months later, citing health concerns.

That same, month, however, Satterberg announced he was no longer a Republican but a Democrat. In an interview with The Seattle Times, he acknowledged the switch was prompted in part because he was facing a re-election challenge.

The questionnaires sent to Satterberg and other candidates give insight into the range of job duties for which prosecutors are responsible. Satterberg’s 7-page response to the ACLU also demonstrates his interest in re-election, even if running unopposed.

In response to the September 18 questionnaire, Satterberg noted that “people with mental illness, developmental disabilities, or who are on the autism spectrum should be diverted from the courthouse to programs that provide access to wraparound services that can help them.”

Satterberg also said his office had “reduced the number of criminal charges filed against juveniles from nearly 8,000 a year down to around 1,600. The county has gone from having roughly 200 juveniles in detention to about 60 at any given time.”

And he said that his office “has worked to do all that is possible to maneuver the criminal justice system to mitigate the increasing overlap of immigration and criminal law.”

In 2014, Breean Beggs, a Spokane City Council member and private law attorney, ran for the position of county prosecutor against Larry Haskell, who had worked in the county prosecutor’s office since 1998. The two men were vying to replace longtime Spokane County Prosecuting Attorney Steve Tucker, who had served in the office for more than a decade.

Although he ran a competitive race, spending about $120,000 on his campaign, Beggs lost in the end.

But Beggs says four years before his own campaign loss, Tucker fired his deputy prosecutor, Dave Stevens. Stevens had announced his intention to run for county prosecutor just weeks before his termination.

“I’m not saying all prosecutors would do that, but just the fear of it might keep people from running,” Beggs said.

Beggs thinks having nonpartisan prosecutor races, where candidates refrain from identifying as Democrats or Republicans, like the one in King County, might help because the public would be forced to take a closer look at the candidates.

What we don’t want, Beggs said, is for prosecutors to feel like “he or she can act with impunity.”

This story was updated to clarify Breean Beggs' comments.