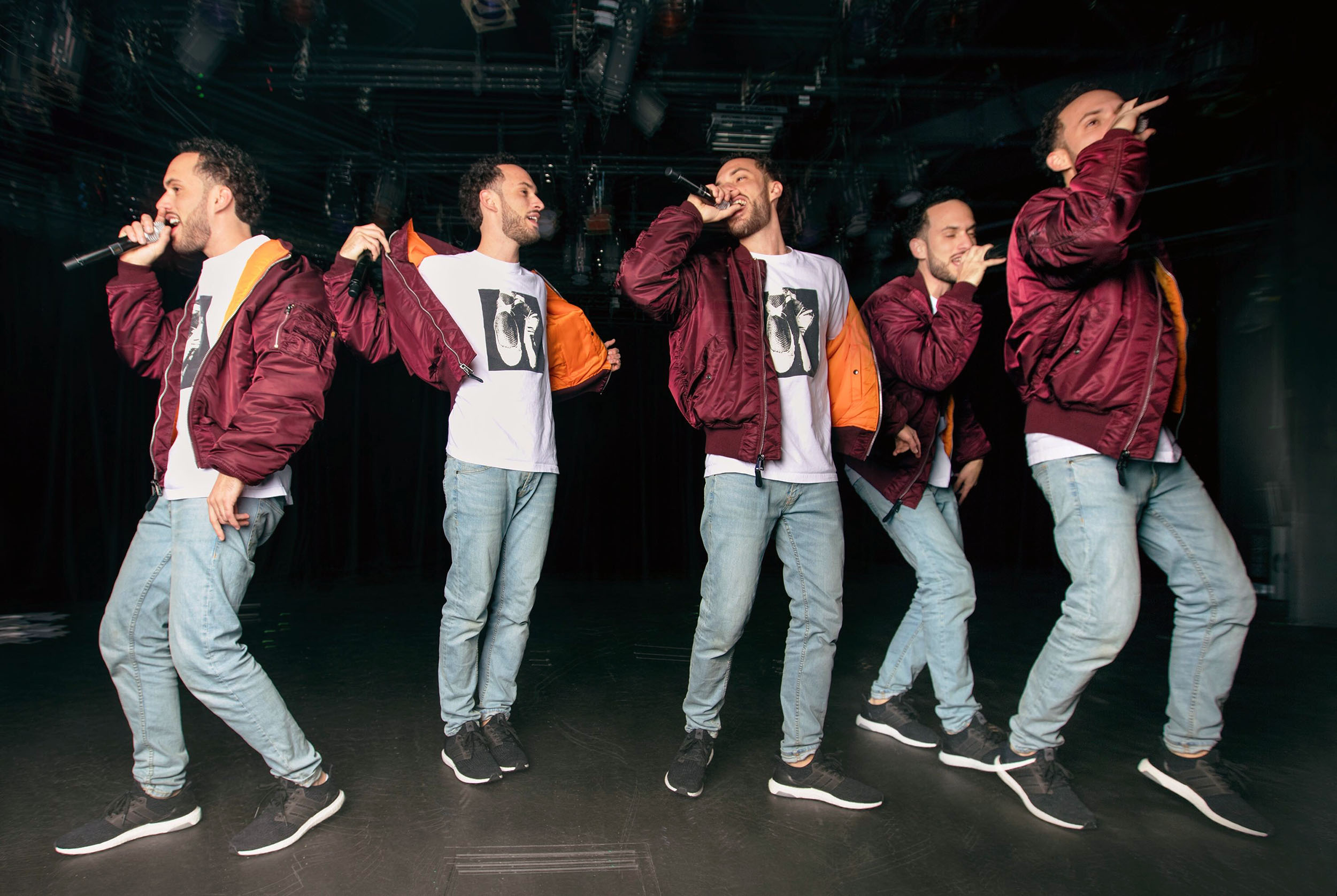 Sol Moravia-Rosenberg walks through the doors of a quiet cafe near Seattle University looking comfortable and confident in a fluffy yellow bucket hat with a Nelson Mandela T-shirt. He’d spent the morning at the same cafe, getting through the daily tasks required to promote a new album.

“I think your art isn’t really completed until you’re sharing it,” says the rapper, who is heavily active on Instagram and has been sharing behind-the-scenes footage of how he creates his work. “I’m not the type of artist who is going to leave it up to the universe.”

The Seattle native, who recently turned 30 years old, doesn’t strut like a rapper carrying clout, even though he could. He’s independently released five EPs and three albums since 2008, with the 2012 Yours Truly album hitting No. 1 in the U.S. on the iTunes hip-hop charts. His lyricism is playful and positive with verses that make him relatable to everyday people. “Rap is what I do/But not who I am/ If you ever been judged by someone for something you understand/ I’m a simple man/ Not so different.”

Moravia-Rosenberg — better known as Sol or Solzilla to his fans — is driven to be successful so long as he’s pushing his music to the next level. The musician’s philosophy, points out Teal Douville, a Los Angeles producer who’s worked with Panic at the Disco, Gwen Stefani as well as Sol, is:

“Life is bigger than your record sale numbers or anything else you do," he says, "and sometimes having the right perspective is how you create art that is meaningful.”

Sol’s most recent album, The Headspace Traveler, took listeners through his sometimes difficult journey of adapting to life post-world travels. In 2011, as a University of Washington undergrad, he received the Bonderman Travel Fellowship and visited Ethiopia, Kenya, India, Haiti and other countries. His new album, Soon Enough, is more about the present, appreciating what is in the now. The single “These Songs,” written during a writing retreat on San Juan Island, echoes themes of the peace one might find surrounded by nothing but the ocean. I’ve been all around for you/ I think I found what I’m searching for/ finally found what I’m searching for/ I’ve been lost up in this world/ but I never really felt alone.

With Soon Enough set to be released this Friday, Sol sat down with Crosscut to talk about his writing process, the grind of being a musician, Seattle’s hip-hop sound and what it means to be committed to his art and his followers.

Interview has been edited and condensed for clarity.

How is the music in this album different than your earlier music?

I just turned 30 and in hip-hop years, I’m O.G. now, but I still have this super young spirit. I’m always learning from my peers, trying to learn from myself and my past experiences. I think my writing is better than it’s ever been. I think this is my best sounding record. This is a caterpillar butterfly moment where all the experiences I’ve gone through the last few years have led me to be more confident.

You dropped the single and music video to “These Songs” this month. Can you talk about the themes in that song?

It’s really about the writing process and going through all the different kinds of levels that I’ve been at when finding inspiration. I thought of a bunch of hypotheticals. In the lyric "I was in the town feeling all kinds of down trying to figure out how to liven these songs," that’s a reference to being in a period which still happens and you have to embrace those moments.

What was your biggest influence for this album?

Mindful meditation. Just focusing on being in the moment and in the present, which has led me to this headspace of inner peace. A lot people, and I've been guilty of this as well, are so goal-oriented and we compare ourselves so much to where we want to be, where other people are, that we lose sight of the progress we are making every day.

You’ve been compared to Macklemore?

I kind of tune it out because Mac is a mentor of mine and even at different points where I had big decisions to make he was somebody I could lean on. A lot of the things that you think of when you think of his level of success are not things I put on my whiteboard. I just try to be humble; I try to be somebody who prioritizes the things I can control.

Music critics can be brutal; the cultural mainstream zeitgeist of popular culture can be very fickle. If anything. watching him be that trailblazer for our scene has kind of revealed some of the smoke and mirrors.

Where is the Seattle hip-hop scene right now?

The industry is starting to clock what's happening in Seattle more again. It’s really because our entire scene is developing to a point where people are making music at the same level if not higher than artists that are on the national stage. There’s so much they can tap into for their influences that people are developing way faster and coming out as more refined artists. I think there’s going to be a point that the music coming out of this community is going to be undeniable and it’s already happening.

Will Seattle ever develop and define its hip hop sound like L.A. or Compton?

This is no knock on Seattle because I love my city, but I would say L.A. and Compton in particular are much more potent culturally. A lot of people may not have a full enough perception of what Seattle is. One of the reasons why people don't pick up on it as much is because that sound and vibe haven't been as established. I think when artists from Seattle are coming out, there's not as much of a frame of reference. We have a lot of founding hip-hop members that have laid the groundwork for us, but not to the level where there’s a national perception of what Seattle is.

What keeps you in Seattle?

The main thing is my godson. He’s about to turn 10 and he lives in Seattle. Him growing up in the same city that I grew up in, I don’t know it’s very cyclical for me where I want to help make his childhood and his experience as a young man growing up as healthy as possible. A lot of my team is in Seattle. And Seattle has this beautiful thing, like even though it's changed a lot, we have a wonderful arts and music community where I can tap into my peers in a way that I don't experience in places like L.A. or New York. The act of creating is much more rewarding here. I’m putting my creative capital back into my community by staying here.

Have the changes in the city affect the hip-hop community?

Because of the changes that are happening, our arts community has had to become louder and in general marginalized voices have to be louder when we are getting suppressed. It’s either that or we get silenced. I think that the music and the arts here are becoming more Seattle now because the excess baggage and all that we have left are what makes us Seattle. The other stuff just is not Seattle, it just simply isn't; it's new Seattle. It's going to be a while until new Seattle is making a real offering to the city’s creative voice. They're just going to have to hire us for anything dope because they're not bringing much to the culture.