How Seattle plans to tackle an already controversial 2020 census

With more money and added pressure to get the census right, Mayor Jenny Durkan's task force says it will focus on immigrants and other vulnerable populations. 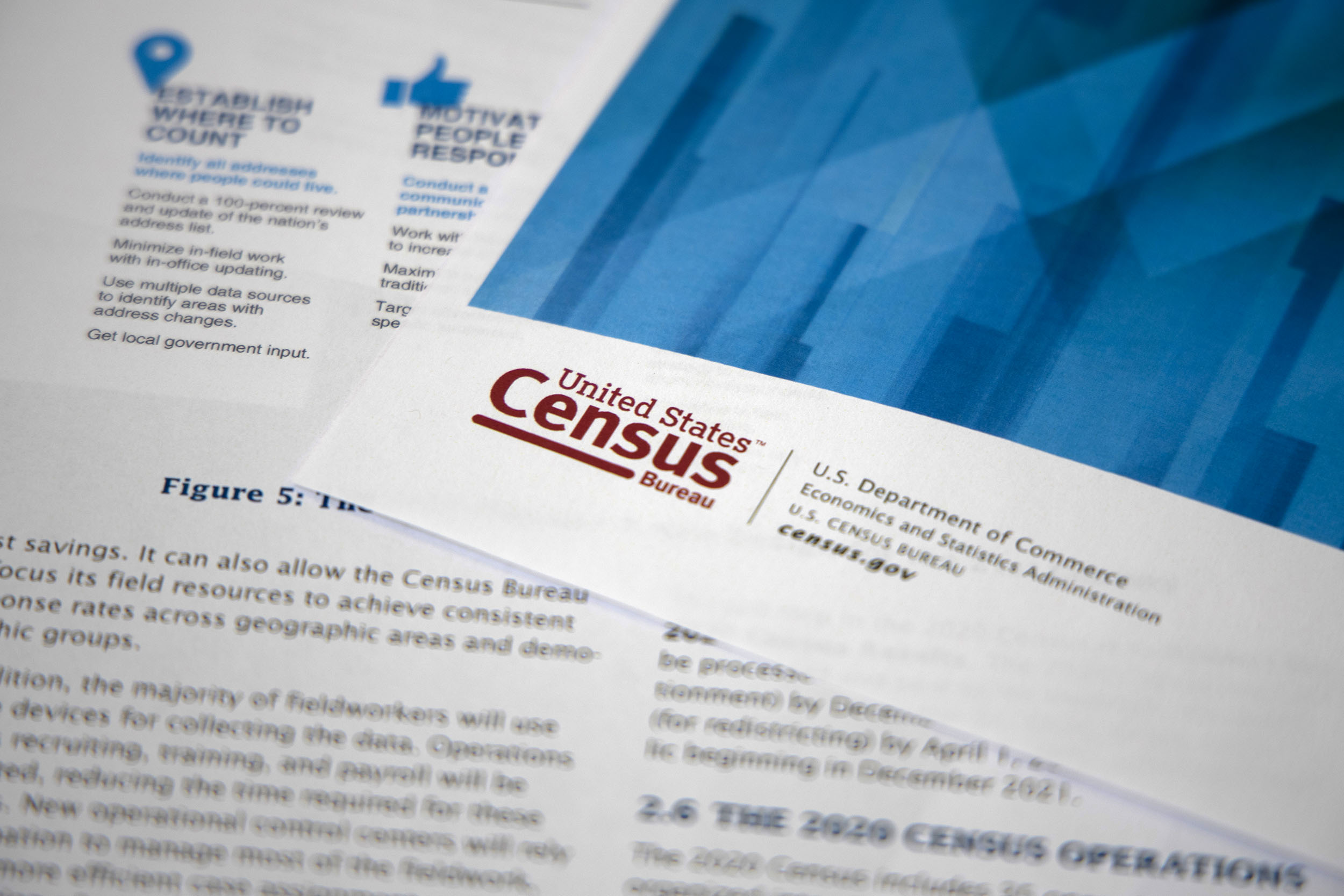 The 2020 Census Operational Plan compiled by the U.S. Census Bureau, part of the Department of Commerce. (AP Photo/Jon Elswick)

On Friday, Seattle Mayor Jenny Durkan announced dozens of members of  a task force meant to ensure an accurate count of the city’s population for the upcoming 2020 U.S. census. The list includes politicians like U.S. Rep. Pramila Jayapal and Seattle City Councilmember Teresa Mosqueda, along with a number of immigrant and gay rights advocates.

“This is a very different census because of the current federal government’s attacks on the immigrant community,” said Marcos Martinez, executive director of Casa Latina and one of 31 members of the task force. “It would be difficult for us to give the message ...  that the federal agencies are 100 percent trustworthy.”

“We don’t want to pretend there isn’t a potential downside or threat,” Martinez continued. “We want to be very upfront and honest with the community.”

But, Martinez added, “there is so much that is riding on having a full and complete census count. Our communities really depend on all the benefits that that brings.” 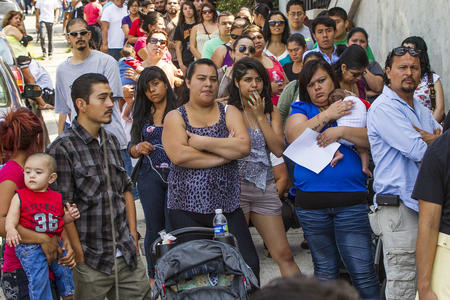 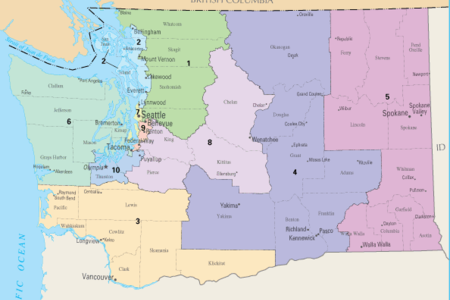 The recent election has quickly shifted attention to 2018 and the partisan balance in Congress.

Although funding for the 2020 census was more than some anticipated, advocates say state and local organizations are having to make up for the federal government’s lackluster efforts to reach all community members. In 2009, for example, the city allocated only $60,000 for what was then called the Seattle Complete Count Committee.

This year, in addition to the $4.5 million Washington Gov. Jay Inslee has already proposed for the 2020 census, the city has set aside $300,000 over the next two years for the Seattle Census Task Force. The task force plans to work alongside King County and Washington state to roll out posters, letters, social media and other types of messaging to encourage the public to participate in the 2020 census. A statewide alliance made up of organizations that serve communities of color, named the Washington Census Alliance, also plans to work alongside the city’s task force.

“It’s a big undertaking, with a lot more pressure than in years past,” said Councilmember Mosqueda, one of two co-chairs of the task force.

Members say the task force will focus on immigrants and other vulnerable populations, such as the LGBTQ community. More than 18 percent of Seattle’s population is made up of immigrants. Some members of the task force also pointed to the importance of overcoming any kind of digital divide in the city, especially since much of the census is expected to be completed online this year.

According to the mayor’s deputy communications director, Kamaria Hightower, 20 percent of Seattle residents failed to fill out their census forms in 2010, leading to an in-person visit from the U.S. Census Bureau.

The U.S. Constitution requires the government to count the number of people living in the United States every 10 years. The data is used to determine the number of seats each state has in Congress.

Officials also point out an accurate count of the city’s population is crucial in guaranteeing Seattle receives its fair share of federal funds. In 2017, for example, Seattle received more than $80 million in direct and indirect federal grant revenue.

Based on census-derived data, Washington state received more than $16 billion in 2016 through 55 federal programs, according to George Washington University.

Because of the current level of mistrust between immigrant communities and the federal government, however, members of the task force say any outreach efforts will require particularly nuanced messaging this year.

One reason for the mistrust is the potential addition of a citizenship question to the census. In 2017, the U.S. Department of Justice requested a change to the census, proposing the inclusion of a question that would ask residents about their citizenship status. At the time, the federal government argued that asking participants their citizenship status would help enforce Section 2 of the Voting Rights Act, which aims to prevent voting-rights violations. Only citizens can vote in U.S. elections.

Why is there a census and why does it matter?

The U.S. Constitution mandates that there be a population count every 10 years. The census helps determine how many seats a state gets in Congress, how federal funding is distributed to states and more. It’s also illegal for you not to participate.

So when does this all kick off?

State officials began preparing for the census in 2016. The Seattle Area Census Office opened this January and will spend time recruiting and opening other offices in the Puget Sound area over the next several months. Starting March 12, 2020, the first mailing will be sent to homes. A response is due by April 1, 2020. If you don’t respond, you can expect census workers knocking on your door from May until late July. If you’re interested in being a census worker in Washington state, you can find more information here.

How do I fill it out?

This is the first census that will have the option for respondents to fill out their forms online. Phone and mail will still be other options. The first mailing will have information on how to take the survey online. About 20 to 25 percent of the population (with specific demographic characteristics and lower internet connectivity) will receive a letter and paper survey.

What kind of impact could the census have?

An inaccurate census count could have many implications for many Washington programs that rely on funding. In 2015, Washington state received approximately $13.7 billion from federal assistance programs based on decennial census data. For every household missed by the count, the state loses $4,800 every year in federal funding. Plus, the 2020 census could dramatically alter politics in the state. Read more about that here.

The “fear to come forward is always there, but the current environment is on a whole different level,” said Jorge Barón, executive director of the Northwest Immigrant Rights Project and another member of the task force.

Barón and Martinez both say messaging will focus on a “Know Your Rights” approach and making an informed choice about completing the census, while avoiding being overly pushy.

“Can I guarantee that this has no risk? No, I can’t guarantee that,” said Barón. “But our assessment is the risk is minimal,” noting that those participating in the census have legal protections.

Barón pointed to reports in 2018 that Washington’s Department of Licensing was regularly sharing information with immigration officials as one example of why trust is so low among some community members. Following the reports, Gov. Inslee promptly called for a stop to the practice.

And on Thursday, there were reports that the Department of Homeland Security plans to share files on millions of immigrants, including noncitizens, with the Census Bureau. The Homeland Security files would include sensitive information, such as immigrants’ citizenship status, addresses, birth dates, and Social Security numbers.

Experts, however, said information sharing was not necessarily a cause for alarm or an attempt by the administration to sidestep recent judicial rulings that barred the addition of a citizenship question to the census.

The U.S. Supreme Court is expected to hear arguments on the addition of the citizenship question in April. The deadline to prepare census forms is in June.

“We’re not holding our breath for the Supreme Court,” Mosqueda said.

Besides, Mosqueda added, the damage among immigrant communities has already been done.

The recent election has quickly shifted attention to 2018 and the partisan balance in Congress.

Williams, who founded, published and edited The Black Lens, left an immeasurable imprint on Black media in Washington.