The Cumbieros walk onto the stage at The Royal Room in South Seattle and pick up their instruments. The crowd shuffles to the dance floor and, as the rhythm begins, so too do the moves. Hands shoot up, hips swing, feet move fast, others dance with their shoulders, spinning. Some even bang their heads. The dance floor is so full, it could be mistaken for a mosh pit.

Before playing original cumbia songs alongside covers of classics like Selena’s Como La Flor, leadman César Peña-Sandoval smiles and assures the crowd that there is no wrong way to dance cumbia.

The Pacific Northwest has developed an appetite for this musical genre, in which the quintessential repetitive two-beat rhythm sounds like “pachi chi cuchi chi.” The limited cumbia events around King County are usually packed, signaling a new wave in the local music scene.

Emerging Pacific Northwest artists like The Cumbieros, Terror/Cactus, Savila, Orquestra Pacifico Tropical and Y La Bamba can claim some part in this surge of mass appeal. KEXP’s DJ Chilly, who hosts El Sonido on Monday nights, also has given the genre exposure.

Cumbia is originally from Colombia. The music evolved in the 17th century from African beats, its rhythm rooted in the shackled feet of the country’s enslaved population, which could dance only by taking small steps. It is the musical child birthed from the courtship between slaves and indigenous people.

Over the next several centuries, cumbia spread from Colombia to Chile, Argentina, Peru, all the way to Mexico, Cuba and then to Latinx communities in Los Angeles, New York City and Chicago. NPR described the musical genre as a “cultural backbone” threading together Latin America. Wherever cumbia manifests and claims new listening territories, it reshapes itself.

Seattle-based Terror/Cactus, for example, sounds otherworldly and mysterious, with a slow pace reminiscent of grunge that can be heard in the song “Serpiente Nocturna.” The music also brings to mind the electronic sounds of local electronic band Odesza.

But at its core, Terror/Cactus’ sound evokes the psychedelic cumbia that evolved in Argentina, where front man Martín Selasco spent his childhood summers on horseback pretending to be a gaucho and dancing to the music.

In Seattle, when Selasco has felt nostalgic for Argentina, he’s searched for places to dance, but nothing turns up.

“When you think of Latin dancing and Seattle there’s definitely places you can go dance salsa and learn to dance salsa,” Selasco said. “But not really cumbia, which is a weird thing because it seems a little bit more approachable and less intimidating.” 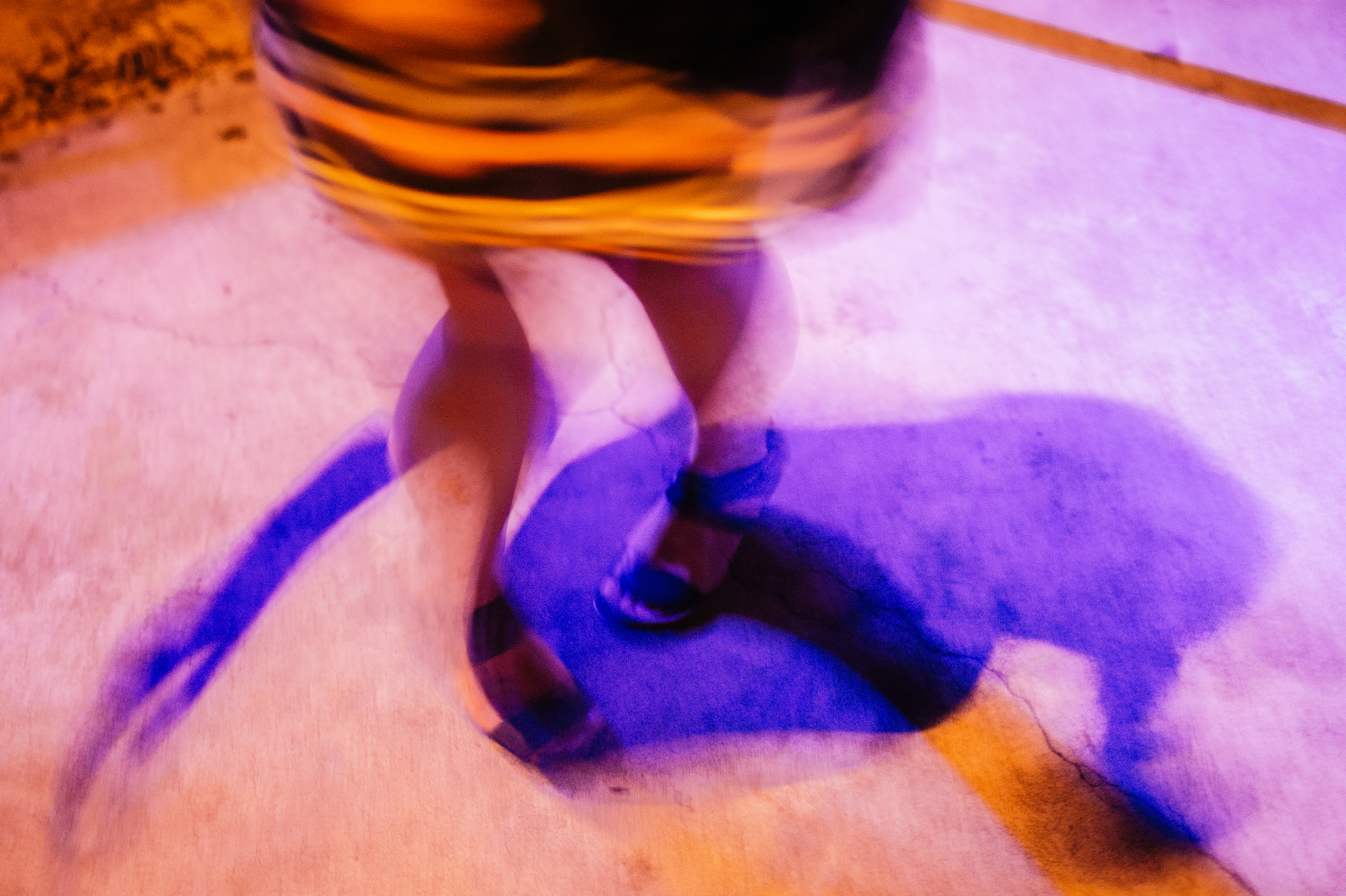 There are essentially no local venues that focus on cumbia, or consistently offer cumbia nights. Besides China Harbor in Seattle’s Westlake neighborhood and El Pique in Burien, the nightlife scene is mostly barren of the genre.

But whenever a cumbia concert pops up at a venue, people flock there. When the legendary Mexican cumbia sonidera band Los Ángeles Azules played the Paramount last year, the show sold out.

According to management at Seattle’s Club Eden, when Colombian cumbia band Sonora Dinamita played in early March, the venue was at capacity by 10:30 p.m. It was one of the club’s most successful nights on record.

Nectar Lounge also has had success hosting Latinx musicians and cumbia. Just this month, Nicola Cruz from Argentinian record label ZZK played a sold-out show at the venue. A few people who didn’t get tickets stood outside the club, jived to the music and called the experience “poppin’.”

Peña-Sandoval from The Cumbieros said the reason cumbia is so contagious is because of how it makes people feel. Using Chile as an example, he explained that the country still suffers from the remnants of colonialism and that cumbia serves as an escape for its people.

He said he knew The Cumbieros would find fans among the region’s immigrant and Latinx communities.

“It didn’t surprise me with the Chilean or Latino community. We knew [cumbia] was contagious or had some magic,” Peña-Sandoval said. “But people from the U.S. — we didn’t know what to expect.”

Peña-Sandoval’s style of cumbia embraces the Chilean inflection; his music features a loud brass section and his lyrics sometimes explore themes of social justice and race. His song “Amnesia” includes the lyric “Hey, are you from Mexico?” a nod to “gringos” who are sometimes unable to acknowledge diversity in the Latinx community.

“Cumbia is a party and people want a party to rid themselves of oppression. People want to have space to enjoy their life and not think about their boss or their problems,” he said. “Cumbia accomplishes that in all of South America because [it’s a genre of the underclass] not the upper class.”

Roxana Pardo Garcia is the organizer and nightlife promoter behind Cumbiaton Westcoast Connect, a cumbia dance party just for the Latinx community. (It has a sister event in Los Angeles.) The events are meant to cultivate more “bilingual and bicultural” spaces and events for the Latinx community, which has “historically not really had anything,” she said. Latinx music, in particular banda and cumbia, has traditionally been listened to by folks in the underclass.

“What we’ve adopted in Seattle is an intergenerational, cultural movement that utilizes music as a vessel to heal and uplift oppressed … communities,” Pardo Garcia said. “We’re all just using this moment and this time to just have fun and be in community and feel safe and feel valued.”

One of the few venues that provide that kind of space is the El Pique restaurant in Burien. Pardo Garcia points out that it happens to be just blocks away from The Heights, an apartment complex “where a lot of newly arrived immigrants go to live.” 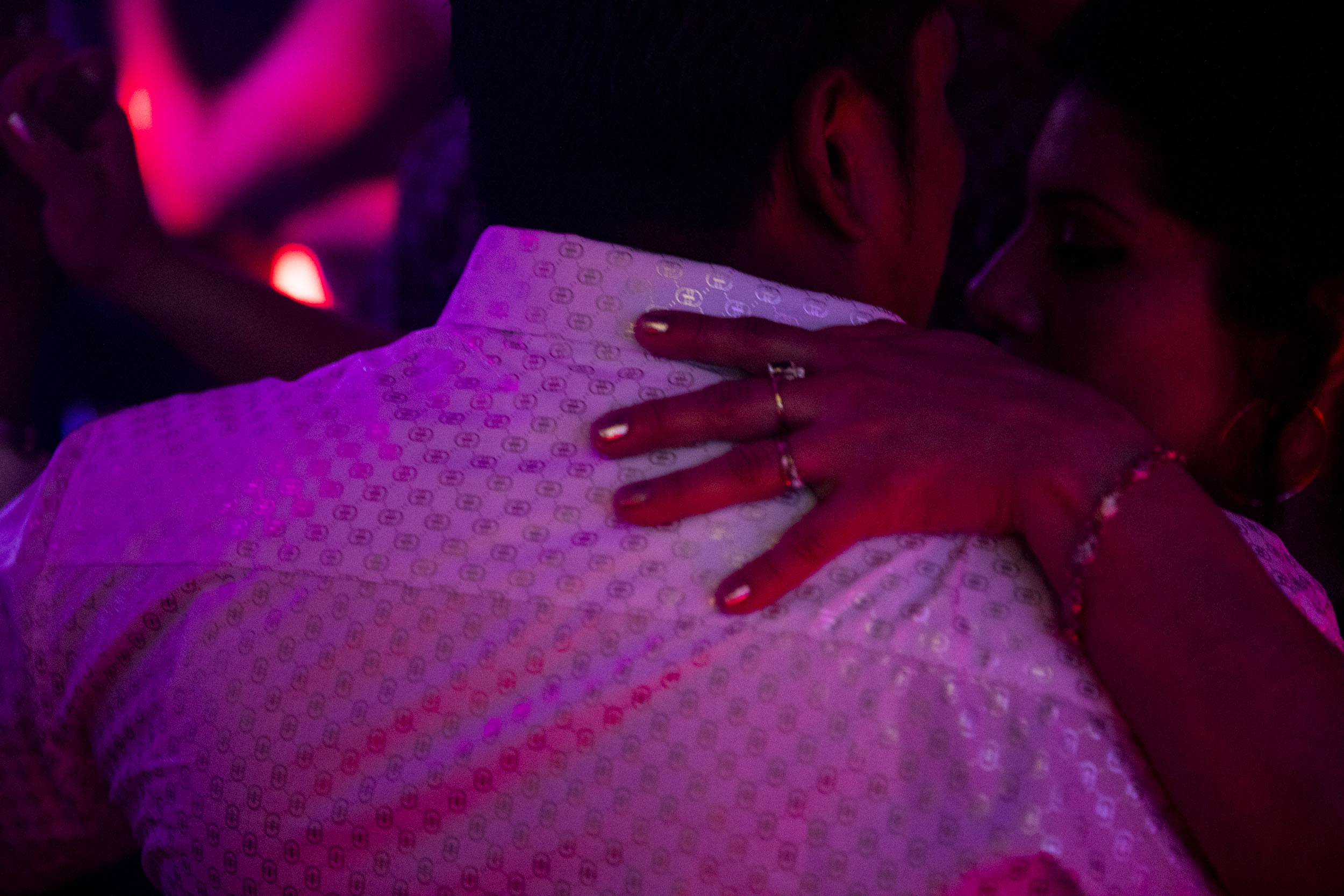 Couples take to the dance floor as DJ Frank spins Latin music, including cumbia, at El Pique in Burien on April 6, 2019. (Photo by Dorothy Edwards/Crosscut)

Couples take to the dance floor as DJ Frank spins Latin music, including cumbia, at El Pique in Burien on April 6, 2019. (Photo by Dorothy Edwards/Crosscut)

A weekend night at El Pique can quickly become steamy with people and movement. Underneath a canopy of lights and lasers, dozens of couples dance and spin to a set list of primarily Peruvian cumbia.

“Any night that you go there, there’s going to be a crowd,” she said.

But across town, a pair of DJs think cumbia could really take off in Seattle if the events are more inclusive.

Enrique “Biaco” Chaves and Jorge Bex are an electronicumbia duo that goes by the name Bacano Volta. They want to bring disparate people together.

In March, Chaves and Bex joined forces with Terror/Cactus and William Myers (aka KEXP’s Latin music ambassador DJ Chilly) to put on Elektropika, a free cumbia dance party at The Crocodile in Belltown.

“We just want to close the gap between people who know a lot about cumbia and people that are new to it,” Chaves said.

After his set at The Crocodile, Chaves took the mic to emphasize that cumbia is for everyone, no matter their race, understanding or upbringing.

In an interview, Chaves explained that cumbia has historically been held back by a stereotype that it’s only for poor people and that Seattle’s reluctance to intermingle across cultures doesn’t help. He said you could never get Capitol Hill hipsters to go to a cumbia night at China Harbor, a club that caters to the Latinx community.

“Even though we’re very open and liberal, we tend to stay within our own packs,” he said.

KEXP’s Myers, a serious cumbia fan, played a set at The Crocodile during Elektropika. The DJ said he has faith in the growing Pacific Northwest cumbia scene, even though his hopes have sometimes been tested.

“[Cumbia is] so American.… I love American soul, blues, gospel, but what’s more American than something that’s indigenous, African and European all at the same time?” 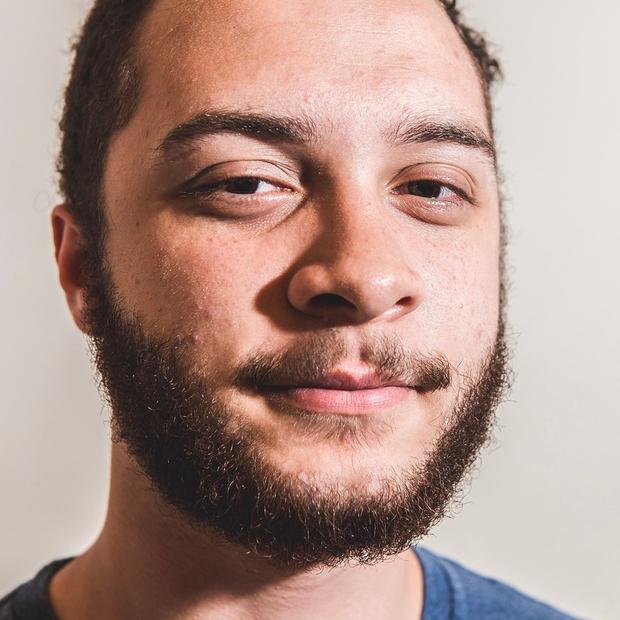 Caean Couto is the photo editor and staff photojournalist for The Daily of the University of Washington.