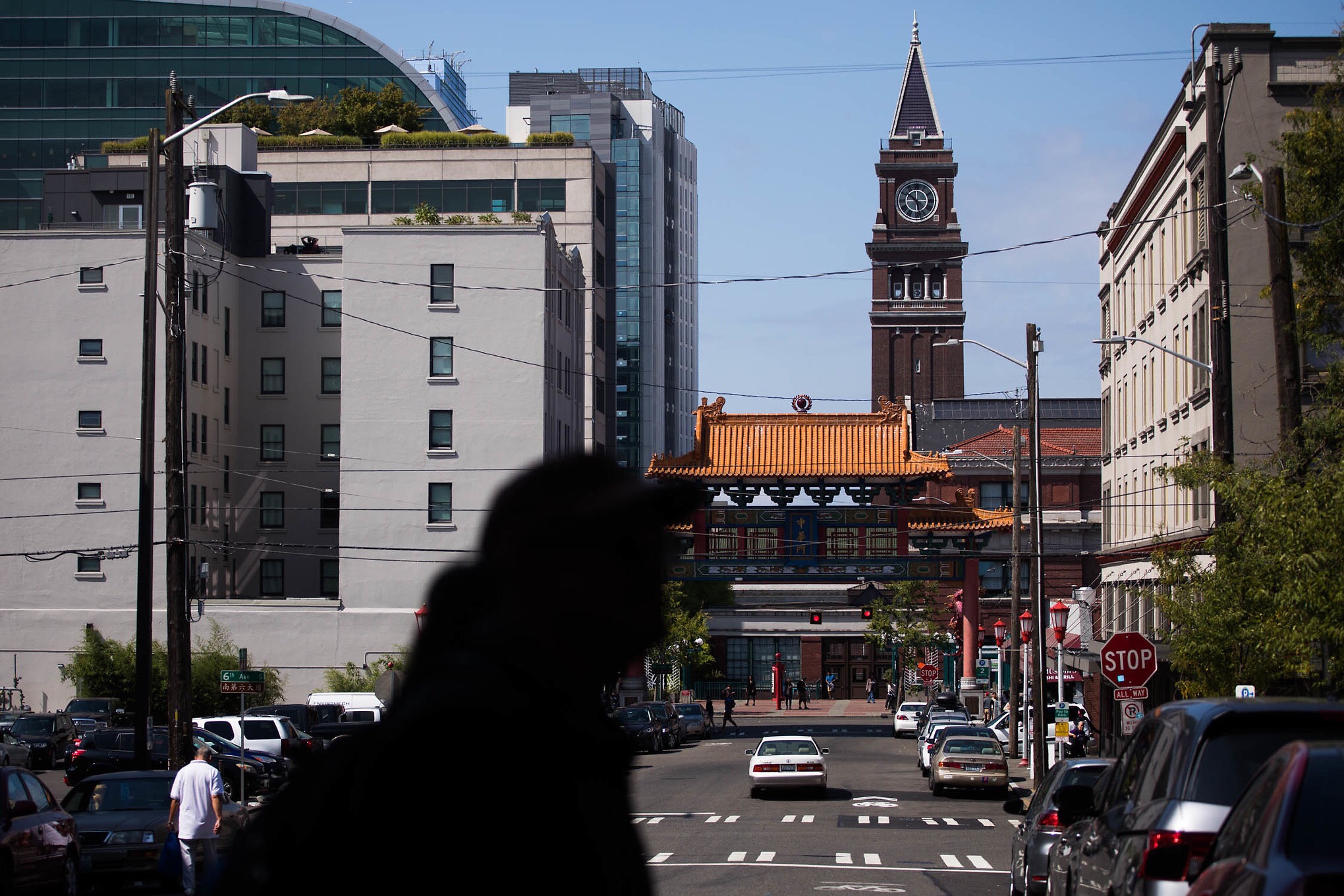 The specter of unwanted change has loomed over a quiet corner of Seattle’s Chinatown-International District for nearly the past four years. A mixed-use building, including a 168-unit Springhill Suites hotel, has been on the drawing boards right across the street from the Denise Louie Educational Center, named for a high-school friend of mine who was already active in the district when she died at 21.

Springhill Suites are part of Marriott International, the largest hotel chain in the world, and “chain” is a naughty word in neighborhoods where unique cultural character predominates. Seattle’s Chinatown-International District, after all, is where another departed light, Bob Santos, famously helped block the construction of a McDonald’s fast-food restaurant in 2000.

Our late “Uncle Bob” can rest in slightly less tortured peace. The development, at Eighth and South Lane, no longer will include hotel units, according to Han Kim of Hotel Concepts, the hotel-management group attached to the project. “The neighborhood doesn’t want it,” he said by phone the other day.

Much of the neighborhood doesn’t want other development but may be powerless to stop the trend. One project, the 17-story Koda Condominium Flats, broke ground in February. Others are in the works, bolstered by upzoning and a city bursting at the seams. Just up the hill, Vulcan already is transforming the Yesler Terrace housing project into a mixed-income community.

It’s enough for Chinatown-International District activists to invoke the G-word – gentrification –  and its ugly kissing cousin, displacement. In these concerns, Seattle at least is not alone. Starting on Saturday, the Coast to Coast Chinatown Solidarity Network is staging a week of protests against displacement and gentrification. The Network is calling for a moratorium on luxury development in Chinatowns across North America.

Displacement is a genuine concern in Network cities, which, in addition to Seattle, include Boston, Los Angeles, Montreal, New York, Philadelphia, San Francisco and Toronto. White populations in Chinatowns grew faster, for example, than the overall white populations in Boston, New York and Philadelphia, according to a study by the Asian American Legal Defense and Education Fund. The study also found that, though Asian Americans remain the largest ethnic groups in those Chinatowns, they no longer represented a clear majority.

Seattle has undergone a similar demographic transformation, with Asian Americans representing 43.5 percent of Chinatown-International District. The historically Asian neighborhood also outstrips the rest of the city in renter households (81.6% vs. 53% citywide), nonwhites (71.7% vs. 33%) and population below poverty level (29.7% vs. 14%).

All of this suggests a striking vulnerability to luxury development, gentrification and displacement. Plus, as in most major cities, Seattle’s Chinatown is at the edge of the downtown core. It also abuts two other desirable areas, the waterfront and stadium district. A 2016 city study found nearly every parcel in the Chinatown-International District, including Little Saigon to the east, to be redevelopable. Another city study the same year found the neighborhood to trail only Rainier Beach and Othello in risk for displacement.

Any loss of affordable housing in the Chinatown-International District won’t impact only Asian Americans. Black or African Americans make up 19.4 percent of the district, for example, higher than the percentage of Black folks in the historically Black, but now overwhelmingly gentrified, Central Area.

The schedule of events here, tied to the end of May's Asian Pacific Heritage Month, includes:

Compounding the Chinatown-International District’s exposure to displacement are its virtually fixed borders — I-5 to the north, east and south and the railways to the west. The neighborhood already took a hit to accommodate the pro sports stadiums and transit hubs. Literally, there is nowhere to go but up. And up likely means out for many neighborhood residents, since real estate altitude typically equates to value, particularly with the kind of views and proximity available in the district.

Already, it’s no mystery which way this is headed. Units at the Koda condominiums, at Fifth and South Main, range from $400,000 to $1.3 million in a neighborhood where the median annual income is $33,495. Some longtime Chinatown-International District businesspeople applauded the advent of “market-rate” housing in the neighborhood, obviously relishing the influx of more well-heeled, though mostly white, customers. Success seems to breed a form of amnesia that erases memories of being lifted on the shoulders of immigrant ancestors whose influence now will dwindle from the economic pressures of change.

James Hsieh, president and founder of Da Li Development USA, Koda’s developers, even suggested his project promotes a kind of cleansing of the neighborhood, asking Northwest Asian Weekly, “Why should Chinatown keep the image of being old, dirty, and poor?”

It has been argued that the Koda condos displace no one since the development is being built on what previously was a parking lot. But that reasoning ignores the opportunity lost for affordable housing, as well as the domino effect that occurs in gentrifying neighborhoods. The next domino in the Chinatown-International District may be the site of Bush Garden, the iconic restaurant, karaoke bar and community hub housed in the kind of single-room occupancy (SRO) hotel typically aimed at lower-income tenants. Another 17-story, multiuse building is being planned for the Bush Garden parcel on South Maynard.

The cynical math of the city’s Mandatory Housing Affordability program should take over from there. In neighborhoods like the Chinatown-International District, developers and builders must include low-income housing in their projects, or pay into a city fund earmarked to produce such units. There is no guarantee — much less a presumption — that the units will be placed in neighborhoods that lost them and, so far, there is a gold-rush mentality for “market-rate” or luxury housing here, as well as in Chinatowns across the country.

It used to be that the rise of buildings was capped by the Chinatown-International District’s historic designation. The views there, consequently, were more egalitarian. From the district, you could see the past of immigrant communities enduring more than 150 years of bigotry, exclusion, forced removal and segregation through redlining and other outright or institutionally racist methods. You could see the neighborhood’s present as a bastion of affordable housing and social services with the comfort of preserved cultural familiarity.

The view of the future is beginning to be obscured by 17-story buildings certain to start pricing out the Chinatown-International District’s distinct Asian flavor. That this fits into a wider, North American trend for Chinatowns will be of no consolation to the displaced victims of yet another whitewashed Seattle neighborhood.