WA schools to make advanced classes more accessible to students — but will it close the opportunity gap?

A new law will automatically enroll students who meet or exceed state standards in the classes. Advocates say it doesn’t go far enough. 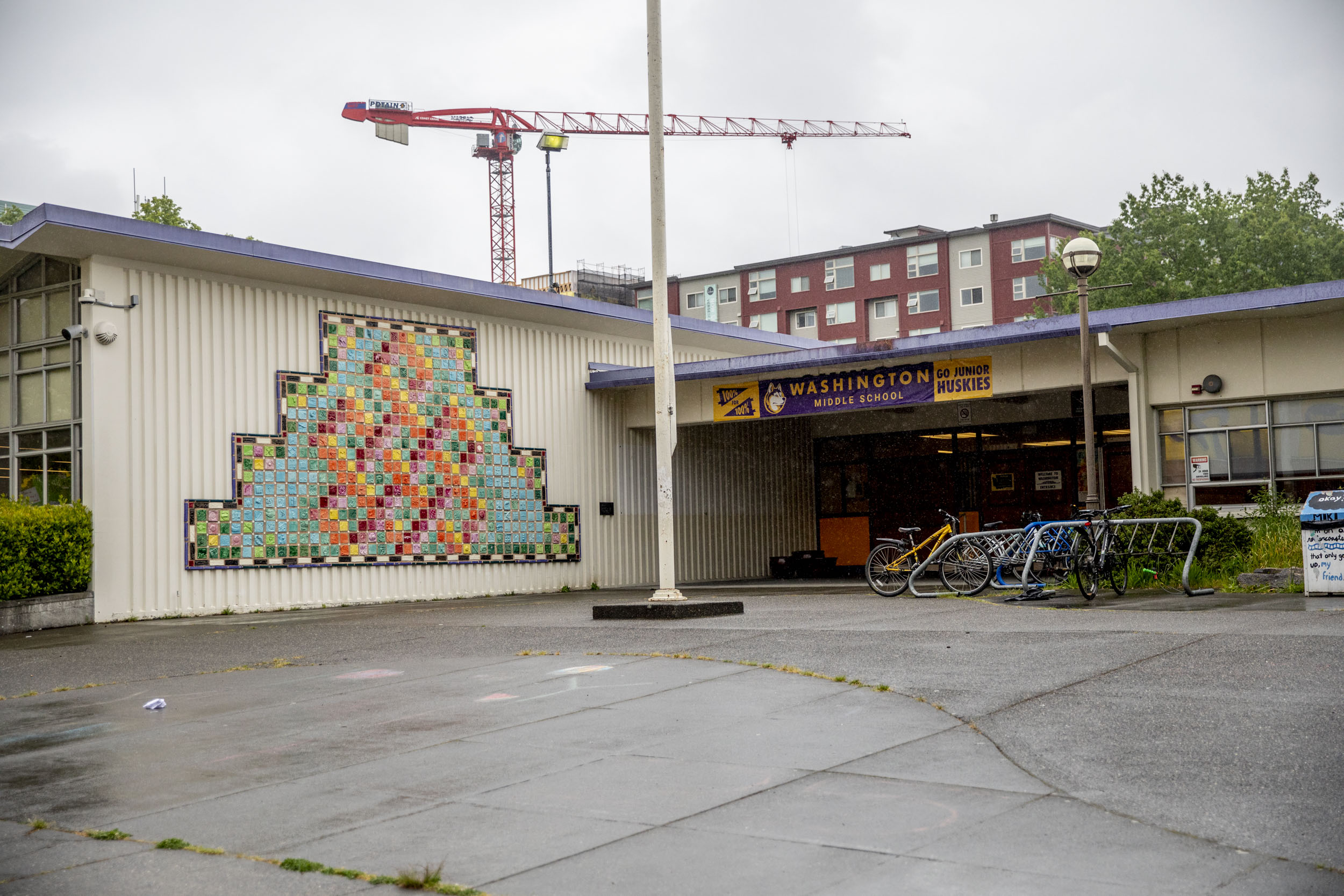 Teachers at Washington Middle School began integrating their general and advanced classes in 2016. Their aim is to increase access to rigorous learning for more students — one of the objectives of a new state law. (Photo by Dorothy Edwards/Crosscut)

The debate over equity in Washington public schools’ advanced learning programs is as old as the programs themselves.

The state Legislature first authorized school districts to institute programs for gifted and talented students in 1984, opening the door for educators to separate students based on their outward academic abilities. Sometimes referred to as academic “tracking,” this approach is intended to help exceptional students maximize their potential in the classroom.

But a body of research on the effects of tracking suggests that accelerated programs reinforce social castes and perpetuate a cycle of missed opportunities for students existing in the margins. In particular, the programs are prone to under-identifying historically underserved populations such as African-American, Latino, and English language learner students.

For this reason, advocates for integrated learning have called for schools to provide rigorous curricula for students of all ability levels. But in most school districts across Washington, a multitude of obstacles can stand between students and a curriculum that might challenge them. At these schools, the request of a parent or guardian is required for students to be considered for advanced learning programs. Then a series of criteria, including cognitive tests, the results of statewide assessments, and teacher recommendations, are used to determine one’s eligibility.

But a bill signed by Gov. Jay Inslee earlier this month is aimed at removing some of the roadblocks that shut students out of rigorous academic programs. The new legislation will require all school districts in Washington to automatically enroll qualifying students in accelerated courses by 2021.

A number of Washington school districts have experimented with programs that do something similar. In Seattle, for instance, programs at Rainier Beach High School and Washington Middle School have seen success by opening up accelerated programs to a broader base of students. The authors of the bill drew from a policy in Federal Way School District, which automatically enrolls all students performing at or above state standards in accelerated classes.

"We're trying to take an idea we've seen work at the local level and move it outward to a state policy," said Sen. Mark Mullet, D-Issaquah, who wrote part of the bill.

House Bill 1599, which received bipartisan support and was passed unanimously through both House and Senate chambers, stipulates that all school districts adopt a policy to place all high school students who meet or exceed standards on statewide English and math assessments in the next highest level curriculum. The ultimate goal, as stated in the bill, is to create a pathway for more students to earn college credits as they move through their high school careers.

The new law also aims to eliminate mandatory high stakes testing as a condition of graduating, allowing alternatives for students who may not pursue a traditional postsecondary path. Yet some education advocates worry the new law alone may not be comprehensive enough to support students in overcoming barriers to succeed in accelerated learning programs.

“There's a trend in Washington toward trying to expand [advanced] courses to any student who wants to take that on,” said Ben Ibale, human and civil rights coordinator at the Washington Education Association. “But you can't just expect [students] to jump into a rigorous class and expect them to be fine.”

One of the largest factors in a student’s academic performance, Ibale says, is one’s sense of hope. He also maintains that relational equity – or the development of meaningful and trusting relationships between pupils and educators – is the keystone of student success.

“You can have the best programs out there, but if you don't have intervention by a caring adult who can help students through these challenges, [a student] may see that as another failure from their persepctive,” he said.

Rainier Beach High School International Baccalaureate coordinator Colin Pierce echoed Ibale’s concerns, also pointing to what he sees as a pattern of accelerated programs focusing on the curriculum's rigor, rather than the students’ learning processes. This, he says, can cause superficial perceptions of how impactful such curricula truly are.

“If an IB or [advanced placement] program is basing its success on cherry-picking which students get in, it can kind of mask that instruction,” he said. “Students deserve better than just having someone lecture at them all day.”

Pierce looks to the success of Rainier Beach’s International Baccalaureate program, which is one of nearly 7,000 of its kind worldwide, as an example of the right way to implement a college preparatory curriculum. After the school survived the threat of closure because of suffering enrollment, Rainier Beach applied for status as an International Baccalaureate school in 2010. Its program officially launched in 2013.

Rainier Beach’s International Baccalaureate model replaces some of the school’s general curricula with rigorous courses for all juniors and seniors. Since 2011, the school has raised its graduation rate by nearly 40 percent and has increased four-year college attendance rates significantly. Pierce attributes this turnaround to students’ increased access to an accelerated curriculum.

“We and the community said that we knew IB programs and AP programs have historically been used to segregate students," Pierce said. “We wanted to make sure that we weren't creating a school within a school.”

While Pierce believes the new legislation is a step in the right direction, the fact it allows students to opt out of automatic enrollment in advanced classes concerns him. He says this could lead to counselors with implicit biases allowing students who may feel intimidated by a new challenge to underutilize their potential.

“Fixing the access is an important thing,” he said. “However, getting kids into a classroom isn't the same as designing a classroom for students to succeed. I think teachers and classrooms need to be supported in moving towards greater cultural relevance if we're going to be bringing in a more diverse student body.”

Laura Lehni, an eighth grade social studies teacher at Washington Middle School, challenges the notion that participation in accelerated curriculum should be reserved for students already performing at a high level.

“I didn't get into education to segregate kids and say, 'You're this and you're that,’” Lehni said. “I believe that we have to give all students the supports and structures they need to be successful.”

Academic segregation in schools often presents outwardly as racial segregation on the classroom level, considering white and Asian students make up the majority of accelerated learning designees in Washington state. This trend, as it relates to Washington Middle School, has been the subject of much criticism by community members at recent Seattle Public School Board meetings.

With this issue in mind, Lehni and a colleague took it upon themselves in 2016 to begin integrating their general education social studies classes with some of the school’s advanced learning cohorts. Research published in the Journal of Evidence-Based Medicine proposes that low-achievement students enrolled in heterogeneous classrooms may perform better than their counterparts placed in lower-tracked classes.

While Lehni didn’t hear much in the way of complaints about this approach, Ibale says it’s not uncommon for parents of students identified as gifted or accelerated to take issue with academic integration.

“There are definitely folks who are looking out for their own kids and feel you have to earn your way into those college level, elite classes,” he said. “They fear that the curriculum will be watered down or that there may be classroom management issues with those other students there.”

But he contends that collaboration between children of varying ability levels is beneficial to all students.

“The greatest learning that your student will receive is to learn and then help others to learn,” he said. 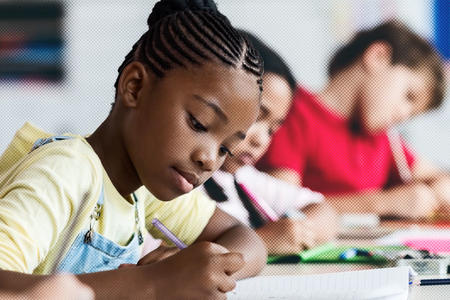 How inequities inside and outside of the classroom affect educational outcomes for historically marginalized students. 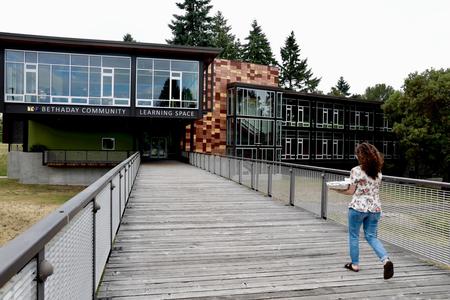 SPS officials say a partnership with the Technology Access Foundation could help the district close academic gaps for students of color. 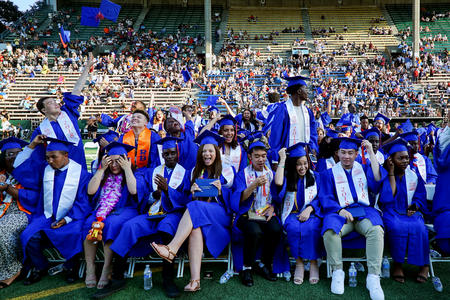 How inequities inside and outside of the classroom affect educational outcomes for historically marginalized students.

SPS officials say a partnership with the Technology Access Foundation could help the district close academic gaps for students of color.