What London and Stockholm can teach Seattle about congestion pricing

The Emerald City wants to implement a transportation solution that is equitable. Without viable alternatives to driving, that might be impossible. 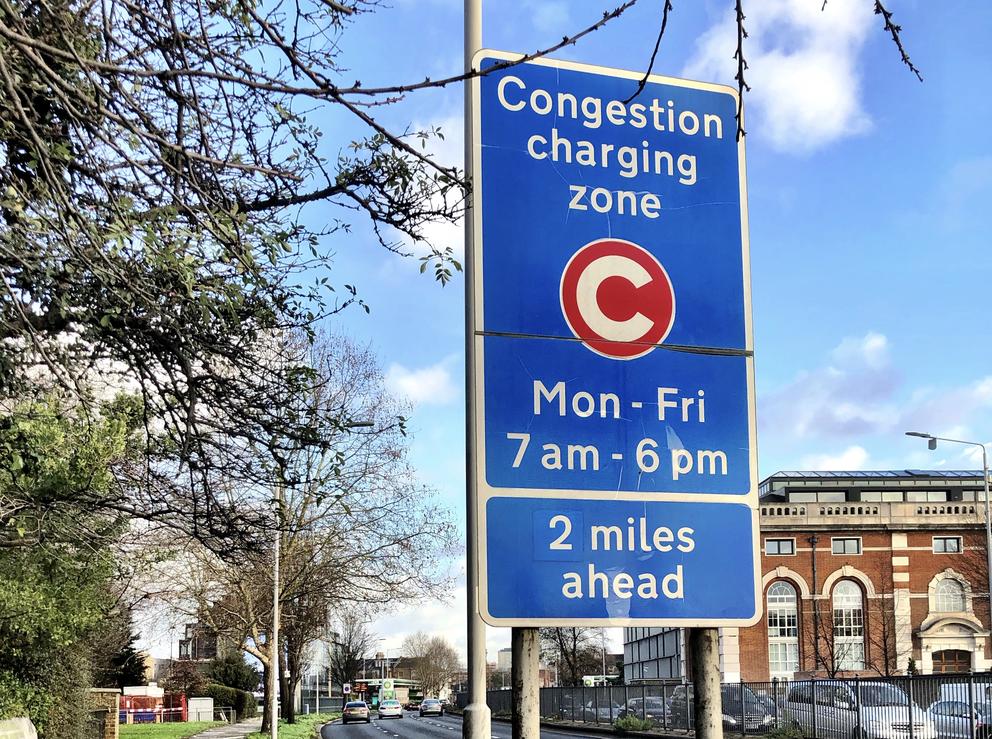 London — In cities like Seattle, advocates of congestion pricing — tolling those who drive into a designated downtown city zone — often point to London and Stockholm, two cities where the concept was initially unpopular, but now is an accepted fact of life. In turn, says the urbanist axiom, once people change their habits and walk, bike and use public transport, they will see traffic reduction and improved air quality. Then they will be the biggest fans of paying a toll to drive downtown.

I want to like this reasoning, and wonder how this would work in Seattle and the Puget Sound region in 2019. The region (not just the city) has been discussing the congestion pricing idea and its many variations for years. Recently, Crosscut provided several articles about the latest Seattle-specific study effort commissioned by Mayor Jenny Durkan, including summarizing a preliminary, exploratory report released by the Seattle Department of Transportation (SDOT) last month. One current emphasis is, as it should be, how to implement a solution that has worked well elsewhere in an equitable way.

I’m Seattle born and bred, and a big fan of urban innovation — and solutions — but only if it is applicable to the particular context of a place, beyond what noted Berkeley planning professor Margaret Crawford terms the “feel good city.”

And, in that regard, a simple word to the wise: Seattle is not London or Stockholm.

Now, I live in London, work two months out of the year in Stockholm and take public transport, walk or bike just about everywhere in both cities. As a Greater London resident over 60, the underground, overground, buses and trains cost nothing (except trains before 9:30 a.m.). For my wife and me, in our context, it no longer makes any sense to drive.

Why? Because in these two cities, I’ve grown accustomed to robust transportation systems, over relatively flat geographies, that offer regular, fairly reliable (and equitable) service on well-developed networks of subway, light rail, trains and buses. I contend that congestion pricing schemes may be even more popular if people are lucky enough to live in cities where these extensive and coordinated transportation networks are already in place.

I’m not here to argue numbers or to question the importance of reducing cars downtown (or the benefits to air quality and climate change), but to reaffirm that implementation of congestion pricing needs to make sense for Seattle, its particular geography, demography, transit service and public access issues, as well as work equitably for city and regional residents. The question is not whether congestion pricing can work, but to be sure that its advocates use examples that make contextual sense, and that they tap local expertise in the Puget Sound region to assure the concept is ready for prime time.

This is not a new argument — in fact, it has appeared in Crosscut before, 12 years ago, in a 2007 series of articles by Dean Paton in response to previous consultant studies commissioned by then-County Executive Ron Sims. “For congestion pricing to succeed,” Paton wrote, after introducing a litany of cities around the world that had experimented with or implemented the idea, “it must be customized to not only geography, but history and driver temperament. One-size-fits-all simply doesn't work.”

I spoke recently with a Minneapolis transit-oriented development expert, who suggested the “start small” approach. Just implement a toll for those who drive into the congestion pricing area, but make it really small at first, and people will get used to it. To that, many would add a permit to exempt those in financial need, the elderly and those who require other accommodations. Perhaps Mayor Durkan’s administration and Seattle voters will, in the end, follow this path.

Or, until Sound Transit and other transportation alternatives are more fully built-out, maybe Seattle is still in the “not ready camp,” like Manchester, U.K., where a report recently recommended a congestion pricing charge with a big caveat: “[T]he city would need to make major infrastructure improvements to cope with the influx of public transport passengers that would come with the introduction of a congestion charge.”

In response, Manchester Mayor Andy Burnham insisted: “It’s simply not fair to put that on drivers who don’t currently have a viable alternative.” The logic comes from London, where a range of incentives accompanied the implementation of congestion pricing, including the addition of a significant number of new buses (to which former Mayor Ken Livingstone attributed the program’s success), and pricing adjustments for the elderly.

Even a cursory review of the SDOT report shows considerable emphasis on advancing communication and explanation of congestion pricing concepts over and above introduction of four highlighted tools, potential equity impacts, and the tools’ potential benefits. In the report, the mission ahead seems a fait accompli, rather than first answering the earnest question of whether Seattle is more like Manchester. From afar, I’ll be interested to see if the touted public engagement phase results in such a conclusion, because my experience says Seattle is “not ready” for now, without, for example, more “low cost” buses and/or a more complete light rail system.

I saw a tweet recently from The Seattle Times’ Gene Balk about an 80-year old woman who uses only a bike and transit to get around Seattle:

Just heard from an 80-year-old woman in South Seattle who goes everywhere by bike/transit: "Bike lanes are not just for young hot shot male cyclists. They are for people like me. If there were more bike lanes, there would be more older women like me who bike for transportation."

I tweeted back that I was shocked that this is still news, and I looked forward to the time when this was not worth noting in the Seattle context.

With the recent adoption of congestion pricing in New York City, as Wired has noted, “the age of congestion pricing may finally be upon us” in Seattle and other American cities, and the prospect of “fewer cars and more alternatives might be worth the effort.” In Seattle, the deeper issue is how to align policy with local realities, without prematurely borrowing practices from elsewhere along the way.