One result of the new programs would be a cap on rent increases in Multifamily Tax Exemption housing. 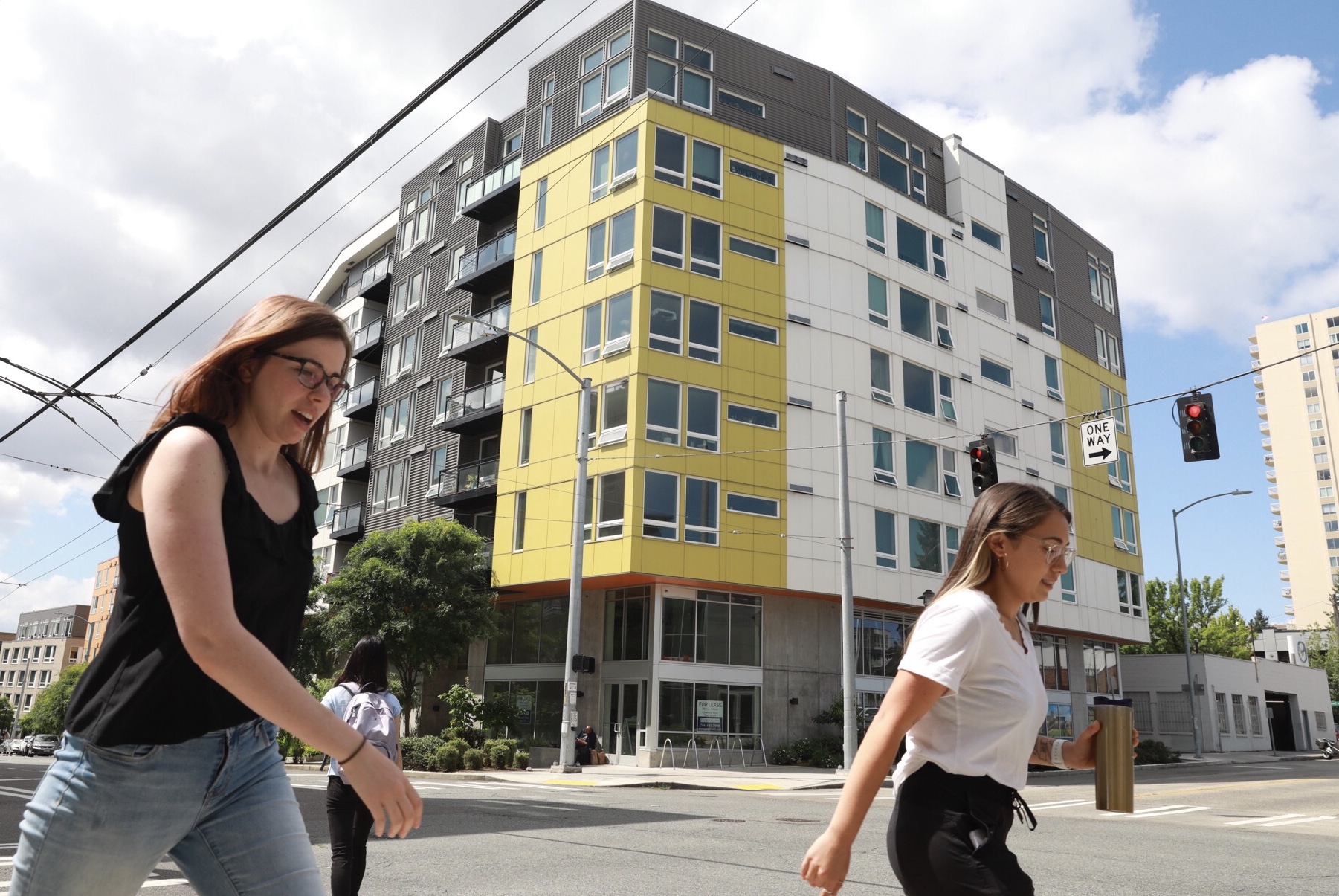 Standing in front of a packed house in the 12th Avenue Arts building’s black box theater, Seattle Mayor Jenny Durkan announced Wednesday a new front in the city’s attempts to address the affordable housing crisis. In the course of a speech about the need to make Seattle affordable for everyone, from people exiting homelessness to low-wage service workers to middle-income teachers and firefighters, Durkan introduced a new initiative called “Housing Seattle Now,” outlining two housing bills she plans to send to the Seattle City Council and hinting at other housing plans on the horizon.

“We need more affordable housing in every part of the city, and we need it as quickly as we can get it,” Durkan said in her speech. “It is harder and harder for our low income and middle income neighbors to be able to live in Seattle. … The lack of affordable housing is helping fuel our homelessness crisis.”

The first of the two bills the mayor is sending to the city council could generate at least $50 million over the next 20 years for construction, operation and maintenance of permanently supportive housing for people exiting homelessness. The second bill would renew the city’s Multifamily Tax Exemption (MFTE) — a tax break for developers who include subsidized affordable units in their apartment buildings. It would also add new price caps on the maximum amount landlords can raise rents in MFTE units from lease to lease.

The $50 million for the first bill would come from a new program state lawmakers created in the past legislative session. The program allows cities and counties to retain a small percentage of the sales tax revenue they collect for the state over the next 20 years if they use the funding for construction, operations, or maintenance of subsidized affordable housing. Durkan said she thinks Seattle will be the first city in Washington to put the tool to use.

Under the mayor’s plan that money would go toward permanent supportive housing, the deeply subsidized affordable housing meant for people exiting homelessness. In addition to providing a home, these buildings provide “wraparound” services such as mental health and addiction treatment, which are often needed to help people get back on their feet after chronic homelessness.

Both because they include services and because tenants have little or no income to pay toward rent, the operations and maintenance of this kind of housing can be expensive. According to the mayor’s office, each unit of supportive housing costs $16,000 to $20,000 a year to operate and maintain.

Ongoing maintenance of affordable housing is a major issue in Seattle. Subsidized rents don’t cover the cost of fixing plumbing, new paint, window replacement and all the other upkeep old buildings require. Currently, limited pools of funding from the city’s Housing Levy tend to be spent primarily on construction of new affordable housing units to meet the need. A report from King County found that the region needs to build about 10,000 units of housing each year for the next 21 years to address the housing shortage. Seattle’s current housing fund supports the construction of about 800 units a year.

Robin Koskey, spokesperson for the city's Office of Housing, said how money from the state sales tax would be divided between new construction and operations and maintenance of existing  housing has yet to be determined. The city estimates that $50 million, combined with other local and state funds, is enough to build 200 units of permanent supportive housing while providing maintenance and operations for 200 existing units.

“No one tool is going to solve this crisis,” Durkan said, acknowledging the relatively small impact of the sales tax tool relative to the city’s need.

The second part of the mayor’s new plan is meant to help a different group of Seattle residents. The legislation, which the mayor plans to transmit to the city council next week, renews the Multifamily Tax Exemption, which was set to expire at the end of 2019. Right now, Seattle has about 4,500 units of subsidized housing created through MFTE. There are 1,500 more in the construction pipeline over the next few years.

The program came under fire in 2012 after a city audit found lax oversight had resulted in some developers overcharging for rent, not building the correct number of units to receive the tax break and renting to tenants who earned more than the program's income limits. After the report, city officials instituted 14 of the audit’s 19 recommended fixes.

MFTE gives developers a property tax break if they subsidize rents for 20% to 25% of the units in their building and keep them subsidized for 12 years. The income restrictions of who can rent an MFTE unit varies by the size of the apartment and size of household, but MFTE subsidies generally serve people earning up to about 80% of the area median income (AMI), which currently works out to $57,920 a year for an individual. That individual would pay $1,505 for a one-bedroom MFTE apartment.

That jump has had real world consequences for renters in MFTE units.

When Clarissa Jarem moved into her two-bedroom MFTE unit in the University District she felt lucky. It was the first time the educator could afford a place where her daughter, who was 7 at the time, could finally have a bedroom of her own.

When Jarem moved in, rent was about $1,300 per month. When she reupped her lease the next year, the price jumped 11%. Then 8% the next year. Last year, her rent was up to about $1,700 per month. This year, Jarem moved to California for a new job. If she hadn’t, she said it would have been a struggle to stay in her apartment, as the rents went up again.

“I feel like the city just didn’t think things all the way through with MFTE, especially with chaining rents to AMI,” said Jarem.

On Capitol Hill, Eliza Yoon has found herself in a similar position. Yoon, a full-time graduate student in University of Washington’s School of Social Work, works as a part-time barista. She moved into an MFTE studio in September 2018, paying $1,383. It wasn’t cheap, but it was something she could afford. Two weeks ago, Yoon learned her rent was increasing to $1,501, a jump of more than 8%. It’s more than she can really afford, but Yoon said she’ll probably dig into savings rather than try to find something new in Seattle’s private housing market.

“I was pretty upset,” said Yoon. “I was misinformed. I didn’t think they could increase it that much. MFTE is supposed to help people like me, but now I’m too poor for the poor people’s program.”

Property managers with MFTE units are not required to raise rents to match increases in AMI, but nothing currently prevents them from doing so. Durkan’s bill to renew MFTE would place a 4.5% cap on how much rents can be raised on MFTE units year to year. But, according to Emily Alvarado, interim deputy director of the Office of Housing, that cap likely would apply only to new buildings joining the MFTE program, not existing ones. That means Yoon and renters like her remain at the mercy of the region’s rising incomes.

On Tuesday, Durkan referred to a few more housing announcements expected later this year as part of her Housing Seattle Now plan. One would strengthen renter protections in Seattle to match the new, more stringent Residential Landlord Tenant Act adopted by the Legislature this year — an effort being spearheaded by Councilmember Lisa Herbold.

Durkan also said she would soon announce the sale of the city-owned Mercer Mega Block in South Lake Union. The mayor said in addition to providing some on-site affordable housing in the future development, the sale would help fund construction of new affordable housing elsewhere in the city, preservation of existing affordable housing and creation of a loan program for low-income homeowners interested in building backyard cottages or basement apartments.