The region needs more affordable housing, but existing buildings are falling into disrepair. 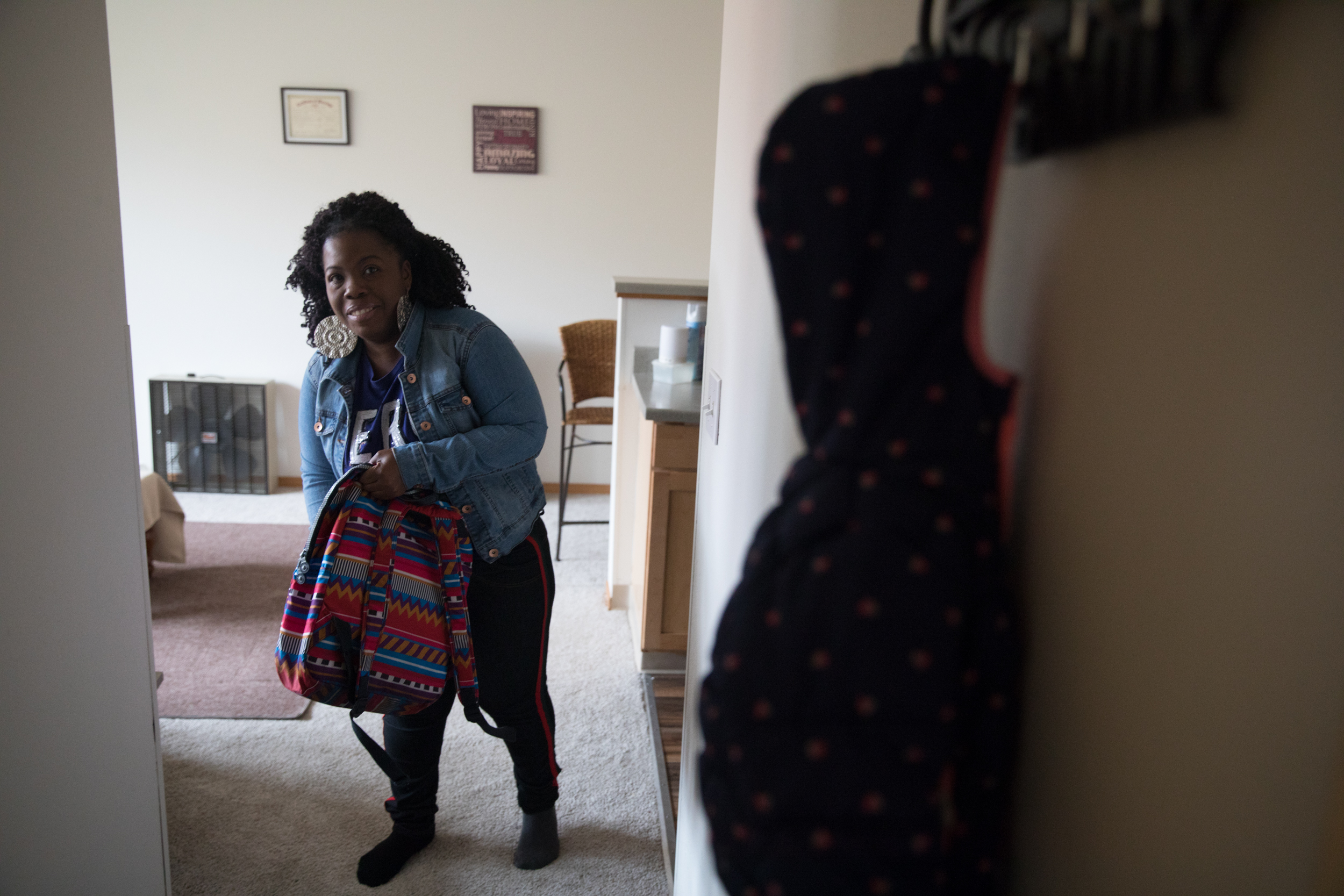 Turkessa Burrows seen at home in her new apartment on Capitol Hill in Seattle, Oct. 24, 2018. Burrows once lived in a rat-infested building owned by Capitol Hill Housing,  but with help from CHH has since moved into a new space. (Photo by Matt M. McKnight/Crosscut)

Chris Persons said he didn’t know how bad it had gotten. As the CEO of Capitol Hill Housing — a public corporation created by the City of Seattle — Persons has for the past 11 years overseen the management of 49 buildings offering affordable housing throughout the Seattle area. In August, one of those buildings, the Oleta on Capitol Hill, appeared in a Crosscut report detailing living conditions that had one tenant deciding between spending a night with rodents scratching the walls or at a shelter.

“This is really a horrendous situation at the Oleta,” Persons said in an interview in October, who noted that the organization should have caught the problems earlier.

Persons set about making changes. The tenant, Turkessa Burrows, was moved to a new building. Capitol Hill Housing began a remodel of several of the building’s apartments, sealing holes, hiring a new pest control company and beginning work to replace the outside deck.

But the story of the Oleta isn’t just an instance of one building in disrepair. It is a part of a bigger story of the state of affordable housing in Seattle. As city officials scrape the budget for ways to increase the supply of low-cost apartments, the affordable housing that already exists is growing older and much of it is in need of repairs. Thanks to the expanded housing levy, the city has recently increased its investments into rehabbing buildings, but striking a balance between building new housing and maintaining what’s there is a precarious balance.

In Capitol Hill Housing’s portfolio alone, the Oleta is just one example, albeit an extreme one. The corporation’s Union James building near Garfield High School received an “abysmal” 21 out of 100 in a recent inspection from the Department of Housing and Urban Development. Its Park Hill building on Capitol Hill was found to have rodents as well. At least one unit in the Joe Black building near Rainier Beach has a mold problem. On top of that, the corporation has flagged 10 buildings in need of seismic retrofitting — a massive expense to make the buildings safer.

“That older stock of affordable housing really needs to get some attention,” said Persons. “It’s difficult because the pressure is to create new units. But there has to be some recognition that people are living in substandard conditions.”

The windows of Turkessa Burrows’ new home look out on Broadway Street and the campus of the Seattle Central Community College. It’s a two-bedroom apartment with a spacious living room, modern kitchen and bathroom with two sinks. She pays $86 a month, in addition to her Section 8 housing voucher for the subsidized apartment. Gone are the mice — which would scurry across her floor and, once, into her daughter’s crib in the Oleta — although Burrows said she sometimes convinces herself she can hear them still.

Capitol Hill Housing offered her this place hours after Crosscut wrote about the Oleta. While they prepared her new space, she was moved into the Staybridge Suites hotel in South Lake Union, where rooms start at $119 a night.

Burrows is notably more relaxed than when she was at the Oleta. She can walk to her nursing school prerequisite classes at Seattle Central and catch an easy bus to her occasional work with the YWCA. “It’s a place for me to get on my feet,” said Burrows.

Burrows had been complaining about rodents in the Oleta building since January, but was moved only after her story was made public. Persons claimed that her complaints never reached him. “This is an issue that should have come to my attention and should have been resolved eight months ago,” he said.

Persons added that Capitol Hill Housing used to be better about keeping tabs on the condition of its portfolio. “Up until a couple of years ago, we spent a lot of time getting our portfolio in good shape,” he said. But in the past 18 months, “I wasn’t paying enough attention,” he said.

Persons said he believes Capitol Hill Housing is already moving in the right direction. “By January I expect everything to be back on all cylinders, flying,” he said.

Housing prices being what they are, the demand for affordable housing in Seattle and King County is immense. Last spring, the King County Council declared that the region needed to build or preserve 244,000 units by 2040 — or more than 10,000 per year. By contrast, the funds available last year from Seattle’s Office of Housing was enough to build between 600 and 700 a year.

The city has one pool of money it distributes for affordable housing and must balance investments between rehab and new construction. It’s “more of an art than a science,” said Robin Koskey with Seattle’s Office of Housing.

In 2017, the city awarded more than $21 million to rehab four large buildings containing affordable housing — compared with $77 million in money for new buildings. $15 million of that went toward one downtown building, the Frye, which serves people with little to no income.

As of November, Capitol Hill Housing had $1 million budgeted for ongoing repair projects. This includes fixes to the Oleta, a new roof at its Elizabeth James building and new sprinkler heads at its Seneca building.

In addition to the Oleta building, Capitol Hill Housing must scramble to address issues with its Union James building; otherwise HUD may no longer allow Section 8 recipients to live there. In an Oct.18 letter to the corporation, HUD identified issues that “include, but are not limited to,” “penetrating vegetation,” damaged storm drainage, tripping hazards, exposed wires, evidence of leaks, damaged locks, missing fire extinguishers, unusable emergency exits and a long list of other problems.

One resident at the Union James building, who asked she not be identified, said she likes living at the apartment because the units are spacious. But she said that while maintenance workers will respond to surface-level fixes, she’s found the response to structural issues lacking.

“Management has come and gone, so I don’t think anything really ever gets fixed as an entire package,” she said. “I want this building to continue being here, so don’t let it go to such a bad state so that HUD doesn’t even consider it livable.”

Following the inspection, which staff called “abysmal” in a November briefing to its board, Capitol Hill Housing has set aside $45,000 for repairs.

On top of the $1 million in budgeted repairs is the need to seismically retrofit 10 buildings in Capitol Hill Housing’s portfolio. The organization identified the buildings following a rough estimate from the city last year. “This could be a $14 million issue,” Brad Lange, senior director of asset management and acquisitions at Capitol Hill Housing, told Crosscut last year.

Next year’s city budget does not include any major increases for spending on affordable housing. The Seattle City Council briefly passed a tax on large businesses that would have raised around $20 million for housing, but quickly repealed it when faced with widespread backlash.

Persons said he didn’t “want to make any excuses” for the state of the Oleta, specifically. It was a dropped ball that should have been caught, he said.

“But,” he added, “generally the city has a lot of buildings in their portfolio that need a lot of rehabbing.”