Flyers at Seattle synagogues the latest in series of racist incidents

The neo-Nazi flyers, apparently produced by a prominent white supremacist website, have been appearing throughout the region over the past month. 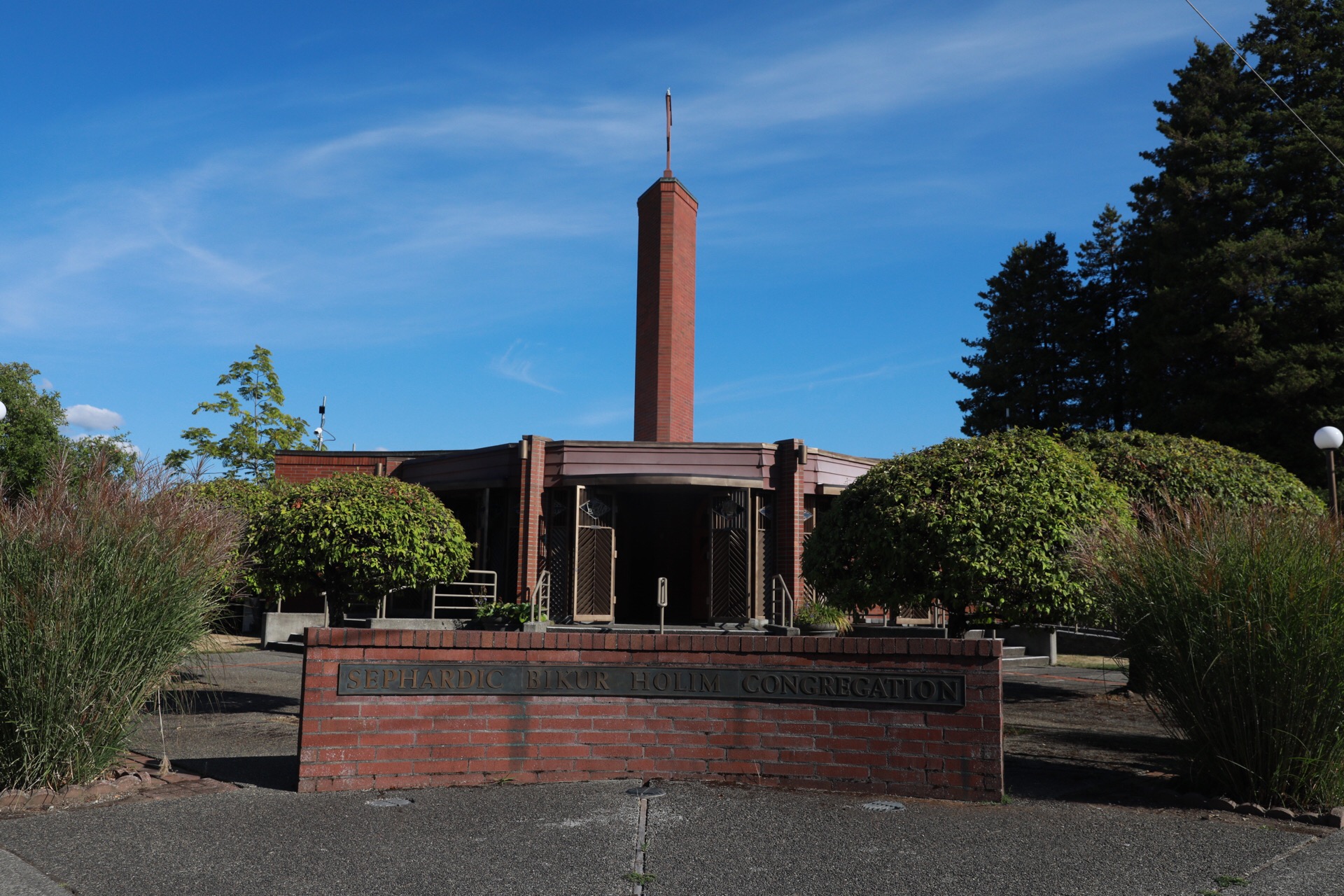 In what constitutes the latest in a series of similar racist incidents at religious institutions over the past month, anti-immigrant flyers were posted at or near at least two synagogues on Sunday.

In total, anti-Semitic, anti-immigrant flyers have been found at nearly a dozen churches and synagogues in the past several weeks, the ADL said. Dumping anti-Semitic leaflets is an old Nazi tactic called “snowstorming.”

Over the weekend, Sephardic Bikur Holim and Minyan Ohr Chadash in Seward Park were targeted with the racist flyers.

One flyer, posted on social media by David Goldstein, who has lived in the neighborhood for 22 years, depicted caricatures of four Democratic congresswomen of color biting down on an arm with “America” written on it. Just above the illustration are written the words “SEND THEM BACK!” Underneath the drawing: “DEPORT THE BROWN COMMIE INFESTATION.”

Goldstein said he posted the image of the flyer on Monday morning after hearing about them from a neighbor. Goldstein drew attention to similarities between the flyers and the rhetoric being espoused by President Donald Trump, who last month criticized Rep. Ilhan Omar of Minnesota at a rally while the crowd chanted, “send her back.” Trump has also attacked other congresswomen of color: Reps. Alexandria Ocasio-Cortez of New York, Ayanna Pressley of Massachusetts and Rashida Tlaib of Michigan.

Goldstein said he has tried to warn the Jewish community that the administration’s anti-immigrant rhetoric impacts Jews as well.

“It all comes around to us eventually. Don’t get too comfortable that we’re not somehow part of this,” Goldstein said. “Clearly, whoever did this is lumping Jews with the send-them-back crowd.”

He noted that synagogues in his neighborhood have taken to hiring private security firms, especially around religious holidays.

“This is what Jewish communities are living with today,” Goldstein said.

Seattle police said they were called to a synagogue in the 6500 block of 52nd Avenue South around 10:30 a.m. Sunday after a man wearing a mask was seen outside the building.

The flyer purports to be from the Daily Stormer, a neo-Nazi website founded by Andrew Anglin. According to the Southern Poverty Law Center, Anglin and his website are known for “spreading anti-Semitism, neo-Nazism, and white nationalism, primarily through guttural hyperbole and epithet-laden stories about topics like alleged Jewish world control and black-on-white crime.”

Miri Cypers, regional director of the Anti-Defamation League, said in addition to Seward Park, she’s heard of similar incidents happening in Northeast Seattle. The specific content, however, varies, Cypers said, noting that while some flyers have focused on holocaust denial, others have been anti-immigrant in nature.

“These cowardly acts are meant to spread hateful and racist propaganda — sowing seeds of hate against our most vulnerable,” Cypers said in a statement.

Cypers said that although Washington state seems to be a hotbed of activity with regard to white supremacy, Daily Stormer flyers have been distributed in other states: Ohio, Florida, New Hampshire and California.

Karen Treiger, vice president of the board at Minyan Ohr Chadash and a fifth generation Seattleite, said the flyer left at her lay-led synagogue had filled her with anger and sadness.

“We are a country of immigrants and our diversity makes us a stronger,” Treiger said. “It’s just not the way we should be acting as Americans.”

Treiger said even before the incident the synagogue had opted to apply for a $100,000 grant from the U.S. Department of Homeland Security. They plan to use the money for additional security measures, such as cameras and a fence. The synagogue also employs a guard and has a panic button installed that goes directly to the police, Treiger said.

Pastor Anja Helmon of Northlake Lutheran Church in Kenmore said she found a couple flyers that purported to be from the Daily Stormer at her church on Sunday, June 30, the same weekend as Pride Fest. Another church nearby — Holy Spirit Lutheran Church — was targeted by the same flyers, Helmon said.

The flyer, a copy of which was provided to Crosscut, contained the phrase “CENSORSHIP ENDS IN VIOLENCE” and “INCREASE FREE SPEECH AND INCREASE THE PEACE,” and depicts a picture of the Christchurch shooter, the gunman responsible for killing 51 people in March during Friday prayers at two mosques in Christchurch, New Zealand. It shows the gunman holding a rifle and over his mouth is the badge used to single out the Jewish community in Europe during the Holocaust. He is also holding a flyer with the words “The Great Replacement” on it.

Helmon said she found two copies of the flyer, one on the church’s reader board and another taped to the front door. Helmon said she didn’t even know what the Daily Stormer was before stumbling onto the flyers. She thinks her church was targeted because the congregation promotes a message of love and inclusion, particularly with regard to the LGBTQ community.

It “made me feel good, like we’re on the right track,” Helmon said. “I suspect that none of us who they’re targeting are going to back down.”

The Seattle region has seen a dramatic increase in hate crimes. According to an analysis from the Seattle City Auditor’s Office, for example, the number of reported hate crimes and incidents has increased by almost 400% in Seattle since 2012.

The Anti-Defamation League found a 60% increase in anti-Semitic crime in Washington state between 2017 and 2018. And last November, the FBI said hate crimes increased nationally by 17% and by 32% in Washington state when compared with the previous year.

In November, for example, a Jewish family in West Seattle woke up to find anti-Semitic graffiti on their fence. The following month a crew of white supremacist gang members descended on the Rec Room Bar & Grill, a bar in Lynnwood, and attacked the DJ.

The DJ, who is African American, spotted swastika tattoos on the men.