Law enforcement must continue to reduce the use of lethal force, while the public must recognize that not every encounter can be de-escalated. Lawmakers and other supporters applaud, Monday, Feb. 4, 2019, as Washington Gov. Jay Inslee, center, signs a bill revising Initiative 940, the measure voters passed in November 2018 to make it easier to prosecute police officers for negligent shootings, at the Capitol in Olympia, Wash. The bill alters language about when officers can be held liable for using deadly force. (AP Photo/Ted S. Warren)

Public trust, especially between law enforcement and the communities they serve, is under tremendous strain — whether it’s the reaction to the Seattle Police Department’s compliance with its 2012 consent decree or Washington’s implementation of a new law governing police use of deadly force that was passed by citizen initiative in 2018 and legislative action in 2019. Hyperbole in social media and click-worthy headlines have too often replaced thoughtful discussion of public policy.

How do we restore and improve trust? As the director of the Washington Association of Sheriffs and Police Chiefs, a group that represents all 39 elected sheriffs and over 230 police chiefs across our state, here are some specific suggestions.

First, we must build upon what we have done here in Washington state. Law enforcement and community groups across the state led the nation to improve de-escalation training and best practices in investigations of officer-involved uses of force. The new law (Initiative 940/SHB 1064) was created through the extraordinary collaborative example of those that are often political adversaries — including, but not limited to, sheriffs, police, corrections, the ACLU, De-Escalate Washington and Disability Rights Washington — coming together to listen and build relationships. It is exactly what we need. The Criminal Justice Training Commission recently completed the rulemaking for de-escalation training, and now conversations on independent investigations of officer-involved shootings are underway in public hearings all over the state.

Second, we need to stop viewing the issue of criminal justice reform as a process that will totally remove the use of deadly force. Law enforcement officers respond to dangerous and chaotic situations as an expectation; it is part of their job description. Deadly force, with few exceptions, is driven by the actions and behavior of those prompting the law enforcement response in the first place.

A study released earlier this summer in the Proceedings of the National Academy of Sciences is key in helping us better understand what occurs when officers use deadly force, and what we can do to reduce it. Conducted by researchers from the University of Maryland and Michigan State University, the peer-reviewed study looked at the intersection of race and officer-involved shootings from a comprehensive database of officers from over 650 police departments involved in 917 fatal shootings in 2015.

Media coverage of officer-involved shootings frequently note the disproportionate rates at which people of color are shot and killed by law enforcement. Media also tend to mention the race of the officer. And outraged comments on social media often portray the officer’s decision to shoot as motivated by racism, an implication that cuts to the center of a roiling national dialogue about criminal justice.

However, the findings in this study show that rates of local violent crime are the determining factor in uses of deadly force, not race. In addition, Joseph Cesario, one of the authors, notes, “The vast majority — between 90 percent and 95 percent — of the civilians shot by officers were actively attacking police or other citizens when they were shot. Ninety percent were also armed with a weapon when they were shot. The horrific cases of accidental shootings, like mistaking a cellphone for a gun, are rare.”

The viral social media videos capturing officer-involved shootings understandably affect trust with the police. But, says Cesario, these rare events end up “skewing perceptions about police shootings and leads people to believe that all fatal shootings are similar to the ones we hear about. That’s just not the case.”

At the same time, we all need to understand that this is a complex and two-way conversation. The Washington Association of Sheriffs and Police Chiefs has clearly and publicly expressed the need for balance in our adopted principles:

We acknowledge that implicit and institutional bias and discrimination exist in all aspects of society: criminal justice, education, housing, health care, finance, and more. We will work in concert with policy makers and others to make systemic improvements to understand, reduce, and control the implicit and institutional biases and barriers that inhibit every person’s success.

Studies are useful but we must be careful to avoid cherry-picking data or cite only some passages to defend one perspective and attack the other. Indeed, the PNAS study, like similar studies, has sparked a debate over how to best research racial bias and deadly force, yet another sign that these issues are too easily lost in the simple “I’m right and you’re wrong” rhetoric of much of our public discourse. Our more complex, and more difficult, challenge is to work together to remove those overall barriers that create the differences in violent crime rates in the first place. Law enforcement, too, must continue our commitment to reduce the use of lethal force, while the community must recognize that not every encounter can be de-escalated. Labeling every use of deadly force as murder and demonizing law enforcement are not productive and reduce understanding.

Working on the larger societal challenge of removing bias and barriers, reducing violent crime, improving our mental health system and sending a strong message that it is never OK to attack police officers will substantively reduce uses of force. This will involve addressing issues such as de-escalation and how we respond (and hopefully prevent) critical incidents, such as active shooters, in order to reduce crime while enhancing dignity and respect. It requires total, collaborative commitment of law enforcement and the community members they serve.

Law enforcement officers respond to dangerous and chaotic situations as part of the job. As we commit ourselves to increase training and ensure fair treatment, we also need to recognize that both law enforcement and the community share the responsibility to listen and learn. Additionally, we must acknowledge that there are multiple factors involved in any use of force, and solving these issues is difficult. The alternative is to be inexorably pulled apart by anger, accusations and a lack of real action. Our communities and our future depend on working together. 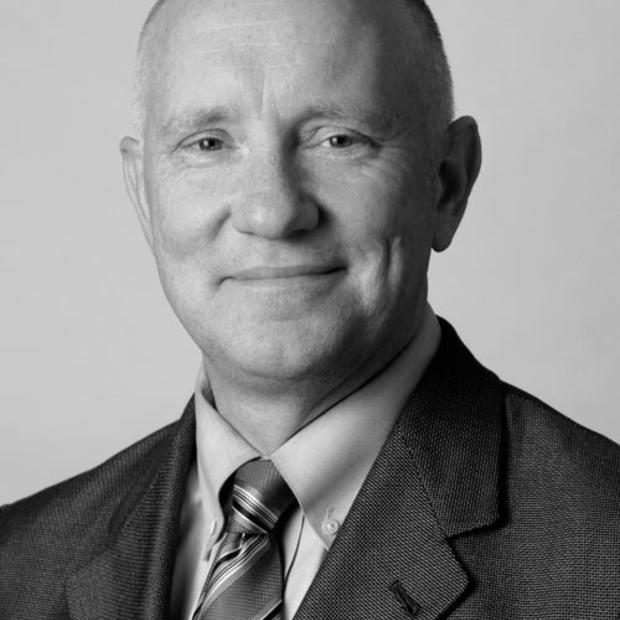 Steven D. Strachan is executive director of the Washington Association of Sheriffs and Police Chiefs.