The number of students in Washington with disabilities spiked 15% in five years. But the number of teachers who can provide special education services has remained stagnant. 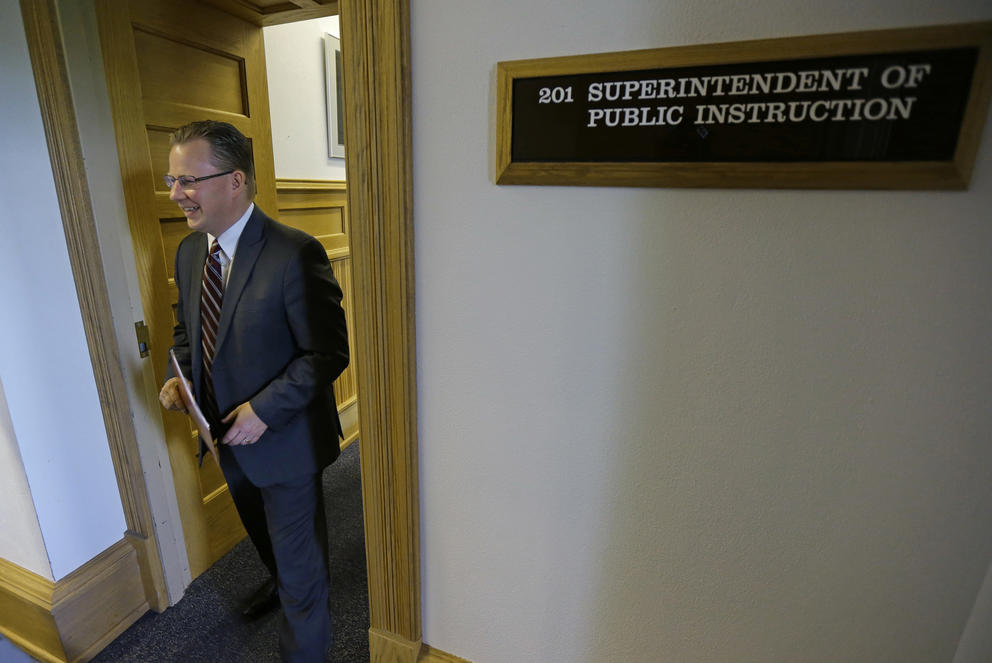 Chris Reykdal, Washington's Superintendent of Public Instruction, leaves a conference room after talking to reporters, Wednesday, May 24, 2017, in Olympia, Wash. Reykdal outlined his long-term plan for the ongoing issue of funding public education in Washington state and said lawmakers must expedite their work on satisfying the McCleary court mandate to put more money toward basic education. (AP Photo/Ted S. Warren)

Earlier this year, a state board affirmed what many educators already knew: Washington is facing a teacher shortage.

The Washington Professional Educator Standards Board, or PESB, found that, although the number of teachers hired by Washington schools has grown since 2010-11, the number of candidates completing teacher preparation programs has remained stagnant.

Data in a 75-page PESB report released in March show a 309% jump in the number of conditional and emergency teaching licenses issued by the state in the decade preceding the 2017-18 school year. The writers of the report pointed to this increase as further evidence of a teacher shortage.

A shortage of special education teachers is particularly acute, and presents extraordinary challenges. As Washington contends with a sparse teaching force, the number of students requiring special education services is growing rapidly.

Washington schools served nearly 170,650 students in special education programs during the 2018-19 school year — a 15% increase since 2014-15 and triple the overall enrollment growth. But the amount of trained, licensed teachers available to support them isn’t keeping pace; the percentage of temporary teaching licenses issued with special education endorsements nearly tripled between 2013-14 and 2017-18.

A Crosscut analysis found that there was one special education teacher for every 19 students receiving specialized instruction in 2017-18, based on data available through Washington’s Office of Superintendent of Public Instruction and the U.S. Bureau of Labor Statistics. These pupil-teacher ratios don’t necessarily translate to the number of students in a given classroom. In special education, these proportions represent the number of students receiving individualized services from a single teacher.

There are no specific regulations limiting the number of individualized special education plans an educator can oversee. Districts generally try to sync a teacher’s workday to the specialized instruction each student needs. Still, teachers often find themselves overwhelmed and under-resourced to meet those widely varied needs.

Martha Patterson, a special education teacher of 20 years who works in the Central Kitsap School District, said instructing students with disabilities, particularly those whose needs mean they're separated from the general school population for much of the day, can be draining.

“In many cases, you’re designing [individualized] curriculum,” said Patterson, adding that her caseloads have generally hovered around 30 students, sometimes closer to 40. “You are putting together [lessons]; you have to schedule and organize the paraeducators’ time to make sure that the student is getting into general ed as much as possible.”

Patterson spent 18 years working in the Bremerton School District before leaving, she said, because of a lack of support or adequate pay. She worked with students whose needs ranged from diapering and tube feeding to specialized instruction that takes high-functioning autism into account.

“There just are not enough hours in the day to do it all,” she said. “I thought, you know, if I stayed in the job much longer, it was going to kill me.”

For teachers like Patterson, paraeducators — aides who assist with classroom teaching — play a key role in providing individualized instruction by helping give students one-on-one attention. Washington school districts employed approximately 25,500 paraeducators during the 2018-19 school year. But only slightly more than half of those positions were full-time.

McMinimee said she’s seen situations in which districts either aren’t upfront with parents about service changes or misrepresent the budget-driven changes as a shift in a child’s needs.

“That’s not something that, under federal law, is an appropriate way to serve students,” she said. “You’re not supposed to approach families with the concept of, ‘OK, well we can’t do X anymore so what we’re going to do is Y instead.’ The question should be, ‘Has the student’s needs changed to justify a change in services?’”

The issues contributing to the shortage aren’t limited to pre-K to 12 classrooms. The staff shortage can be traced back to college campuses, where institutions aren’t training enough special education-related professionals.

Nationally, the number of college students graduating each year with undergraduate education degrees has dropped by 51% since 1970, according to data published by the National Center for Education Statistics. The outlook is bleaker for the attainment of special education-related degrees.

In 2017, all but four states reported personnel shortages related to special education to the U.S. Department of Education. Washington reported shortages nearly every year between 1990 and 2018.

Two primary factors contribute to the nationwide undersupply, according to the Maryland-based National Coalition on Personnel Shortages in Special Education and Related Services. Districts, in part because the positions are difficult to fill, post too few special education-related jobs. Additionally, colleges sometimes lack the resources to accept the volume of would-be special education staff who apply for training programs.

“For example, in school psychology we have a real shortage of supply when it comes to actual professors in training programs,” said Anastasia Skalski, director of professional policy and practice at the National Association of School Psychologists and co-chair of the National Coalition on Personnel Shortages in Special Education and Related Services. “And so in those settings, the training programs actually struggle to grow with demand because of the fact that they don't have adequate faculty.”

“In some states where there are shortages, states are trying to figure out ways to get the specific needs of kids met without having the position be a vacant position,” Skalski said. “Where [schools] are not able to hire maybe a school psychologist or a special ed teacher with expertise in emotional and behavioral disorders, they might try and hire an applied behavior analyst.”

There’s a trade-off to taking this approach. Professionals with narrow skill sets get tasked with offering services they’re not necessarily trained to provide.

In Washington, a newly launched paraeducator training program allows candidates to pursue a subject matter certification in special education, in addition to completing a required course of study. This is part of a larger effort by the state to better serve students with disabilities, PESB spokesperson Erin Peck said in an email. 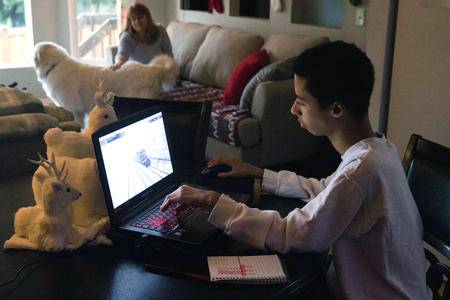 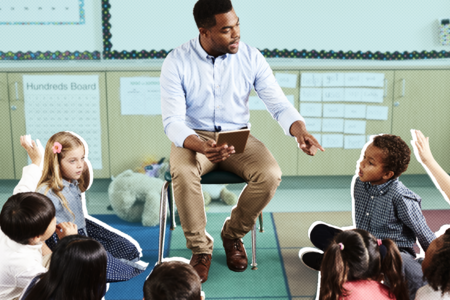 by / August 13
Article continues below