Group shows are just like group hugs (although galleries would prefer you didn’t wrap your arms around works of art). Galleries get the chance to showcase all the artists they represent, and art lovers have the opportunity to see an enormous variety of work, and discover new artists to follow. December is packed with group shows. At Linda Hodges Gallery, see Seattle painter Ryan Molenkamp’s thick mountain scenes alongside Jenny Beedon Snow’s placid pools and Alfredo Arreguin’s kaleidoscopic animal paintings. At Pottery Northwest’s Clayfest Northwest, more than 40 artists are showing works in clay, including adorned animal heads by George Rodriguez, realistically gloppy desserts by Dirk Staschke and strange and wondrous women by Patti Warashina. Studio e gallery in Georgetown is featuring Organic Archival, an exhibition of boldly geometric work by Warren Dykeman, Alfred Harris and Nakita Ares, among others. And new Pioneer Square gallery J Rinehart adds several New Additions to its current salon-style mixed bill, including dark acrylic studies by Emily Gherard, ethereal nature studies by Lesley Frenz and playful porcelain “Fu dogs” by Saya Moriyasu. Go forth and group! –B.D.

Viking Y2K: Ragnarök, Doomsday and the End of the World (as We Know It)

In Norse mythology, Ragnarök is the series of catastrophic events — including wars, the death of multiple gods, apocalyptic flooding — that constitutes the end of the world. And it seems to be on people's minds, given the recent movie Thor: Ragnarok (now streaming) as well as the upcoming Netflix series Ragnarok. Whether this resurgence has something to do with the increasing awareness of climate change (and impending doom) is a question for another time. What’s certain is that during this installment of the National Nordic Museum’s series of free 30-minute talks ("Scan30"), Lauren Poyer, University of Washington lecturer in Scandinavian studies, will answer a bevy of other intriguing queries, such as: “What can Ragnarök teach us about how Scandinavians in the Viking Age conceptualized the end of the world?” and “Was Old Norse religion really just a doomsday cult?” –M.V.S.

Velocity’s Next Fest: Ritual and Rebellion

With its precise edges, monolithic concrete forms and often spectacular geometry, Brutalism, the mid-20th century architectural style, has recently experienced a renewed fan base (seen on Instagram at #brutalism). One place you likely haven’t seen it show up: the dance floor. But this weekend, local filmmaker and artist Vladimir Kremenović channels his experience growing up in Bosnia and Herzegovina — amid Brutalism’s oppressive legacy — in a new piece titled Utopia. The performance is one of five new dance pieces on view during Velocity Dance Center’s annual Next Fest, a showcase of emerging choreographers. If you're curious about what's cutting edge in local dance creation, this is the place to see a diverse sampling. Case in point: other works on view incorporate Eastern European folk tales, queer coming of age and  … corporate sponsorship. In This Space for Rent, Shane Donohue bombards both the audience and dancers with ads. Donohue also sold set space, wardrobe and music to local businesses in order to fund the artists’ wages — and make a statement. –M.V.S.

Yes, it’s a stressful month, but consider channeling the urge to scream into something a bit more soothing. Seattle choruses offer plenty of opportunities to sit back and soak in the soaring voices of the season. Seattle Girls Choir brings “serious singing and serious fun” to the stage with its annual Gift of Song (Dec.12 at Town Hall Seattle). Featuring spectacular grown-up voices, the Esoterics give us the gift of Humility (Dec. 13-15, locations vary) in the form of a mixed bill of contemporary choral songs that express a desire for emotional simplicity. Seattle Men’s Chorus presents 'Tis the Season, the group’s raucous “naughty and nice” version of holiday favorites (Dec. 17 and Dec. 22 at Benaroya Hall). And for those who prefer a more traditional take, consider: Readings and Carols, featuring adult and youth choirs, plus organ music (Dec. 13 at St. James Cathedral); the Pageant of the Nativity, with 60 choristers, an orchestra and organ music (Dec. 17 at St. Mark’s Episcopal Cathedral); and the classic Handel Messiah performed by the Seattle Symphony Chorale and Orchestra. (Dec. 20-22 at Benaroya Hall). –B.D.

’Tis the season to get overcaffeinated and frantically shop for friends and family! We recommend combining that noble effort with a little support for local artists. This week brings a sleigh full of craft fairs, where you can pick up artful and out-of-the-ordinary items — whether as gifts or to keep for yourself. Renegade Craft (Dec. 14-15, Hangar 30 in Magnuson Park) is equal parts craft fair and entrepreneurial incubator, where artisans and makers sell ceramics and paintings, lotions and tonics, jewelry and jams and much more. The Holiday Sale at Seward Park Clay Studio (open daily until Christmas Eve) is a treasure trove of locally made bowls, cups, plates and sculptures of all sorts. At the Inscape Arts Bazaar (Dec. 15 at Inscape Arts), studio artists throw open the doors to showcase and sell prints, paintings, ceramics, ornaments, small sculptures and clothing. Last but not least, Pilchuck Glass School’s Seattle gallery hosts Pilchuck Glass Market (through Dec. 20 in Pioneer Square), featuring glass art objects and ornaments made by local artists. Shop local, support local artists. –B.D.

The Christmas Killings at Corgi Cliffs

Over a tasty Anglophile supper heavy on carbs (including the delectable Baby Cheesus Bread Loaf and a dessert of, um, spotted dick pudding), you watch, giggle and groan as the saucy American au pair/damsel-in-distress Becky June Beasley-Jones (a garishly absurd yet appealing heroine played by drag actor Butch Alice) tries to solve a multiple murder mystery in a seriously bent English village. Garnished with irreverent Christmas ditties, the plot gets zanier, more complex and less comprehensible with the entrance of every new character – and there are about a zillion of them, as played by a small band of comic actors who must have capacious memories for nonsensical dialogue.

The Christmas Killings at Corgi Cliffs could do with less amplification (or shouting) in Nordo’s compact space, and some streamlining (good luck getting half the literary and historical quips that whiz by in the script). But for Anglophiles with a tolerance for extreme silliness, bawdy high jinks, and a yen for cheddar cheese soup (better than it sounds!) this could be just your cup of tea. –M.B.

If you go: The Christmas Killings at Corgi Cliffs at Cafe Nordo, through Dec. 29. ($97 includes four-course dinner; $115 with champagne).

Woven Together: Stories of Burma / Myanmar

Washington state has one of the country’s largest populations of Burmese refugees, with 2,000 former residents of Myanmar (also known as Burma) who have settled largely in Tukwila and Kent (home to the Seattle Myanmar Buddhist Association). Woven Together, a new exhibit at the Wing Luke Museum, showcases these stories of migration. After a quick history lesson about the tumultuous Southeast Asian region (starting in 200 B.C.E., moving through British colonization; independence; political, military and civil unrest resulting from conflicts among the country’s 135 ethnic groups), visitors glimpse the real lives of immigrants who have made new homes in the Puget Sound area. The gallery includes artifacts such as a traditional bridal necklace and groom’s purse and sword, and instruments such as a wooden drum and harp. Also on view (on a central video screen) are 12 interviews between Burmese elders and their descendants, which constitute an enlightening oral history of a community that often gets overlooked. –A.P.F. 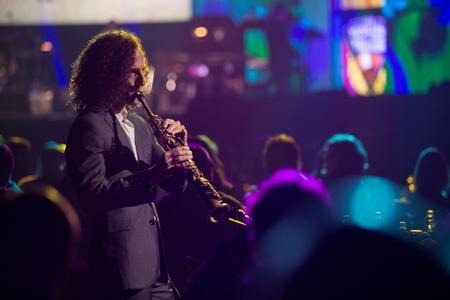