Downtown chaos may be the only constant in Seattle's changing core

The Third Avenue shootings is but one act in a centuries-old drama. 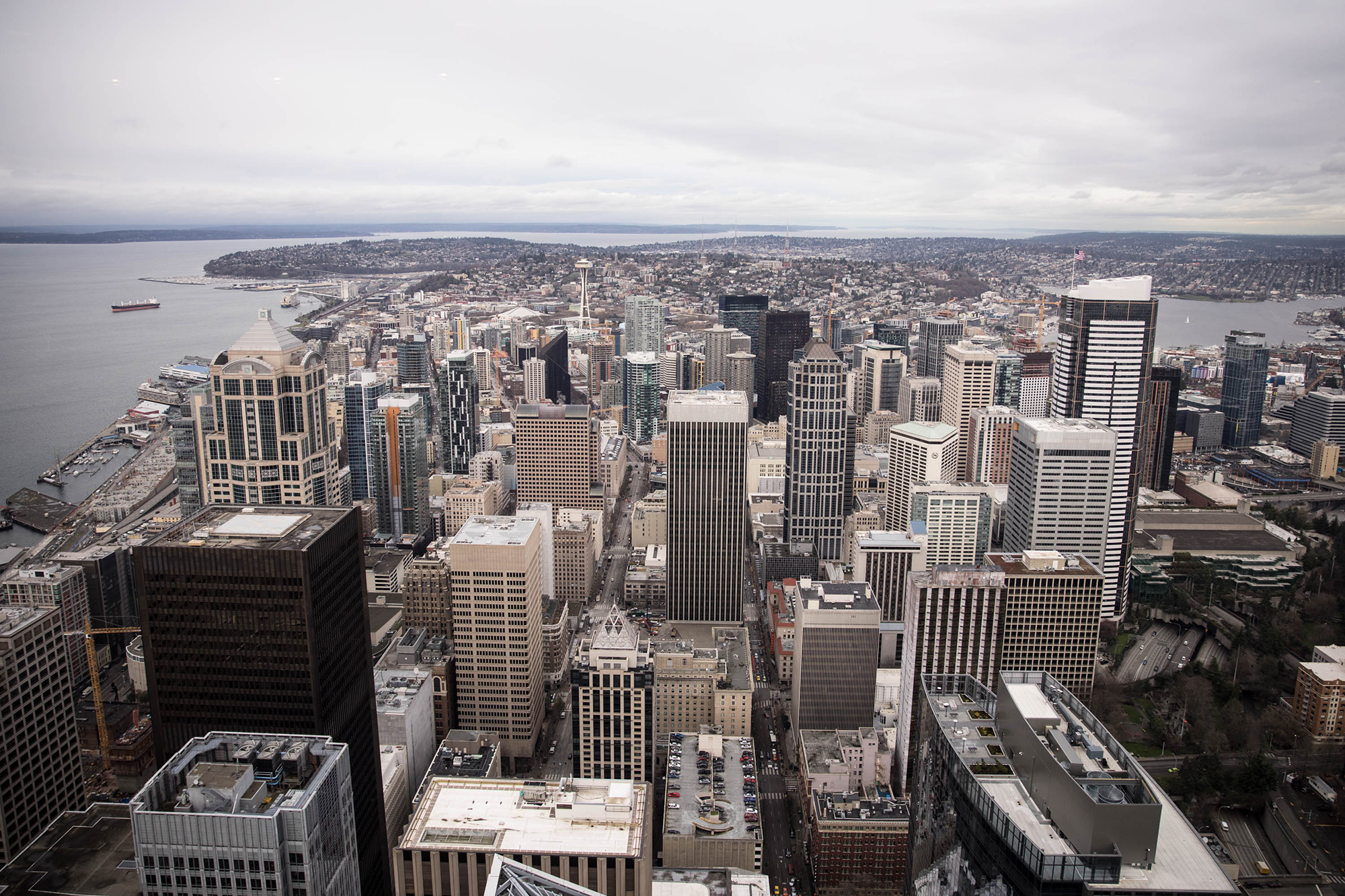 The recent downtown shooting at Third Avenue and Pine Street sent shivers through the city, prompting understandable calls for increased public safety in the retail core. The problems on the streets, however, are not new and not unfamiliar in a big, busy urban space.

The area where the shooting took place has a long, checkered history. I read with interest a reference to that stretch of Third Avenue as “the Blade,” a term I had not heard since the early 1990s. At the time, it referred to an area known for drug dealing and crime north of the Pike Place Market along Western Avenue, stretching up into Belltown.

That the term is still being used to describe the McDonald’s corner on Third Avenue shouldn’t be all that surprising. The Pike-Pine corridor has long had issues. In the early 1900s, street youth gathered in the area around First Avenue and Pike Street. Underage men and women were said to be lured to their moral destruction and exploitation in the saloons and establishments that had expanded beyond the Pioneer Square-area’s Tenderloin vice districts of frontier Seattle. Nearly a century later, the busy Pike-Pine corridor was the focus of Streetwise, the documentary film that profiled a ragtag group of homeless youth. And even in the early 21st century, young transients and dispossessed people of all stripes have continued to occupy space near Westlake Park.

One thing is clear: Drug dealing, petty crime and the gathering of folks on the margins or in open distress can persist over time in certain urban spaces. It is partly because these locations are longstanding, but also because they serve certain needs facilitated by easy access to the area by transit and close proximity to social services. A badly shredded safety net doesn’t help. These patterns and populations are not unique to our downtown.

Downtowns are hungry beasts, always demanding resources, attention and reinvention. The “fixes” are often presented as immediate imperatives, a truism we hear echoed today in response to last month’s downtown shooting. But in this post-chaos moment, it’s worth looking back to try and answer the question of what lies ahead for downtown more generally.

One way to read Seattle’s history is as a succession of expensive efforts to “save” downtown and revitalize the central shopping district with all manner of schemes. Maintaining retail viability has been a major public welfare project. In the 1940s, we were told that the main threat to downtown was traffic congestion — and many argued that the double-decker Alaskan Way Viaduct was needed to relieve it. In the end, the fix was a proposed ring of “crosstown highways,” of which the Viaduct was one. It severed the waterfront from the city with a wall of traffic, despite pleas by architects such as the brilliant Paul Thiry, who argued for a waterfront tunnel. This was followed by efforts to construct other urban highways, most notably Interstate 5, through downtown that cut the central business district off from First Hill and Capitol Hill, a divisive scar on the urban fabric.

Today, we have a tunnel; tearing down the Viaduct is seen as an act of renewal; and there is talk of lidding much of I-5 to repair the old wound. Fortunately, a number of other proposed elevated projects, like the Bay Freeway and the R.H. Thomson and Empire expressways, were never built.

In the 1960s, the new key to saving downtown from decline was getting rid of “blight” through “urban renewal,” using federal funds. A central target was the Pike Place Market. The city wanted to tear most of it down and start over with parking garages and new development. The Seattle Times framed the necessity of this in 1966 by arguing that there was “the need for a drastic program to rescue the Pike Place area from severe blight,” calling it a “vast economic waste” on the edge of the retail shopping district. Redevelopment would boost the city’s tax base, the paper of record argued. Fortunately the voters disagreed, but bulldozing what has become downtown’s number one urban tourist attraction — not to mention a model for preserving a low-income downtown neighborhood — came within a whisker of happening.

Saving the retail core became a big issue in the ’80s and ’90s. The city rejected a plan by Victor Steinbrueck and others to remake Westlake into an urban plaza and decided instead to lure a mall developer to create Westlake Center. The Rouse Company had a reputation for creating “a carnival atmosphere” and activating urban spaces. One downtown broker said, “We only have one downtown retail core. We’d better be careful with it.” The carnival atmosphere at Westlake has perhaps not been what was intended, though the park is under the active management of the Downtown Seattle Association, a private group that contracts with the city to keep Westlake an “active and welcoming place.” Still, Westlake, the so-called “epicenter” of the retail core, feels like a space that has failed to live up to its potential, but not for lack of trying.

A late blooming city, Seattle has had the advantage of seeing mistakes other cities have made while trying to avoid them. Dying retail districts resulting from the mall-ification of city neighborhoods and suburbs — Bellevue, Southcenter, U Village, Northgate — caused downtowners to panic and demand more activation. Westlake is one example. A bigger one was the campaign to fill the vacated Frederick & Nelson department store space with a new downtown flagship for Nordstrom and building Pacific Place in the ’90s. This required then-Mayor Norm Rice to seek federal help by claiming that the area risked blight, and the city paid what was arguably an extra $20 million or so to get the development to happen. Downtown was “saved,” but the retail district’s focus seemed to be shifting away from locals to out-of-town visitors looking for retailers like Tiffany’s.

The shift resulted in part from a previous strategy to save downtown — building a state convention center over I-5 at Pike Street in the 1980s. Downtown interests fought siting the new center elsewhere (the other key areas in play were Seattle Center and land near the old Kingdome). Downtown business owners were described as grinning when the site, next to Freeway Park, was announced. Many acknowledged when it opened that the convention center was too small and would need to be expanded to meet the demands of national event planners — and it has grown bigger ever since to stay competitive with other cities. It has driven development friendly to high-end hotels and national retail chains, shaping a downtown scene that feels largely crafted for tourists. When the South Lake Union Streetcar first went operational, it seemed mostly to cater to conventiongoers who wanted a quick ride to a Hooters on Lake Union.

So where is downtown headed? In 1912, the Bogue Plan envisioned relocating the city’s center to an area near South Lake Union and rewiring our rail and transit system to include underground mass transit to the suburbs under Lake Union and Lake Washington. It was bitterly opposed by downtown property owners; they did not want the center of action to shift to areas well out of downtown. Good government types, like the Municipal League, argued that downtown landlords wanted to keep businesses locked up for their own profit — a cartoon showing a greedy landlord squeezing money through high downtown rents is emblematic of the struggle. The businessmen, however, succeeded in scaring the public. The Bogue Plan failed at the ballot box, and downtown stayed where it was.

But that could be changing. The development of South Lake Union and the Denny Triangle parts of the Regrade have finally shifted the center of downtown gravity away from the retail core. Just look at the development around Westlake Avenue and Denny Way! South Lake Union has been the job-generating area of the city this century. And Seattle Center might actually become the center of something, especially with development starting to surround it and nearby Interbay.

What’s more, the downtown Macy’s (the old Bon Marche) is kaput and some of its upper floors are occupied by the single greatest force in the world changing retail, Amazon. While we scrambled to save Nordstrom in the past, the Seattle retailer is maneuvering to keep its national chain vital by selling liquor and vintage clothes. Its future in the Amazon retail jungle seems less certain.

The reshaped central shopping district continues, but it still feels designed more for convention and cruise ship shoppers and less at the core of the city’s life or identity. The loss of power in city politics of downtown business interests might reflect a changing sensibility. And if brick and mortar is moving to the cloud, how do you save a downtown that alternates between high-rise, suburban-style apartment and condo estates, and a ground level world of folks who are left behind even in a prosperous, yet deeply unequal, economy?

The public safety drama at Third Avenue and Pine Street is troublesome, but there’s also a much bigger drama slowly unfolding for downtown Seattle.