I managed public emergencies for years. Trump is unfit to lead on COVID-19.

From spreading misinformation to doubting experts, the President's actions put Americans at risk. 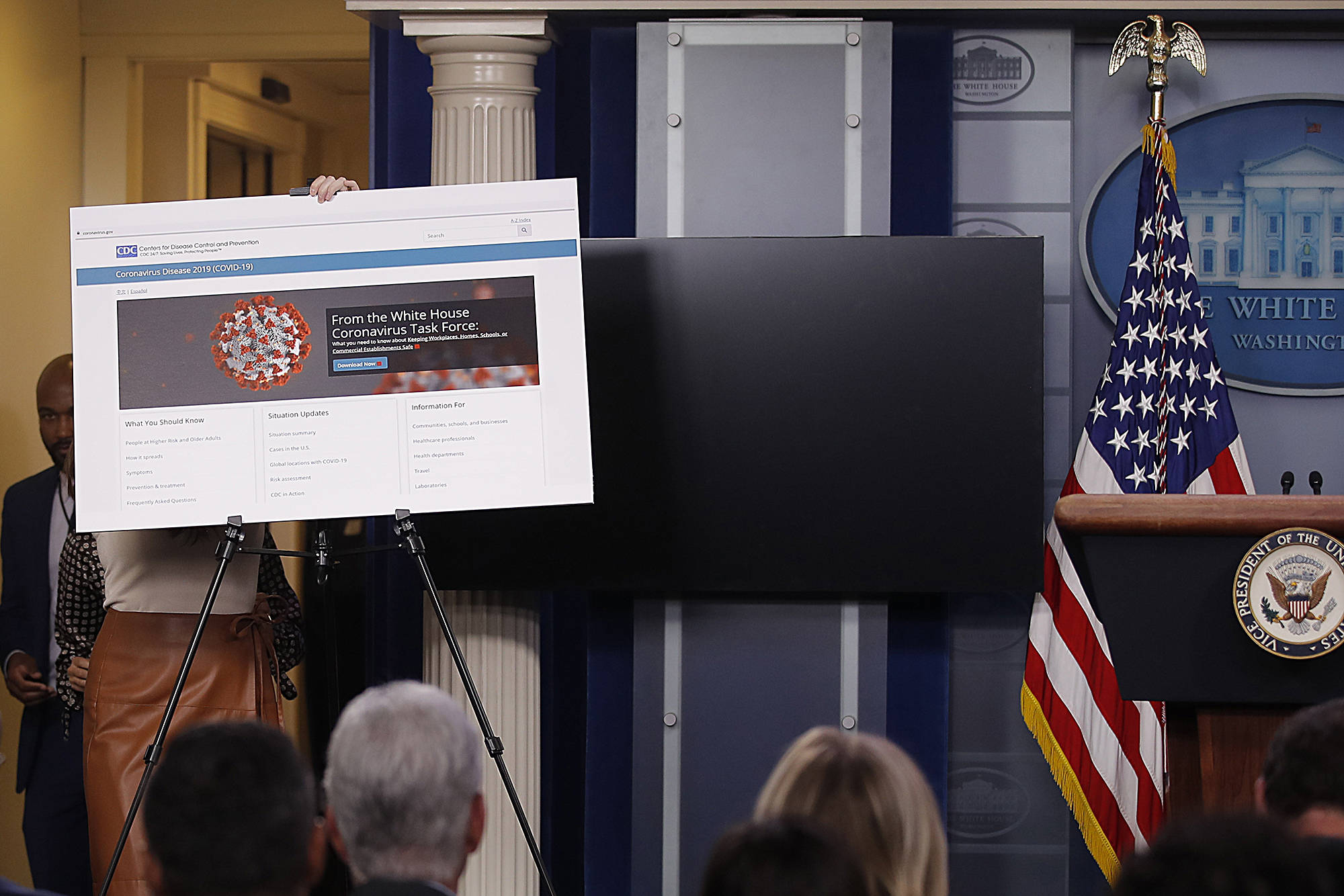 A poster displaying information from the White House coronavirus task force is carried into the briefing room of the White House in Washington, Tuesday, March, 10, 2020, before Vice President Mike Pence and others arrive to speak. (AP Photo/Carolyn Kaster)

My professional life for the past 30 years has been dedicated to preparing governments, organizations and people for disasters. My efforts when I was the King County Emergency Management director were two-pronged: prepare for an operational response to a disaster and work with communications personnel to ensure a system providing accurate and timely public messaging.

President Donald Trump is uniquely unqualified to lead us through a public health crisis. He is deprived of any ability to stay on message and provide consistent, factual information supported by both science and what in the U.S. Army we used to call “Ground Truth.”

There is a group of “Trump Believers” who will never criticize the president, who will take his statements as gospel, even when their eyes and ears are screaming something else. If those people number 35% of the general population, that means 65% have watched, listened and read what the president has said for three years and doubted most of it.

Why is President Trump unqualified to lead in a crisis? He is profoundly loose with facts and the truth. He is incapable of staying on message with his administration’s policies and statements. He disregards science and what experts of all types are telling him and the public. He regularly misleads the public by providing a positive spin to benefit his own self-interest. He has a propensity to blame others for problems and an inability to accept any personal responsibility. And he is simply unable to express genuine empathy for people who are suffering.

“Putting a bell on the cat” – that’s the phrase I use for managing the boss. It is what mice do to track the whereabouts of their most common predator. But here’s the problem: there is no putting a bell on a cat as undisciplined and unpredictable as Trump. I suspect the White House communications staff either designates someone to stay up all night to monitor the president’s tweets, or it’s the first thing they do in the morning so they’re prepared to provide damage control when the rest of the country wakes up.

The coronavirus epidemic is a crisis for the president and his reelection. The COVID-19 virus will not be contained to one small area, as was the most recent Tennessee tornado. It has already become a national event of major significance; it will very likely last months, if not longer. The economic impacts will spread far beyond the travel industry. Small- to medium-sized businesses will be hit the hardest. The job numbers of the employed will go down and unemployment benefit applications will likely go up. While the stock market has had wild swings to date, the trend has to be going down, as the economic outlook diminishes.

As the coronavirus pandemic unfolds, I’m left wondering about the president’s need for big rallies. What will he do without hordes of adoring fans to hang on to his every word and to cheer his pronouncements from the podium? I can’t at this point fathom whom he will blame for the situation he finds himself in — but blaming, we all know, is part of his nature. Perhaps it will be a past president? President Woodrow Wilson for how he handled the 1918 Spanish flu pandemic?

The communications skills that helped Trump win the presidency will not help in our current crisis. In this epidemic, we need calm reassurance that everything that can be done is being done. Past disasters have shown that painting a more negative outlook of how bad a disaster could become — and doing so early on — helps in getting people’s attention and prepares them for more of a worst-case scenario, should that evolve.

In this national disaster we are in uncharted waters. Scientists, medical experts and, yes, the market, are acknowledging the uncertainties before us. It would be better for the nation if Trump could ignore his own personal interests for once and conduct himself as an informed and “well balanced” leader.