Despite calls to remove the dams to save salmon and orcas, federal agencies say the risks to hydropower, navigation and electricity costs are too high. 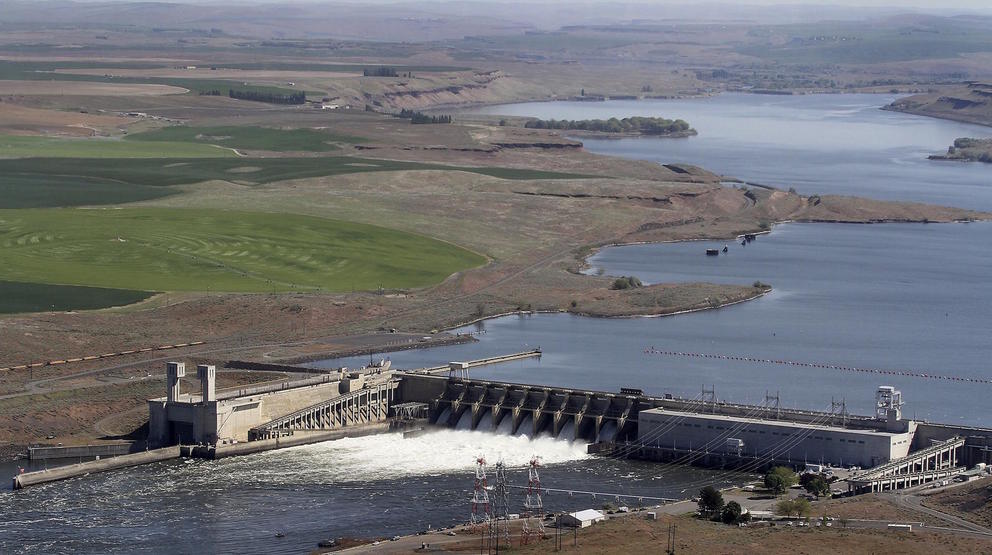 The U.S. Army Corps of Engineers, Bureau of Reclamation and Bonneville Power Administration laid out a range of six alternatives in a draft environmental impact statement. The most controversial measure would have been to remove or alter the four Lower Snake River dams.

The highly anticipated assessment caps years of debate, study and controversy surrounding the fate of the Snake River dams.

Fish advocates argued removing or altering the dams is the only way to save wild salmon runs and southern resident orcas. Others pushed to keep the dams, which they said are too important to the region’s transportation, irrigation and power needs.

Under the preferred alternative, the agencies would increase the amount of water spilled over dams as juvenile salmon are migrating out to sea and operators need less power on the grid. A three-year flexible spill agreement is already in place, which was intended as a temporary fix to make it easier for young salmon to bypass hydropower turbine blades.

“Most of the people that are talking against breaching are worried about how much money they are going to lose. Tribal members, like me, are not about money,” Matthews said. “We just want to make sure salmon can come back, as they did before the dams were introduced.”

The possibility of removing the Snake River dams has been a contentious issue for decades. The recent rounds of debate came up in 2016.

One option he specifically requested back on the table: the fate of the Snake River dams.

“Despite billions of dollars spent on these efforts, the listed species continue to be in a perilous state,” Simon wrote in his decision. “The [Federal Columbia River Power System] remains a system that ‘cries out’ for a new approach.”

Simon’s decision marked the fifth time a court had ordered the federal government to reassess its plans that guide dam operations on the Columbia and Snake rivers. The federal biological opinion, known as the BiOp, has been tied up in court for more than 20 years.

Studying what removing dams could mean

This is the first time in decades that dam managers have seriously studied what removing or altering the four dams on the Lower Snake could mean.

Environmental groups said that study wasn’t enough. Todd True, a senior attorney with Earthjustice, said he expected this draft plan to be more of the same suggestions that have led to the courtroom. That’s why he advocated for a more regional, collaborative approach to discussions about the Snake River dams.

“We need to move past what these agencies seem to be willing to do, and get a broader set of people and leaders involved so that we can really solve this problem,” True said.

Built in the 1960s and 1970s, the dams are deeply intertwined into life in the Columbia Basin. They provide irrigation water for orchards and farms north of Pasco. They’ve allowed Lewiston to stake its claim as the West Coast’s most inland port all the way in Idaho, 465 miles from the Pacific. Barges help move wheat from inland farms to markets in Asia.

The draft provides important improvements for fish runs, while still allowing shipments up and down the Snake River, said Kristin Meira with Pacific Northwest Waterways Association.

“The draft that we’re all taking a look at today appears to strike a good balance between human needs and how we need to take care of our natural resources,” Meira said.

'Lifeblood of our region'

Meira called the Columbia River System the “lifeblood of our region.”

“It supports tens of thousands of families, moves our food, raw materials, fuels and more, provides us with 90% of our renewable energy, prevents flooding, and represents innumerable cultural and recreational opportunities,” she said.

But fish advocates say the Lower Snake River dams are standing in the way of fully recovering wild populations of salmon. And, in turn, that’s cascading and creating a major hurdle for endangered southern resident killer whales that depend on those fish for food. Recently, the resident orca population dipped to 72 whales. In part, because of a lack of food.

The dams also provide low-cost, carbon-free energy, something dam advocates say needs to be considered as heat-trapping gasses continue to change the climate. On the other hand, fish advocates said, they only provide about 5 percent of the region’s energy needs – about the same amount it would take to power a city the size of Seattle.

Energy turns out to be a big consideration, as the federal agencies began studying the potential for altering the Snake River dams.

The Boardman, Oregon, coal-fired power plant is slated to come offline this year, with other regional coal plants soon following suit. Power providers say the dams are an important, steady power source – one that can easily balance power during sudden cold snaps or heat waves. That’s different than wind and solar energy, which produce power when the wind is blowing or the sun is shining.

Kurt Miller, with Northwest RiverPartners, a group that supports utilities, transportation and agriculture, said the groups supports the plan.

“Overall, the findings with the report are very consistent with what we’ve already known,” Miller said. “The Lower Snake River dams are very important to this region. There are a lot of vulnerable communities that rely on their affordable electricity. (The dams are also important) to our carbon reduction goals.”

Although removing or altering the dams is ultimately a federal decision from Congress, the governors of Washington, Oregon and Idaho have taken an active role in the issue.

Oregon Gov. Kate Brown on Feb. 11 sent a letter to Washington Gov. Jay Inslee, saying that the dams should come down in order to increase salmon and orca survival.

In response, U.S. Rep. Dan Newhouse invited Gov. Brown to tour Ice Harbor Lock and Dam, just outside Pasco. Newhouse has been a longtime supporter of keeping the dams in place.

“The mighty Columbia River is vital to our way of life in Washington state and the Pacific Northwest, and the EIS is critical to the effective management of our river power system. From supporting salmon recovery and species protections to providing clean hydropower generation, irrigation for our rich agriculture sector, and navigational routes along our waterways, our region reaps many benefits – while also facing several challenges – stemming from Columbia River operations,” Newhouse and Rep. Cathy McMorris Rodgers said in a joint statement.

For his part, Inslee asked the state Legislature to budget money for a study that would find a way forward should the dams be removed or altered. The $750,000 request came at the recommendation of the state’s Southern Resident Orca Task Force.

A series of three panel discussions topped off the draft that will guide Washington’s position on dam removal. A final report of that study is expected in March.

Idaho Gov. Brad Little started a work group in 2019 to address salmon and steelhead issues. And at a salmon conference, Idaho Republican Congressman Mike Simpson challenged people to come up with innovative solutions.

“Make no doubt about it, I want salmon back in Idaho,” Simpson said.

Salmon and fishing advocates say these more regionally collaborative approaches should be the way forward, as they continue to push for dams to come down.

“We’re seeing recognition that how we’ve been doing business in the Lower Snake and the Columbia is just leading us on an extinction path for salmon and steelhead,” said Tom France with the National Wildlife Federation.

France said that after 20 years there has to be a solution other than the court-battled management plan.

The agencies will host six public comment meetings this March: in Lewiston, Idaho; Kennewick, Seattle and Spokane, Washington; Kalispell, Montana; and Portland, Oregon. Public comments can be submitted online and by mail through April 13, 2020.

A final decision is due out in September. 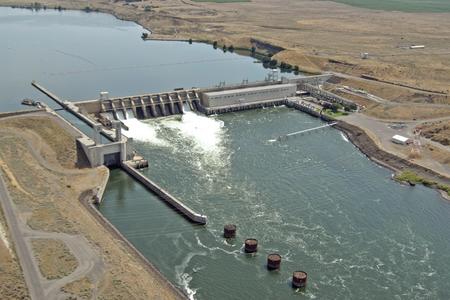 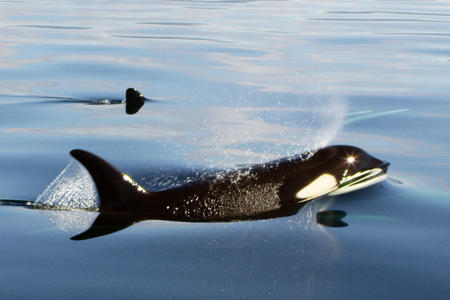 A new film argues Lower Snake dams make life worse for salmon, orcas and everyone in the PNW

As the documentary Dammed to Extinction tours the Northwest, its filmmakers argue time isn't up for orcas or salmon if we act now. 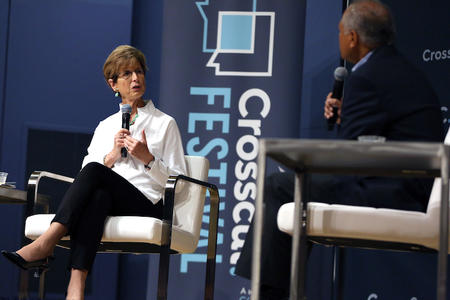 by / May 4
Article continues below

A new film argues Lower Snake dams make life worse for salmon, orcas and everyone in the PNW

As the documentary Dammed to Extinction tours the Northwest, its filmmakers argue time isn't up for orcas or salmon if we act now. 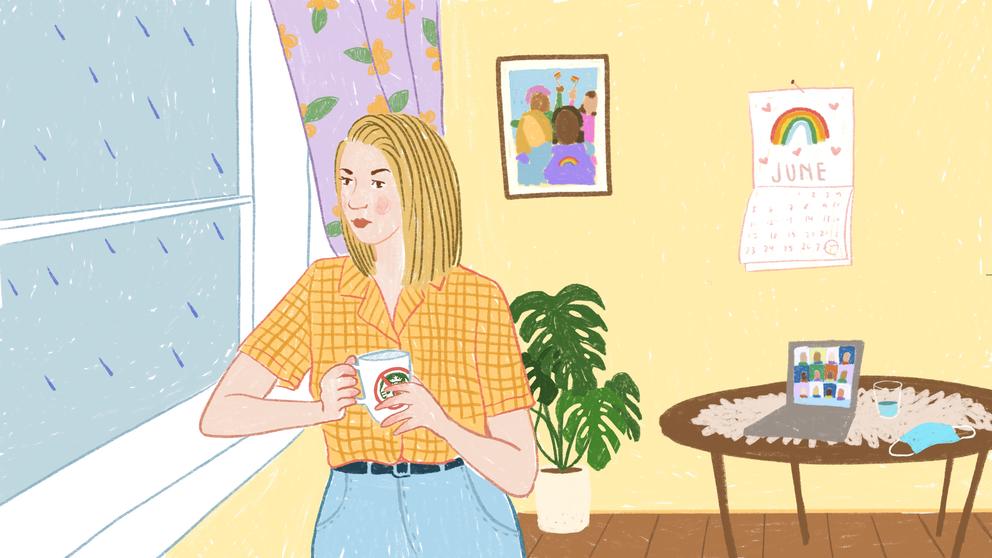