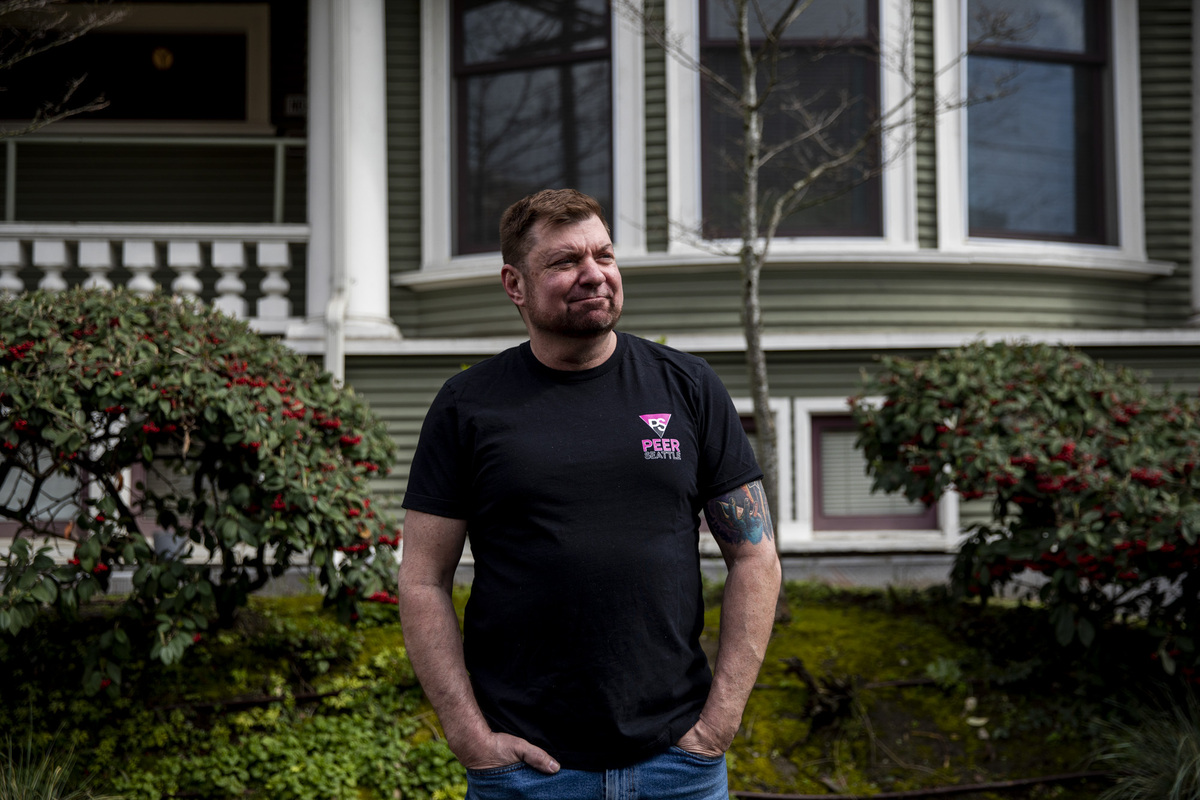 Shelffo runs Strength Over Speed (SOS), a crystal meth recovery support group for gay and nonbinary people. Members depend on the gatherings and the connections they’ve garnered through the group to get by. Social isolation is hard on anybody, but Shelffo says it’s particularly hard for people who rely on community for their health.

“One of the things that many people who are addicts experience when they’re in the depths of compulsion is isolation fueled by shame and guilt,” he said. “Really, one of the most important things people need in recovery are people who are living in the solution, who are thriving in recovery, who they can connect with to find out they’re not alone.”

Throughout the state, the places people would normally go for social stimulus — restaurants, gyms, libraries, live shows — have all temporarily shuttered or limited their services in order to comply with social distance mandates aimed at slowing the spread of coronavirus.

For people struggling with addiction or other mental health issues, the enforced isolation has been particularly difficult.

Read on: How a tight-knit community’s brush with coronavirus hit home for a Seattle reporter

Many support groups and networks have canceled in-person meetings and pivoted to online communication. Some groups have started conversations through Facebook groups or through video conferencing sites. That's what Shelffo's group did instead of meeting in person at LGBTQ service provider Peer Seattle headquarters, where the group used to congregate. Peer Seattle recently joined many other organizations in closing for the time being.

“It’s a lot of stress and anxiety for people,” said Joshua Wallace, executive director of Peer Seattle. His organization has moved quickly, encouraging online meetings and continuing services wherever possible.

Human beings are social creatures, and isolation can have a variety of impacts, including increased risk of depression, stress, a weakened immune system and cardiac health issues.

Jonathan Kanter, director of the University of Washington’s Center for the Science of Social Connection, said an ongoing survey that started March 14 is monitoring how people in King County feel about their isolation under coronavirus. So far, it has found that people are adapting, despite general anxieties.

“Right now, we collectively have the sense that we’re in this together,” he said. The first week of data showed that while anxieties persist, their intrusiveness has diminished and people are adapting rather than simply being overwhelmed.

Feeling connected is important, Kanter said. Still, he wonders what people might feel in the weeks to come and is particularly concerned about those who are stressed after losing income, struggling with school closures, living alone or without access to technology — basically, everyone who’s most likely to feel lonely and isolated in the long term.

“Social support tends to be one of the best predictors of recovery and the ability to cope with mental illness,” said Adam Kuczynski, a graduate student with UW’s Center for the Science of Social Connection and a facilitator of the study.

John D., a member of and volunteer with Seattle Alcoholics Anonymous, said video conferences have been particularly helpful since in-person gatherings were halted. He was unsure about what the experience of an online meeting would be like before joining his first one this week, but he was pleasantly surprised.

“We’re being forced to adapt as quickly as we can,” he said, adding that he’s concerned about new members. “I’ve been sober for a while now, and I’m connected to people I’ve met in the program … but I’m worried about the people just coming in that don’t have those connections.”

For him, staying in community is important so that people don’t feel like they “have to do this alone.” Seattle AA, like other support groups, has continued to update its website, pointing toward online resources.

Kanter said video chatting is one of the best options available to people hoping to break through the isolation that can come with social distancing. Studies show that video chatting, the closest thing to face-to-face conversation, is best for staying connected. Kanter added that he already used this technology with patients before the pandemic and found it enormously useful for people who couldn’t meet in person.

But online services aren’t available to everyone, either because they don’t own a computer or capable mobile phone, or can’t afford to sign up for a video conferencing program, said Lauren Simonds, executive director of the National Alliance on Mental Illness Washington. Her organization has provided Zoom online conferencing licenses to its Washington affiliates, but that doesn’t take care of people without internet access.

“Our cities and our counties might have to consider how to help those in our community who don’t have that access,” she said.

It’s certain that there’s still much to configure as communities grapple with isolation, and Kanter said that feeling stress about the situation is OK. It’s important to validate those feelings.

“Most of us are feeling some stew of stress, anxiety, overwhelm, uncertainty, and feeling this is normal,” he said. “It’s what human bodies do in situations like this. The concern is how we cope with these feelings.”

Rather than isolating further, lashing out or depending on substances like alcohol to cope, Kanter and Kuczynski said, staying in community with others through whatever means available is necessary as communities continue to adapt. In some ways, people should follow the example people in support groups have set even before this pandemic and practice intentional openness with one another, Kanter said.

“If we are feeling more vulnerable or more in distress, we can reach out to other people and let them know,” he said. “And if you’re feeling OK but worried about others, really proactively reach out to people right now and check in.”

Shelffo said doing that requires getting creative. On Tuesday night, he hosted Strength Over Speed’s first online meeting. While members said they preferred in-person conversation, Shelffo said it went much smoother than expected — communication flowed more easily than he’d imagined and some shared that they felt better afterward.

While current circumstances can be frightening, Shelffo said he’s turned to the history of his community when seeking inspiration for solutions and for strength.

“I come from a community of people that made it through the AIDS crisis,” he said. “We got creative when people got shuttered inside their homes. We found ways to communicate and support each other, and I’m sure that we’ll continue to find ways to do that now.”