Mid-pandemic, we gathered ideas to help save Washington

From helping child care workers to taxing wealth, Crosscut contributors made their case for softening the blow of the pandemic's economic consequences. 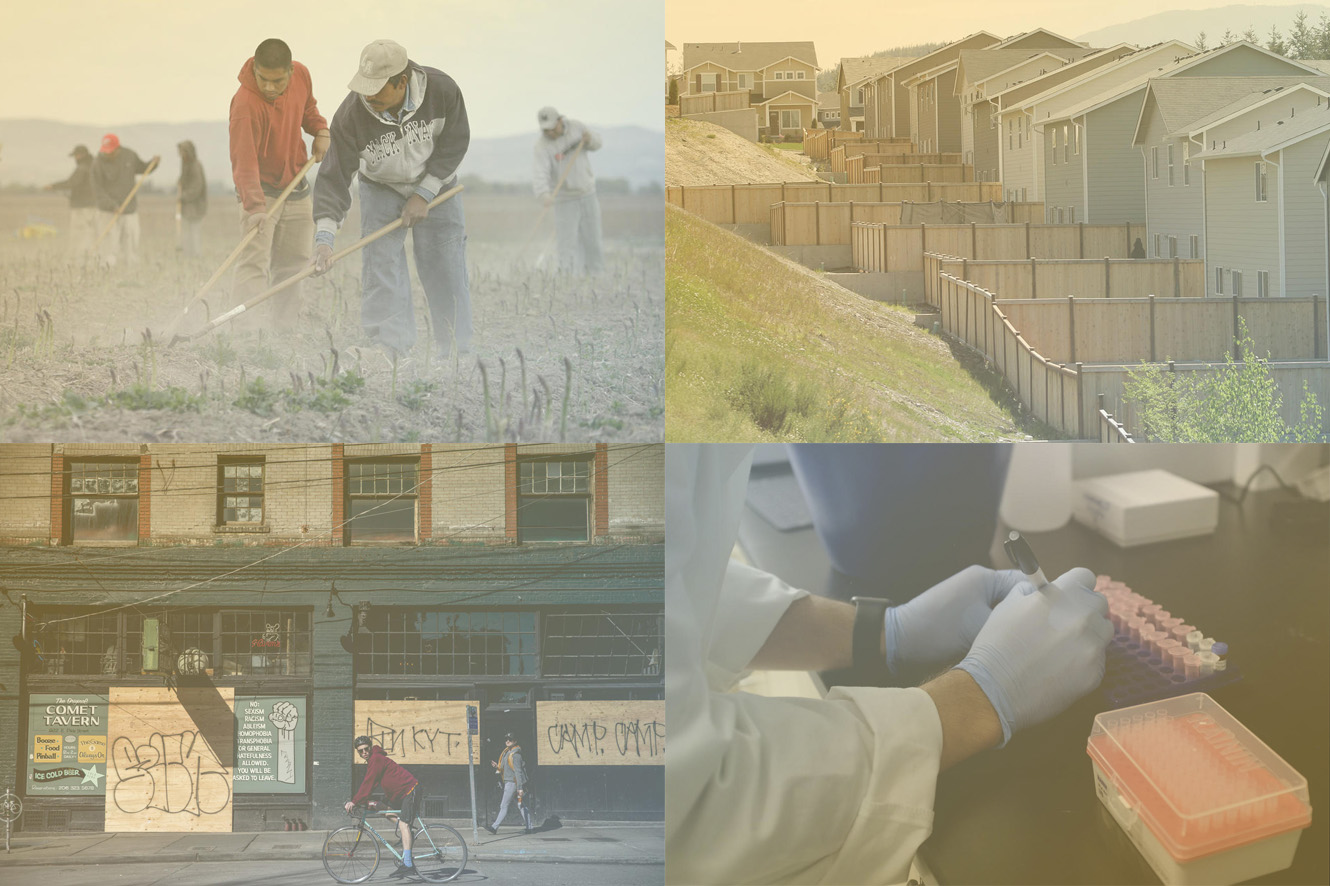 The consequences of the coronavirus pandemic for the economy will be severe. Already, the contours of a global crisis are surfacing in nearly every community on the planet. Washington state is strenuously trying to flatten its infection curve, while the Employment Security Department is facing a tsunami of unemployment claims. If the dire trends continue apace, as many as 1 million Washington workers could be out of a job.

All that’s to say: It’s a scary and uncertain time, and many readers are desperate to know how we’ll get out of this mess. Crosscut’s opinion section exists to convene debate and curate arguments on the issues that matter most to Washingtonians. So last month, when it became clear that we were headed for an economic cliff, we asked community leaders for their early thoughts to start a conversation about the topic that will dominate our lives in the coming months. The ideas flooded in.

To queue up the discussion, we ran an op-ed by former King County Executive Ron Sims, who warned of our lack of preparation for a pandemic as far back as 2005. In his piece, Sims urged the state Legislature, as well as city and county governments, to do whatever it takes to stop the spread of “the economic contagion.” Then, in a series of 300-word articles, activists, academics and past politicians offered a host of policy ideas to mitigate the downturn. Some argued for immediate cash relief for renters and landlords, child care workers and social workers assisting Seattle’s most vulnerable. Others sought structural change. A former mayor argued for a wealth tax, while an economist at the University of Washington made a case to repeal a law preventing the state from taking on debt. And one contributor, in a nod to Franklin D. Roosevelt’s Works Progress Administration, argued for a major investment in light rail as a way to get Washingtonians back to work.

None of these policies is a panacea, and there remains a tremendous amount of uncertainty. What we know for sure is that as the pandemic abates, the full extent of the economic crisis will begin to take shape here in Washington and across the region. In the meantime, Crosscut’s opinion section will continue providing ideas and analysis from the community’s most trusted voices. If you have thoughts you would like to share, please get in touch. Thank you for reading.

This story was first published in Crosscut's Weekly newsletter. Want to hear more from editors like Mason Bryan? Sign up for the newsletter, below.