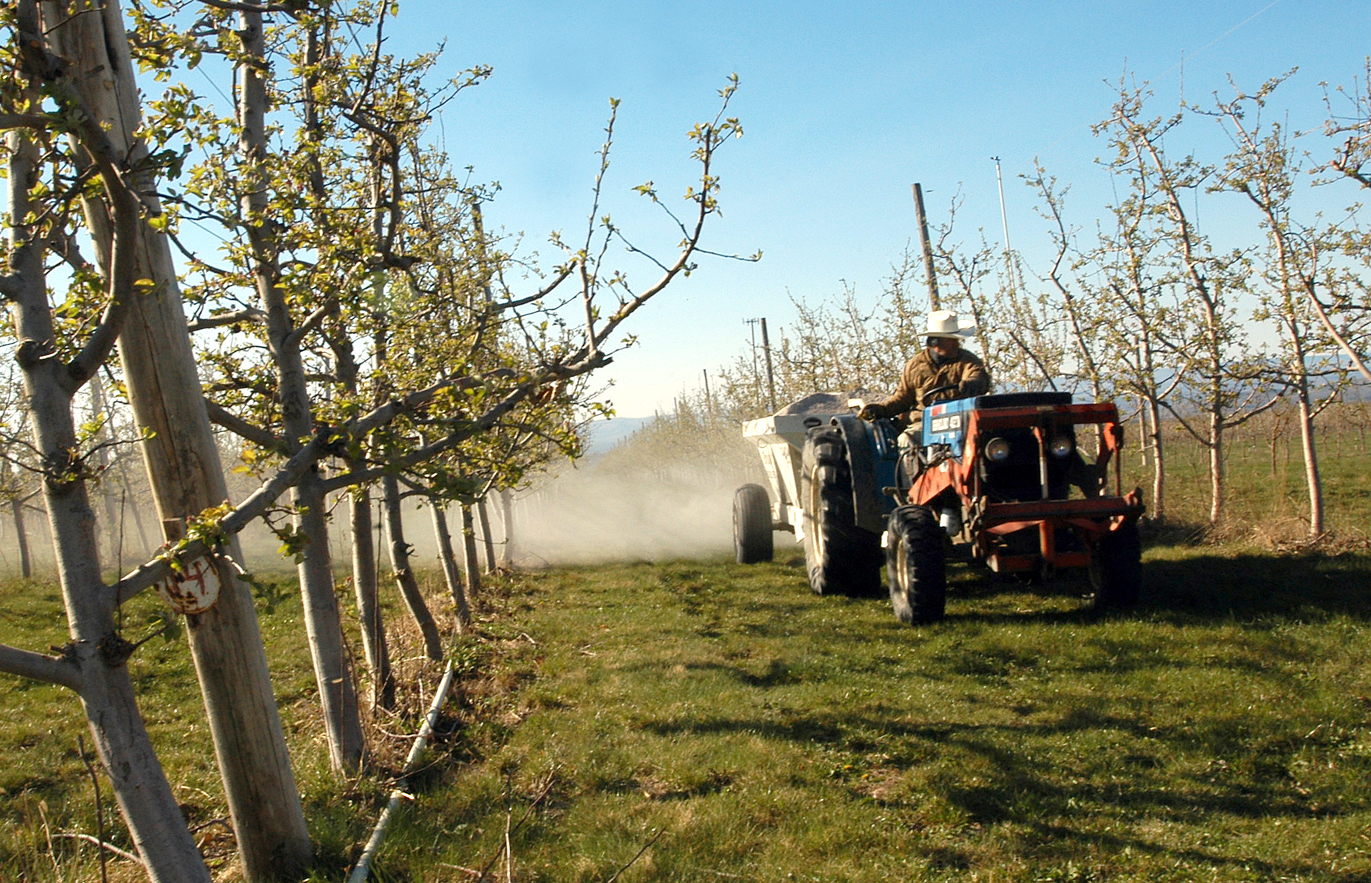 Farm workers are among those in Washington who have suffered during the pandemic but do not have access to federal aid because of their immigration status. A new state fund is about to provide some cash assistance to those who are not eligible for other programs. (E.B. McGovern/AP)

Undocumented workers who lost income because of the coronavirus pandemic, but were passed over for federal assistance, will finally be getting some help in Washington state, thanks to a new $40 million relief fund.

Gov. Jay Inlsee is setting up the new financial assistance program with cooperation from a broad coalition of immigrant rights organizations, including OneAmerica, the Washington Immigrant Solidarity Network and the Washington Dream Coalition.

“We contribute to a system that we are not benefiting from. We deserve support. We are also on the front lines of this pandemic,” said Maria, an immigrant-rights leader and undocumented housekeeper from the Tri-Cities who asked that only her first name be used.

To qualify for the assistance, undocumented workers must have lost income because of the pandemic and not have access to federal assistance, such as extra unemployment insurance or stimulus checks.

The fund aims to help immigrants like 54-year-old Maria, who lives in Pasco with her husband, a tractor driver. The couple are months behind on rent after they both fell ill with COVID-19. Maria, who earns $13.50 an hour cleaning rooms at a local hotel, tested positive for the virus in July, after already being out of work for several months because her previous employer at a different hotel no longer had enough work for her. Maria suspects she contracted the virus from co-workers.

“My boss chose profit over our health and allowed workers who were COVID-19 positive to come back to work, which exposed us all, and I contracted the virus,” she said in a press release from advocates of the fund.

She worries about the coming winter when there will be less work for her husband out in the field. He has diabetes, high cholesterol and high blood pressure and was hit harder by the virus, she said in a recent interview in Spanish.

Underlying her worries is how Latinx people have been disproportionately impacted by the virus. In Washington state, where they make up 13% of the overall population, they constitute 43% of those diagnosed with COVID-19.

“We have to ensure that no one in our state is left behind as we fight this pandemic,” Inslee said in a statement announcing the fund. “COVID-19 doesn’t care what your immigration status is. We must support every family affected by the virus, especially those who lack the necessary means to quarantine or isolate and prevent further spread.”

Unlike others, undocumented immigrants are not eligible for unemployment compensation. Immigrants without work permits also did not receive the direct cash payments — up to $1,200 — that the federal government distributed to individuals at the beginning of the pandemic as part of the $2 trillion COVID-19 relief package — even if they paid federal income taxes and their spouses or children are U.S citizens. The economic woes of low-income immigrants are often compounded by a lack of savings and health insurance.

Nationwide, there are approximately 10.5 million to 12 million undocumented immigrants living in the U.S., according to the Brookings Institution, with 250,000 in Washington state alone.

Paúl Quiñonez Figueroa, an organizer with the Washington Dream Coalition, a youth-led organization pushing for immigrant rights, said he and other organizers hope the new fund will be evenly distributed across the state. Quiñonez, 25, said leaders have discussed handing out the $40 million as one-time payments of up to $1,000 for individuals. The distribution will be handled by an outside foundation or nonprofit organization. Applications for the money are expected to open in the fall.

Quiñonez, together with other members of the Washington Dream Coalition, also have established their own grassroots emergency fund to help undocumented immigrants during the pandemic. The fund was founded in partnership with Scholarship Junkies, Northwest Immigrant Rights Project and the Washington Immigrant Solidarity Network, among others. The organizers of that effort have raised approximately $6 million so far.

Quiñonez said that although the initial applicants were mostly Latinx people, word about the relief fund now reached other immigrant communities in the region.

Months ago, Washington state’s Department of Social and Health Services also offered an emergency cash assistance program to help meet the immediate needs of certain individuals and families, regardless of citizenship status. The maximum amount any one person can receive is $363.

Immigration advocates say they know the $40 million in aid the state plans to offer will run out quickly, and they want the governor and the Legislature to create a permanent unemployment assistance program for undocumented workers. According to the Pew Research Center, the unemployment rate for Latinos increased from 4.8% in February to a peak of 18.5% in April before dropping to 14.5% in June.

In creating the $40 million fund, Washington state is following California’s lead. In April, the state’s governor, Gavin Newsom, announced an unprecedented $125 million in aid for undocumented workers impacted by the pandemic.

Local leaders across the country have also offered their own forms of relief. The mayor of Minneapolis established a $5 million fund for anyone impacted by COVID-19 and making 30% or less than the area median income, regardless of immigration status. The money is distributed directly to landlords and utility companies.

In the Seattle area, United Way of King County, in partnership with King County, the city of Seattle and the Seattle Foundation, announced in April a $5 million fund for rental assistance for households that have lost all or part of their income due to the pandemic. In order to qualify, individuals, including undocumented immigrants, must make below 50% of the area median income.

Mayor Jenny Durkan also made money available for small business owners, requiring only a taxpayer identification number to apply. In April, the city announced the recipients of the $10,000 business grants. Nearly 80% of the 250 receiving grants identify as small business owners of color, Durkan's office said in a press release. In June, 143 additional business owners were awarded grants and nearly 75% identified as people of color.

Mike Faulk, deputy director of communications for Inslee, said Washington state’s moratorium on evictions applies to everyone who can’t pay their rent on time, regardless of immigration status. That moratorium was recently extended and will remain in effect until Oct. 15.

State Sen. Rebecca Saldaña, D-Seattle, said she supports the new fund, but added that it was a challenge to come up with the money outside of a legislative session. Saldaña said although she knows $40 million isn’t enough to help everyone in need, she’s satisfied with the initial assistance the governor has offered. She hopes local leaders can reach out to the philanthropic sector for additional funds and that the federal government might offer another round of assistance for states.

In addition to creating the fund, Saldaña said the state needs to keep a close eye on Eastern Washington and the ways in which agriculture workers are being treated in the midst of the pandemic.

“The least we can do is create this worker relief fund, but it’s not the last thing we should do,” Saldaña said.

This story was updated to correct Paúl Quiñonez Figueroa's role as an organizer at the Washington Dream Coalition.