Symptoms and struggles persist for WA couple, 10 months after COVID

As one of the earliest infections in the country, the Malpass family still faces the unknown impacts of the coronavirus. 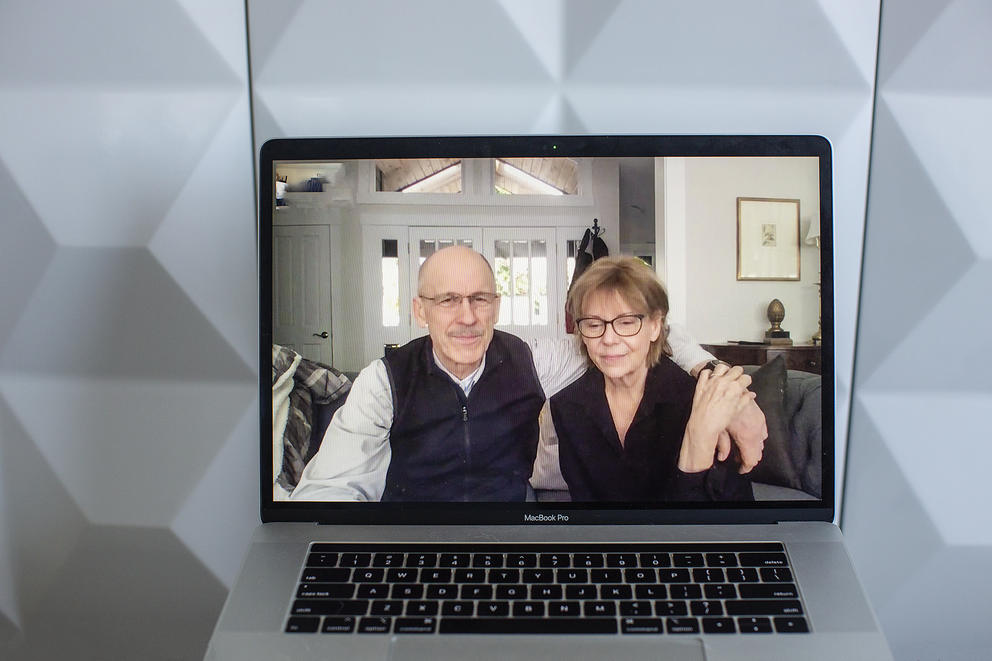 When Marnie Malpass was hospitalized for COVID-19 last March, she started having hallucinations while confined in her negative pressure room. In her head, she could manipulate the constant roar of fans — there to clear the room of the virus — as if she were changing the dial on a radio, turning to the station of her choosing, listening to her favorite songs.

Now, nearly 10 months later, long after she tested negative for the virus, the sound of a hair dryer or a vacuum cleaner sends Marnie back to that room. Even as she struggles to remember large portions of her hospitalization through the haze of her illness, something about the dull hum sets her to adjusting the dials in her head.

“There's something in my head that isn't quite fixed,” she said.

The reflex is just one ripple of many for Marnie and her husband, Tom Malpass, who were confirmed as COVID cases No. 1 and 2 in Kitsap County, back when protocols for care and testing were changing by the hour. While Tom hardly ever showed symptoms, Marnie is still recovering today. She has scarring in her lungs that could be permanent. Her voice has dropped and rasps when she speaks. Her coughing has only just subsided. She still tires easily, although her stamina seems to be improving modestly.

There’s also the PTSD — not clinically diagnosed, but which Marnie is sure she’s experiencing. In the grocery store recently, the crowd of people seemed to close in around her and she felt as though she couldn’t catch her breath. But her oxygen levels tested normal at home and she suspects it was psychological.

For Tom, the previous months have been less about his own recovery (although he was recently hospitalized after getting into a bicycle accident) and more about bearing witness to his wife’s. At times, Marnie has been too ill to feel scared, even when doctors considered intubation. But not Tom, who was quarantined with Marnie in the hospital room. What she has forgotten, he remembers quite clearly.

“I remember everything about that room,” he said.

The trajectory of the Malpass couple over 2020 in many ways reflects the public’s own evolving understanding of the novel coronavirus. Their infection last spring was an early indicator of how differently the coronavirus could affect people. That Marnie could fall so ill and Tom stay so healthy was a reality still not totally acknowledged at the time, even by the World Health Organization.

Now their story, and Marnie’s specifically, is one of the lasting repercussions of COVID-19, still not fully understood by the public. That Marnie struggles today — to go for a walk down the beach, for example — shows the limits of viewing COVID’s impact only in the number of deaths. Doctors and scientists are still working to parse what COVID-19 may do to its survivors’ hearts, lungs and brains, an uncertainty that Marnie lives every day. 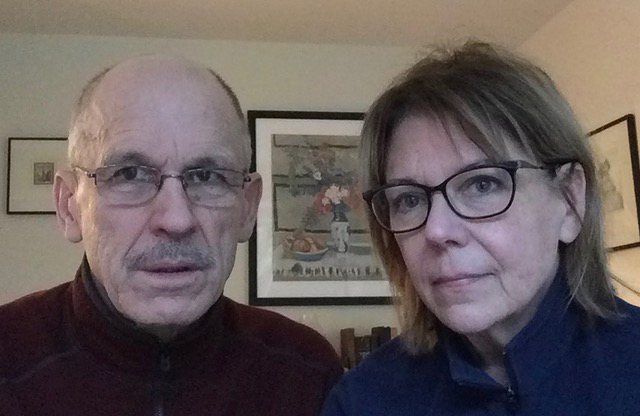 “I thought that I would completely recover,” she said. “I mean, it never occurred to me that I would have permanent lung damage. But I was kind of in la la land.”

Marnie’s sickness began on Feb. 23. She thought it was a chest cold at first, but she continued to spiral downward. She was so tired; she struggled even to brush her teeth.

The pandemic was in its early days then and testing protocols were still restrictive. Despite a rocketing fever and a plummeting oxygen level, it would take multiple trips to the hospital and nearly two weeks from when Marnie first felt sick before she and Tom could secure a test. Both came back positive.

Marnie’s treatment was scattershot. She was initially offered remdesivir, but by the time she said she would take it, its use had been restricted to patients who had been intubated. Meanwhile, she did not receive dexamethasone, the cheap and easy treatment given to President Donald Trump that doctors have since endorsed.

Public mask usage was still limited — in part on advice from top doctors, like Anthony Fauci, to preserve supplies — and hospital staff seemed to be changing procedures every day. Medical professionals widely acknowledge that their treatment has advanced in the months since. Small steps, such as “proning” — flipping someone onto their stomach — have improved outcomes.

But that all came too late for Marnie.

The couple try not to dwell on whether Marnie’s recovery was slower and more precarious because of the timing of her infection. But their minds wander there sometimes.

“Maybe even just a little dexamethasone would have made a difference,” said Tom, a retired physician.

“But, for some reason, I got picked to be in the beginning,” continued Marnie. “I think about that every now and then and, you know, poor me.”

“You aren’t doing that poor me very much,” said Tom.

Since their story went public, the Malpasses have reconnected with people they haven’t talked with for years. They also sometimes receive looks of recognition from people in the community. Tom was returning a weed eater he’d rented and advised the man at the desk to clean it thoroughly. The man nodded and said, “I know who you are.”

Back in March, Tom talked about “using” his immunity to volunteer as a physician. But today, neither assumes they couldn’t catch COVID again or somehow pass it on to others. They act as if they are not immune — wearing masks, social distancing — and, when offered, both will accept a vaccine.

Looking forward, the two disagree on when things might feel normal again. Tom is optimistic about the spring; Marnie assumes much later. But where they do agree is that 2020 has been unkind.

“We just want to put 2020 in the rear view mirror and drive the hell out of this nightmare,” said Tom.

Correction, Dec. 30: A previous version of this article stated that Marnie Malpass received remdesivir as treatment. In fact, while she was initially offered remdesivir, by the time she agreed, its use had been restricted to patients on a ventilator.