Williams, who founded, published and edited The Black Lens, left an immeasurable imprint on Black media in Washington. 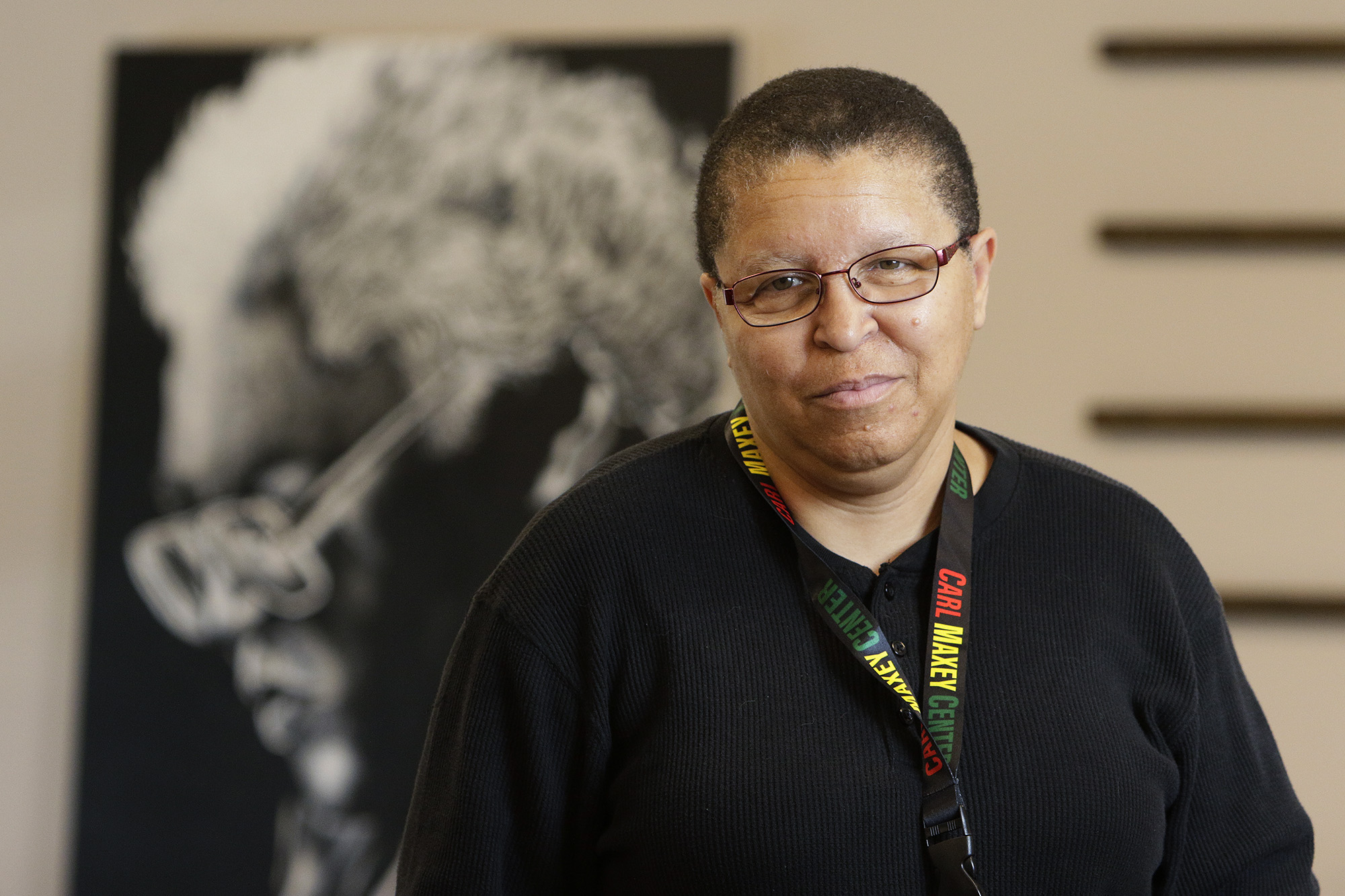 Beloved Spokane activist Sandy Williams wore many hats in her community, including her role as a leader in Eastern Washington’s Black media landscape.

“She was very monumental,” said Lisa Gardner, director of communications and community engagement for the Spokane City Council. “She was kind of like our community godmother.”

Williams, who founded The Black Lens newspaper and the Carl Maxey Center, was a champion of causes that affect Spokane’s marginalized communities, particularly Black residents. She and her partner Patricia Hicks, a retired teacher, were among 10 people killed in a floatplane crash off Whidbey Island on September 4. The news of Williams’ death stunned people across the state, many of whom took to Twitter to recall her impact as a prominent advocate in Spokane.

Her activism ranged from her work as executive director of the Carl Maxey Center, a nonprofit supporting Black Spokanites, to The Black Lens, a monthly newspaper she started publishing in 2015 that focused on news, events and other information relevant to the region’s Black communities. “We didn’t have our own Black media,” Gardner said of growing up in the city. “We had national news.”

The paper, where Williams served as publisher and editor, played a critical role in Washington. Most media outlets in the state that specifically serve Black Washingtonians are located in King County, according to the Black Media Map, which tracks these outlets nationwide. The Black Lens was an exception, sitting on the opposite side of the state in Eastern Washington. Williams’ death leaves the future of the paper unclear, though her many supporters, including fellow journalists, are hopeful her legacy in shaping the region’s Black media landscape will live on.

“Her legacy is one that shined a beacon of hope and truth and light on communities that needed to be seen. And needed to be heard,” said Marcus Green, a columnist for The Seattle Times and founder of the South Seattle Emerald.

Black reporters carve out a space in Washington

The Black Lens joined the ranks of several news outlets established by and for Black Washingtonians throughout state history.

In the 19th century, Horace Cayton Sr., who was once enslaved, founded the Seattle Republican, often regarded as the city’s first successful Black newspaper. Running from 1894 to 1913, it paved the way for similar outlets in the Pacific Northwest’s Black journalism industry — including The Facts, The Seattle Medium and The Skanner, which began circulating in Portland in 1975 and Seattle in 1990.

“We came to [the] realization that we have to have a voice,” said Bernie Foster, co-founder and publisher of The Skanner. “We have to tell our own story in our own way.”

Indeed, Williams’ newspaper may have filled a void for Black residents in Spokane, who accounted for 2.4% of the city’s population — nearly 5,500 people – in 2021, according to the U.S. Census. Black Americans are more likely than white or Hispanic Americans to follow local news very closely (and typically favor getting this news from TV), according to the Pew Research Center, which also found that Black newspapers in the U.S. tend to be small, community-oriented outlets.

Black media is also more likely than mainstream news outlets to cover issues relevant to Black communities, such as voting access and health disparities, reported the Black Media Initiative at the City University of New York in its analysis of 97 Black-owned U.S. news outlets from March 2020 to May 2021.

“The people who control your narrative in a sense control your history. And also impact your future,” said Omari Salisbury, the co-founder of Converge Media, which produces several shows centered around news and other content for Black communities in the Pacific Northwest.

This, he said, is what makes The Black Lens and Black media so important.

What The Black Lens means to Spokane and beyond

The Black Lens is based in Spokane, but people in the Tri-Cities and across the border in Idaho read the paper, too, said Gardner of the city council staff.

Gardner is from Spokane and, after spending time away, returned in 2020 to begin her role with the city. When she came back, Williams wanted to interview her. “Being a Black woman in Spokane, and especially a Black professional in city council… It was really important that she amplified that,” Gardner said. “It was kind of like this welcome back to Spokane.”

Gardner also got a chance to be on the other side of The Black Lens after she revealed to Williams that she had sickle cell disease, which disproportionately impacts Black Americans. Williams then invited her to write an article about her experience living with the disorder.

Through The Black Lens, Gardner said, Williams kept readers aware not only of happenings in Spokane but also regional, national and international events. Anything relevant to Black communities would be in the paper, she said.

“I don’t care if it was a chicken church dinner,” Gardner said, laughing. “Sandy would put it in The Black Lens.”

The perspective Williams offered through her publication fueled Rob Curley’s decision to reach out to her in 2020, as protests erupted following George Floyd’s murder in Minneapolis. “I said, ‘I want to do this right,’” said Curley, executive editor of The Spokesman-Review. “We began running The Black Lens right after that.”

Curley’s team republished coverage from The Black Lens and partnered with Williams’ paper to work with a racial-equity reporter. As their relationship evolved, Curley picked up on the characteristics that made Williams stand out, like her love of hand-delivering her papers. “Her joy is seeing someone experience her journalism,” he said.

The future of The Black Lens

In the wake of Williams’ death, some may fear for The Black Lens’ future, which Curley said Williams ran alone.

Curley stressed during Williams’ September 13 memorial service that The Black Lens would not die. For the time being, he will do what he can to help steward the publication’s survival, but doesn’t expect that to be a long-term arrangement. “I can’t be the editor, because I don’t have the right perspective,” he told Crosscut.

The Black Lens was already on pause when Williams died, according to the paper’s website, which indicated the hiatus would run through January 2023. Curley said Williams did this to turn her attention to the Carl Maxey Center, which opened this year and offers services like rental assistance and support for Black businesses.

Duaa-Rahemaah Williams, who contributed to The Black Lens in recent years, is confident there are enough writers to sustain the publication even though its editor is gone. “They can’t bring it like she did, because everybody’s lens is different,” she said. “But I believe that we can keep the paper going… There’s too many people who wrote in it, to not keep it going.”

Through The Black Lens, Williams bridged a gap in a part of the state where Black media is relatively scarce. Gardner hopes that gap continues to narrow. “There are Black people out here,” she said of Central and Eastern Washington. “And so we need more Black news, too.”