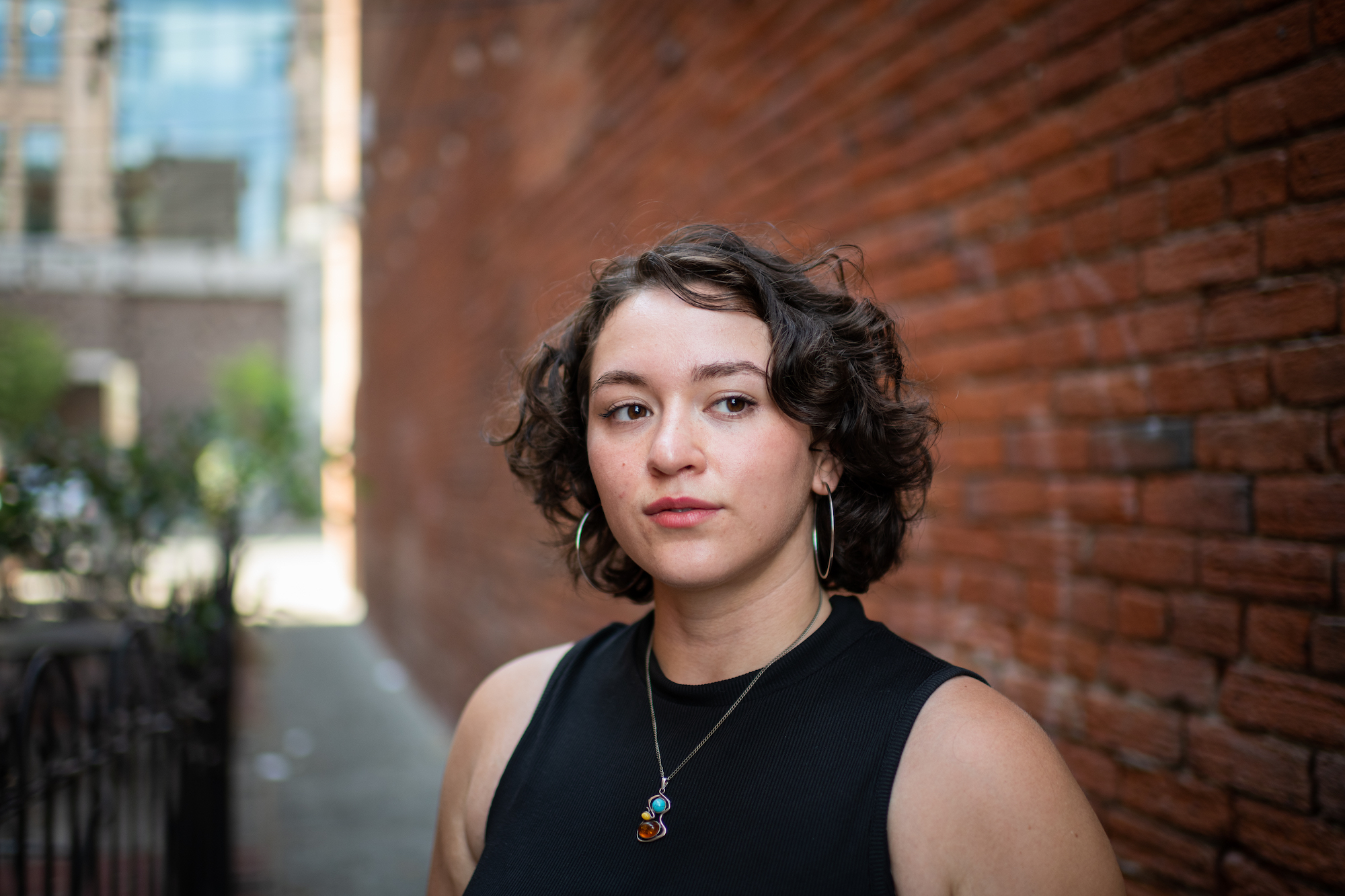 Moriah Hughes is suing Jehovah’s Witnesses for failing to protect her from Elihu Rodriguez, who pleaded guilty to felony child rape in 2019 and was ordered to serve five years in prison. Hughes had met him at the South Spanish Congregation in Milton, Washington. (Erick Doxey/InvestigateWest)

Nearly 20 years ago, in the aftermath of the Catholic sexual abuse scandal, former Washington state Rep. Mary Lou Dickerson wanted to make sure child sexual abuse could not be hidden so easily by church leaders.

In Washington, clergy — unlike teachers, physicians and law enforcement — were not listed as mandatory reporters of child abuse or neglect. Dickerson, D-Seattle, introduced a bill that would have changed that.

“I really wanted to have a law that was as strong as possible that would require clergy to report abuse,” Dickerson tells InvestigateWest today. “And I was concerned about children.”

But each attempt failed. The closest any version came was in 2005, when a bill that would have compelled clergy to report sexual abuse passed the state House unanimously. However, a watered-down version still couldn’t make it out of a state Senate committee.

No similar bill has been proposed since. And Washington to this day, still has one of the nation’s weakest mandatory-reporter laws as it applies to clergy.

Without a law listing clergy as mandatory reporters, church leaders can hide sexual abuse from authorities and allow predators to continue to abuse children. Examples have occurred all over the country involving a variety of religions. Last month, InvestigateWest examined multiple lawsuits claiming that Jehovah’s Witnesses elders in Washington knew of sexual abuse allegations but did not alert law enforcement, resulting in more children being abused.

If elders had been required by law to report to authorities, other children may not have been abused, said Steven Reich, an attorney with Seattle-based Pfau Cochran Vertetis Amala Attorneys at Law representing victims in multiple Washington cases.

“If the priority we place is on the protection of children, then I think clergy should be mandatory reporters,” Reich said.

Each state has its own requirements dictating who must report suspected child abuse or neglect to authorities. Forty-three states list clergy as mandatory reporters, either explicitly or under a broader definition, according to a federal agency that tracked the state laws in 2019. But of those, 31 have what’s called clergy-penitent privilege, a loophole that exempts clergy from the requirement if the information was learned from someone seeking spiritual advice or during confession.

Washington’s law is unique in a few ways. It’s one of the seven states that does not list clergy as mandatory reporters of child abuse or neglect at all. And of those seven, only Washington and Alaska also protect clergy-penitent privilege. That means clergy in Washington have no obligation to make a report when they suspect child abuse or neglect, and they are exempt from being examined in court for any confession made in confidence.

Washington does specify that clergy may elect to report child abuse or neglect without fear that they will be sued for divulging information said in confidence. But lawmakers and child advocates argue that if it’s left up to choice, too many church leaders will opt to hide allegations of sexual abuse. Jehovah’s Witnesses elders, for example, are instructed to call headquarters in New York first when they are told of sexual abuse involving a member at the church. Headquarters will instruct them to call law enforcement if law explicitly compels them to report it.

In Montana, a woman who accused the Jehovah’s Witnesses national organization of ordering clergy not to report her abuse to authorities was awarded a $35 million judgment in 2018. But the state Supreme Court reversed that judgment because, though clergy are mandatory reporters of child abuse, the state law contains the clergy-penitent loophole.

“If an abuser admits that he touched a child, this is considered confidential by church elders and they use every possible avenue to keep that confidential and not report it to law enforcement,” said Mark O’Donnell, a former Jehovah’s Witness who now acts as a consultant in sexual abuse cases against the church.

Other religious organizations have directed church leaders to hide sexual abuse allegations, too. In Arizona, as the Associated Press detailed in August, Mormon church lawyer and Utah Republican Rep. Merrill Nelson told a Mormon bishop that Arizona state law required the bishop to keep abuse allegations confidential. That wasn’t the case — Arizona, like Montana, lists clergy as mandatory reporters, though it also has the clergy-penitent loophole. Without the allegations being reported to authorities, the alleged rapist continued the abuse of his kids for years after.

In the recent lawsuits against Jehovah’s Witnesses in Washington, elders were alleged to have been told of abuse in some cases by parents, not through confession or other privileged communication. The elders may have been required to report if they were listed in state law as mandatory reporters since the clergy-penitent privilege would not have applied.

Reich said there’s “no reason” clergy shouldn’t be required to report in those instances.

“I think that could have had an effect in stopping abuse earlier,” Reich said.

A handful of states have successfully closed the clergy-penitent loophole. But some 130 proposed bills amending mandatory reporter laws in other states failed in recent decades, the AP reported in September, finding that the Roman Catholic Church, the Mormon church and Jehovah’s Witnesses had lobbied against the bills.

Washington lawmakers, including Dickerson and former state Sen. Jeanne Kohl-Welles, proposed five bills from 2003 to 2005 that would have strengthened requirements for clergy to report suspected child abuse, according to a historical search by Washington Senate Democrats. The first, proposed by Kohl-Welles in 2003, would not have removed the clergy-penitent loophole, but would have added clergy as mandatory reporters. A similar bill introduced by Dickerson in the House passed with a 62-35 vote but couldn’t get out of the Senate.

The next year, Rep. Marc Boldt, R-Vancouver, proposed a bill that would have required clergy to report when there’s reasonable cause established. It failed to get out of the House. The final bill, proposed by Dickerson in 2005, would have required employees of nonprofits to report when they have reasonable cause, while still maintaining clergy-penitent privilege. The House passed it unanimously — at a time when stories about sexual abuse by Catholic clergy were all over the news — but it couldn’t get out of the Senate.

While the bills at times had bipartisan support, Dickerson remembers some Republicans feared that a new law would deter open communication with clergy in churches.

“That was primarily their concern,” Dickerson said. “And some of them just didn’t like the state being involved.”

In an email Kohl-Welles, now a King County Council member, said her bills encountered opposition “on the grounds that for many faiths, clergy have a therapeutic relationship with their congregation.” Removing that confidentiality would have damaged that trust.

“In Catholicism, confession is an important piece of their religion,” Kohl-Welles said. “That opposition was enough to mean that these bills didn’t have the support to make it through.”

Other religions may not see it the same way. Ladd Bjorneby, a longtime Lutheran pastor in Washington, tells InvestigateWest that while it’s a sensitive issue, he would tend to err on the side of reporting to authorities rather than handling it internally. His perspective, however, is partly shaped by the fact that the denomination is the owner of Lutheran Community Services Northwest, a nonprofit providing victim advocacy for survivors of sexual abuse.

“We’re the owner of an agency where social workers do all of this work, and we tend to trust them,” Bjorneby said.

That’s often not true of other religious organizations.

“They want to trust their own systems, which ends up being scary because many of them are not prepared for the stuff that we see,” Bjorneby said.

Today, Washington State Senate Majority leader Andy Billig, D-Spokane, tells InvestigateWest that he would have to see the details of any bill before knowing if he’d vote for it.

“But I generally support a requirement for clergy to be mandatory abuse reporters,” Billig said.

Dickerson hopes legislators will pay attention to the recent coverage of Jehovah’s Witnesses and work to strengthen the state’s mandatory reporter law.

“I think it should be addressed now,” Dickerson said. “It should have been addressed in 2005.”

This story was produced for InvestigateWest on Oct. 21, 2022. InvestigateWest is an independent news nonprofit dedicated to investigative journalism in the Pacific Northwest. Visit invw.org/newsletters to sign up for weekly updates. 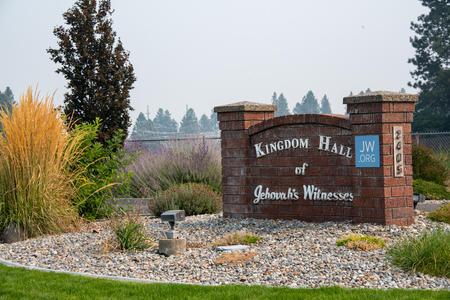 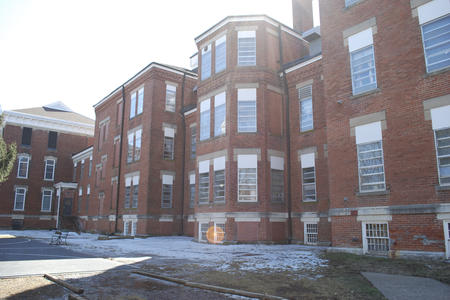 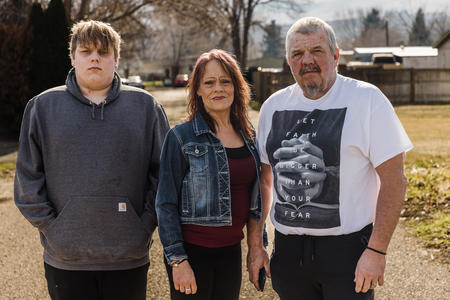