The Seattle I thought I knew

The Seattle I grew up in was far from perfect, but its recent reaction to the head tax has shaken me to the core. 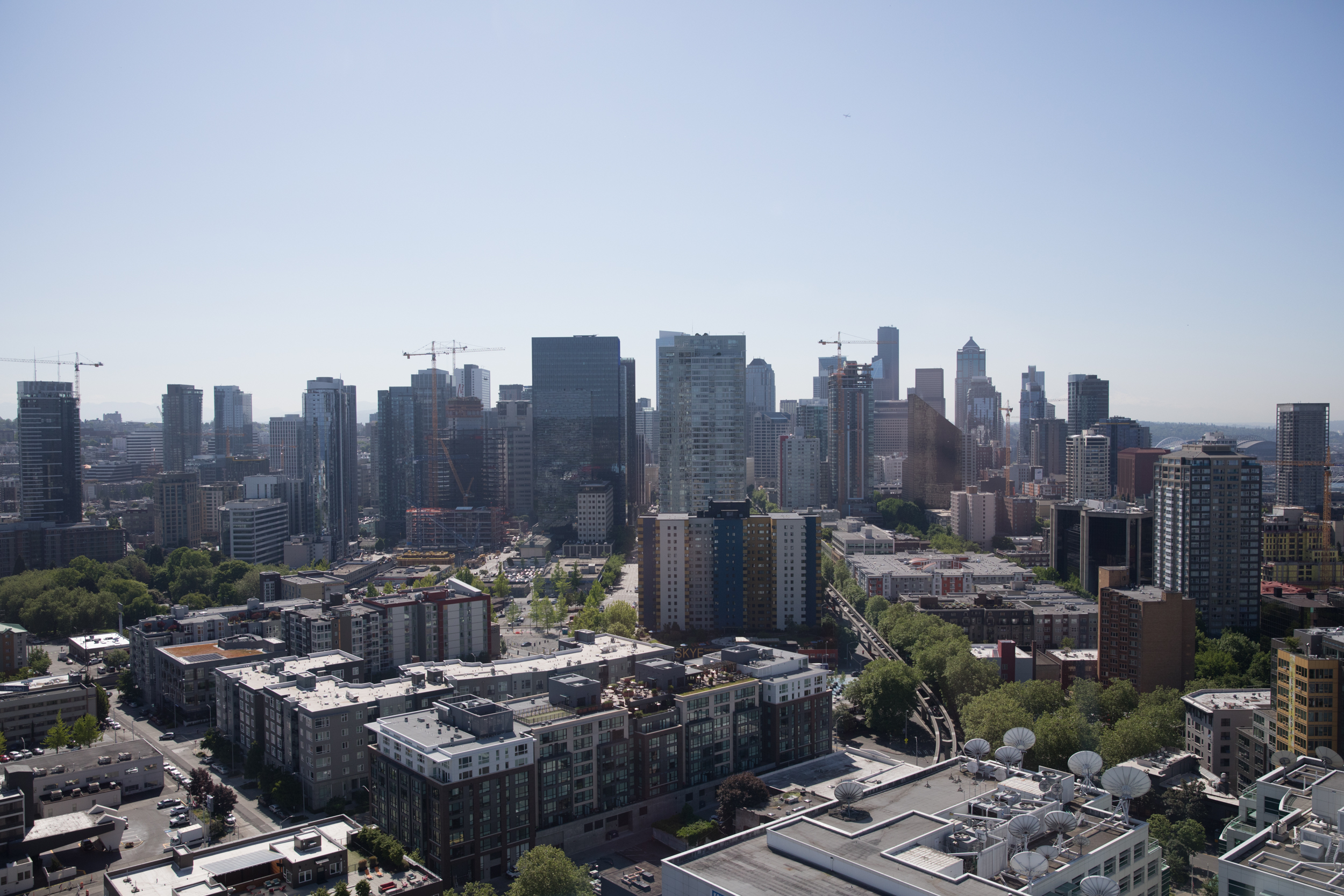 View of Seattle from the service elevator in the Space Needle in Seattle, May 22, 2018. (Photo by Matt M. McKnight/Crosscut)

Three years ago, my wife and I moved back to Seattle to be closer to family before having our first child, which we did two months ago (she is wonderful). We had heard about the staggering changes that had brought fortune to some and famine to many others, but we were encouraged by the multiplicity of left-wing voices that sought to transfer the balance of economic and political power from the rich and prosperous to those who had less.

My wife quickly found a job at a nonprofit that serves people recovering from homelessness; she now works for a city department combatting institutional racism. After stints of service work, I was more recently hired at a nonprofit that advocates for the rights of low-wage workers. While we have been fortunate to find jobs that gratify us and blessed with a strong support network of family and friends, our return has been bittersweet.

The restaurants that we grew up in either as customers or workers (the Continental in the U-District, Piecora’s and the B&O on Capitol Hill) are gone. Our favorite movie theaters (Harvard Exit, Seven Gables, Guild 45th) have closed. Houses in our old neighborhoods regularly sell for ten times what our parents paid.

Still, these are changes that we can live with — or to which we have had to reconcile ourselves. The reaction against the so-called “head tax” has shaken me even more.

Perhaps I shouldn’t be surprised. The Seattle that I grew up in was far from perfect — progressive but non-confrontational in its politics, compassionate but intensely self-interested in its professions, clear-eyed on some social issues (gender equality and gay rights, for example) but less so on others (racial inequities, in particular).

Still, I had always thought that Seattle’s was a population that could be reasoned with — that was perceptive enough to understand which political actors were causing its community harm and which were trying to mitigate that harm. Recent events have made me question whether this is, in fact, true.

Whatever one’s opinion of Amazon and the other large tech companies that have moved here in recent years, there can be little doubt that their growth has caused the cost of living to skyrocket, resulting in a swell in the numbers of homeless people as well as the displacement of thousands of residents, including the almost literal decimation of Black denizens from the Central District, where I went to school. At the same time, they have lobbied against efforts to implement a state income tax, which would have made our shamefully regressive tax system fairer, and sought to influence local elections without providing public transparency or accountability.

The head tax was a modest effort to redistribute a small portion of our highest-revenue businesses’ resources to the people who needed it the most.

RELATED: "A timeline of the short life of Seattle's head tax"

The reaction by some members of the public to the City Council’s repeal of the tax less than a month after it was passed has stunned and saddened me. Opponents’ arguments were as predictable as they are devoid of context. The council has been a poor steward of public funds, they say. Every year we spend more and the problems with homelessness get worse. We shouldn’t punish businesses for being successful.

These arguments fail to take into account the political and economic conditions of our city. For if a truly progressive politics is redistributive, siphoning resources from the upper echelons and directing it back towards the bottom, the status quo in our city has long been the reverse. It's suctioning value from workers and redirecting it towards executives and shareholders; taxing the working- and middle-classes at significantly higher proportions than the rich; and allowing developers and corporations to run roughshod over our urban landscape while forcing working- and middle-class people to move away from the place they once called home.

The Seattle that I thought I knew would have understood that the villains of this story are not the members of the city council pushing for progressive change. They are the corporations and commercial groups that seek to stymie it. The city that I thought I knew would have pressured its government to build more affordable housing. It would have marshaled its intellectual and economic might to develop a humane response to homelessness. It would have sacrificed some of its own comfort for the well-being of others. And it would have demanded accountability — from its businesses as well as government.

My wife and I moved back to Seattle, in part, because we wanted to raise our child among left-wing people, people who understood that the redistribution of wealth and power was necessary for forming healthy communities under capitalism. The reaction against the head tax has made me question whether Seattle is indeed that place.

Still, we have no plans to leave. Our parents — our daughter’s grandparents — live here. Our family and childhood friends live here. We have deep roots and networks in this city. Perhaps most significantly, we are fortunate to have jobs that help people and afford us a decent quality of life.

Instead, we will continue to express the values instilled in us by this city: fighting for justice, fairness and equity for working and marginalized people.