Norm Rice led the city when the issue of school busing was boiling over. His latest book offers a path toward solutions during times of tumult. 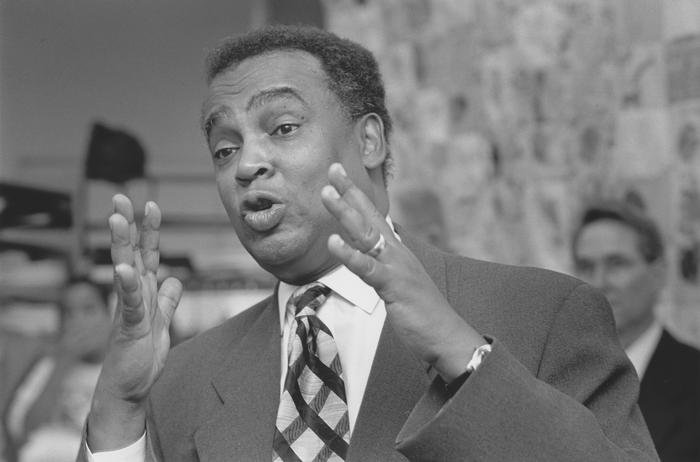 Do we need a healer for mayor?

As we leave the political tumult of 2020, we're already headed deep into the tumult of 2021. Seattle faces a test of its taste in leadership with the decision by Mayor Jenny Durkan not to run for a second term. What kind of mayor suits the times and challenges ahead? The mayoral race looks to be rollicking. Two city council at-large seats will be up for grabs, testing citywide, rather than district-centric, attitudes. Other council members have been thought to eye a run for mayor. And Kshama Sawant, the most senior member on the city council, faces a possible recall.

Enormous problems and tensions still exist: the future boarded-up and beleaguered downtown, for example. COVID-19 restrictions and cautions continue despite the promise of vaccines. Economic challenges for tenants and landlords are significant. The homelessness crisis remains dire. Race, social justice, taxation, policing and the fallout from the pandemic are contentious issues still to be reckoned with, a tough to-do list for any civic leadership. Even among progressives, consensus on how to prioritize and deal with these issues can be divided — and intense.

Last year, with protests in the streets and the confrontations at the CHOP, the mayor and city council at odds and harassment of elected officials at their homes, a level of hostility not seen in this city since the late 1960s threatened to become a new norm. With a former prosecutor as mayor and strident activists like Sawant stirring the pot, it seems little wonder that people on either side wanted the other thrown out — some council members demanded the resignation of Durkan, who this summer was subjected to a failed recall drive. Meanwhile, anti-Sawant "recall" placards have replaced “Biden-Harris” signs in some neighborhoods since the November election.

There is some advice available for times like these, however.

Quietly last summer, a book was published that lays out a path toward solutions. Authored by former Seattle Mayor Norm Rice, the book is called Gaining Public Trust: A Profile of Civic Engagement. It is an earnest title and an earnest book, part memoir and part how-to from Seattle’s first elected Black mayor, who served two terms, from 1990-1998. He also previously served on the city council and drew support and experience from coalitions formed during Jesse Jackson’s Rainbow Coalition organizing here.

The 1970s through the 1990s were generally stable years for mayors — we weren’t changing them like dirty socks, as we do now — but they were not without contentious challenges. In the ’70s, Mayor Wes Uhlman faced recession and political unrest, and survived multiple recalls; in the ’80s, three-term mayor Charles Royer presided over a period of rapid urbanization and debates over the shape and future of Westlake, the waterfront and Seattle Center.

In 1989, Councilmember Rice sought promotion to the mayor’s office at a time when school busing was boiling over. Rice supported the goals of school integration and busing — Seattle reportedly was the only major city to undertake it without a court order, a good thing.

Still, Rice knew it was not a panacea. His opponent for mayor, Doug Jewett, wanted to get rid of busing; a hot issue on the ballot that election cycle was the anti-busing Initiative 34. In announcing his candidacy in 1989, Rice said, “[W]e have all heard new, shrill voices of division — setting community against community, neighborhood against neighborhood, institution against institution, and, most alarming of all, race against race.” Rice writes that he felt “Initiative 34 was burning a hole in my city.”

Rice won the election, but I-34 also passed. “The Seattle electorate had sent a mixed message,” Rice tells us. “They were in favor of the first African American mayor, but they were also in favor of an anti-busing initiative the African American mayor had opposed.” So even though the mayor doesn’t run the city’s public schools, Rice was in the position of having to cope with a divisive issue while furthering equity and desegregation.

When mayoral candidates are interviewed at district forums, they are often asked, “Who was your favorite Seattle mayor?” Norm Rice’s name often comes up, perhaps the safest answer. Personable, cheerful, positive, he seemed to embody a certain Seattle standard. He also accomplished a good deal, not the least of which was implementing much of the “urban village” planning that created zones for channeling density and development. He was a product of neighborhood politics — he had been president of the Mount Baker Community Club — and a coalition builder. He always seemed connected to the people. He was often referred to as “Mayor Nice.”

Gaining Public Trust contains the lessons he learned largely in dealing with the busing crisis: how to get the debate away from racial division and onto a constructive track of providing everyone with a good public education. “My issue,” he writes, “was the mean-spiritedness of the thing. To me it was perhaps more the way Seattleites were dealing with busing than busing itself…. I knew we shared the desire for good schools in every neighborhood. Getting to agreement on a shared value was easy. But how do we get there?”

Rice’s solution was to convene an education summit — an extensive exercise in community engagement, from the grassroots to experts — to develop a plan for moving forward. “Government at its best," Rice concludes, “is simply people working to make their communities and the lives of their fellow citizens better.” Recognizing one another's common interests with their fellow citizens was where he thought the focus needed to be. The other was getting broad groups of folks involved, to have “skin in the game,” Rice says. To find solutions you needed to find agreement — and, Rice reminds us, the means to pay for your proposals.

People tend to make fun of Seattle process, which can be as slow as a banana slug on pavement. But Rice supports extensive civic engagement — he says he thinks every public college or university should have a Department of Civic Engagement devoted to keeping the public informed and involved, studying the ways “movements such as March for Our Lives or Black Lives Matter can move from marching to governing.” Activists, he says, are good at identifying problems; government’s task is to find answers.

The education summit met, brainstormed, held over 300 public meetings and looked for common ground and solutions to improving Seattle’s schools. The result was the Families & Education Levy, now a staple of citizen support for our school system. Busing ended after a 20-year experiment. Few really liked it. But the Families & Education Levy took a broader view of community support for education. Rice points out that the levy, first passed in 1990, also passed in 1997, 2005, 2011 and 2018. The latest version, the Families, Education, Preschool and Promise Plan, passed by nearly 70% of the vote and is funneling more than $600 million to Seattle preschools, hiring family support workers for low-income families, increasing school health care centers and offering free community college for all graduates of Seattle public schools. The measures are focused on reducing inequality. The levy hasn’t solved all the problems with the public schools — not by a longshot — but for nearly 30 years it has improved the system. A divisive debate transformed into something constructive.

Rice worries about some current trends that make true, long-term engagement difficult: “In these days of tweeting and texting we are missing a fundamental part of engagement: the ability to digest and reflect. In our haste, we rush to the large fault lines of division, rather than the principle of unity.”

In 2020, that was difficult, with the cries of pain and clamor for change, with frustration and isolation. As we struggle to move forward, Rice contends we can benefit from some old-school tactics: “The patience to hear, patience to listen, and to ask for clarity makes us fall short in a world that demands an instant response. Until we ask for clarity the opportunity drifts and uncertainty reigns.”

When I talked with Rice last fall, he told me we needed to “heal and rebuild” Seattle. “The thing that’s frustrating me most is how do you bring down the volatility and start listening?”

Surely in 2021, amid the clamor to build a better city and society, more listening, patience, digestion and clarity should be welcome, along with leaders who can marshal those attributes into serious problem-solving.