Why does it take a snowstorm to open more shelter space in Seattle?

Fewer homeless people would be outside freezing if the city had done more to bring them inside when the pandemic began. 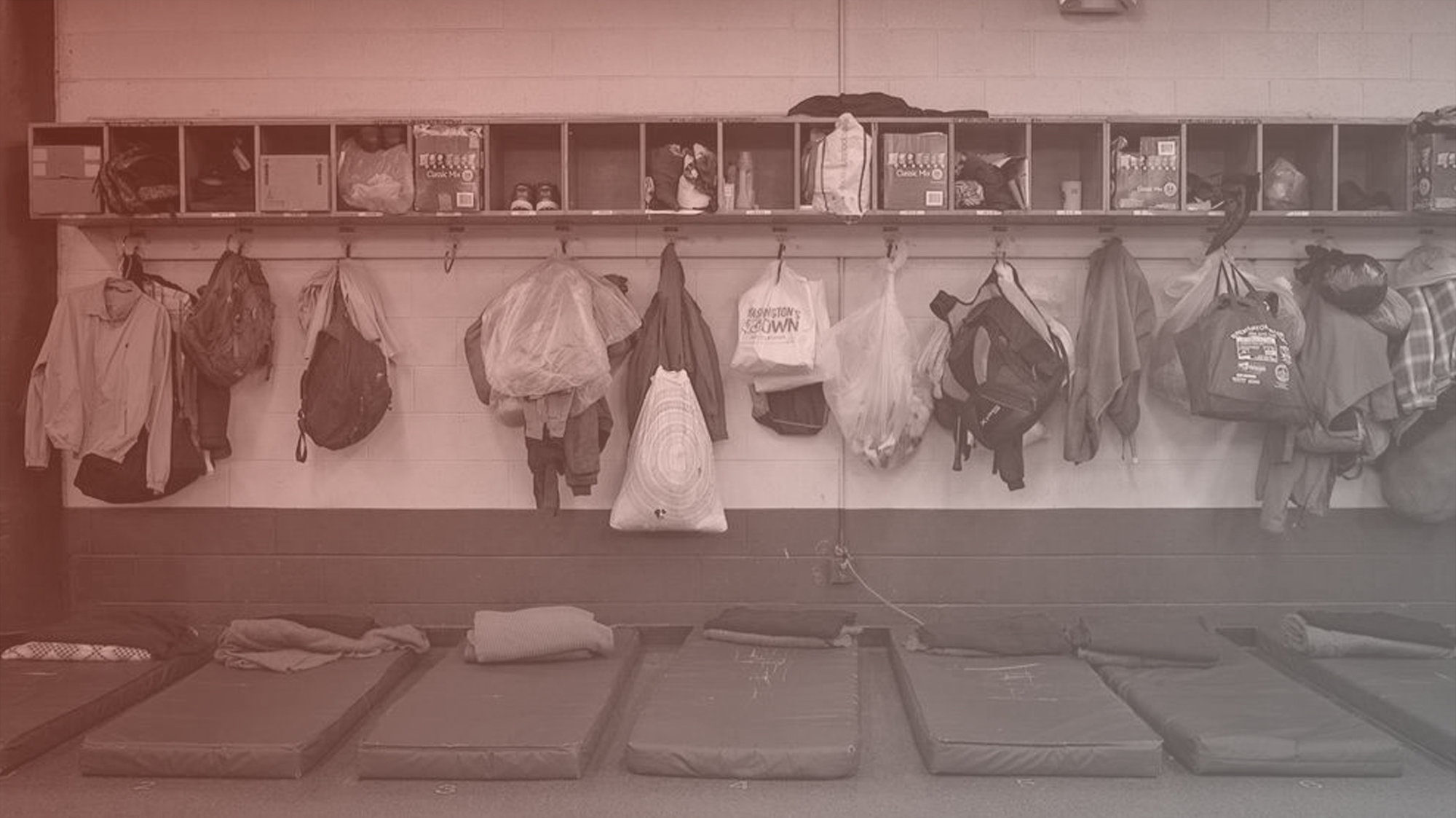 It is a mistake to think that severe weather shelter, especially when opened at short notice, is an adequate safety net for the more than 5,500 people sleeping unsheltered on any given night in King Count, writes Katie Wilson. (Jen Dev/Crosscut)

On Wednesday, a dozen people stood silently in the chilly sun on the steps of Seattle City Hall, holding signs hand-painted with names. One of those names was Cheryl Peters, a 59-year-old woman who died of hypothermia in the University District on Jan. 25. Another was Ryan Johnston, 29, who died in a vehicle on Alaskan Way on Jan. 8, also of hypothermia.

The grassroots group Women in Black stands vigil in memory of every homeless person who dies outside, in a public place or by violence in King County. In 2020, they stood for a record 153 people, including six who succumbed to hypothermia. Last week, they were standing for this year’s first crop of deaths, a baker’s dozen. In addition to the two who died from hypothermia, six were deaths of despair: two suicides and four overdoses.

The weather forecast called for snow, with lows in the 20s. The previous day, Seattle and King County announced two temporary overnight severe weather shelters: the Fisher Pavilion at Seattle Center, with room for 80 people, and a space downtown for 25 men. The following night, Seattle opened 86 more shelter spaces at the Bitter Lake and Garfield community centers. Several other King County cities, including Burien, Auburn, Kent, Issaquah and Shoreline, have also scrambled to open temporary shelters this week.

Why wait for truly bitter temperatures and storm warnings to open these shelters? According to the Seattle Human Services Department, “a short-term winter weather emergency response is activated when there is a snow accumulation in excess of 1 inch and/or forecasted temperatures of 25 degrees or below for multiple days.”

Department spokesperson Kevin Mundt says the 25-degree threshold has been in place since at least 2004, and that the city does have flexibility: “If there is a prolonged period of cold temperatures forecasted (cold but not under 25 degrees), the city will evaluate opening winter shelter resources depending on service provider capacity, building availability and duration of the forecast.” He also notes that COVID-19 has added “layers of complexity” to opening shelters.

But service providers I spoke with were skeptical. “This is the first time I’ve ever heard that policy,” says Rev. Rick Reynolds, executive director of Operation Nightwatch, which provides nighttime meals and connects people with shelter. “It was 32 degrees. I’ve been doing this work for 27 years.” A 2016 blog post from the Seattle/King County Coalition on Homelessness concurs: "Severe weather shelters tend to be opened in King County when the temperature is below 32 degrees." WHEEL, a grassroots effort that facilitates low-barrier women’s shelters and sponsors Women in Black, operated a cold weather shelter before it converted to an all-winter shelter in 2010; at that time, WHEEL and other providers were contracted to open on nights when the temperature dipped below freezing. That’s also the standard in Snohomish County and Tacoma today.

Should Seattle and all of King County change their official thresholds to 32 degrees? And work with shelter and service providers and the homeless community to develop shared plans for severe weather, since clearly everyone is not on the same page? Yes, that would be an improvement. But that’s not really the main point. There’s something perverse about public officials, all presumably housed in heated homes, deciding precisely what temperature counts as cold.

“Every time there’s severe weather, understandably people’s concerns about shelter availability are elevated,” says Alison Eisinger, executive director of the Seattle/King County Coalition on Homelessness. “And yet it is possible to die of hypothermia at 36 and raining.” In fact, most cases of hypothermia happen at temperatures of 30 to 50 degrees.

It’s also a mistake to think that severe weather shelter, especially when opened at short notice, is an adequate safety net for the more than 5,500 people sleeping unsheltered on any given night in King County. For one thing, a few hundred beds are clearly not enough. But there’s a bigger issue. Given the year-round shortage of affordable housing and shelter that meets people’s needs, many homeless people adapt by finding as much stability as they can outside, camping near people they trust or in a spot that feels relatively safe. “If you have made arrangements and the weather shifts, there is a lot to consider [about] whether [to] uproot the situation you have made for yourself,” says Eisinger. Many people make a rational choice to stay put and brave the weather. Some pay with their lives.

The larger point, then, is how completely our governments have been failing homeless people throughout the pandemic, not to mention in the five-plus years since Seattle and King County declared homelessness a state of emergency in November 2015. Many thousands of hotel rooms have stood empty for almost a year. How have we made so little progress opening those rooms to people without homes? Yes, there should be an additional response when smoke or snow or bitter cold compound the dangers of living outside. But the emergency is year-round, and we’re not stepping up.