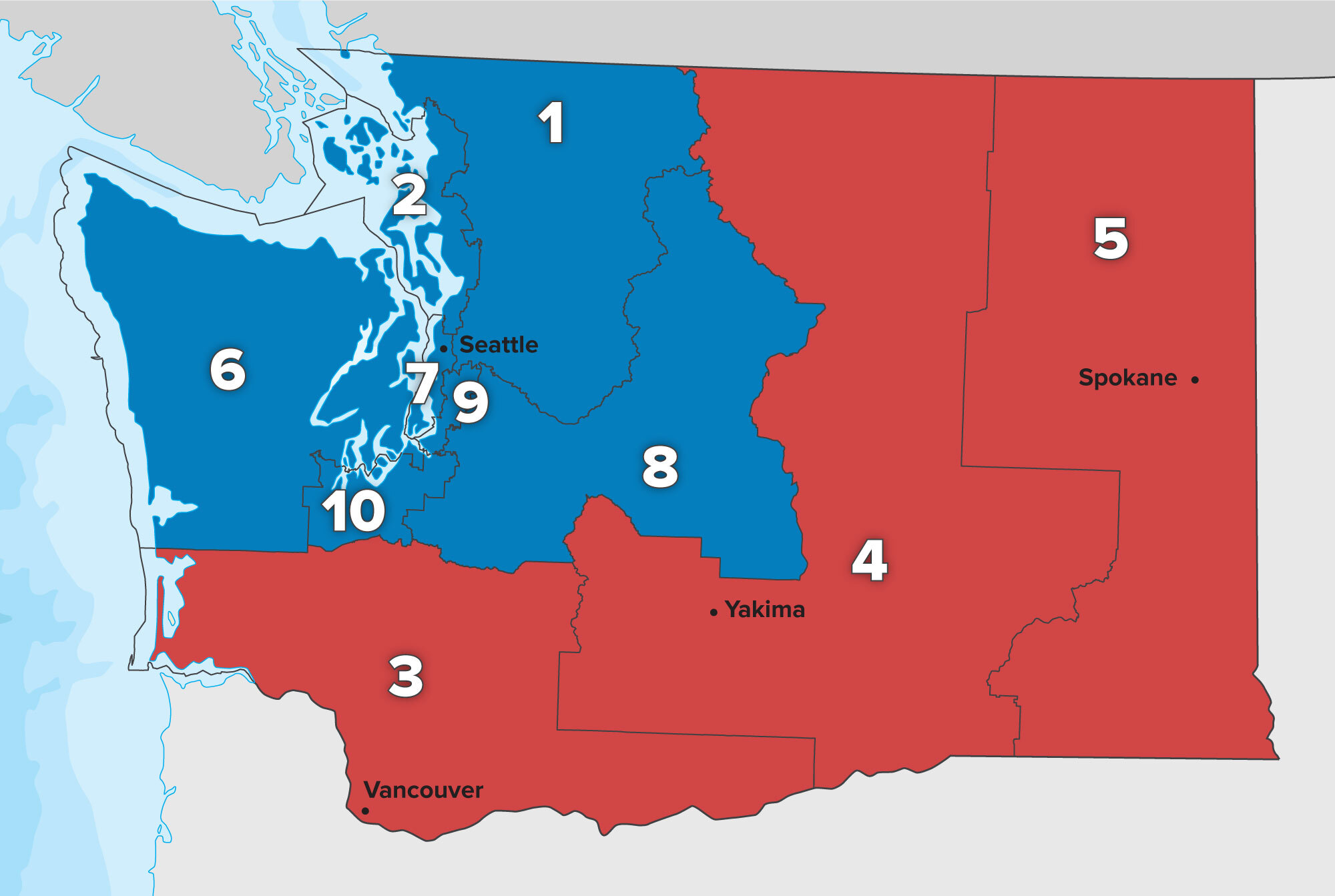 To most people, few things sound as boring as redrawing political district maps. But when it comes to determining who will wield political power in Washington state for the next decade, there’s probably no process that’s more important.

Right now, members of the Washington State Redistricting Commission are deciding the state’s political future, as they debate new boundaries for Washington’s 10 congressional and 49 legislative districts.

Each of the four voting members of the commission — two appointed by Democrats, two by Republicans — recently released their own maps proposing new district lines. This process happens every 10 years, based on the results of the latest U.S. census.

At least three of the commission members are supposed to agree on a final plan by Nov. 15. If they can’t agree, the final decision will be left to the state Supreme Court.

Here are some of the issues at play as the Democratic and Republican commissioners try to hammer out their differences. You can comment on the commissioners’ proposed maps on the Redistricting Commission’s website, or by attending public outreach meetings scheduled for Oct. 5 and Oct. 9.

Democrats control both chambers of Washington’s Legislature, seven of the state’s 10 seats in Congress and the governor’s office.

As the two Republican commissioners work to redraw district lines, they are doing so with an eye toward gaining more seats — and greater political relevance in the coming decade.

“The minority always wants more competitive districts, because then there are more districts in play, and they have more routes to getting a majority,” said state House Minority Leader J.T. Wilcox, R-Yelm, in an August interview. By contrast, the party in the majority has a vested stake in having safer districts, he said, so they can more easily stay in power.

Following that principle, Republicans want to see at least one more congressional district drawn in a way that a Republican can win. Washington currently has three reliably Republican congressional districts; GOP leaders say adding one more would better match the political makeup of the state, which they say is far less than 70% Democratic. As evidence: Democrat Joe Biden won 58% of votes cast for president.

Democrats have roundly denounced Republican attempts to draw districts where GOP candidates have a better chance of winning, calling it blatant gerrymandering. While the state law outlining the redistricting process does say district lines should “encourage electoral competition,” Democrats say that doesn’t necessarily mean competition between Republicans and Democrats.

Because the state has a top-two primary, in which the two candidates with the most votes advance to the general election regardless of their party, two Democrats can — and often do — face off in a heated matchup. Last year, for instance, the state’s most competitive legislative race was between two Democrats in the 5th Legislative District, noted April Sims, one of the Redistricting Commission members appointed by Democrats.

“You could argue that, in a top-two primary state, every district is competitive,” Sims said.

This difference in philosophy is reflected in the partisan breakdowns of the commissioners’ maps. Both of the Democratic maps increase the number of safe Democratic legislative seats to at least 28 — and possibly more, depending on what metric you use. (So far, Republican and Democratic commissioners haven’t settled on a single method of measuring a district’s partisanship.) The Republican maps, meanwhile, create fewer safe Democratic seats.

“That is a Republican strategy that is playing across the country right now — and it is undemocratic,” Walkinshaw said this week.

Republicans, for their part, think Democrats did some underhanded things with their maps, too.

Alex Hays, a Republican political consultant, pointed to how both Democratic commissioners’ maps would move liberal San Juan County into the 10th Legislative District, in effect making that swing district substantially safer for Democrats going forward. That district was home to one of last year’s most competitive state senate races, in which a Republican narrowly defeated a Democrat.

Democrats would also place conservative state Rep. Jim Walsh of Aberdeen in a new, more Democratic district, setting him up for a tougher reelection bid, said Hays, who worked on Walsh’s recent campaigns.

Districts that are majority people of color

Democrats say their primary motivator when drawing their maps wasn’t to increase competition between the political parties. Instead, they said, they focused most on ensuring communities of color aren’t split between districts — something that can dilute those communities’ political power.

Other commissioners said they prioritized this as well, with varying results. Graves, one of the Republican commissioners, said his maps would create eight majority people-of-color legislative districts, while increasing the number of congressional districts that are mostly people of color from one to two.

A coalition of groups representing communities of color, however, took issue with Graves’ congressional map, which they said would split communities of color in South King County and effectively give them a smaller share of the vote. That coalition, Redistricting Justice For Washington, also expressed concern about ways the Democratic commissioners’ maps would place parts of South Seattle and the Chinatown/International District in the whiter, wealthier 7th Congressional District, instead of with more diverse communities to the south.

“Protecting communities of color means not dividing them,” said Andrew Hong, a lead organizer with Redistricting Justice For Washington.

All four commissioners drew maps that keep the Yakama Nation in one district, after tribal leaders asked for that. The Yakama reservation was split into two legislative districts during the last round of redistricting in 2011.

One of the goals of redistricting, according to state law, is to limit the number of counties and cities that are split between districts.

The commissioners each approached this task in different ways. Most tried to reduce the extent to which Bremerton and Renton in particular are split between legislative districts. That’s something people from those communities asked for during public hearings.

“When you hear from communities that having their community or cities divided into so many districts impacts their ability to have a voice, or their ability to engage with their elected officials, that’s really compelling,” said Sims, one of the Democratic-appointed redistricting commissioners.

Renton — which is more than 55% people of color and tilts Democratic — was divided among five legislative districts during redistricting in 2011. The South King County city “just got carved up,” said Ben Anderstone, a Democratic political consultant.

Bremerton similarly was split among three legislative districts in 2011. In the newly proposed maps, all of the commissioners reduced the number of district divisions in Bremerton, while three out of four of the commissioners created fewer splits in Renton, according to a Democratic analysis.

Republican Commissioner Joe Fain said he focused on trying to keep school districts intact. That’s not explicitly required by the redistricting statute, but Fain said it aligns with the part of the law that requires keeping "communities of interest" together. He said it also fits with a key provision of the state constitution, which establishes education as Washington’s paramount duty.

"...Not everyone in Washington lives in a city, but everyone lives inside a school district," Fain wrote in a text message Thursday.

Particularly when it comes to state legislative races, incumbent politicians have a lot riding on these new maps. State law requires legislators to be registered to vote in the same district they represent — so, if redistricting suddenly puts a legislators’ home in a different district, it can pose a challenge to their reelection.

Fain’s map, for instance, would draw 20 legislators out of their current districts — 15 Democrats, and five Republicans, his office estimated.

Walkinshaw’s map, conversely, would move 23 lawmakers to new districts; 15 of those would be Republicans and eight would be Democrats, according to his office.

In other cases, commissioners looked as if they went out of their way to protect incumbents, even though each commissioner said that wasn’t their focus.

In both of the Democratic commissioners’ maps, a revised 9th Congressional District is adjusted to include several lower income communities in South King County, while removing some wealthier areas to the north. That aligns partly with a request from Redistricting Justice For Washington, which asked commissioners to create a working class district in South King County made up mostly of people of color.

Yet each Democrat’s proposed 9th District would still reach up into a part of South Bellevue, where U.S Rep. Adam Smith lives, keeping the Democratic congressman within the district.

“They both split Bellevue right in half,” said Graves, one of the GOP commissioners, of the Democratic maps. “I think that’s strictly for incumbent protection, to keep incumbents in their current districts. I don’t think there’s a rational reason.”

Similarly, the Democratic maps would ensure the boundaries of a redrawn 1st Congressional District continue to include Medina, where incumbent U.S. Rep. Suzan DelBene lives, even as the rest of the redrawn district stretches northward and to the east.

Unlike members of the Legislature, members of Congress can live outside the district where they seek office — although it often becomes a campaign issue if they do so.

Updated to clarify that only one of the Republican maps cuts Suzan DelBene out of her district, 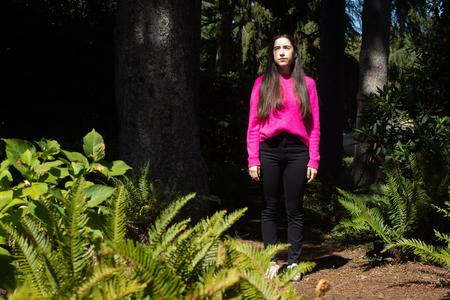 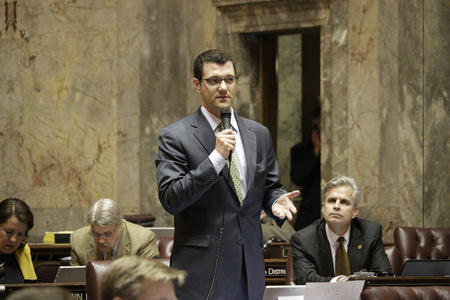