Poll: Red wave not likely to wash up on WA shores

Even with popularity for President Biden and Gov. Inslee declining, voters are favoring blue, according to a Crosscut/Elway poll. 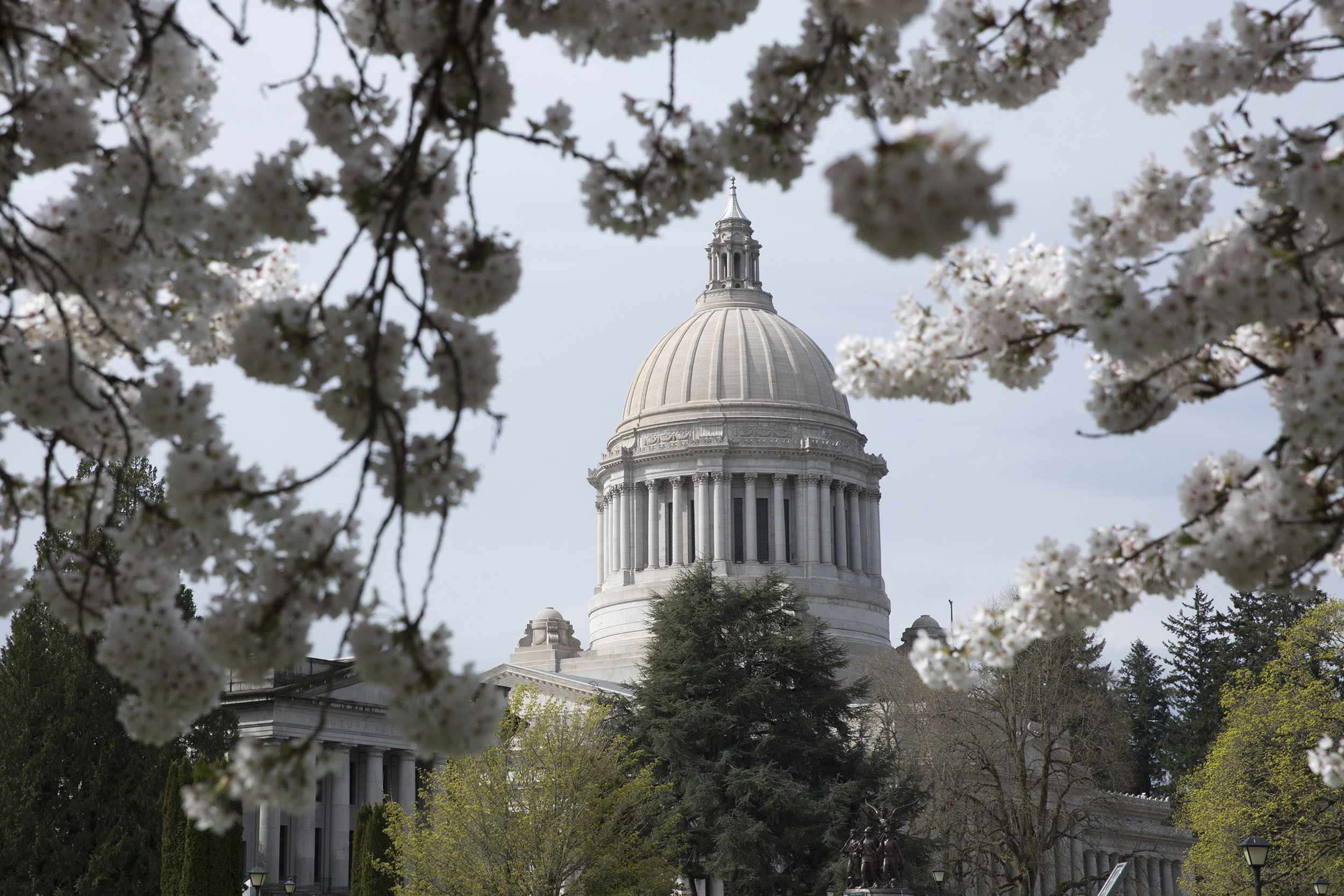 A red wave that some had forecast for Washington’s midterm elections might turn out looking more like a ripple, according to a new Crosscut/Elway poll.

Even as favorability numbers sag for President Joe Biden and Gov. Jay Inslee and residents express a generally sour outlook, the poll showed Washington voters still rallying around Democrats for the coming elections.

The statewide poll of registered voters has Democrats holding a 19-point lead – 51 to 32 – in the generic ballot for Congress. A similar question for the Legislature showed 54% of those polled planned to vote for Democrats while 34% favored Republicans.

Those numbers show Democrats are even more popular in Washington state than they were before the previous congressional election in 2020, according to the results of a similar Crosscut/Elway poll fielded in late December 2019.

Participants in that poll more than two years ago gave Democrats a 17-point advantage over Republicans. The divide peaked in August 2019, with a 20-point gap, the largest in 28 years of polling, according to pollster Stuart Elway.

The July 7-11 poll of 400 registered voters arrives as voters start to mark ballots for the Aug. 2 primary races for U.S. Congress, the Legislature, secretary of state and more. 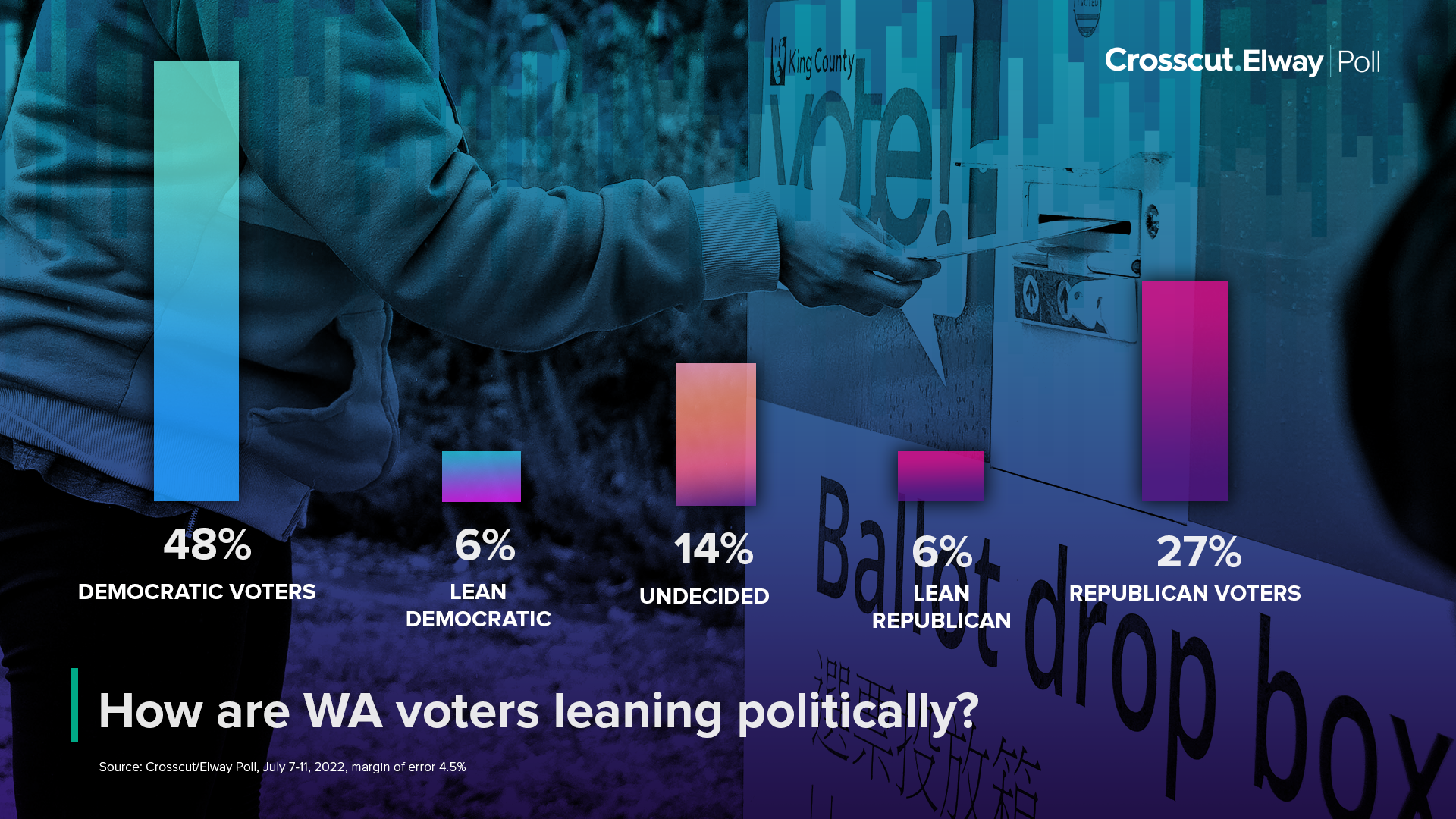 The poll shows another rift: the gap between two GOP representatives from Washington state who voted to impeach former President Donald Trump and the voters casting ballots in their races over the coming days.

As a backlash to the Biden administration and Democratic control of Congress percolates across the nation, Republicans have an opportunity to win at least one seat in the U.S. House of Representatives, where Rep. Kim Schrier, D-Sammamish, is expected to face a tough challenge in Washington’s 8th Congressional District.

Meanwhile, the GOP is looking to pick up seats in Olympia, where Democrats hold healthy majorities in the state House and Senate.

“We’ve got this horrible voter outlook, Biden is in the tank, Inslee’s numbers hovering near low,” said pollster Stuart Elway. “And yet, in our election numbers the Democrats are doing much better than they were six months ago.”

An Elway Poll released in January showed Murray drawing just 42% support while a generic Republican pulled 39%, with 19% undecided. A question then about which party voters would support among state House and Senate candidates generated a similar margin of support for Democrats and GOP candidates.

The recent Crosscut/Elway Poll was conducted between July 7 and July 11, with a mix of landline, cell phone and online survey questions. It has a 4.5% margin of error at the 95% confidence level. In other words, if the survey had been run 100 times, the results would be within 4.5 percentage points of these results in at least 95 of those scenarios.

Two big political developments have come since the January poll. The U.S. House of Representatives has held high-profile committee hearings on the Jan. 6, 2021 insurrection at the U.S. Capitol. And last month, the U.S. Supreme Court reversed its federal protections for abortion, overturning a half-century-old precedent.

The Jan. 6 hearings, however, don’t seem to be making much of a dent within the Republican Party about voters’ support for Trump.

Polling results also outline the divide over confidence in Washington’s voter system, which comes amid a special statewide election for secretary of state.

Washington’s vote-by-mail system, which was pioneered with the help of Republican election officials, is considered by experts to be one of the more secure in the country, and documented voting fraud is rare. Courts here have dismissed at least two lawsuits claiming election fraud in Washington’s 2020 elections.

Overall, 66% of those polled are confident in Washington’s mail-voting system, with 52% “very confident.”

That masks a partisan split, with 80% of Democrats “very confident.” At the same time, 52% of Republicans were “not at all” confident and an additional 23% “had doubts” for a total of 75% of GOP voters who lacked confidence. Nearly two-thirds of independent voters had at least some level of confidence in the system.

The July poll gives voice to a sour mood, with Biden drawing only a 31% favorable rating. Inslee hovered near his lowest-ever favorable rating, with 40% rating the governor “good” or “excellent.” Another 59% rated the performance of the three-term Democrat as “fair” or “poor.”

Another question in the survey – whether residents expected things to go well or not as well in the coming year – reached the lowest level in the past three decades of it being asked. 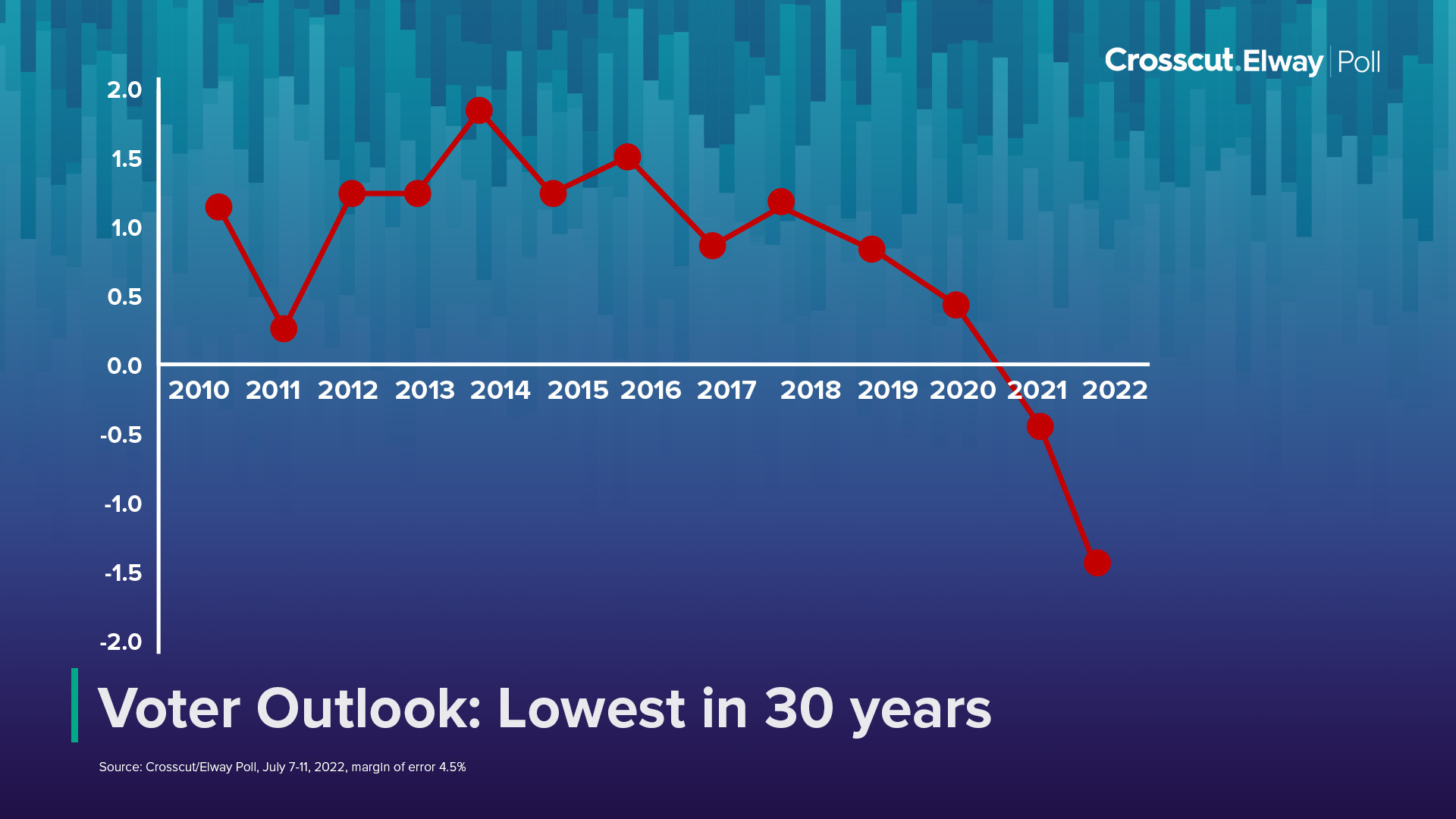 Most poll respondents said they expected things at home and across the country to be somewhat worse or much worse. And while there was a political division on that question, Democrats and Republicans both seemed to be pretty pessimistic about the country with Democrats being more optimistic about the state, their communities and their households.