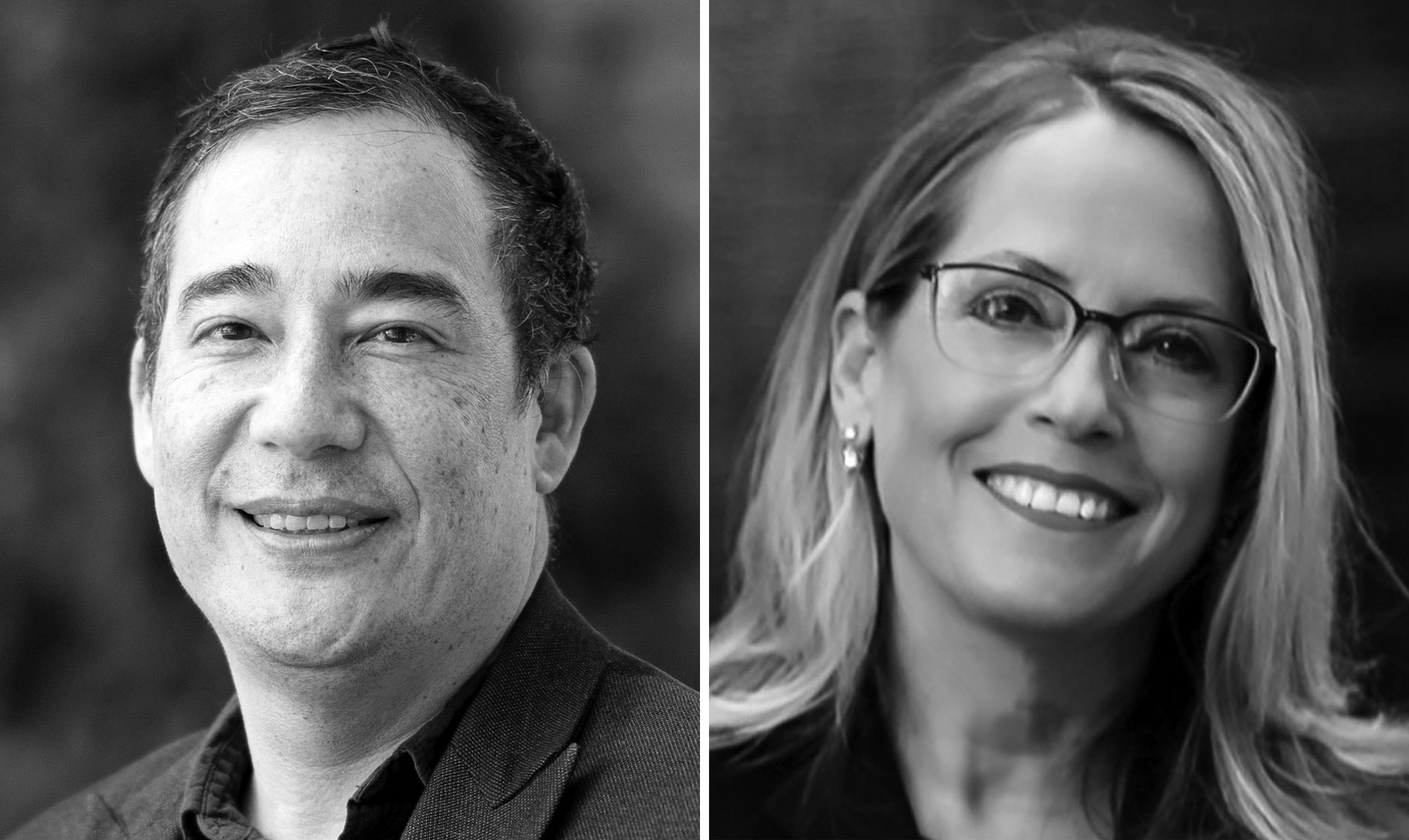 Washington Secretary of State Steve Hobbs holds a narrow lead in the special election to keep his office against nonpartisan candidate Julie Anderson, according to a new Crosscut/Elway poll.

Appointed last year by Gov. Jay Inslee to fill a vacancy, Hobbs, a Democrat, leads Anderson 31% to 29%. Another 40% of voters said they are still undecided, according to the poll.

The tight and unsettled race – along with the special election itself – is a bit of a novelty for Washington voters, who for the past several decades have elected Republicans to the job. But Hobbs and Anderson – who as Pierce County auditor since 2009 administers elections in Washington’s second-largest county – earned the most votes in an eight-way August primary.

Now voters are tasked with choosing between an appointed incumbent and a nonpartisan candidate, neither of whom are well-known statewide, “which is really changing the dynamics” of the race, said pollster Stuart Elway. 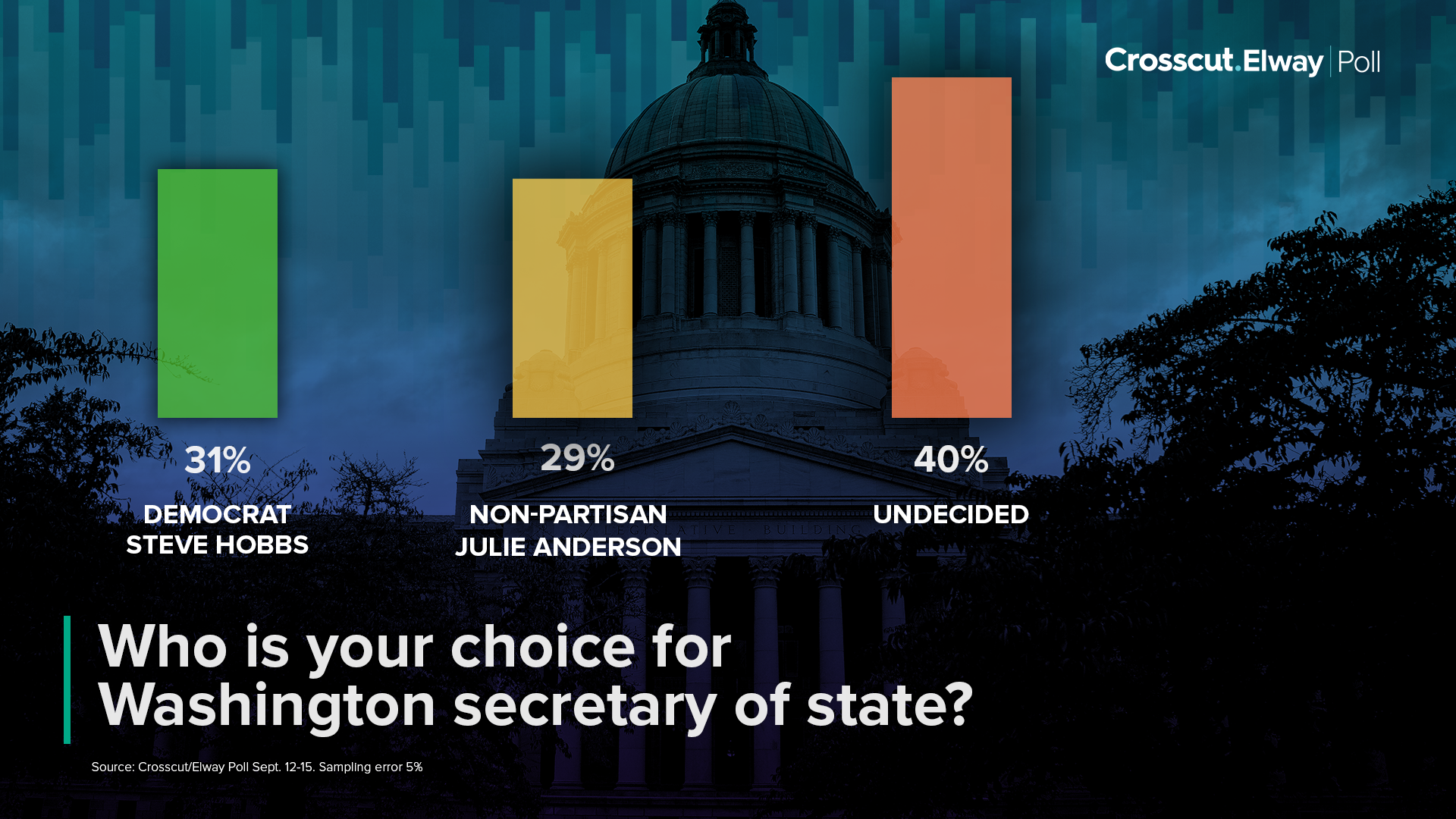 The special election comes after thrice-elected GOP Secretary of State Kim Wyman took an election-security job last year in the Biden administration. Inslee appointed Hobbs, a longtime Snohomish County state lawmaker, to the vacancy. Hobbs is the first person of color to lead the office.

Hobbs didn’t come with election experience prior to his appointment, unlike Wyman and her predecessor, Sam Reed. A lieutenant colonel in the Washington National Guard, Hobbs has played up his extensive legislative and military experience as an asset for an office that must fend off cyberattacks and election mis- and disinformation.

Once pilloried by some on the left for his moderate views and clashes with Inslee and progressives over legislation in Olympia as a lawmaker, Hobbs has described himself as a “radical centrist.” In the campaign, he has touted his move to double the secretary of state’s cybersecurity team to eight people, among other efforts to strengthen election security.

He faces Anderson, a longtime elections official running without party affiliation. She’s described partisanship as a “destructive distraction” for the state’s top election office. Anderson has campaigned on, among other things, looking for ways to strengthen trust in elections by expanding what are known as risk-limiting audits.

As of Wednesday, Hobbs has raised nearly $540,000 for his campaign, according to the Washington Public Disclosure Commission. Anderson has raised about $253,000.

The winner of this race will serve through 2024, when another secretary of state election will be held.

The statewide poll of 403 likely voters was conducted Sept. 12-15 and comes a month before ballots go out for the Nov. 8 general election voting period. The Crosscut/Elway Poll has a 5% margin of error at the 95% confidence level, which means that if the survey had been conducted 100 times, the results would be within 5 percentage points of the results reported here at least 95 times.

A handful of unassuming, ideologically split districts have become hotbeds of political power for both Washingtons.